Idea for The Ranthambore Escapade came in the middle of last year, after Shamik (@darkside_of_d_sun) continuously bugged me for not arranging a mega meet for such a long time. We initially identified a few spots and I kept going back to Ranthambore. However we weren’t sure how easy it would be to organize a meet and in particular, safaris for such a large group.

That is where @bhuwan singh stepped in and generously offered to take care of all the logistics and with that, headaches! Thanks to his efforts, dedication and support, I didn’t even have to lift a single finger to arrange anything.

By 13th March, a thread announcing the meet was posted in the Offline Meets/Get-Togethers section and officially the meet was on. And slowly but steadily, bookings started happening as well. All the while, Bhuwan sir was continuously coordinating with hotel and I, ensuring that in case of any confusion, matter was sorted out ASAP!

I was supposed to travel with Amit (@invincible) and one of his friends and we weren’t sure whether we would be riding or renting a car. Then another of his friend decided to join in and we knew that there was no way we were going to do this trip on motorcycles. Then @vickychd very generously offered to lend us his Scorpio for the trip.

Day before the meet, I got a call from @jigisha, who informed me that she was flying into Jaipur to surprise Amit and would be joining us for the meet. While she was planning to take bus from Jaipur to Sawai Madhopur, I didn’t wanted to see that happen. So I came up with a plan to trick Amit into driving to Jaipur.

Since @Ananth couldn’t come, I requested him to go with my plan and tell Amit that he was planning to fly to Jaipur, in case Amit asked him. I also called Vicky to let him know of the plan and requested him to carry on through the Alwar route, while we first went to Jaipur.

Around 8:30pm I got a call from Amit that he had been in an accident and had suffered injuries on his leg and he wasn’t sure whether or not he would be able to drive. Since it has been more than a decade since I drove and none of the girls knew how to drive, we weren’t sure how we were going to do this trip.

I tried to arrange for a driver, but that late in the night, it was tough to find one. So I asked Amit to travel with the girls in Sachin’s car, while I would ride to Ranthambore, poor Jigisha would eventually have to travel in a bus. At around 10:30pm I went to bed and slept for around half an hour, when I got a call from Amit.

After massage from Ravinder (Vicky’s driver, who had come to drop the car), Amit was feeling better and was confident about driving to Ranthambore. While I tried to persuade him to change his mind, he wasn’t going to budge, so I started packing and finished off some work, before booking taxi to take me to his home in Gurgaon. 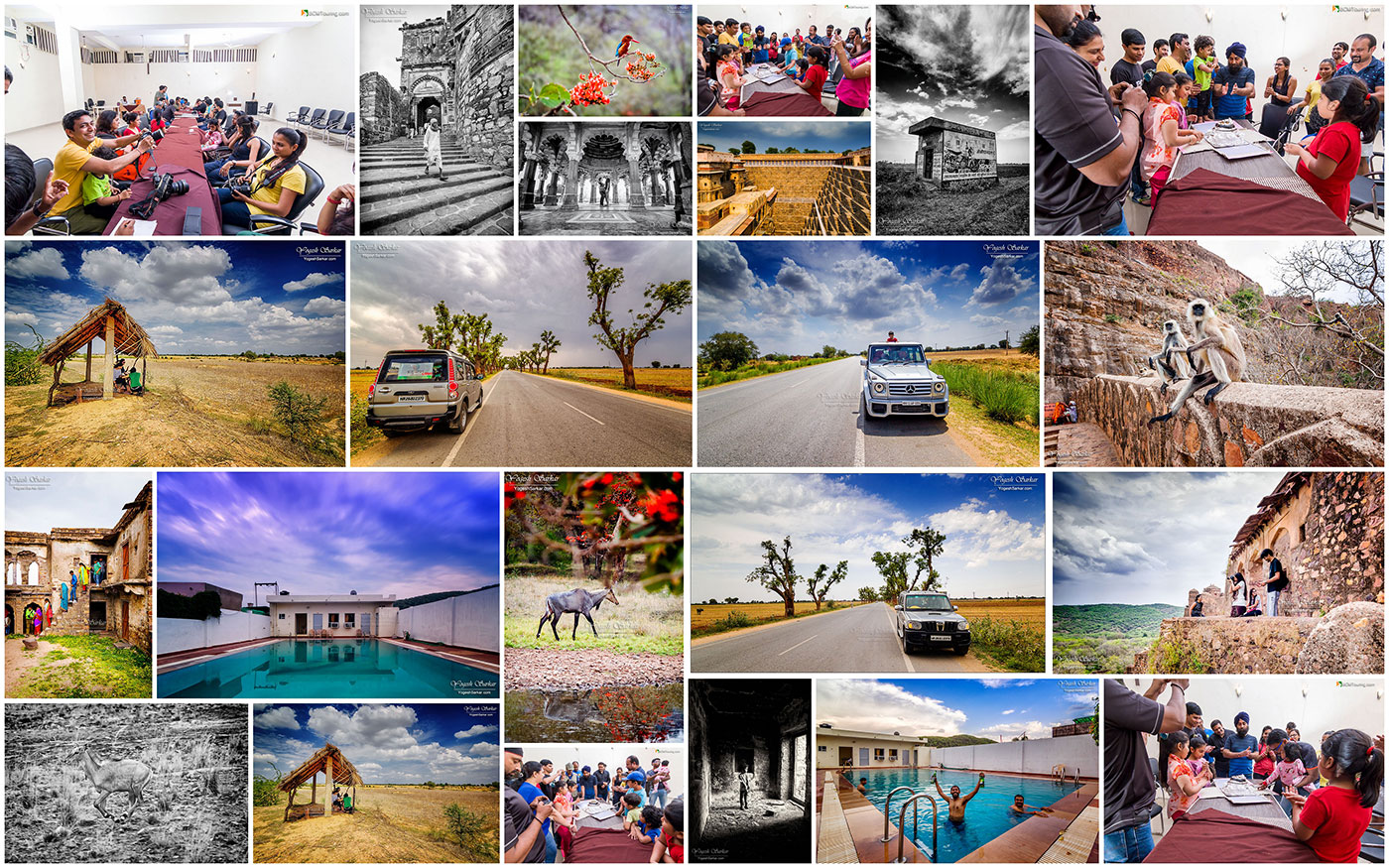 Don't worry Amit, your secret is safe with me .

It was quite an eventful start of a trip.
Waiting for the remaining report.

Thanks sir and yes, quite an eventful trip, even before the trip had begun and it only got interesting afterwards.
R

Oh!!..... at last the most awaited log of the year from the MOD himself.Eagerly waiting.