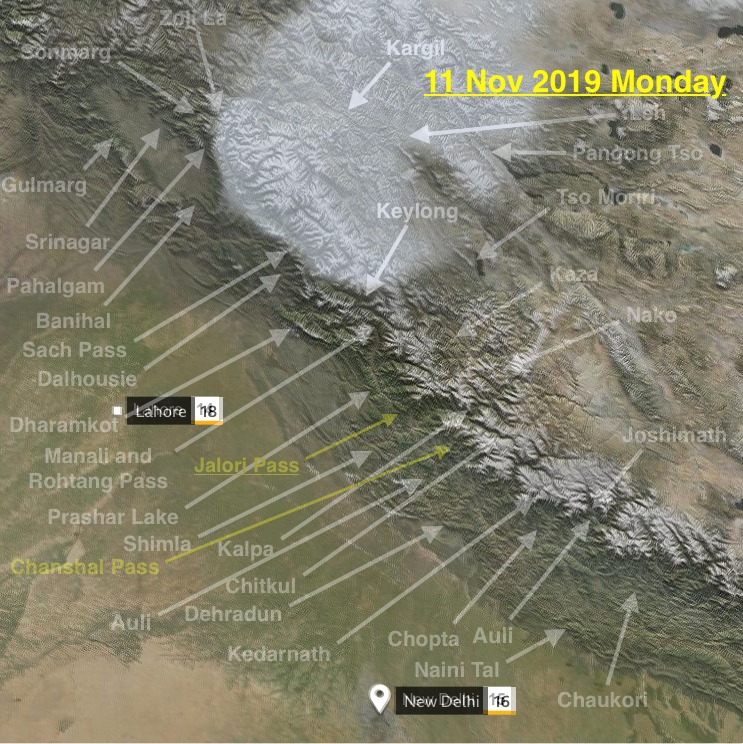 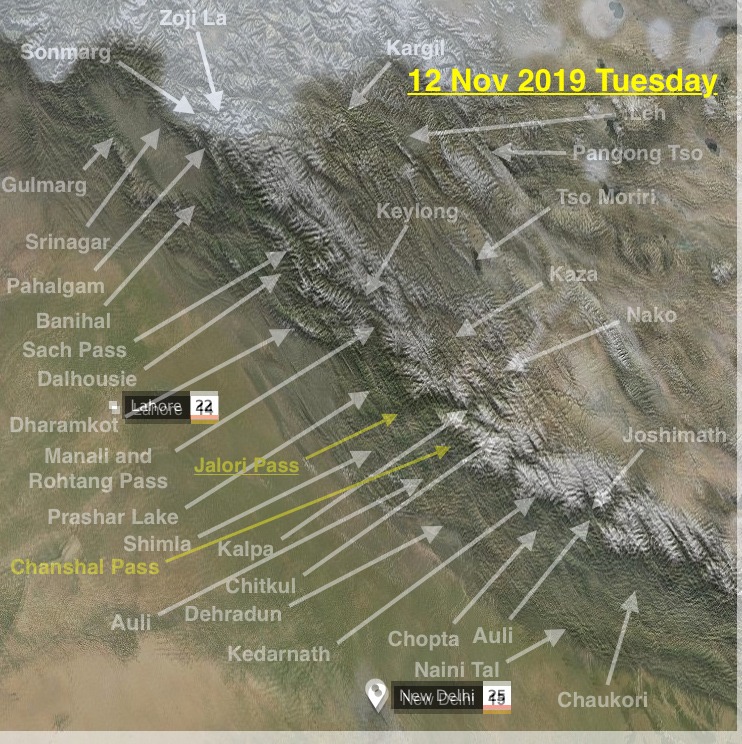 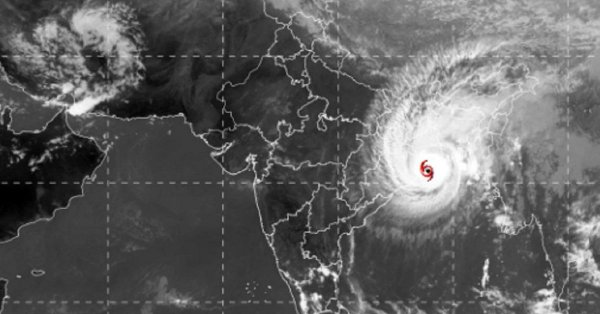 Updated on Nov 9, 10:30 PM: Severe Cyclone Bulbul completes landfall, next 6 hours remains crucial for West Bengal as it moves inland
Cyclone Bulbul finally made landfall over Indo-Bangladesh coast on Saturday night as severe cyclonic storm. Bulbul had crossed the coast abeam Sagar Islands and continues to track northeastwards. According to weathermen, the landfall process has finally finished and Bulbul is now travelling over the land towards Bangladesh. Landfall process takes about two hours to complete.
The storm was accompanied with torrential rains and high velocity winds to the tune of 110-120 kmph gusting up to 130 kmph.
As reiterated, the next 6 to 8 hours continues to be crucial for West Bengal as Bulbul would take another six hours to weaken into Cyclonic Storm after crossing coast. Thus, next 12 hours will be crucial. Storm surge will be from 8 to 10 feet that would lead to inundation in the low lying areas.
Lightning strikes are to be watched out for, which may be damaging. Coastal areas of West Bengal inclusive of Digha, Howrah, Hooghly, 24 Parganas, Medinipur are witnessing winds in excess of 100 kmph while Kolkata winds were in excess of 70-80 kmph.
Moving northeastwards further, it would head for the northeastern states of India as a depression. However, this would be not before Sunday morning.
Bulbul has already given extremely heavy rains in span of 12 hours, wherein Kolkata recorded 72 mm of rains, Digha 93 mm, and Diamond Harbour 75 mm. Heavy rains would continue to lash several parts of West Bengal throughout.
Updated on Nov 9, 9:40 PM: Landfall process begins for Severe Cyclone Bulbul
Bulbul has already crossed abeam Sagar Islands with the peripheral clouds reaching the coast. Thus, the landfall process for Severe Cyclone Bulbul has begun. The landfall is a two hour process.


Talking about rain figures, Kolkata has recorded 72 mm in six hours until 8:30 pm, Diamond Harbour 75 mm, and Digha a whopping 93 mm.
More rains are coming up for Digha, Howrah, Hooghly, 24 Parganas, Medinipur with winds in excess of 100 kmph. The city of Kolkata will also see winds of 70-80 kmph.
Extremely heavy rains are likely with damaging lightning strikes. The next 6 to 8 hours will remain crucial as Bulbul after crossing coast will weaken into Cyclonic Storm, which will take six hours.
Updated on Nov 9, 8:25 PM: Bulbul has now weakened into a Severe Cyclone as it gets very close to the coast. In fact, the peripherals of the storm is already touching Sagar Islands and the landfall will begin very soon. It will take about two hours for the eye to cross the land.
Gale force winds, very heavy rains and storm surge of about 8 to 10 feet will be seen as the storm makes landfall. Residents are advised to exercise caution and stay safe.

Updated on Nov 9, 8:00 PM: Bulbul has weakened into a Severe Cyclone and is expected to make landfall anytime now. In fact, the storm is all set to bring very heavy rains, Gale force winds over many parts of West Bengal.

Updated on Nov 9, 7:45 PM: More than 1.2 lakh people have been evacuated from coastal areas of West Bengal as Cyclone Bulbul all set to make landfall.

Updated on Nov 9, 5:00 PM: Very Severe Cyclone Bulbul gets closer to coast, landfall tonight
Very Severe Cyclonic Storm Bulbul is currently near Latitude 20.9°N and Longitude 87.9°E, 90 km south-southeast of Digha. The storm is expected to weaken a little and become a Severe Cyclone at the time of landfall. It will make landfall over the coasts of West Bengal and Bangladesh between the Sagar Islands and Khepupara tonight.
Heavy rains have already occurred in many parts of Odisha yesterday and today, West Bengal has been seeing heavy showers with Dum Dum Airport in Kolkata recording 45 mm of rains in six hours' time. More showers are coming up.
As of 0830 hrs IST of today morning, the Very Severe Cyclonic Storm Bulbul lies centered over Northwest and adjoining West-central Bay of Bengal, near Lat.20.4°N and Long. 88.0°E about 285 km south of Kolkata, 110 km east-southeast of Paradip (Odisha), 190 km south-southwest of Sagar Islands (West Bengal) and 340 km South-southwest of Khepupara.
The system is likely to move northeastwards while weakening gradually, and cross West Bengal – Bangladesh Coast between Sagar Islands and Khepupara (Bangladesh), across Sunderban delta by late evening or night today i.e. November 9 as a Severe Cyclonic Storm. Winds to the tune of 110-120kmph gusting to 135kmph are likely to blow over the region.

Severe Cyclonic storm Bulbul is set to make a landfall between Sagar
Island in West Bengal and Khepupara in Bangladesh in a few hours from now.....With the states of Odisha already experiencing hevay rains in costal districts, the authorities across the affected area have started rescue efforts and people from low lying areas have been relocated to safer places ....Bulbul will bring in heavy rainfall and gale wind upto 135 kmph and has the potential to make extensive damage.
According to the Indian Metereological Deptt, Cyclone Bulbul will make landfall at West Bengal and Bangladesh coasts across Sunderban delta by Saturday late evening bringing in its wake very heavy rain and gale wind of up to 135 kmph along the coastline. It is likely to weaken gradually and cross the coast with a reduced force as a severe cyclonic storm. The National Crisis Management Committee, headed by Cabinet Secretary Rajiv Gauba, has reviewed the preparedness to deal with the severe cyclone 'Bulbul' .
Meanwhile , heavy rain accompanying by wind reaching over 100kmph uprooted several trees, damaged electric poles in coastal and north Odisha as severe cyclonic storm Bulbul moved close to the Paradip coast.
The coastal districts of the state are experiencing heavy rainfall and gusty winds since midnight last night.
The NDRF and ODRAF teams deployed in the coastal Odisha have already started the road clearing operation. At least 60 Fire Services personnel are kept in readiness with vehicles and equipment in Bhubaneswar for deployment to provide emergency service.

Hurtling high-speed cyclonic storm 'Bulbul' is set to make landfall by 11 pm Saturday night between Sagar Islands of West Bengal and Khepupara in Bangladesh and move northwestwards into the neighbouring country over the Sunderban delta. 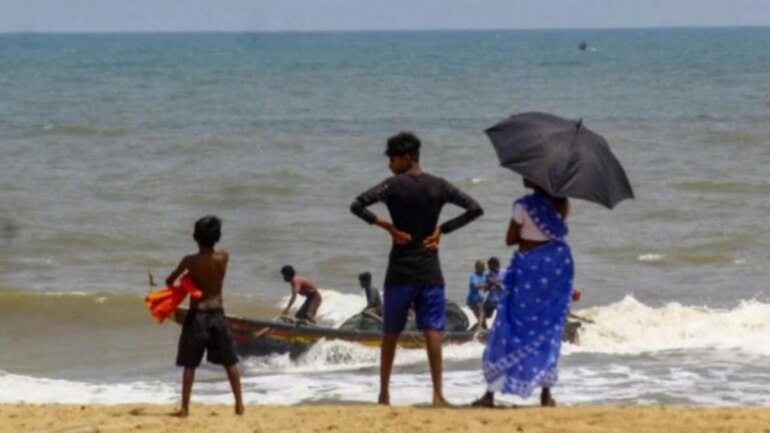 Hurtling high-speed cyclonic storm 'Bulbul' is set to make landfall by 11 pm Saturday night between Sagar Islands of West Bengal and Khepupara in Bangladesh and move northwestwards into the neighbouring country over the Sunderban delta.
The system is likely to weaken gradually after landfall as a severe cyclonic storm with a maximum sustained speed of 110 to 120 kilometre per hour with gusts up to 135 kmph, the Met department said in Kolkata.
Weathermen said that gale wind at a speed of 80 to 90 kmph was prevailing along and off the coastal and adjoining districts of West and East Midnapore, South and North 24 Parganas in the evening of Saturday and was likely to increas gradually to 110 to 120 kmph with gusts up to 135 kmph.
Squally wind with speed of 50 to 60 kmph with gusts up to 70 kmph was likely to prevail over Kolkata during the night, the Met office said.
One death each has been reported from Bengal and Odisha due to heavy rain triggered by the very severe cyclonic storm Bulbul.
Rain lashed coastal West Bengal, uprooted trees leading to death of one person in the city.
Continous downpouring since the early hours of Saturday left parts of Kolkata and its adjoining suburbs with waterlogged streets and overflowing drains.
Trees were uprooted in various parts of the city killing one person in a renowned club of the city, the officials said.
Chief Minister Mamata Banerjee said during the day she is monitoring the situation and the administration has taken all measures to tackle any contingency in view of cyclone Bulbul.

She appealed to citizens to maintain calm and not to panic.
In Odisha, information about the death of one person due to a rain-related wall collapse incident has been received from Kendrapara district and the matter is being enquired, Special Relief Commissioner (SRC) PK Jena said.
Chief Secretary Asit Tripathy said the state government is keeping a close watch on the situation and necessary action is being taken to deal with it.
In Delhi, the National Crisis Management Committee (NCMC), the country's apex body to handle any emergency, on Saturday reviewed the preparedness to deal with the very severe cyclone 'Bulbul' over the Bay of Bengal.
The NCMC meeting was headed by Cabinet Secretary Rajiv Gauba.
In Odisha, around 4,000 people have so far been evacuated from vulnerable and low-lying areas in some coastal regions of the state and shifted to 47 cyclone shelters, officials said.
Personnel of the Indian Coast Guard are in all readiness to tackle any eventuality in the wake of cyclonic storm 'Bulbul'.
Ships have been moved to safer locations at Paradip, Dhamra and Sagar Island coasts, Inspector General of Coast Guard, Rajan Bargotra, told PTI.
Fishermen have been advised not to venture into the rough seas in Odisha and West Bengal coastal regions in view of the cyclonic storm, said Bargotra, who is the Commander Coast Guard Region (North East).
Deputy Inspector General SR Dash, who is Commander of Coast Guard, West Bengal, said three disaster management teams have been stationed at Haldia and two at Fraserganj in 24 Parganas district for timely action.
"We are trying to achieve zero casualty," Dash told PTI.
Three IN ships at Visakhapatnam are standby with relief material embarked for immediate deployment to the most affected areas to undertake Humanitarian Aid Distress Relief (HADR) operation, Defence sources said.
Additionally, 10 diving and medical teams are also kept ready for augmenting rescue and relief efforts in Odisha and West Bengal.
Naval aircraft are kept ready at Naval Air station, INS Dega to undertake an aerial survey of the most affected areas, casualty evacuation and airdrop of relief material as required by the state administration.
Naval Officers-in-Charge, West Bengal and Odisha are in constant liaison with respective state administrations for rendering assistance as required, they added.

Good snowfall on the way.
all those who wanted to feel the snow fall on their heads,
now is the time to get to the Himalayas.

I wont be surprised if Dalhousie and Narkanda gets snowfall this time. Kalpa get ready for some more snow.