Kullu › Weather is bad in Manali as snowfall is creating havoc & Chilled weather / Cold Wave is not alllowing Electricity to be restored in more than 500 villages.

Kullu › Tourists are stuck on road due to Black Ice and accumulated snow.
No arrangements are done to remove snow / ice from roads to Manali. 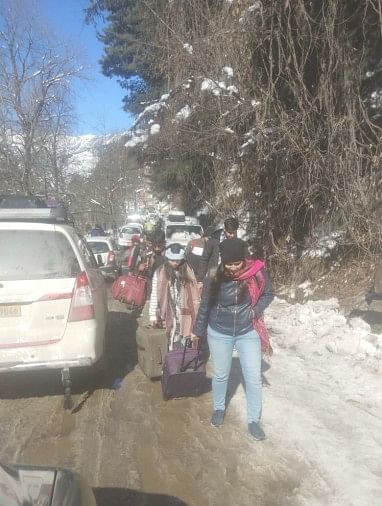 Kullu › Weather will be bad from 12 to 19th Jan 2020 and avoid going to upper regions in hills of Kullu District. 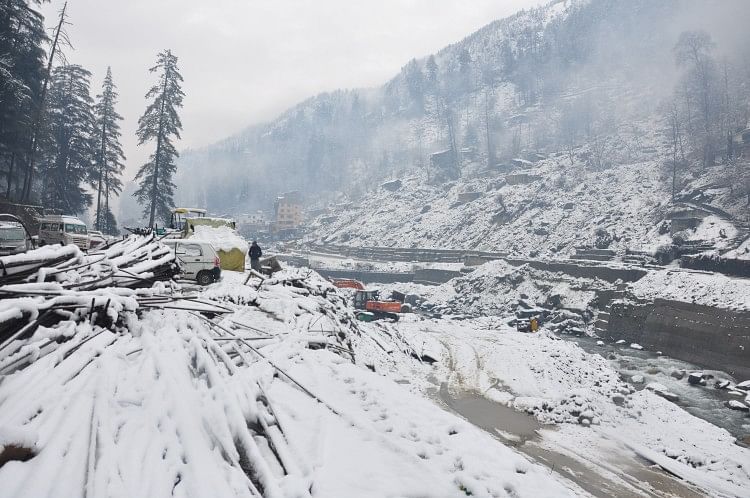 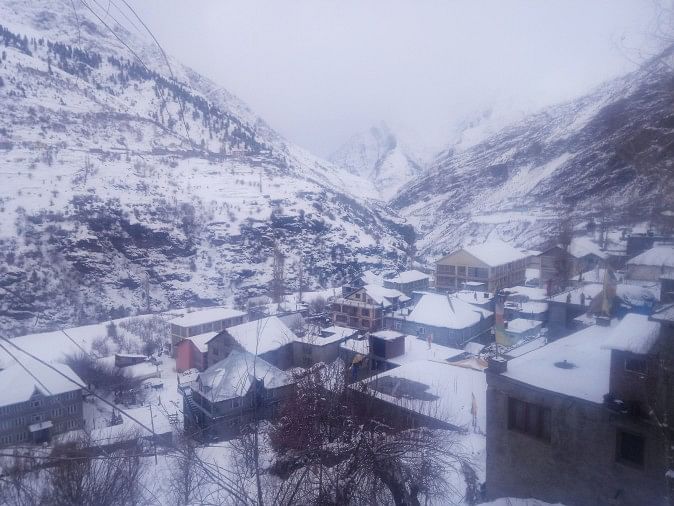 200 Villages are living without any Electricity in Kullu District ! 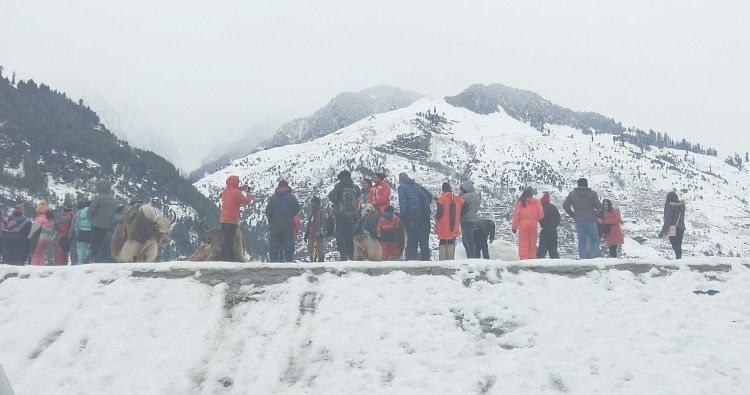 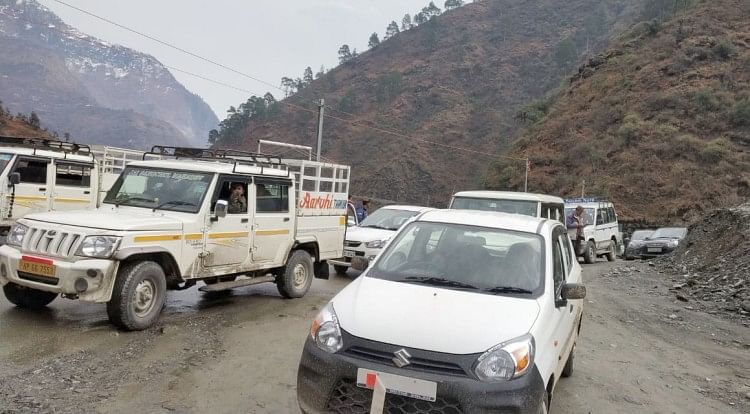 Kullu › Landslide started due to delayed Four Lane Road work between Jia - Ramshila in and around Khrahal area.

Heavy snowfall in Uttarakhand, tourist footfall up in Mussoorie
According to the data of the Meteorological Centre in Dehradun, 7.5 inches of snowfall was recorded in the first 10 days of this year by the snow gauge at the observatory in Mukteshwar. 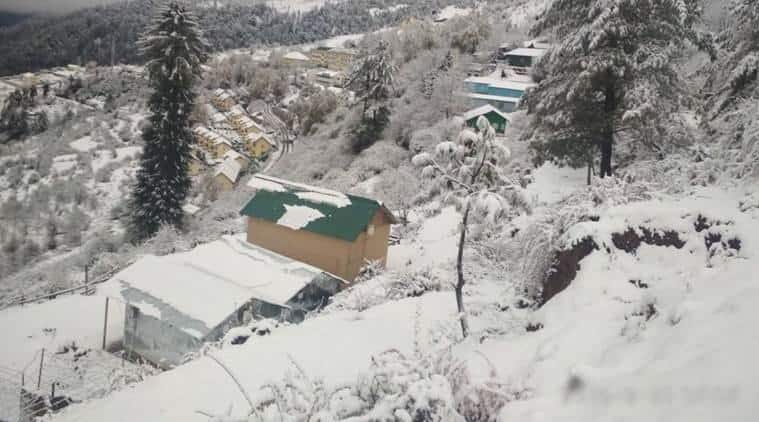 According to officials, if snowfall in Mukteshwar increases, it means an increase in snowfall at the higher reaches of the state. (File)

With the higher reaches of Himalayan regions in Uttarakhand receiving heavy snowfall in the first few days of the new year, environment experts and the state government are hoping this would be good for the ecosystem and the upcoming monsoon.
According to the data of the Meteorological Centre in Dehradun, 7.5 inches of snowfall was recorded in the first 10 days of this year by the snow gauge at the observatory in Mukteshwar. There are four observatories in the state — the others are at Dehradun, Pantnagar and Tehri — but only the facility at Mukteshwar at an altitude of 2,171 m has a snow gauge.

Good for the ecosystem, say experts
Experts have pointed out that if the Western Disturbance is good in winters, there would be a better monsoon during July-August-September. Higher snowfall during winters replenishes the ground storage of water, which would be beneficial for downstream habitat and agriculture.
Prominent tourist destination Mussoorie received snowfall twice in January, increasing tourist footfall during what is considered an off-season. In 2019, Mussoorie did not receive snowfall.
Speaking to mediapersons about the snowfall, Chief Minister Trivendra Singh Rawat said, “I take it in positive way and this will be very good for our future.”
Director of Meteorological Centre, Dehradun, Bikram Singh, said snowfall has increased because Western Disturbance is more active this time. Singh said there is possibility of snowfall again on January 13 and 14 in the higher reaches of Uttarkashi, Chamoli, Rudraprayag and Pithoragarh districts.
Professor A P Dimri of JNU’s School of Environmental Sciences said the activity of Western Disturbance in some years leads to an increase in snowfall.