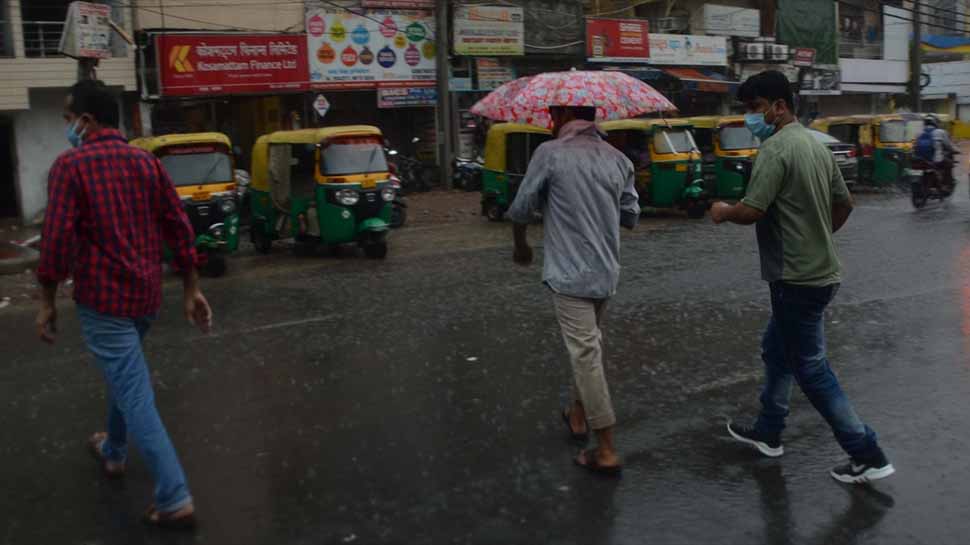 The IMD forecasts that the sky will generally be cloudy with light rains till July 25. The minimum and the maximum temperatures in the capital would oscillate between 23 degrees Celsius and 35 degrees Celsius.

Today also we had good rain at Delhi between 10am-2pm.

The India Meteorological Department (IMD) had predicted moderate to heavy rain in Delhi and some parts of Haryana on Wednesday. 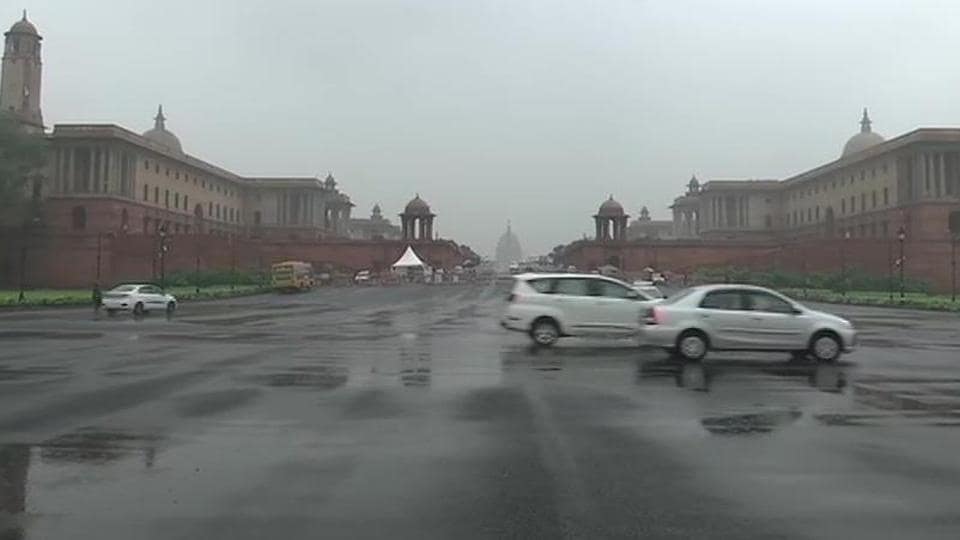 Heavy rainfall lashed parts of Delhi/NCR on Wednesday morning with many areas in the national capital reporting incidents of water-logging. Traffic was affected on Girdhari Lal Marg, Guru Ravidass Marg, under Mayapuri flyover, under Prahlad Pur flyover, from Dhaulakuan to Gurugram, Narayana to Loha Mandi, among other areas in Delhi/NCR due to water-logging. Temperature in the national capital dropped to 28 degree Celsius as a result of the heavy downpour. The India Meteorological Department (IMD) had predicted moderate to heavy intensity rainfall for Delhi and some parts of Haryana on Wednesday.
“Thunderstorm with moderate to heavy intensity rain would occur over and adjoining areas of most places of entire Delhi, Hissar, Hansi, Bhiwani, Jind, Meham, Kaithal, Gohana, Gannaur, Sonipat, Bagpat, Meerut, Mahendergarh, Kosli, Farukhnagar, Shamli, Gurugram, Panipat, Rohtak, Jhajjar, Karnal, Kurukshetra during next 2 hrs,” the IMD tweeted.
In its morning weather bulletin on Wednesday, the MeT department predicted widespread rainfall activity with isolated heavy to very heavy falls very likely over Bihar, Jharkhand, Sub-Himalayan West Bengal and Sikkim, Arunachal Pradesh, Assam and Meghalaya and Nagaland, Manipur, Mizoram and Tripura during next 3-4 days. It said the rainfall intensity is very likely to decrease thereafter.

Road In Heart Of Delhi Caves In After Heavy Rain, Flooding In Many Areas
A part of city iconic Ashoka Road caved-in due to the rains.
DelhiEdited by Aman DwivediUpdated: July 22, 2020 04:51 pm IST

New Delhi:
Delhi and its surrounding areas witnessed heavy rain today, leading to waterlogging in several areas, and traffic jams across the city. A part of Ashoka Road in the heart of the city caved in after the heavy showers.
"Traffic is affected on Girdhari Lal Marg, Guru Ravidass Marg, Under Mayapuri Flyover, Under Prahlad Pur Flyover, from Dhaulakuan to Gurugram, Narayana to Loha Mandi, Metal Forging to Maya Puri, and Mahipal Pur due to water-logging," Delhi Traffic Police tweeted.
A part of the Mahipalpur Bypass also caved in following heavy rainfall.

The rain started around 11.55 am in parts of Delhi and Ghaziabad.

The sudden rain sent social media into overdrive, with many people sharing videos and images on Twitter and Facebook.


Earlier the city woke up to pleasant weather today, prompting people step out of their homes. Some of the locals including autorickshaw drivers were seen standing in a queue at a tea stall at Minto road sipping a cup of the hot beverage, new agency ANI had reported.