Above News run by Amar Ujala is wrong.

Video From Jaipur Shared as Condition of Delhi Bus During Monsoon
We found out that the video is from Jaipur, Rajasthan and not Delhi as claimed.
TEAM WEBQOOF 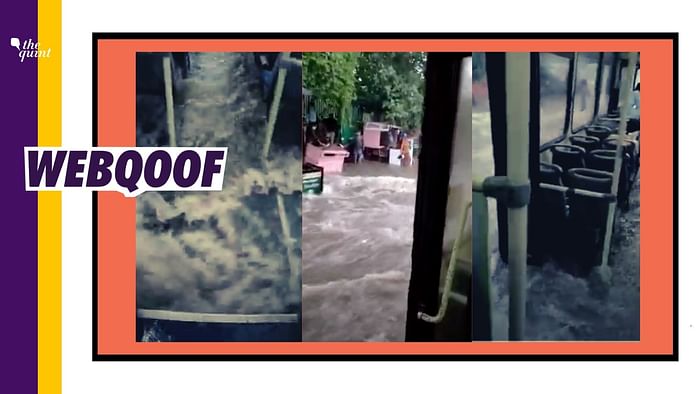 A video of a bus navigating through a flooded street as the water enters it is being falsely claimed to be from Delhi. Delhi Congress vice president also shared the video taking a dig at Delhi Chief Minister Arvind Kejriwal.
However, we found out that the video is from Jaipur, Rajasthan and not Delhi as claimed.


CLAIM
In a tweet, the Vice President of Delhi Congress Abhishek Dutt shared the post taking a dig at Kejriwal. The tweet had been retweeted 200 times at the time of writing the story. 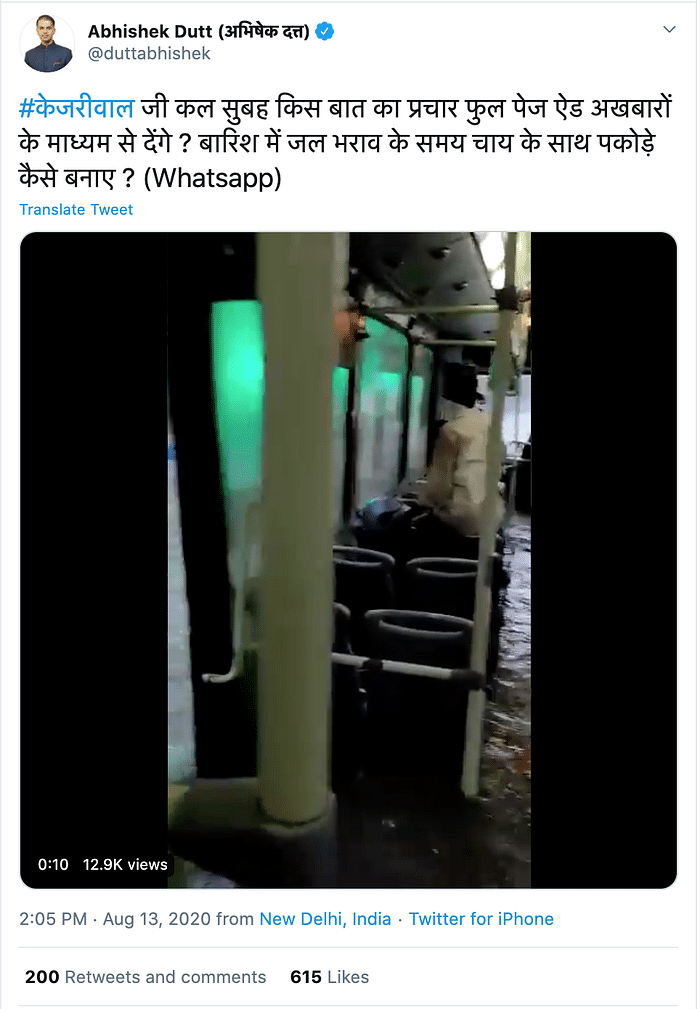 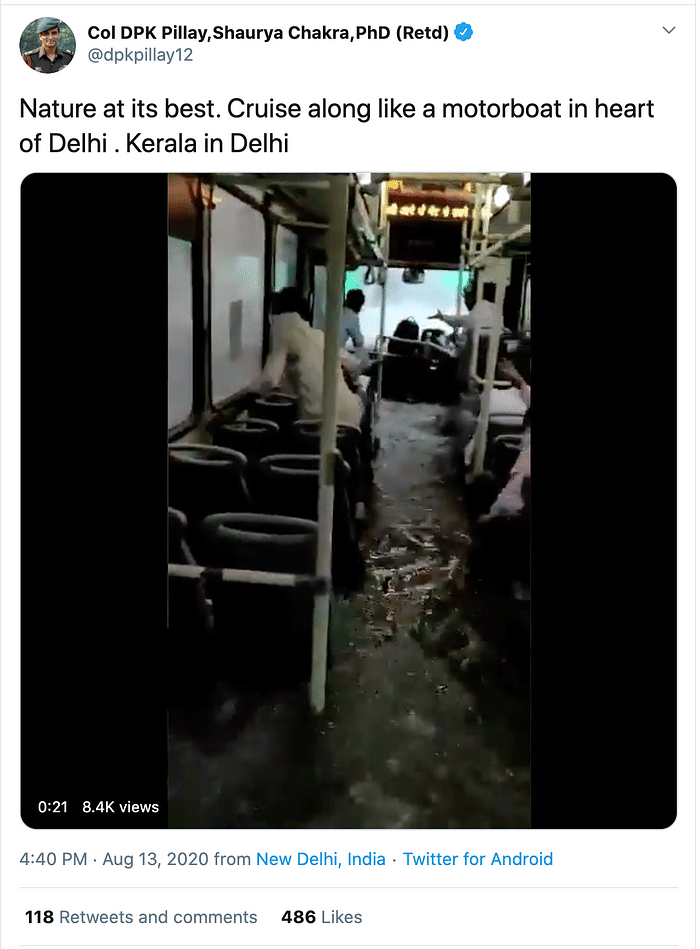 An archived version of the tweet can be found here.(Source: Twitter/Screenshot)
It is being widely circulated on Twitter by several users. 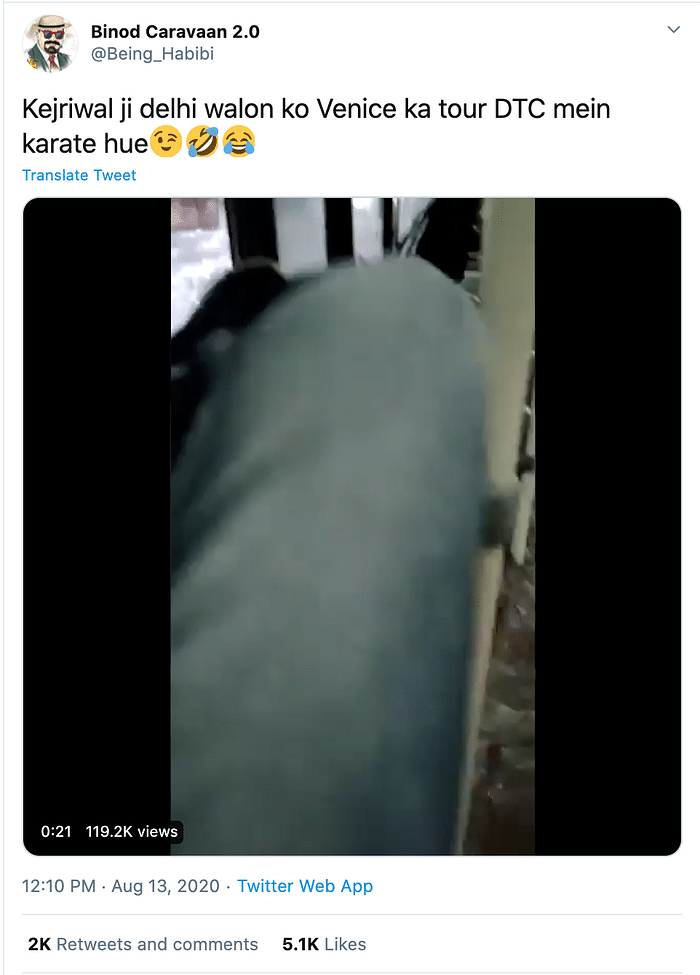 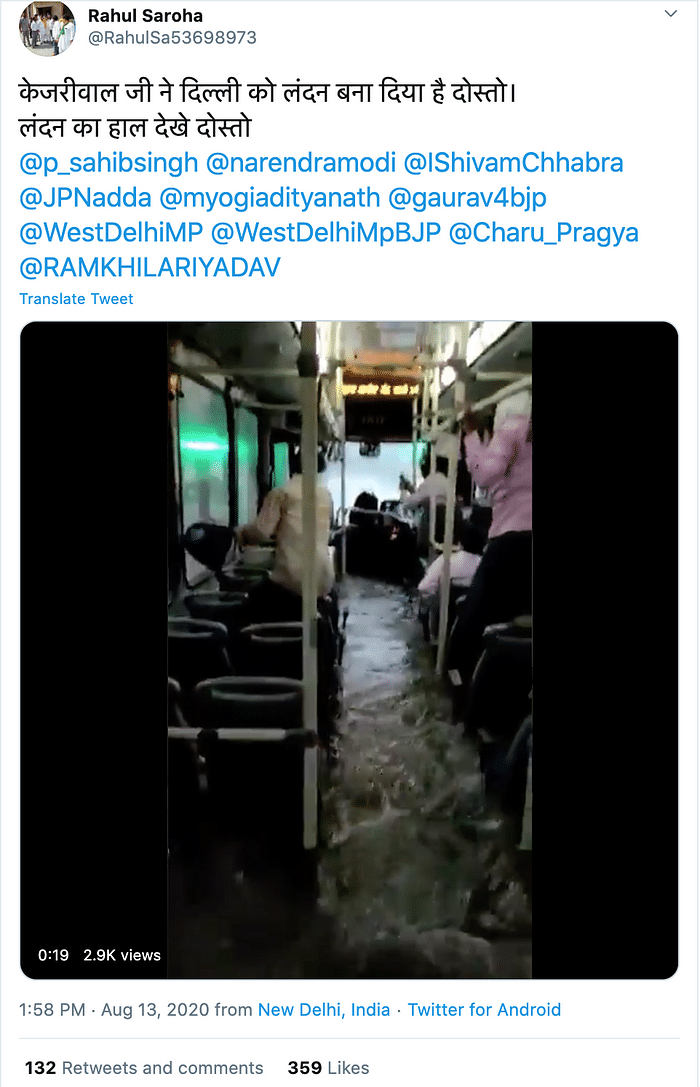 
WHAT WE FOUND OUT
On conducting a reverse image search on Google along with keywords “Bus Paani (water)” we came across a report on Patrika published on 11 August which mentioned that the video was from Jaipur. 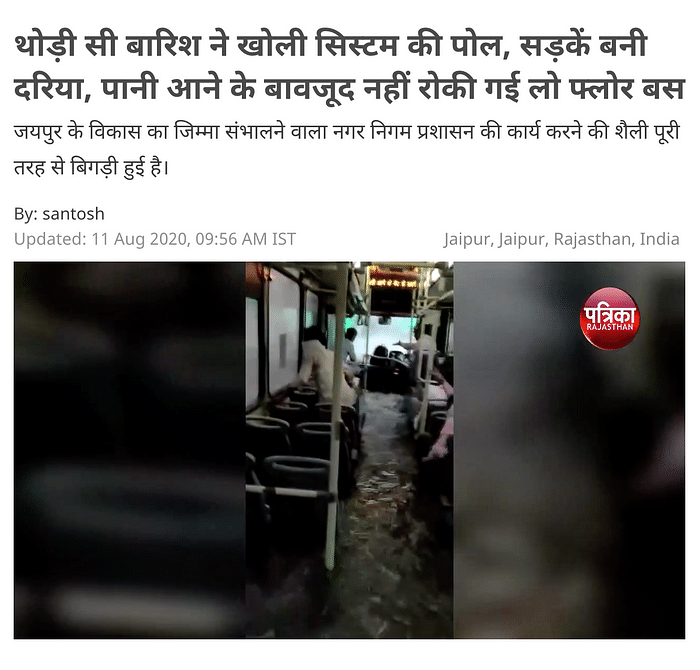 (Source: Patrika/Screenshot)
We further noticed a board at around 00:55 seconds of the video which read, “नसियां भट्टारकजी”. We checked on Google and found that it is a temple in Jaipur’s Narayan Singh Circle. 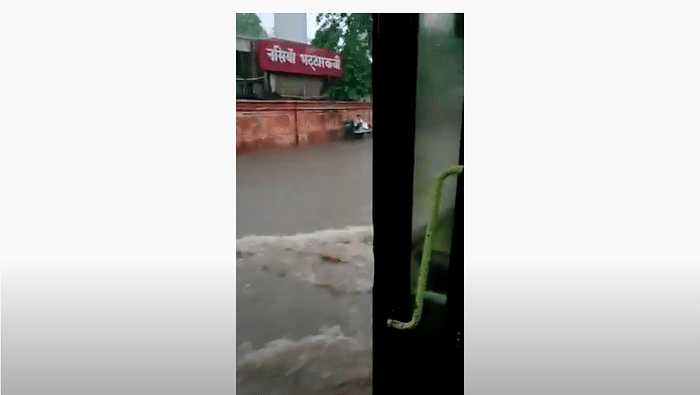 We found another news report which mentioned that this video was from the same area.
While it is true that there were reports of water-logging in various parts of Delhi due to the rainfall, the video in question is not from Delhi, but Jaipur. 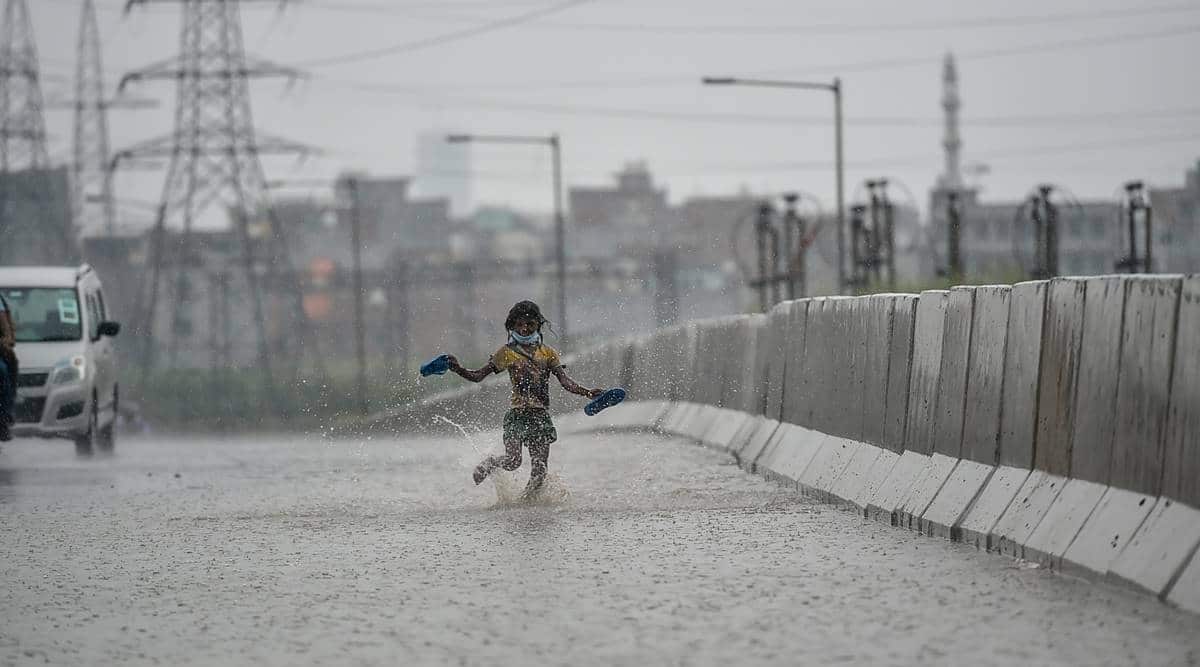 A girl runs for cover as it rains in New Delhi. (PTI)


Weather today: The India Meteorological Department (IMD) Thursday said that large parts of the country are likely to receive heavy to very heavy rainfall during the next two-three days. It also said that a low-pressure area has formed over northwest Bay of Bengal off north Odisha and West Bengal coasts.
There is also a monsoon trough plus a convergence of southwesterly winds with moisture from Arabian Sea is likely to continue during the next two days, which will lead to heavy rains over several parts of the country, the weather agency said.
Meanwhile, Delhi on Thursday received the heaviest rainfall of the current monsoon season, which left some parts of the city heavily waterlogged. The heavy shower also threw traffic out of gear during the morning rush hour.

The Indian Meteorological Department (IMD) has predicted that light rains will continue over the next two to three days and are expected to bring down the rain deficiency in the national capital, PTI reported. Until yesterday, the city had recorded its lowest rainfall in 10 years — 72 per cent of what is normally received in the month of August.
“The axis of monsoon remains close to Delhi-NCR. Also, there is a cyclonic circulation over southwest Uttar Pradesh. Southwesterly winds from the Arabian Sea and easterly winds from the Bay of Bengal also fed moisture,” PTI quoted the head of the IMD’s regional forecasting centre Kuldeep Srivastava as saying.

IMD has also issued an ‘orange alert’ with a forecast of very heavy rainfall in eight districts of Madhya Pradesh till Friday morning.
Monsoon has been active in many parts of the state, IMD Bhopal centre’s senior meteorologist G D Mishra said on Thursday.
Some isolated places in Chhindwara, Balaghat, Betul, Harda, Khandwa, Alirajpur, Jhabua and Dhar districts are likely to receive very heavy rainfall till Friday morning, Mishra added.
Meanwhile, Heavy to very heavy rains also lashed isolated parts of Mumbai and neighbouring Thane, Palghar and Raigad districts in the last 24 hours, the MeT department said on Thursday. It predicted more showers in the Konkan region and some areas of central Maharashtra over the next day.
IMD has also predicted fairly widespread rainfall along with parts of India’s west coast, with intense showers in Gujarat over the next three days. Isolated heavy to very heavy falls are also likely over northern parts of Konkan and Goa during the next 72 hours, the IMD added in its daily weather bulletin. Widespread thundershowers and rainfall are likely to continue in this region next week. 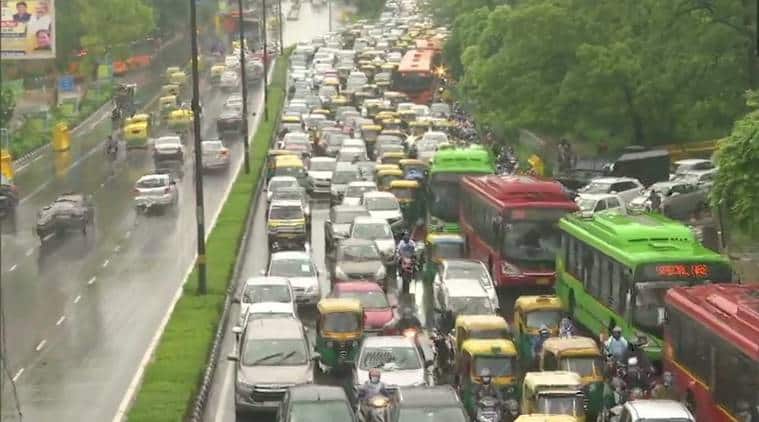 According to the weather bureau, isolated heavy to very heavy falls are expected over parts of the Maharashtra-Goa and Karnataka coasts, as well as in Gujarat between August 18 and August 20.


Meanwhile, parts of East Rajasthan are also likely to experience extremely heavy showers over the next three days. Moderate to severe thunderstorms accompanied with lightning are also predicted here on Thursday.
Fairly widespread to widespread rainfall is predicted over major parts of northwest and central India during the next two to three days. As per the IMD’s latest predictions, the wet spell is likely to continue in Haryana, Uttar Pradesh and adjoining areas of Madhya Pradesh as well.

Strong winds over southwest and west-central Arabian sea as well as along and off the Gujarat-Maharashtra-Goa coasts, West Central Bay of Bengal and the Andhra Pradesh coast prompted the weather bureau to advise fishermen not to venture into these areas.
On Wednesday, the highest maximum temperature of 40°C was recorded in West Rajasthan’s Ganganagar, while the lowest minimum temperature of 18.4° C was reported in Hassan, South Karnataka. No significant change in temperature is likely over most parts of the country during the next three to four days, the IMD has said.

Jaipur is on Red Alert for 2 more days.
Yesterday had 7 hours of rain with 1.25 cm Rain.

Flood in many states