Fast Winds / Gusts were there and electricity was cut for short period at Rohini, Delhi.
Street Lights were shutt off for while night due to this storm.
Moisture was there for some time only for night downpour.
Delhi has less rain in day time mostly.
Taukte has change this for short term only.
Soon it may be similar like earlier.

Monsoon season will be normal this year without any interferes of current cyclones. 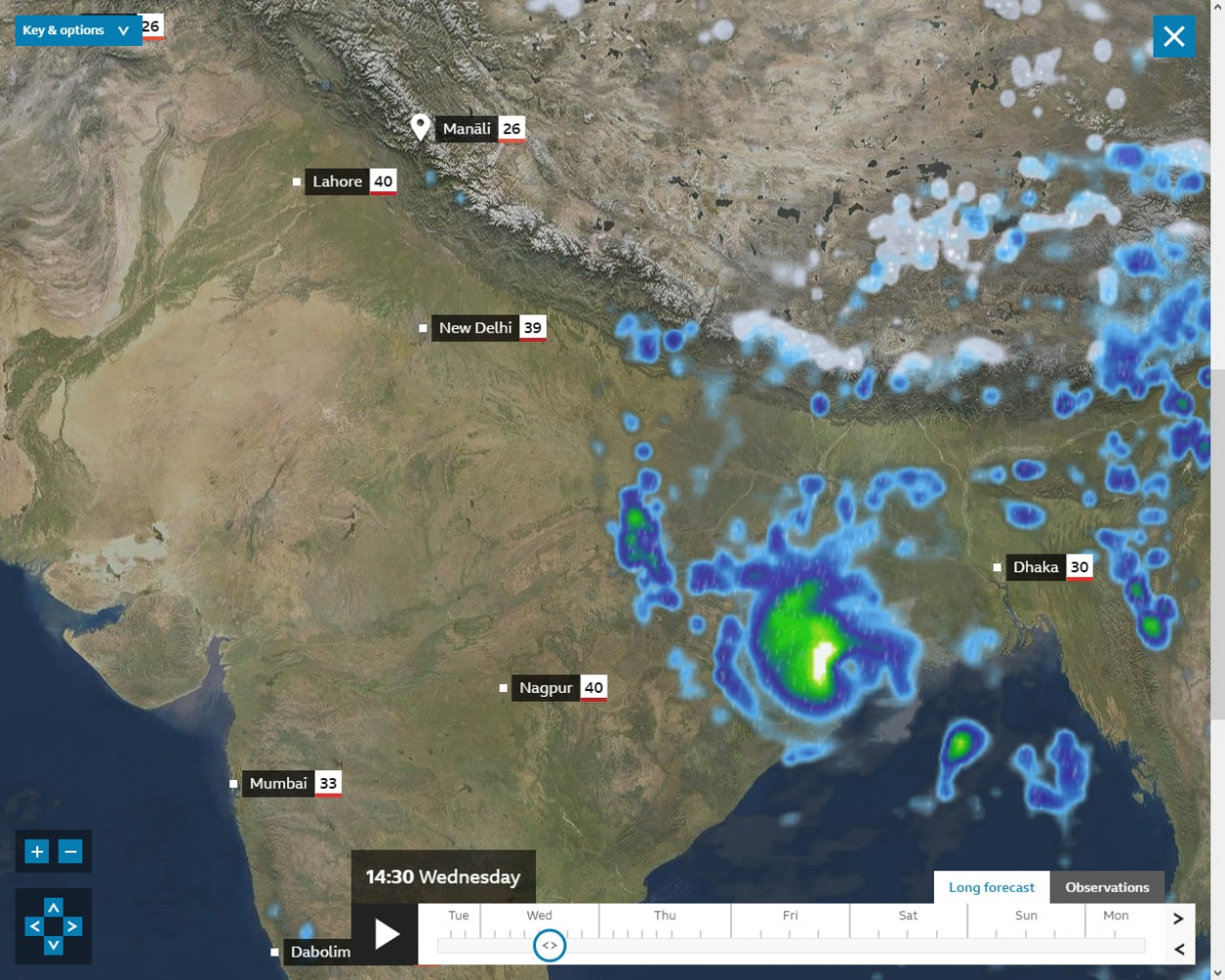 Thursday, 27 May 2021
YAAS will target Odisha, UP Bihar, Jharkhand, West Bengal and towards North direction in Himalayas also. 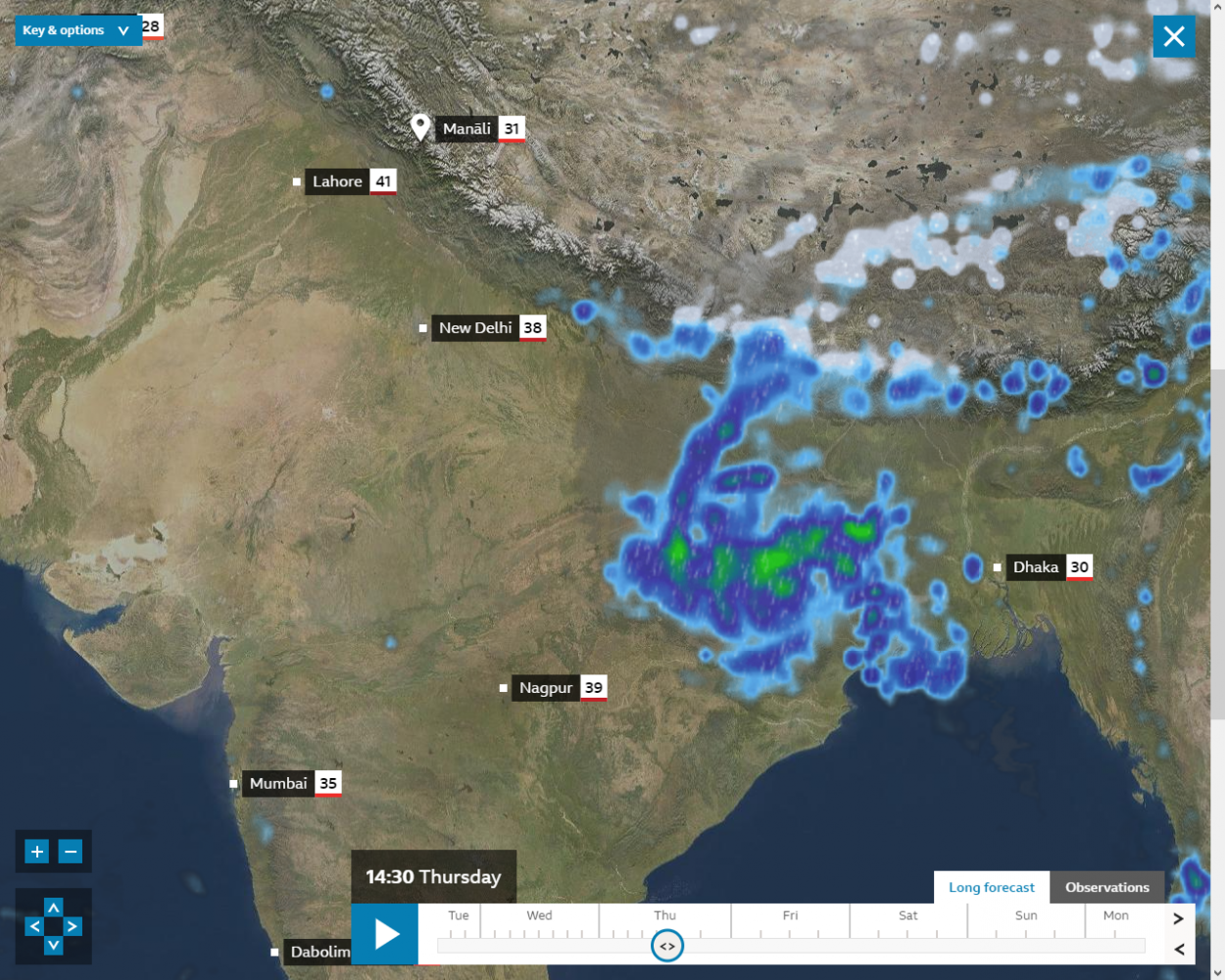 Cyclone Yaas To Make Landfall In North Odisha At Noon Tomorrow
Around 1.4 million people in Odisha and half a million people in Bengal have been evacuated from their homes. Officials said it has been a challenge to provide them accommodation while maintaining social distancing.
All India
Posted by Anindita Sanyal
Updated: May 25, 2021 6:32 pm IST


New Delhi: Cyclone Yaas will make landfall between Bhamra Port and Balasore on the Odisha coast at noon tomorrow, with wind speed of upto 185 km per hour. It is expected to pass over Bengal too and both states are on high alert.


Here are the Top 10 points in this big story:

Monsoon likely to reach Delhi in next 48 hours, nearly two weeks ahead of schedule

Monsoon may arrive in Delhi in the next 48 hours as several states witness the advance of southwest monsoon, nearly two weeks ahead of the schedule. 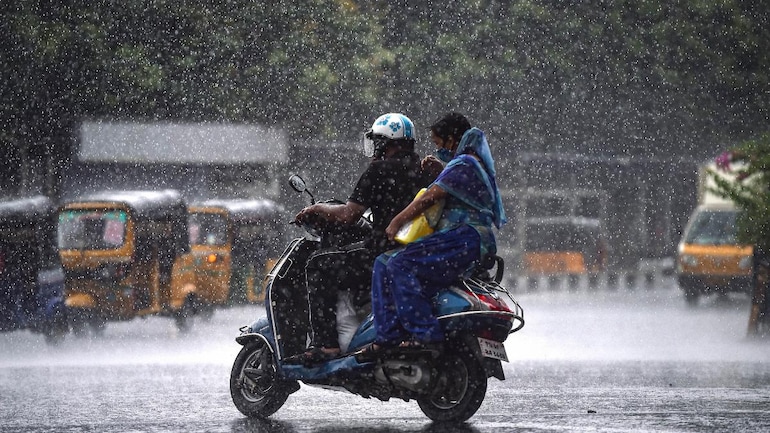 Parts of Delhi-NCR and Haryana are likely to witness heavy rain and thunderstorm on Sunday. (Photo: PTI)

Southwest monsoon may reach Delhi in the next 48 hours having already advanced into parts of Madhya Pradesh, Uttar Pradesh, Uttarakhand, North Haryana, North Punjab among other states, the Indian Meteorological Department (IMD) said on Sunday.
Southwest monsoon has arrived in several states 12 to 13 days ahead of the normal schedule, according to IMD.
Most parts of Delhi-NCR and Haryana are likely to witness heavy rain and thunderstorm on Sunday as monsoon advances, the weather department forecasted.
As per IMD, the southwest monsoon has advanced into entire Chhattisgarh, Odisha, West Bengal, Jharkhand, Bihar Uttarakhand, Himachal Pradesh and Jammu & Kashmir, Ladakh, Gilgit-Baltistan, and Muzaffarabad.

Furthermore, most parts of East Uttar Pradesh and some parts of West Uttar Pradesh, North Haryana, Chandigarh and North Punjab have also witnessed the arrival of monsoon.

According to the weather department, the conditions are favorable for further advance of southwest monsoon into most parts Madhya Pradesh, remaining parts of east Uttar Pradesh, Delhi, and some more parts of west Uttar Pradesh, Harayan and Punjab during the next 48 hours.

Monsoon likely to reach Delhi in next 48 hours, nearly two weeks ahead of schedule

Replying to
@Indiametdept
Conditions are favorable for further advance of southwest monsoon into most parts Madhya Pradesh; remaining parts of east Uttar Pradesh; Delhi; some more parts of west Uttar Pradesh, Haryana, and Punjab during next 48 hours.
@rajeevan61 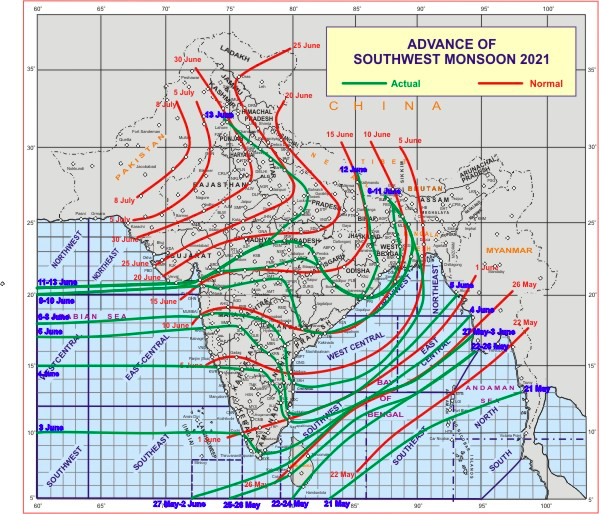 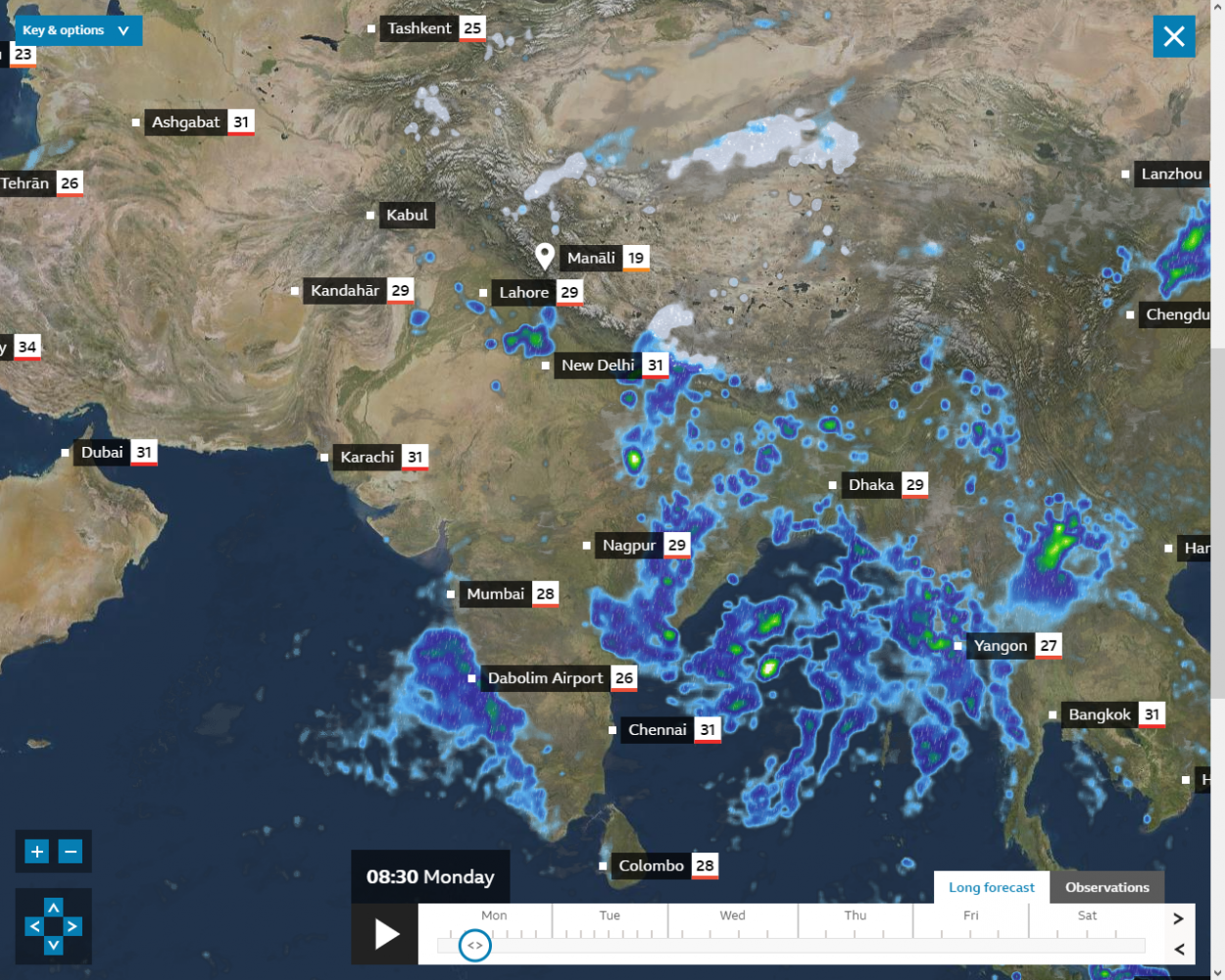 Weakening of monsoon notwithstanding, rain surplus in region so far 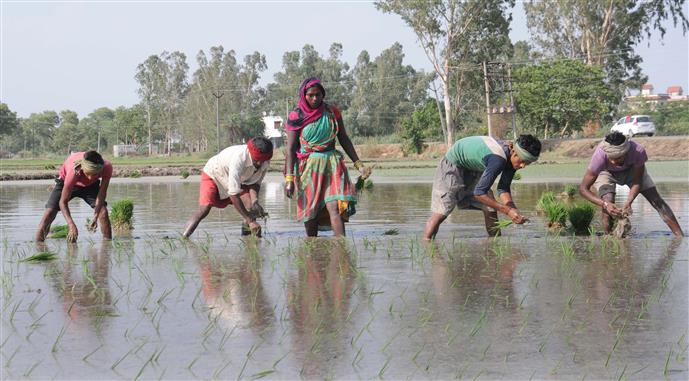 Labourers transplanting paddy on the season at a village near Subhanpur in Kapurthala. Tribune photo: Malkiat Singh


Vijay Mohan
Tribune News Service
Chandigarh, June 22
Notwithstanding the weakening of the south-western monsoon that is still to cover some part of Punjab and Haryana, rains over the region during this season so far have been above normal.
The Monsoon arrived over the region about 15 days in advance and has covered most parts of the country, but prevailing climatic conditions have been withholding progress into its last phase.

A bulletin issued by the India Meteorological Department (IMD) on Tuesday evening states that further progress of monsoon is unlikely during the next 7 days. Analysis of predictive models up to June 30 indicates mid-latitude westerly winds dominating over north India during the next week.
A Western Disturbance as lies over north Pakistan and adjoining Jammu and Kashmir and its associated meteorological developments are likely to enhance rainfall along the east coast during 24-26 June. These are not favourable for enhancing monsoon activity over central and northwest India, IMD said.

Forecasts based on model consensus show less probability of formation of low pressure systems over core monsoon areas as well as over north Bay of Bengal till June 30 and further weakening of lower levels easterly winds over northern plains of India, IMD added.
At present, the northern limit of southwest monsoon continues to pass through Barmer, Bhilwara, Dholpur, Aligarh, Meerut, Ambala and Amritsar, which is about the same as it was on June 14.

According to data compiled by the IMD, cumulative rainfall during this year’s southwestern monsoon across the country has been 37 per cent above the long period average (LPA) so far.
As far as the region is concerned, rain was 66 per cent above the LPA in Haryana for the period from June 1 to June 22. In Punjab and Himachal Pradesh it was above the LPA by 51 per cent and 29 per cent, respectively, for this period. Barring four districts in Punjab and two each in Haryana and Himachal, all parts of these states have received surplus rainfall so far.

The IMD has predicted that under the influence of western disturbance and upper tropospheric westerlies, the current spell of isolated light to moderate rainfall is very likely to continue over the western Himalayan region and adjoining plains of northwest India during the next five days. A gradual rise in maximum temperatures by 3-4 degrees Celsius over most parts of northwest India is also expected during the next three days