Heavy rainfall in Himachal Pradesh’s Dharamsala on Monday led to a flash flood-like situation. Several roadside parked cars were swept away, hotels were damaged following a cloudburst in Bhagsu village near Mcleodganj which caused a flash flood in the area. However, there was no loss to human life. #Dharamshala #Cloudburst #FlashFlood

Himachal Pradesh: Village Near Dharamshala Gets Buried Due To Landslide | CloudBurst In Dharamshala
1,409 views
Jul 12, 2021

Village near Dharamshala gets buried due to landslide Many are feared trapped in Boh Village that was buried due to landslide post the cloud burst The Disaster Management Team is finding it tough to reach the spot due to blocked roads Locals are conducting the rescue operations for now No reports of any casualties yet. #Shorts #HimachalPradesh #CNNNews18

As a result of heavy rainfall in Himachal Pradesh on Sunday night, the state witnessed flash floods on Monday. Two persons are reportedly missing in Kangra district, according to ANI. In Kangra district, houses were flooded and vehicles were seen floating in the water. Bhagsu Nag in Dharamshala experienced flooding and the Manjhi river's water level rose. In Rakkar village, the road turned into a drain. A similar situation was observed across Kangra district.

As a result of heavy rainfall in Himachal Pradesh on Sunday night, the state witnessed flash floods on Monday. Two persons are reportedly missing in Kangra district, according to ANI.

Nearly 70 people died in different lightning incidents across Rajasthan and Uttar Pradesh and Madhya Pradesh on Sunday. How should one stay safe during lightning? Watch the report to know more. 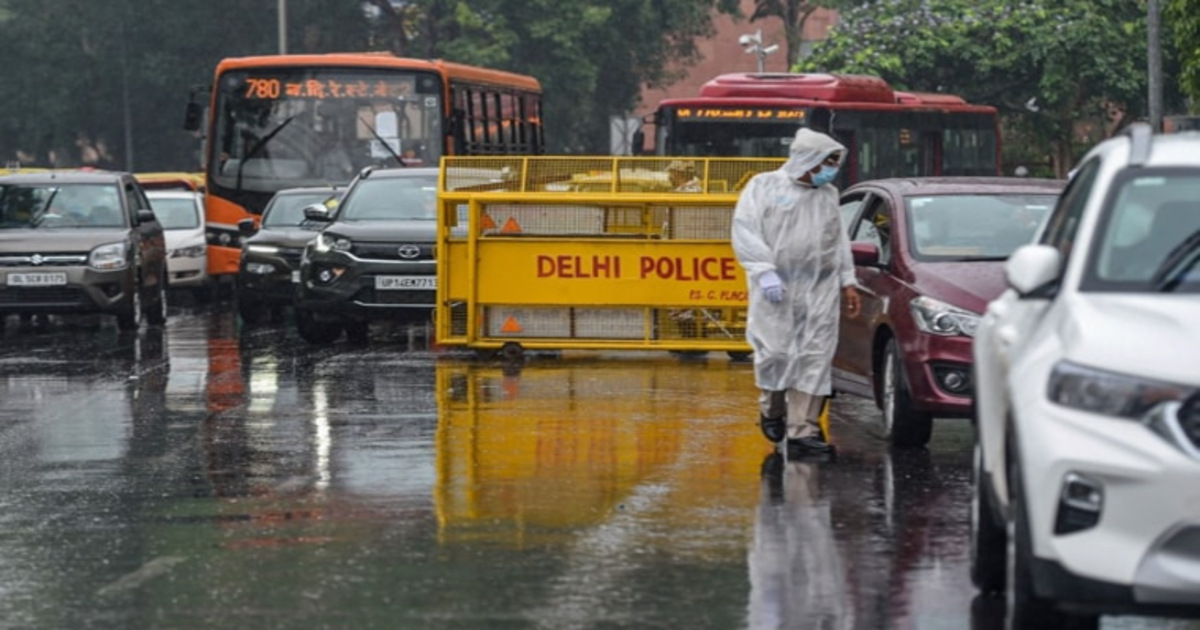 ​
Delhi Monsoon has remained absent from the game for quite some time now. So much so that Monsoon had been playing hide and seek with no relief in sight for Delhiites.
Between June 1 and July 12, Delhi remained rain deficient by 67%. This is second most delayed monsoon over Delhi after the year 2002. Moreover, in the year 2002 Monsoon had arrived over Delhi on July 19.
Monsoon 2021, is unique in a way that this time it reached Jaisalmer before Delhi. This delay in monsoon over the national capital can be attributed to shifting of trough in foothills of Himalayas in the latter part of June. This has resulted in break monsoon like condition. Break monsoon occurs when the axis of monsoon trough shifts to foothills of the Himalayas and humid easterly winds are replaced by dry and hot westerly winds. This time, break monsoon like condition continued for much longer duration.


A low pressure area developed over West Central Bay of Bengal which resulted in shifting of trough to the central parts of the country. Central India has been receiving heavy rainfall since last few days. Patchy rain and thunder showers are going on over Northern Plains barring Delhi parts of Haryana West Uttar Pradesh and North Rajasthan. Now, we can say that Monsoon is finally here because since last few days we have seen easterly humid winds are blowing across Northern Plains and low clouds were also present. Temperature will subside now, although we can say for next 2-3 days rainfall will be light and patchy over Delhi NCR and adjoining parts.
However, rainfall will pick up pace once again by July 16 or 17 as the trough which is at present over central parts of the country will again start moving towards Indo Gangetic plains.