Explained: July 2021 is the hottest month on record; what this means

Significantly, seven of the warmest Julys have occurred since 2015.


Since 1880, the month of July 2021 was the hottest on Earth. This is what the US National Oceanic and Atmospheric Administration’s (NOAA) July report on global climate has said. While July is typically the hottest month on Earth, July 2021 has earned the number one spot as the world’s warmest July ever recorded in NOAA’s 142-year history of record keeping.

Significantly, seven of the warmest Julys have occurred since 2015. NOAA’s National Centers for Environmental Information, which released the report, has also said that it is likely that 2021 will feature in the list of the ten warmest years on record.

Some figures from the report


The previous record was held by Julys in 2017 and 2020. The warmth across the global land surfaces was driven by higher than normal temperatures across much of the Northern Hemisphere land.

In particular, Asia’s July 2021 surface temperature was 1.61 degrees Celsius higher than average. This made it the highest July temperature that Asia has seen since 1910


Climate anomalies and events in July 2021

The report notes some of the significant climate anomalies and events seen in July 2021.

South America: The continent saw its tenth-warmest July on record and much of the continent experienced above-average conditions.

Europe: Europe saw its second-warmest July (tied with 2010) on record. Several parts of Europe were affected by a heatwave that brought temperatures above 40 degrees Celsius by the end of July.

Africa: Africa’s July 2021 was the seventh-warmest on record.

Asia: Asia saw its warmest July on record surpassing the previous record that was set in 2010.

Australia: Australia saw its fourth-warmest July on record. Within Australia, South Australia, Western Australia and the Northern Territory had a top-three warm July.

Globally, what does temperature increase really mean?
Over the years, various reports have sounded an alarm about rising greenhouse emissions and why global temperatures should not be allowed to exceed by more than 1.5 degrees Celsius preferably.

The global temperature increase is crucial because if the planet warms by 1.5 degrees Celsius, about 14 per cent of the Earth’s population may be exposed to severe heat waves at least once every five years, NASA notes.

One way that severe heat waves can wreak havoc is by encouraging wildfires that cause destruction to property, infrastructure and force mass evacuations. Greece, Turkey and the western US have seen devastating wildfires recently. While wildfires are not atypical in the summer months and are even important for ecological succession, the increase in the number of large wildfires is a cause for concern. 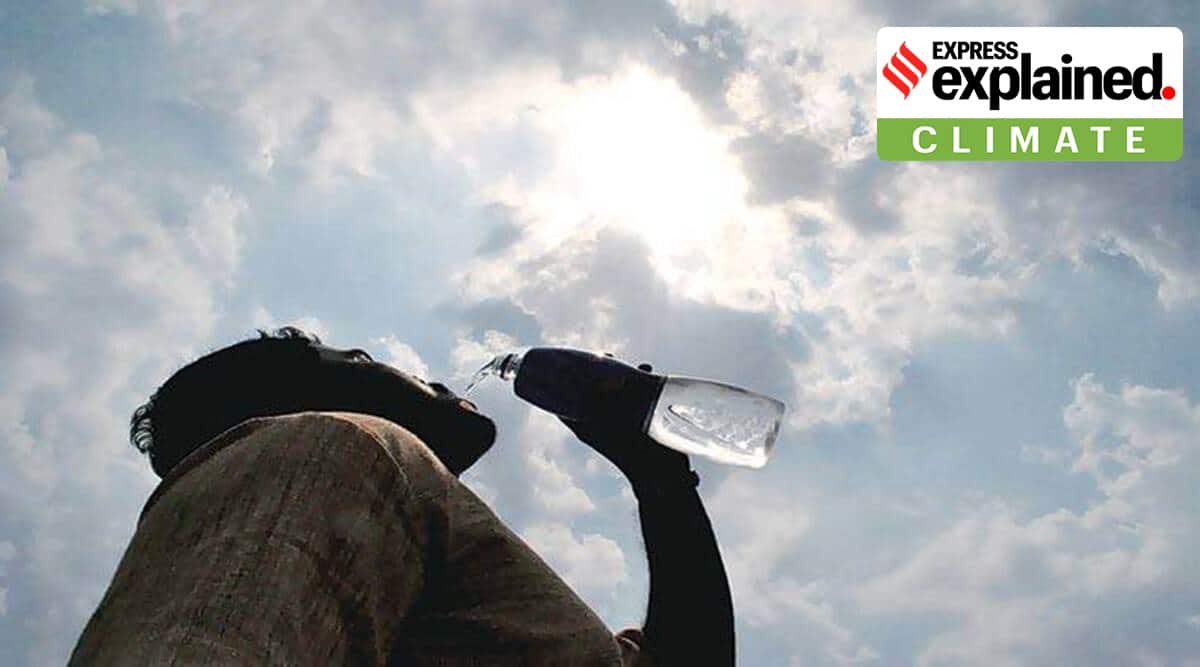 Explained: July 2021 is the hottest month on record; what this means

Significantly, seven of the warmest Julys have occurred since 2015.


Representative imageIANS
The sea level around Asia has increased faster than the global average, with coastal area loss and shoreline retreat. The sea level extremes that previously occurred once in 100 years could happen once every six to nine years by 2050, and every year by 2100 globally, says Indian Institute of Tropical Meteorology Scientist Swapna Panickal.

Talking to IANS exclusively about findings of the biggest update of the state of knowledge on climate science of the Intergovernmental Panel on Climate Change (IPCC), a United Nations organisation, published on Monday with its impact on India, she said the Indian Ocean is warming at a higher rate than the global oceans.


"Fifty per cent of the sea level rise is contributed by thermal expansion. Hence the sea level over the Indian Ocean region is also rising. The global mean sea level is rising at a rate of around 3.7 millimeter per year that is estimated between 2006 and 2018.

"At 1.5 degrees, the sea temperature is expected to increase by one degree. So, in accordance with that, the global sea level and Indian Ocean sea level is also projected to rise at a similar rate."

According to her, the South and Southeast Asian monsoon has weakened in the second half of the 20th century (high confidence).

"The dominant cause of the observed decrease of South and Southeast Asian monsoon precipitation since the mid-20th century is anthropogenic aerosol forcing. Both annual and summer monsoon precipitation will increase during the 21st century, with enhanced inter-annual variability (medium confidence)," Panickal told IANS in an interview.

She is one of the authors of the IPCC Working Group I report titled "Climate Change 2021: the Physical Science Basis".

She said heat extremes have increased while cold extremes have decreased, and these trends will continue over the coming decades.

According to the report, an increase in annual mean precipitation is projected.

The increase in rainfall will be more severe over southern parts of India. On the southwest coast rainfall could increase by around 20 per cent, relative to 1850-1900.

"If we warm by 4 degrees C, India could see about a 40 per cent increase in precipitation annually," it says.

Citing the report, Panickal said there is a low confidence in long-term (multi-decadal to centennial) trends in the frequency of all-category tropical cyclones.

The tropical cyclone intensity will increase, however, the genesis frequency will decrease or main unchanged.

After a hard two weeks of working across time zones with cooperation by 234 scientists and approved by government representatives from 195 countries, the climate science report covers topics like extreme weather, human attribution, the carbon budget, feedback cycles, and charts the future state of the climate.

Climate scientists say the window is short but it can be mobilised by political will and ambition increase.

"It finds that averaged over the next 20 years, global temperature is expected to reach or exceed 1.5 degrees Celsius of warming. It uses a set of five emissions scenarios to explore the impact of a broader range of greenhouse gases, land uses, and air pollutants."

On being asked the main findings of the new report which the world did not know before, she said, "Yes, scientific advances enable AR6 (present report) to better understand and attribute human influence on the climate system. Extreme weather events can be attributed to human-caused climate change with higher certainty.

"For the first time, the Sixth Assessment Report provides a more detailed regional assessment of climate change, including a focus on useful information that can inform risk assessment, adaptation, and other decision-making."

With 7,517 km of coastline, India will face significant threats from rising seas. Across six port cities -- Chennai, Kochi, Kolkata, Mumbai, Surat and Visakhapatnam -- 28.6 million people will be exposed to coastal flooding if sea levels rise 50 cm, according to one study.