Last of the WDs arriving,
and the intensity is also reducing,
so the area covered is also not much.
by end March they start to mover further North and skip India all together. 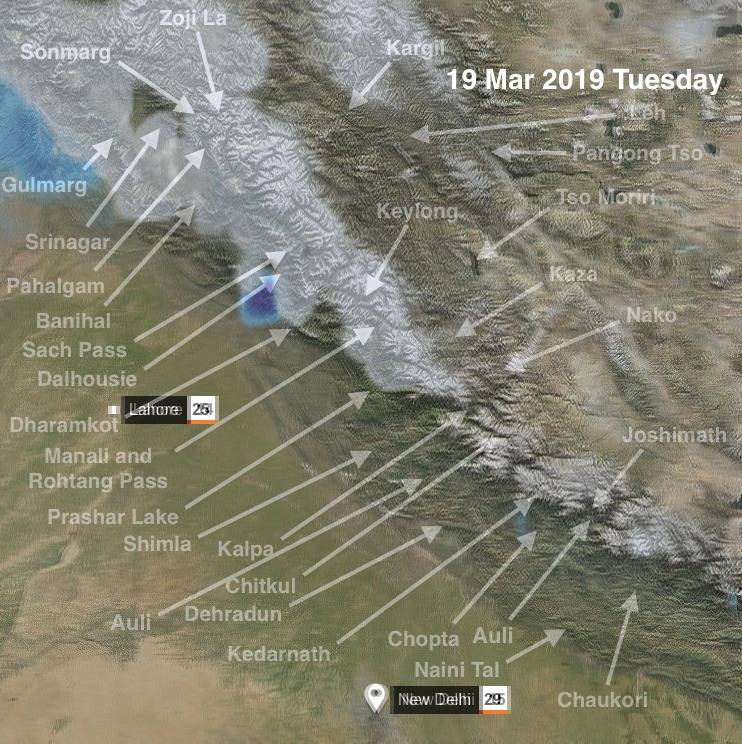 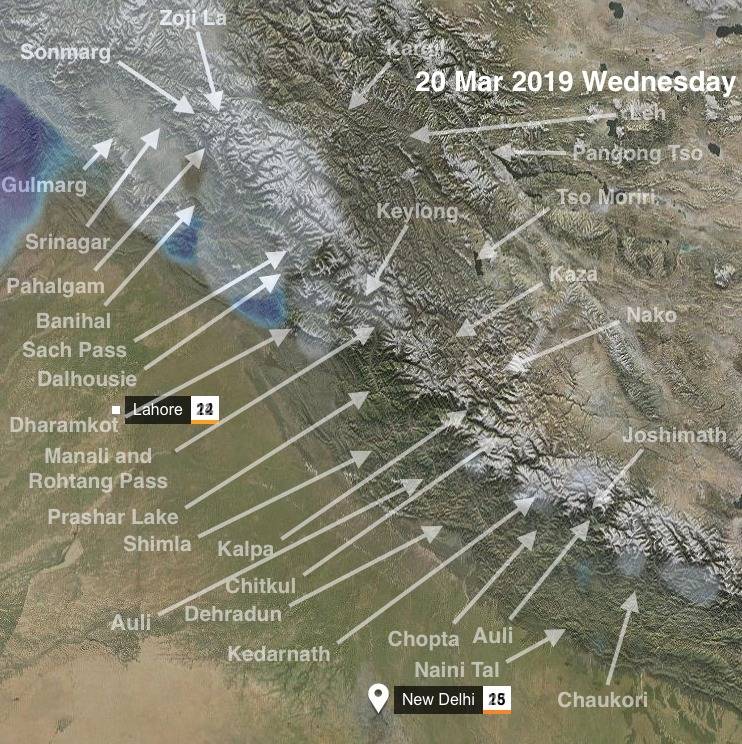 brace up for summer

Sent from my ASUS_X00TD using Tapatalk 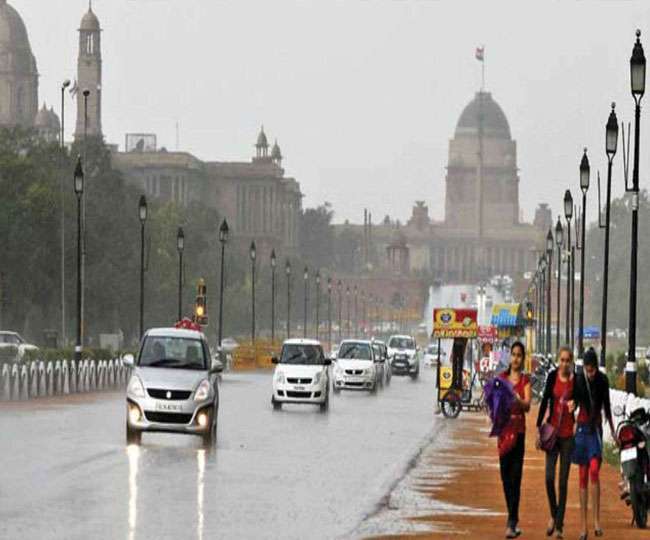 Weather forecasttemperature prediction
New Delhi: As northern states brace up for the searing summers to begin in April, the latest India Meteorological Department (IMD) forecast indicates that the maximum temperatures are likely to hover around normal at least till March-end.
While cooler than normal day temperatures are likely over major parts of northwest, central and western parts of the country, the night minimum temperatures are also expected to remain below normal in general by 2- 4ºC over major parts of India during next two weeks of the pre-monsoon season.
“The temperatures would begin to rise by 2-3°C from next week onwards, but they would still hover around normal (30°C), so people might not expect very hot days at least for now," said Kuldeep Srivastava, Head, Regional Weather Forecasting Centre (RWFC), New Delhi.
However, the southern states, especially the coastal districts of Andhra Pradesh, Odisha, Tamil Nadu and Kerala would witness above normal day and night temperatures. As per forecast they could expect some respite during 20th – 23rd March when the temperature could fall to the near normal range.

“This time, we have seen intense activity of western disturbances, bringing rainfall across the plains. Three WDs have already hit the Himalayan region in March and two are expected in next few days," said Srivastava. The light showers in National Capital Region (NCR) has also improved the air quality levels to ‘moderate’.
According to IMD, a fresh feeble western disturbance is likely to bring isolated rain, snow over Jammu and Kashmir and Himachal Pradesh on 17 th and 18 th March, followed by another one on 19 th and 20 th. However, their impact would not be felt much in the plains. But, rainfall in Himachal Pradesh and Uttrakhand would be above normal.
Other states like north Chhattisgarh, Jharkhand, Odisha, south Bihar and Gangetic West Bengal would witness widespread rainfall and thunderstorm till March 21, due to moisture incursion from the Bay of Bengal.

IMD officials also indicated that an ‘active WD’ could develop only towards the 27th & 28th March, which could bring rainfall over north-western plains including Delhi, until then the rainfall activity is likely to be confined to east and northeast India in general.
In its seasonal outlook for March, April and May, the IMD had predicted the season averaged maximum temperatures in Himachal Pradesh, West Rajasthan, Konkan, Goa, Coastal Karnataka, Kerala and Arunachal Pradesh to be warmer than normal by 0.5 ºC to 1 ºC.

New Delhi, Mar 18:
Let us have a look at the weather forecast for Bengaluru, Delhi, Bihar, Jharkhand on March 19.

Bengaluru: A trough is extending from Vidarbha to North Kerala across Karnataka. According to Google weather, sultry weather is expected to prevail in the city tomorrow, as maximum temperatures is expected to cross 34 degree Celsius.

Delhi: March is a transitional month, wherein winters recede, and Pre-Monsoon heat starts to set in. According to Skymet, in the wake of a fresh Western Disturbance approaching the Western Himalayas, Delhi and its adjoining areas will witness rain and thundershower activities due to which, pleasant weather conditions will continue in Delhi for the coming days as well. However, day temperatures of Delhi is expected to rise and touch 30˚C. Delhi rains would once again make an appearance around Holi i.e. March 20 and 21.

Kolkata: The state of West Bengal has remained the most weather active pocket in the month of March so far, unlike its neighbouring states like Bihar and Jharkhand which have been facing rain deficiency. According to Skymet weather, rain and thundershower activities, along with strong winds and lightning strikes to occur over southern parts of Gangetic West Bengal during next 48 hours. There are bright chances of hailstorm at one or two places as well. The region will witness overcast sky for the next three days and rains will continue with reduced intensity until March 19. In wake of all these activities, day temperatures will fall by a couple of degrees.

Bhopal: Since the beginning of March, rains have been making on and off appearances over Madhya Pradesh and Vidarbha. As per Skymet weather, the major reason for these rains can be attributed to the Confluence Zone, that has developed from eastern parts of Madhya Pradesh up to Gangetic West Bengal. As these systems are expected to persist for some more time, more scattered rains are expected over East Madhya Pradesh, while some moderate showers over Vidarbha during the next 24 hours.

Bihar and Jharkhand: The state of Bihar and Jharkhand have been receiving good rain and thundershower activities since the last two days. The intensity of the weather activity was more over Jharkhand, while Bihar mainly witnessed isolated rains. As per Skymet weather, light to moderate rain and thundershowers expected to continue in many parts of Jharkhand. However, only light rain with one or two moderate spells will occur in Bihar during the next 24 hours.


Weather forecast for March 19: Delhi rains to return on Holi

It is not a very intense WD,
and would clear up very quickly by Sunday late in the day
and then a spell of sunshine. 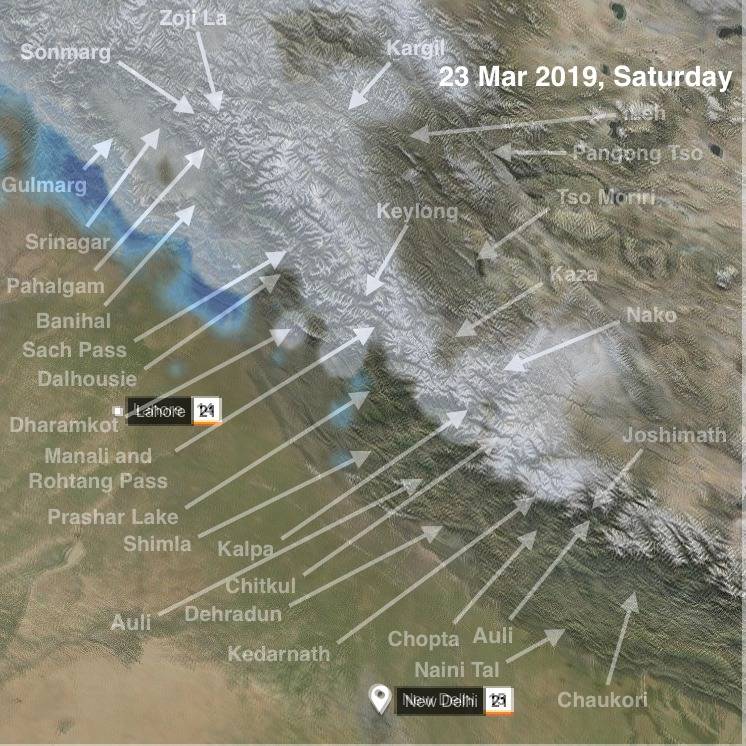 This is picture for 25 Mar, another WD on its way behind the one on23 Mar. As of now it does look a bit mean. But lets see when it actually arrives. 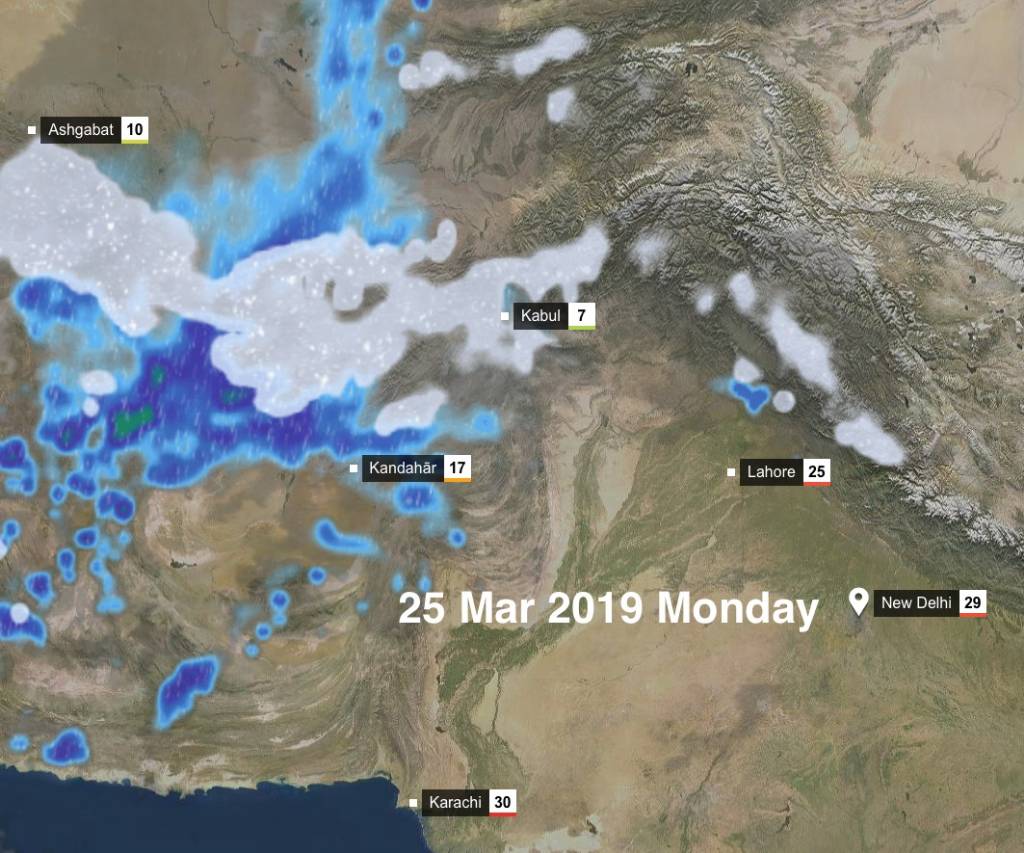 Punjab, Haryana To Witness A Wet Holi, Delhi NCR To Settle With Cloudy One 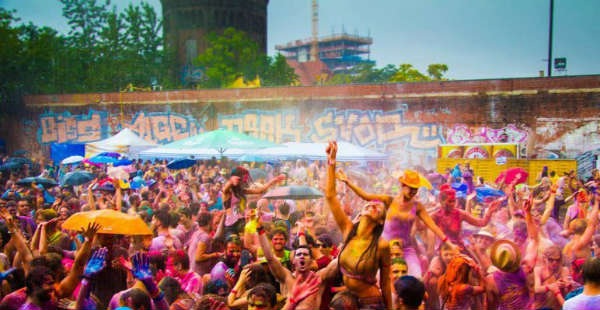 As had been forecast earlier by Skymet Weather, its been raining in Punjab and Haryana at present. In the wake of the fresh Western Disturbance over Jammu and Kashmir, an induced Cyclonic Circulation has formed over Punjab and its adjoining areas. Due to these weather systems, northern districts of Punjab such as Amritsar and its adjoining places have already experienced rains.
At present, weather conditions are cloudy to partly cloudy over most parts of Punjab and Haryana. Now we expect rain and thundershower activities to increase over northern districts of both the states. However, intensity of rains will be more over Punjab.
By tomorrow, southern parts of these states will also experience isolated rain and thundershower activities. So, we can say that this Holi will be a wet Holi for many parts of Punjab and Haryana.
Talking about the weather in the national capital- the cities of Delhi and NCR will experience partly cloudy to cloudy weather for the next 24 hours. Cloudy weather will keep the temperatures on a lower note. This might hamper the Holi celebration particularly on the morning of March 21 when the celebrations involve playing with water.
By March 22 however, the Western Disturbance would have moved away, and rain will also come to a halt. Weather will clear up and temperatures will once again start rising over the area.

Punjab, Haryana to witness a wet Holi, Delhi NCR to settle with cloudy one 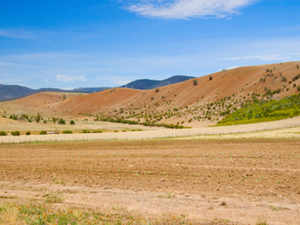 Indian weather forecasters, however, do not expect El Nino to impact monsoon rainfall in the country this year.


NEW DELHI: Australia’s weather office has warned that there is a 70% chance of El Ninoclimate cycle forming towards the second half of this year, a forecast that does not augur well for the monsoon season in India.

The weather phenomenon, which is associated with the warming of sea surface temperatures over Pacific Ocean, is considered to be detrimental to the season which lasts from June to September and during which India receives around 70% of its annual rainfall from the southwest monsoon.

“The chance of El Nino developing in 2019 has increased to approximately 70%, around triple the normal likelihood,” the Australian Bureau of Meteorology said on Tuesday, upgrading its outlook to ‘alert’ from ‘watch’ mode.

The revision, from 50% probability predicted by the bureau in its previous forecast, comes as most of the international climate models suggest increased probability of El Nino forming around June this year. All but one of the eight surveyed climate models predict sea surface temperatures will remain above El Niño thresholds for April and June, and six models forecast temperatures above the threshold during August.

Indian weather forecasters, however, do not expect El Nino to impact monsoon rainfall in the country this year. The India Meteorological Department said in a forecast this month that weak El Nino conditions are likely to persist till May and weaken thereafter.

Independent weather forecaster Skymet Weather Services had said in its preliminary monsoon outlook issued in February that the country is likely to witness normal monsoon rainfall this year and probability of El Nino formation is expected to reduce as the season progresses.