Three Knights, a Lady and the Chail Palace

On Sunday (19th April), Lalita, Amit, Sid and I had gone to Mehrauli Archaeological Park for photography and on our way back, we had stopped at BCMT Dhaba for breakfast. At breakfast, we started making plans for a short trip.

Even though we had somewhat agreed on Lansdowne, nothing was concrete at that moment, even though we were suppose to leave 4 days later!

On Thursday (we were to start on Friday morning), we finally had confirmation from everyone and we had zeroed in on Chail as our destination.

After getting full 10minutes of sleep on my computer chair and packing my bags while taxi was arriving, I managed to start from home at 3am. Few minutes later I picked up Lalita from her home and both of us headed to Amit’s home in Gurgaon, where we were supposed to meet Amit and Sid.

We reached Amit’s home at around 4am and by around 5:30am, Sid arrived and we started our journey towards Chail. Thankfully Amit knew traffic less route to bypass and we didn’t waste much time getting out of Delhi.

Once on the NH-1, we had more pressing matters deal with than the drive itself, Sid’s music collection! His selection of songs was beginning to drive us crazy and at one point we started using mobile phone’s speakers for listening to music, rather than car speakers.

We stopped for breakfast at Haveli Karnal, which had parathas fit for NRI pallet. Thankfully their pickle was nice and so was white butter, which made up for the somewhat tasteless parathas.

We continued on and just as we entered Punjab, we got pulled over by Punjab Police for driving with curtains on. Couple of hundred bucks later, we were back on the road and finally in the lap of Himalayas. So we took a much needed tea and butt break along the Kalka - Shimla Highway. 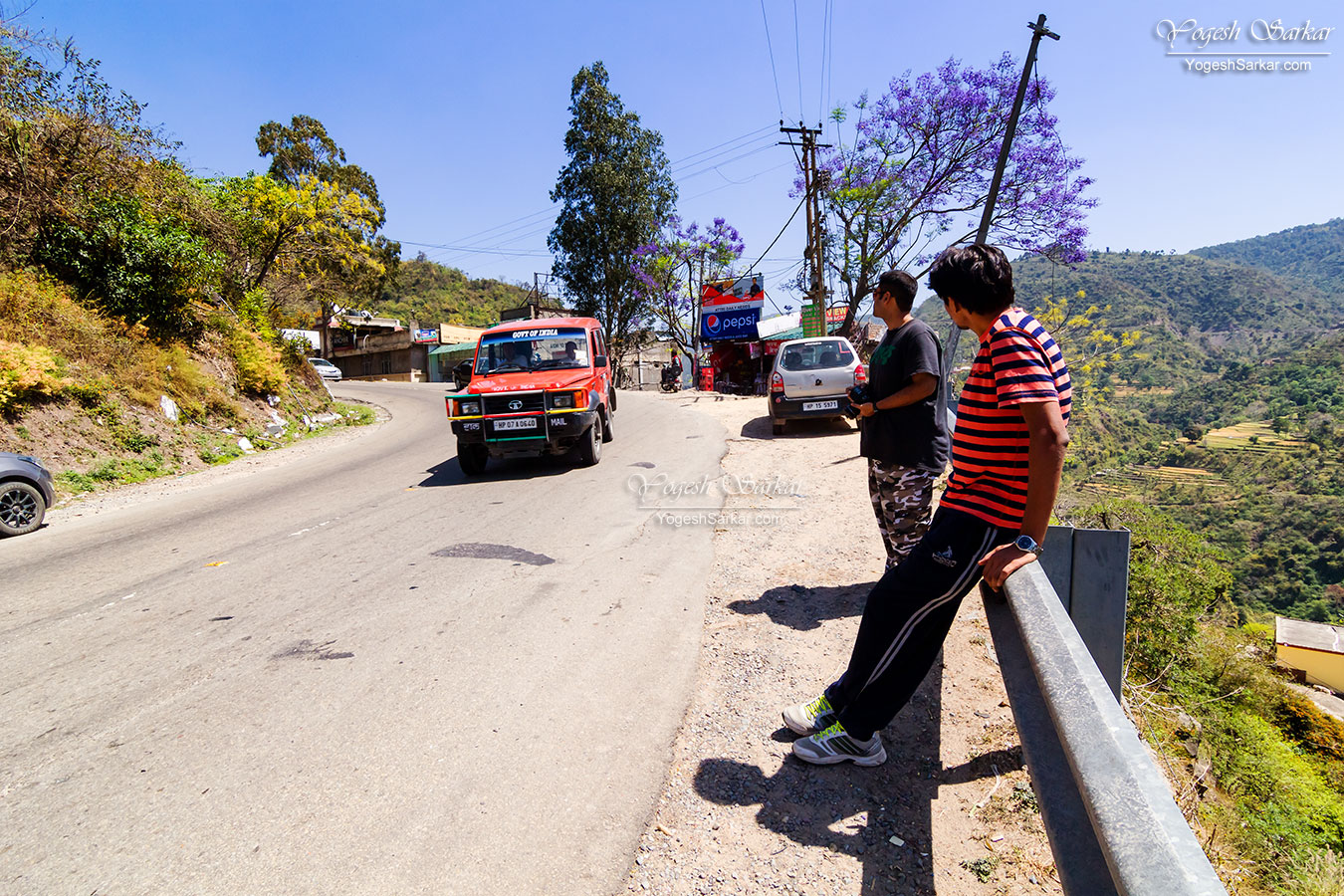 By now the temperature was becoming bearable and by the time we stopped at McDonalds in Jabli, weather was quite pleasant. 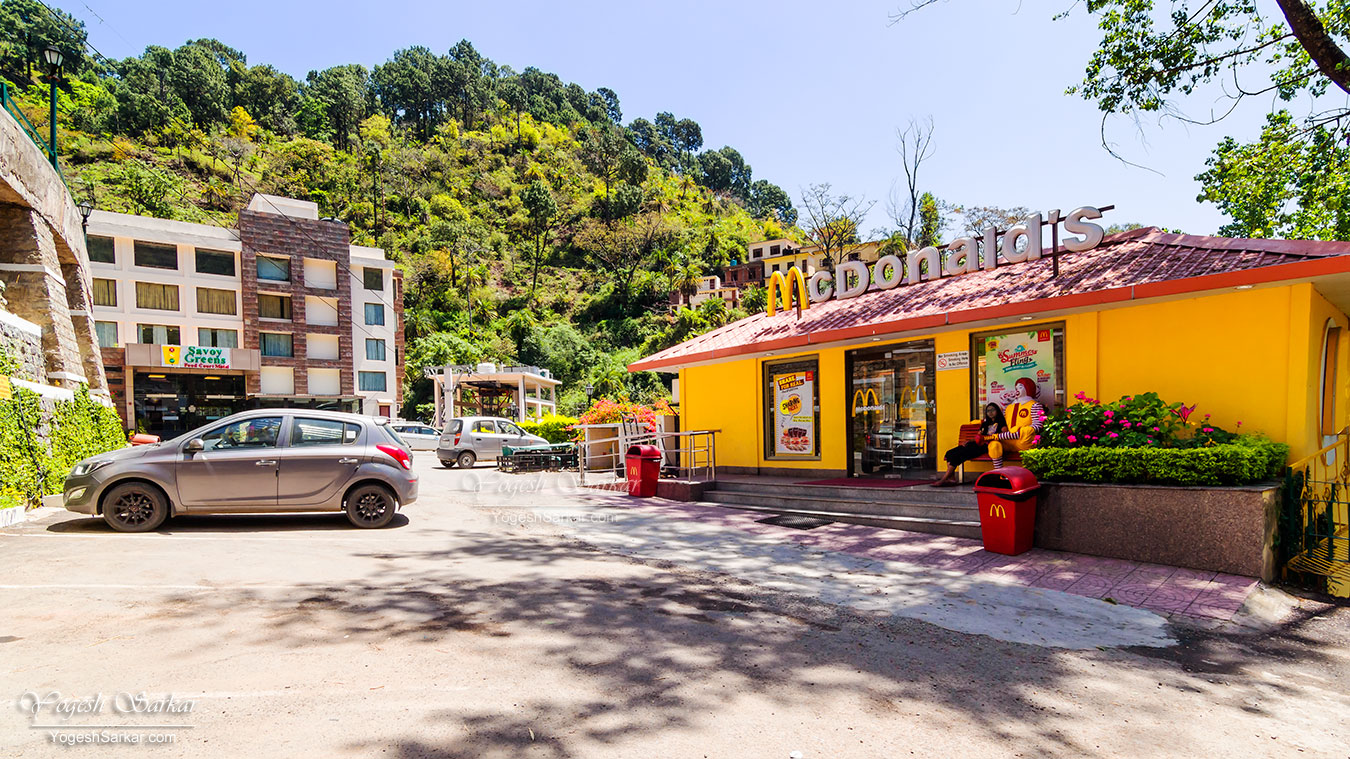 After a hearty meal, it was time to get back on the road.

Due to lack of sleep and other reasons, I was a bit down, so didn’t do photography en route. However I did enjoy the drive between Kandaghat and Chail, especially the last few kilometers. Sadhupul though was a nightmare with bad alternate route and even worse scene along the river with multitudes of camps and restaurants.

Chail of course was her usual self, somewhat serene and beautiful yet laid back. Now even though I have visited Chail few times, I have never visited Chail Palace. So when we headed there, I had no idea what to expect. I just knew that I wanted to stay there tonight.

Chail Palace was beautiful, but out of our budget (at least the main building), so we opted to stay at their Log Huts instead, which are located nearby and are a bit away from all the hustle-bustle of day visitors.

Waiting to check in, at Chail Palace lobby. 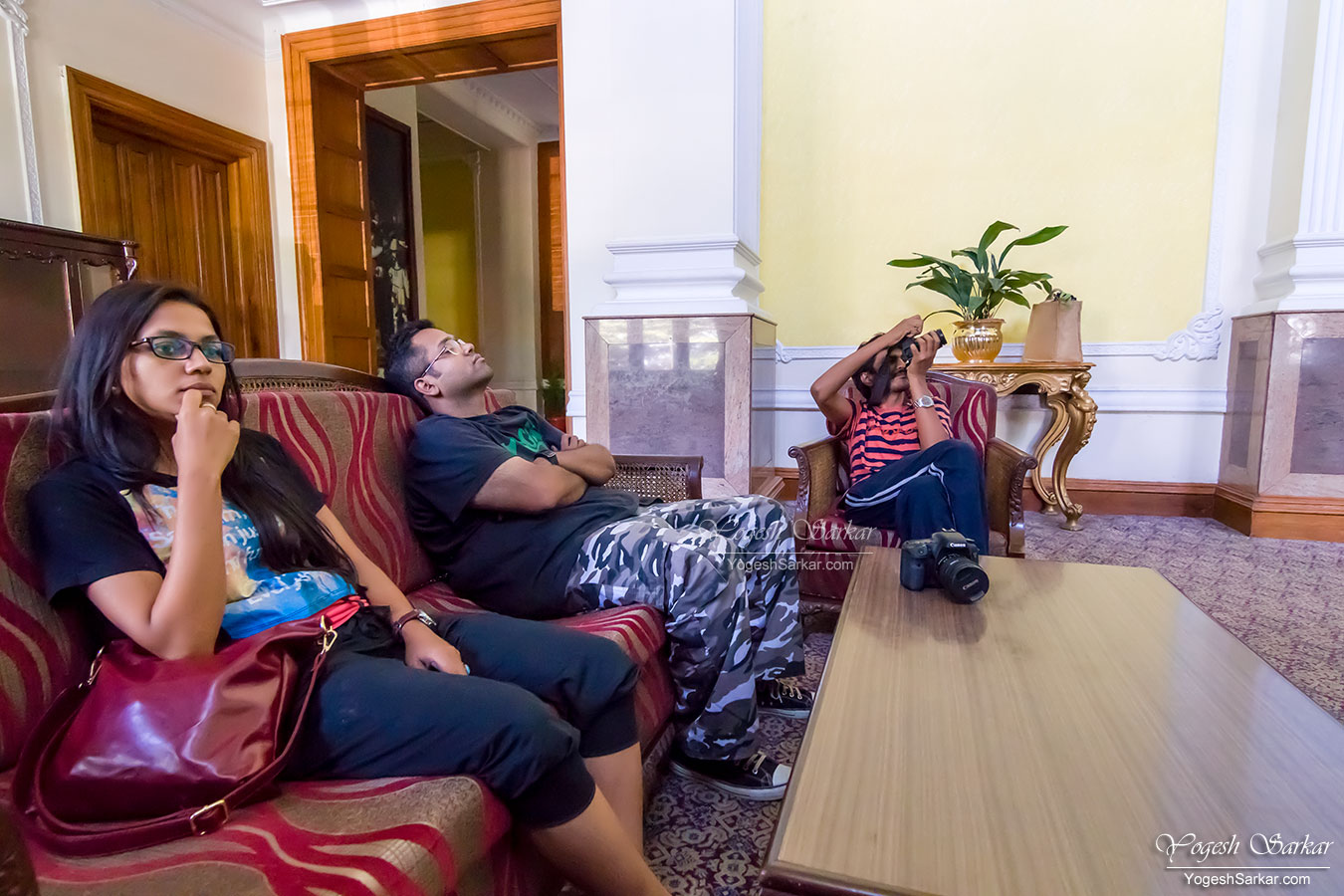 After checking in, we decided to have our lunch at hotel restaurant. Sadly only thing available at that time were snacks, so we had to make do with chowmein and fried rice. After lunch, we explored a bit of the lawns behind the Palace. 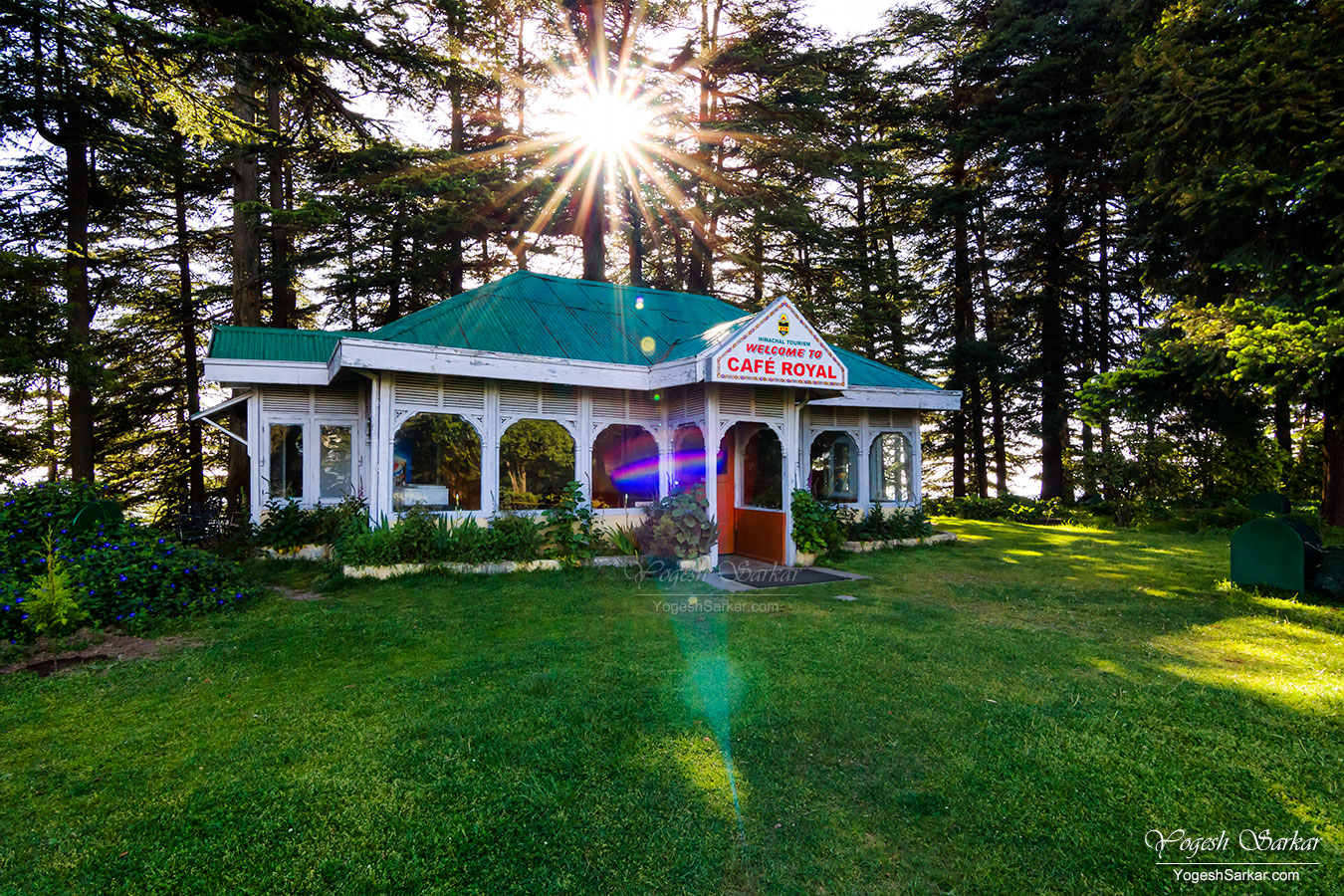 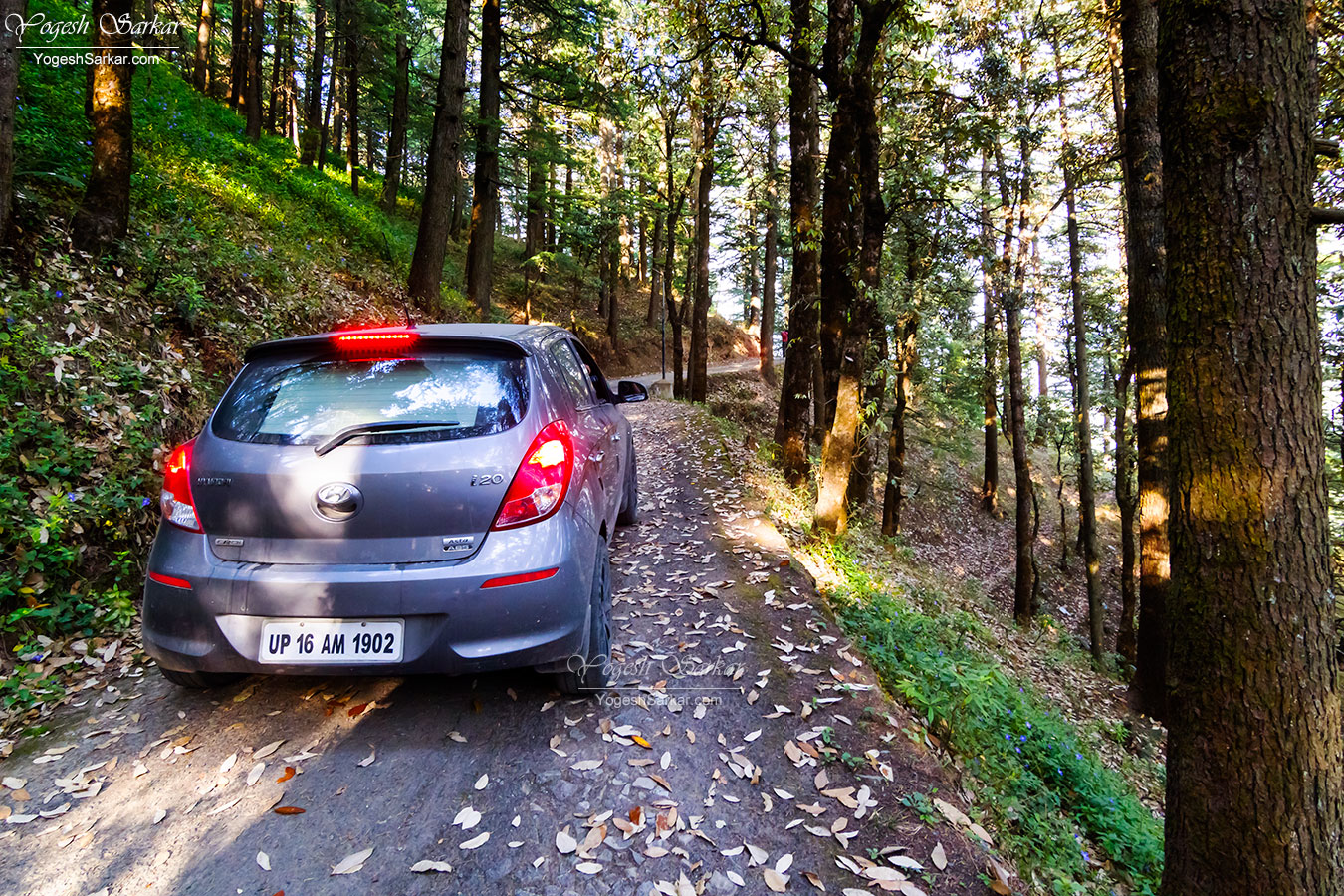 Our Pine Hut (also known as hut no 3) was beautiful and it had a nice view as well. 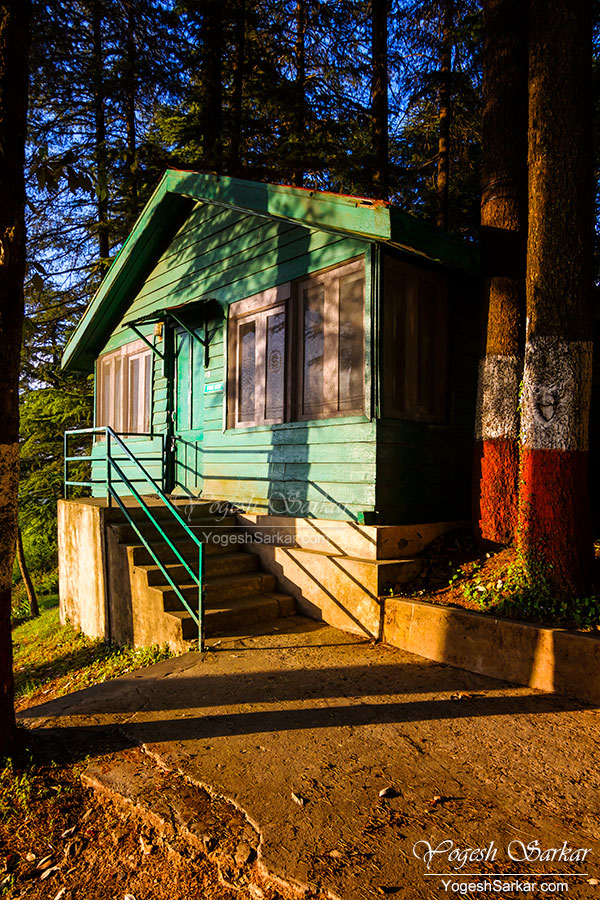 We checked in to our huts and freshened up for the evening ahead.

Loved the light and mood of the last three pics. The place is looking pretty nice.. Waiting for more..

excellent...waiting for more details...I may just go to Chail..based on your trip details though