To the land of Maharajas, Jodhpur

When we had booked the XUV500 for KP’s birthday trip to Corbett, we had gotten an offer to book the same or similar vehicle for free, for 3 days, in the next month or so.

With Christmas fast approaching, it looked like a perfect time to head out somewhere. I was leaning towards Gopalpur. However, Neha wasn’t in the mood for it and wanted a bit of luxury instead.

After a lot of contemplation and realizing, hotel rooms were getting booked fast, we decided to make the mistake of booking Oyo Premium (Hotel Amba International) in Jodhpur.

We also booked an Endeavour from Myles by paying the difference over XUV500, effectively getting the vehicle for around Rs. 3,800 for 3 days (or so we thought.)

Almost until the end, we weren’t sure, who all were coming. All we knew was, Neha, KP and I were heading out to Jodhpur in an Endeavour, with a couple of rooms booked in advance.

Around 3:30 am, I called an Uber to take me to Radisson Blu Plaza at Mahipalpur, where I was supposed to meet rest of the gang and also our ride for the trip.

After a 20 minute drive, I managed to reach, where I was supposed to reach. After a couple of calls, I also found rest of the gang, minus the ride. Turns out, there was some confusion and the Myles contractor wanted us to pick up the vehicle from further ahead. After a couple of phone calls, he agreed to pick us up and shortly after that, we inspected the vehicle, signed a couple of papers, prayed we wouldn’t damage anything and got on the highway.

No one had slept, however, everyone was charged up, at least initially.

We stopped shortly thereafter for water, followed by another tea break since the initial dhaba did not have a loo for the ladies.

Since KP was feeling sleepy, Neha took over the driving duties. It was sort of funny, watching her settled in the large driving seat of the Ford Endeavor. However, she drove great as usual and we were making steady progress.

After crossing Jaipur bypass, we met with Bhuwan sir. We then drove (and he rode) to Highway King Restaurant, after Jaipur, and over delicious breakfast, we got some invaluable tips from him for the journey ahead, as well as what to see, eat and explore in Jodhpur, coupled with his usual excellent humor.

Post breakfast, KP took over the driving duties and put the power of Endeavor to good use on the Jaipur – Kishangarh Expressway.

This was the first time I was going beyond Ajmer in the direction of Jodhpur. For my earlier trips to Udaipur and Gujarat, I had taken a diversion from Kishangarh and my earlier trips till Ajmer had resulted in a detour to Pushkar.

Now I could finally see the real beauty and excellence of Rajasthani highways. 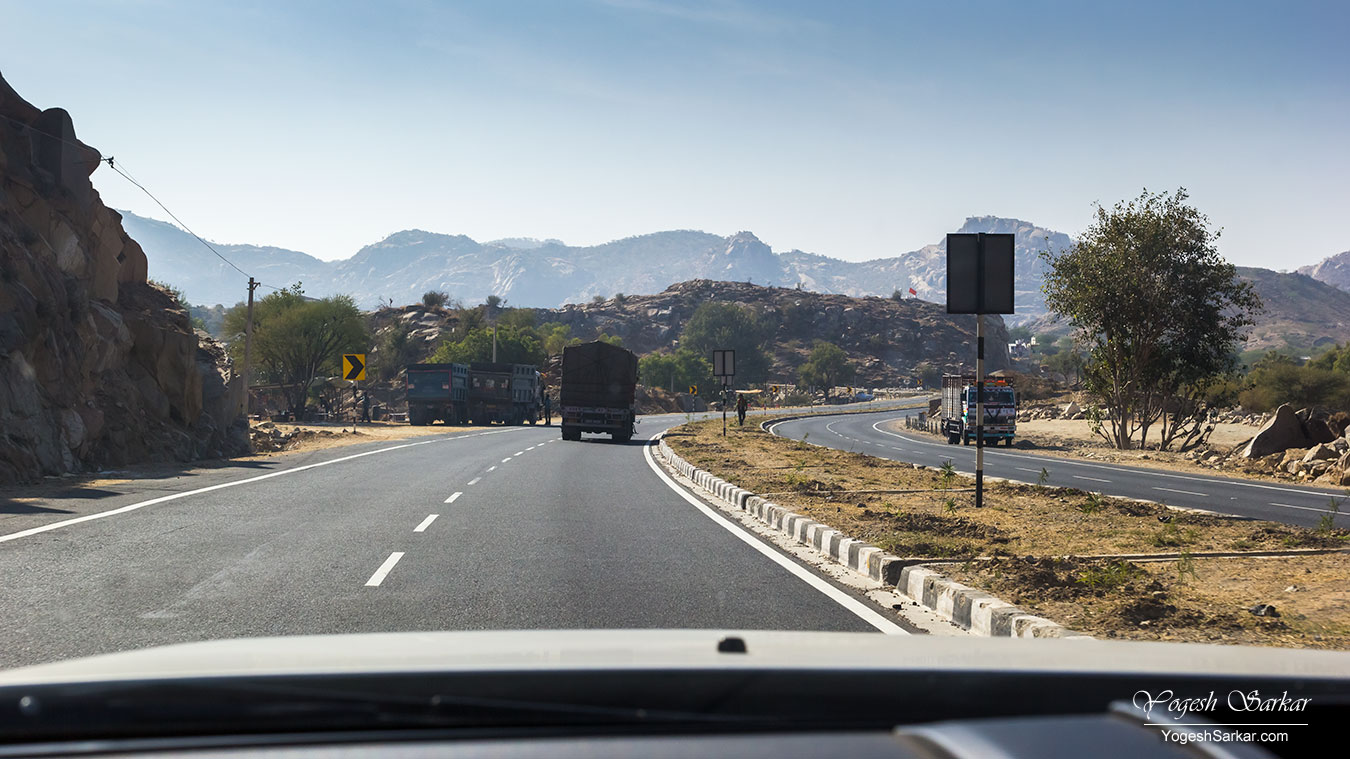 When we reached around Beawar, we drove extra cautious, since Bhuwan sir had warned us about livestock on the road and locals who are all too happy to make you pay, in case you run over one of the animals on the highway.

Soon, highway too turned into a single lane highway with no dividers. Thankfully, there wasn’t much traffic, so we were still making good progress. 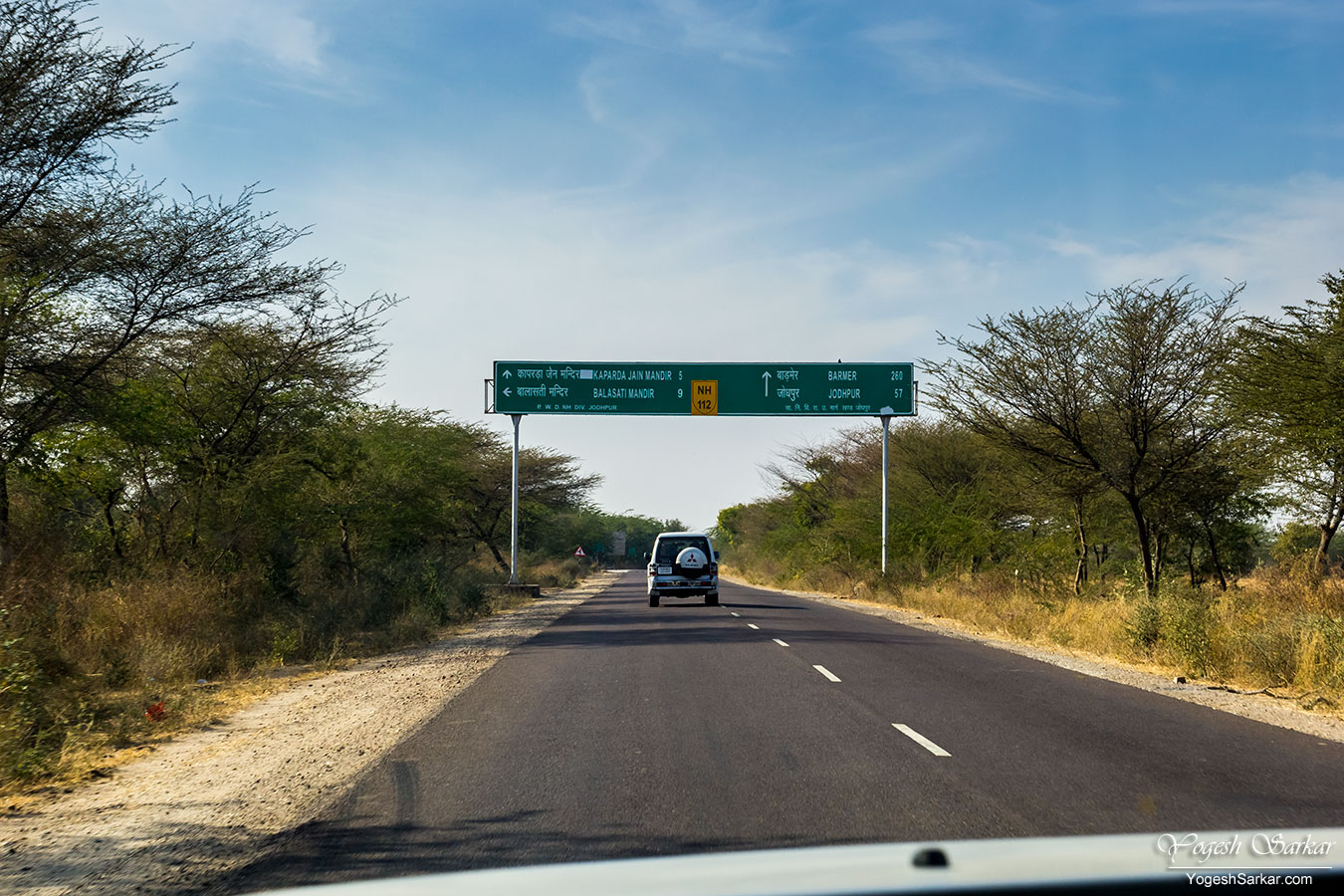 In fact, we were making such good progress, that we managed to reach Jodhpur around 3 pm, 10 and a half hours, after we had begun our journey from Delhi.

We went to Oyo Premium Hotel, which had really bad parking and after waiting for half an hour or so, we eventually got our rooms. Our first experience with Oyo had turned out to be a damp squid.

Everyone was dead tired and at the same time, hungry. After freshening up, we went outside and got some pakodas and pyaaz ki kachori from Ram Namkeen and Sweet Shop. It was really delicious and all of us relished it.

Then later in the evening, we went outside to explore the city and found a small restaurant and had our dinner there. Followed by gajar ka halwa and other sweet dishes at Ram Namkeen and Sweet Shop. 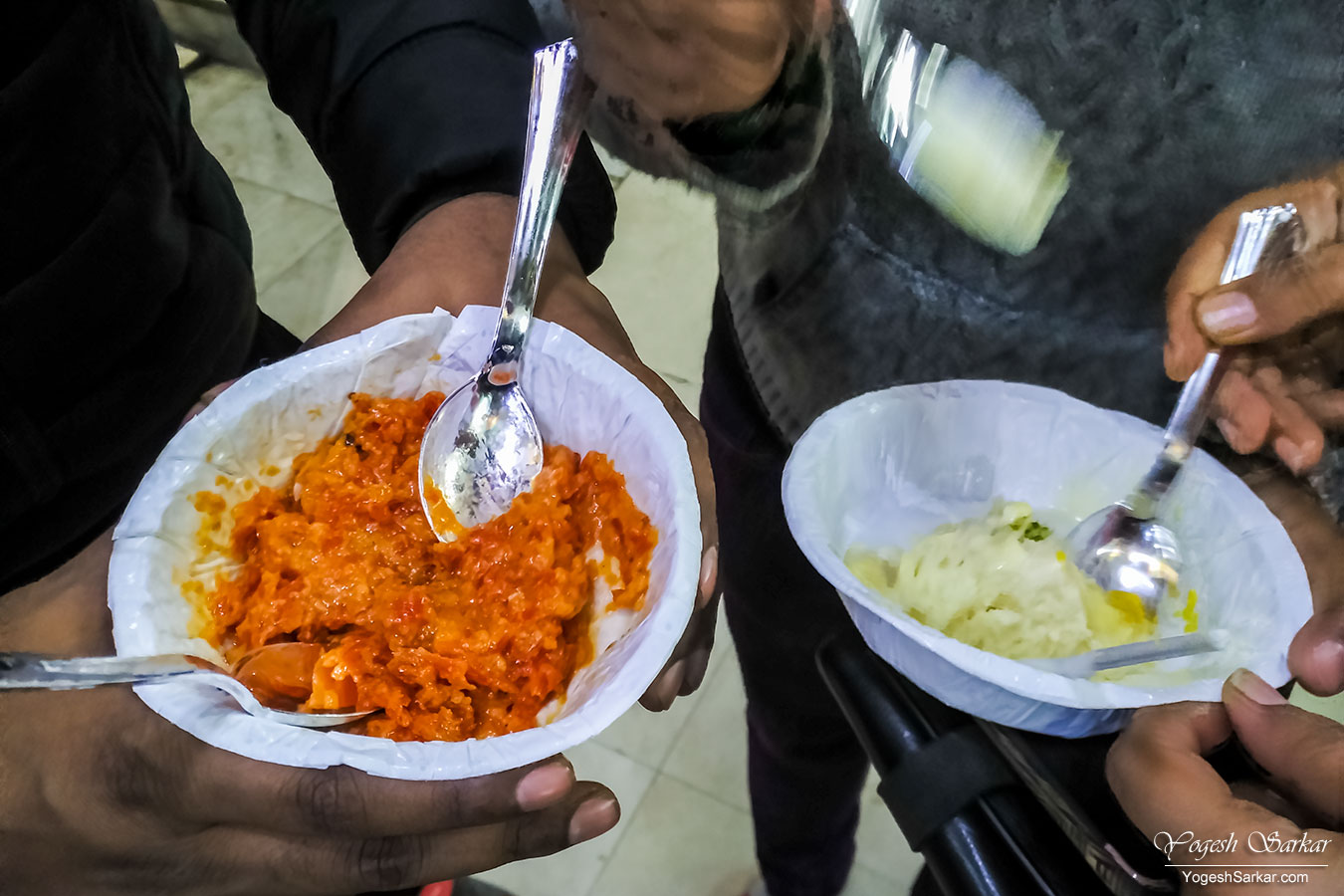 After returning to our hotel, we watched a movie and played a couple of games, before going back to sleep. Sightseeing would have to wait till tomorrow.

Hopefully i will keep one of the pic as my lappy wallpaper.. with your due permission
Click to expand...