To the land of Maharajas, Jodhpur

The day started fairly lazily, no one was in a mood to get ready in a hurry and took their sweet time getting ready. We got so late, we missed the breakfast buffet included in our stay and decided to eat outside.

So around 12:30 pm, we hopped into our car and headed for the Kissan Bhojnalaya to try out the various cuisines. 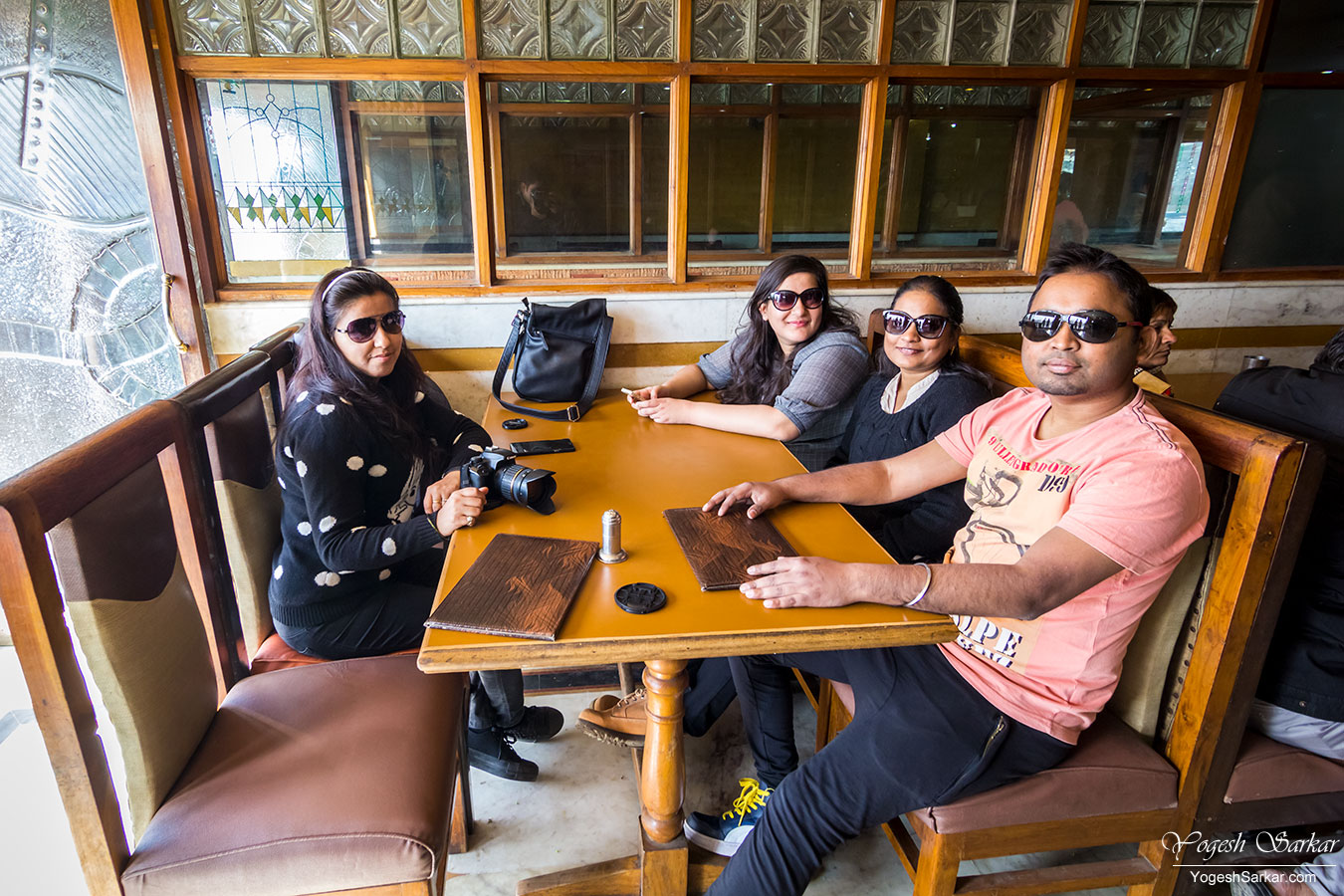 Even though the restaurant didn't look impressive, food certainly was and on top of it, service was fairly courteous. 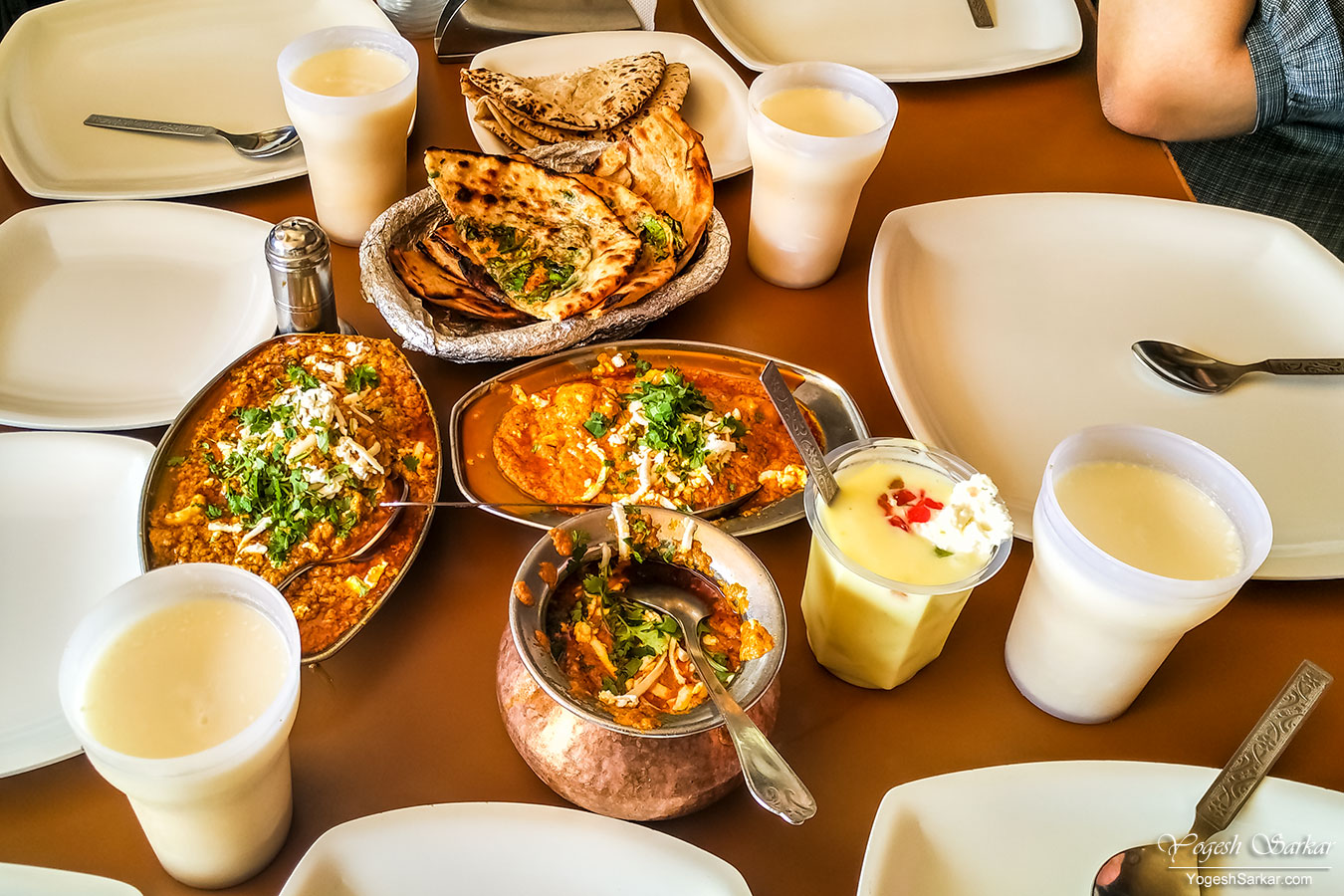 After having a delicious brunch, we headed for the Mehrangarh Fort and only managed to get there around 2:30 pm. It was jam packed with tourists and rightly so, even from the outside it looked grand. 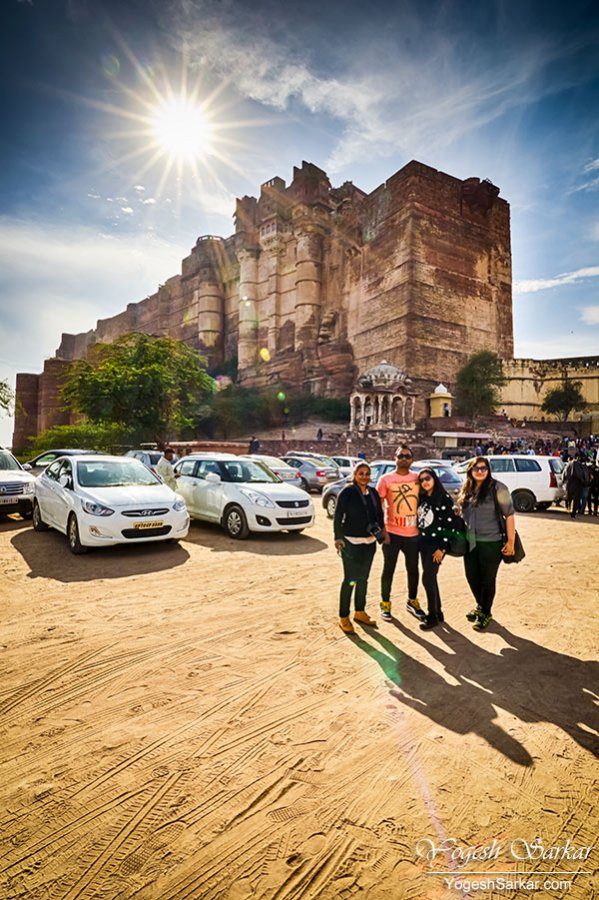 But before we could go inside and do some sightseeing, it was time to take some other touristy photographs outside. 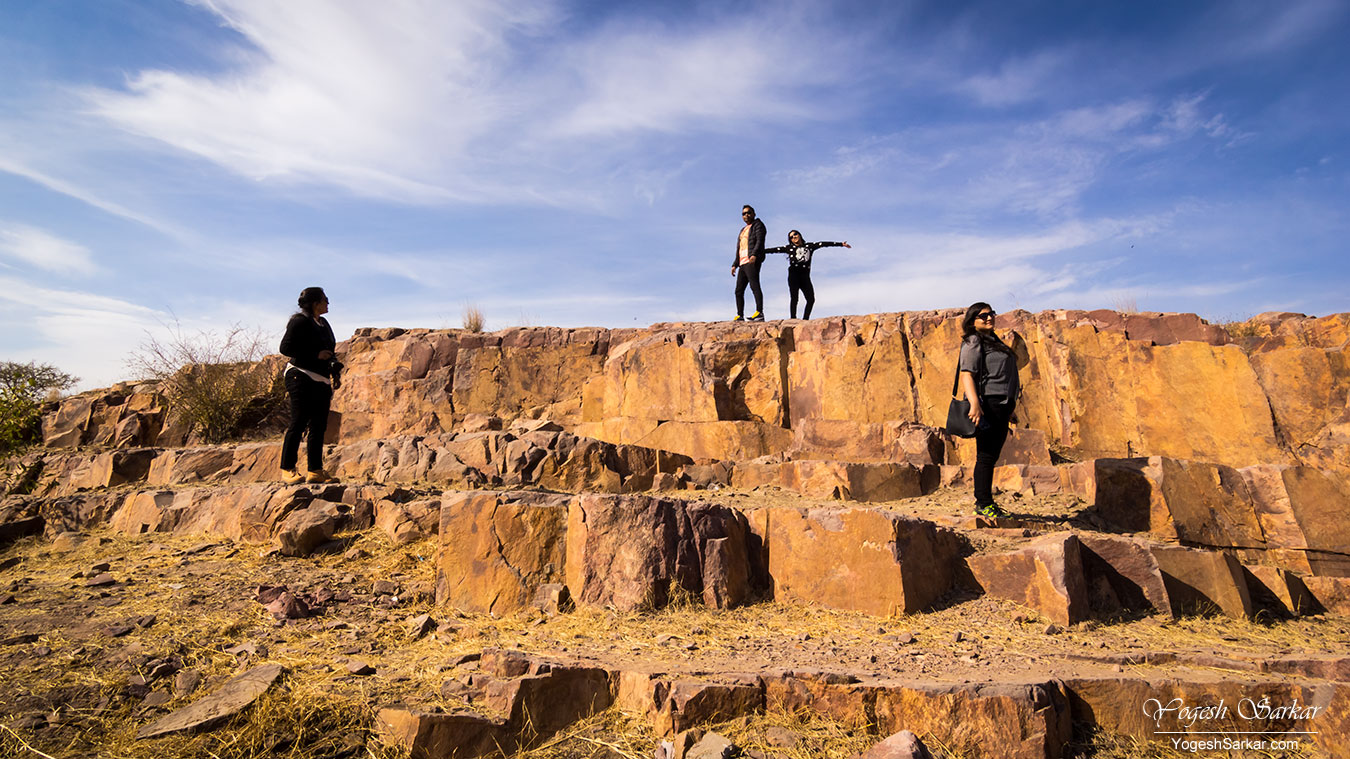 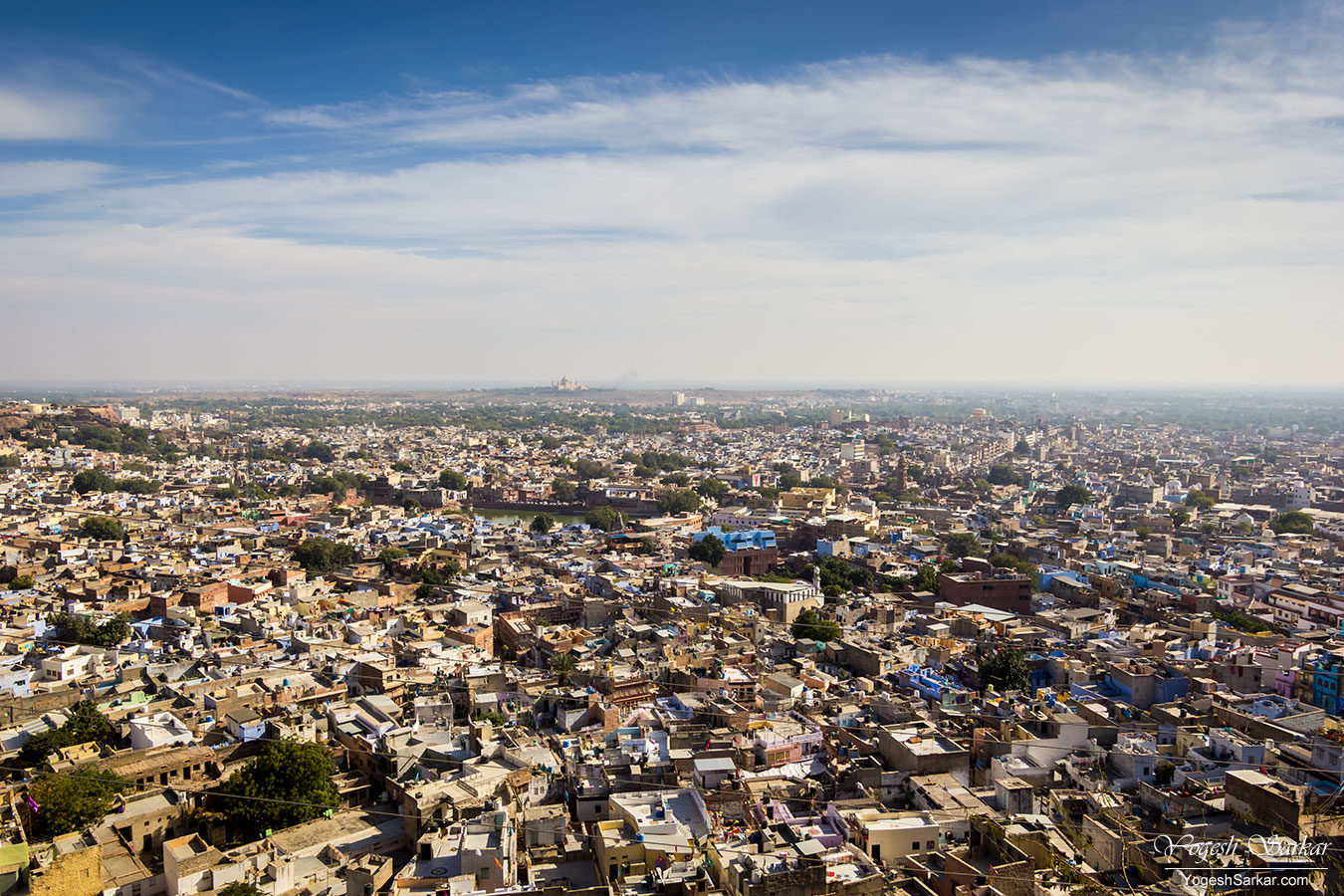 Of course getting inside was one thing, buying an entry ticket to really begin the sightseeing tour was quite another and full of chaos. People were hardly keeping to lines and there was confusion all around with different types of tickets being sold at different places. After a small skirmish D) we finally managed to get the tickets and walk inside. 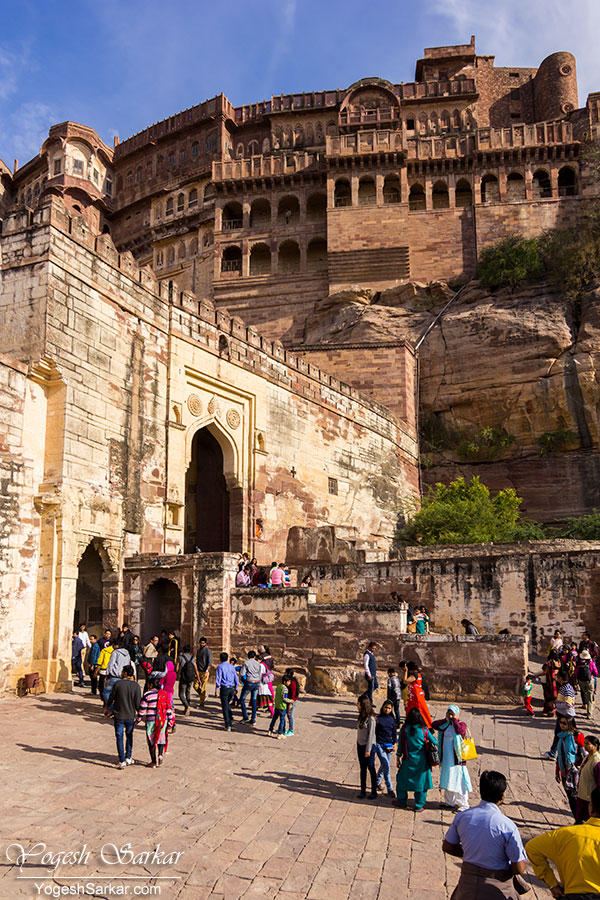 Mehrangarh Fort was built around 1460 AD by Rao Jodha, who also founded Jodhpur. And this massive fort was a sight to behold, even with tourists all around. 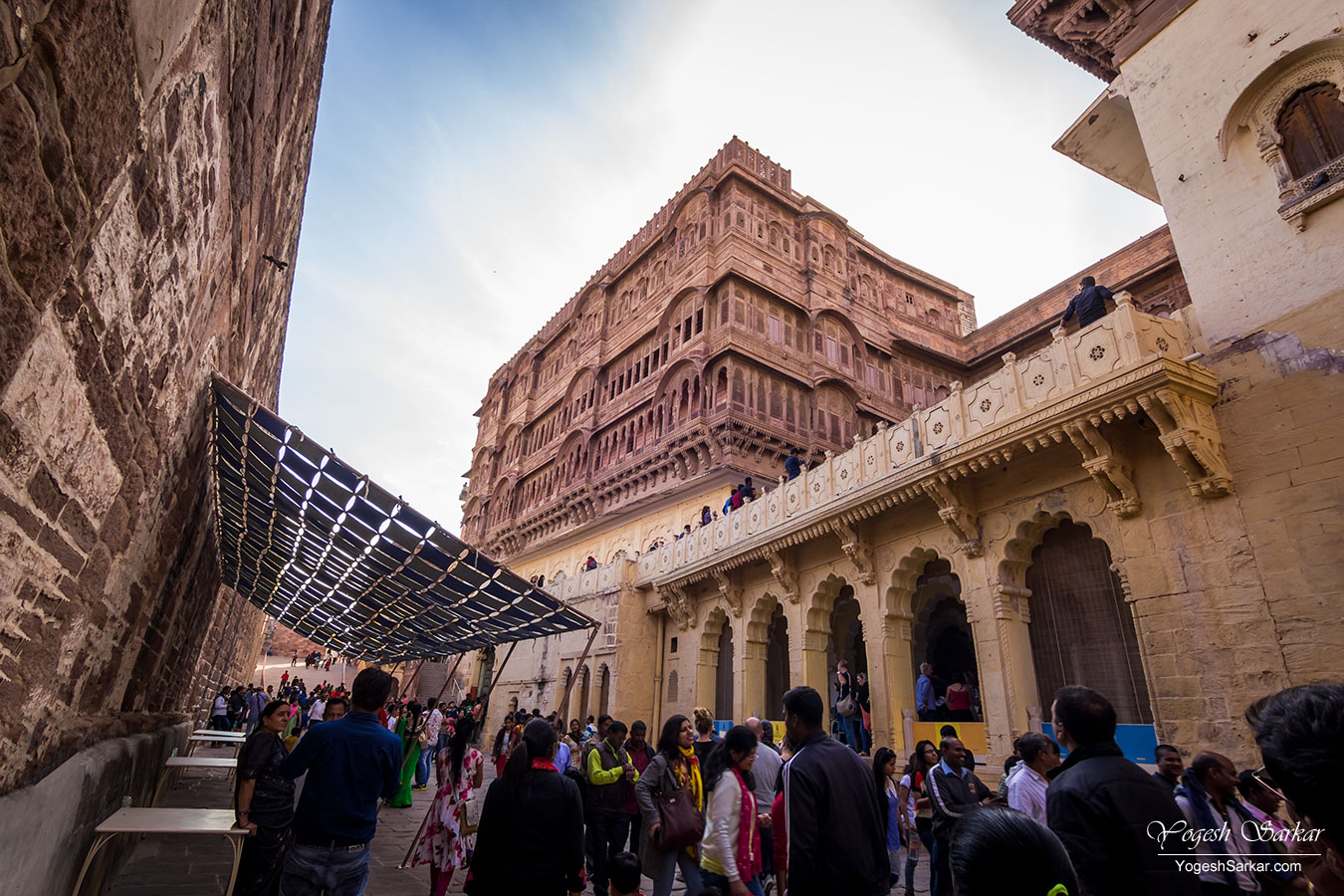 Real attraction of the fort were the various galleries showcasing the best of the bygone era, including weapons, paintings, palanquins, sculptures, and of course the architecture. I will let the photographs do the talking. 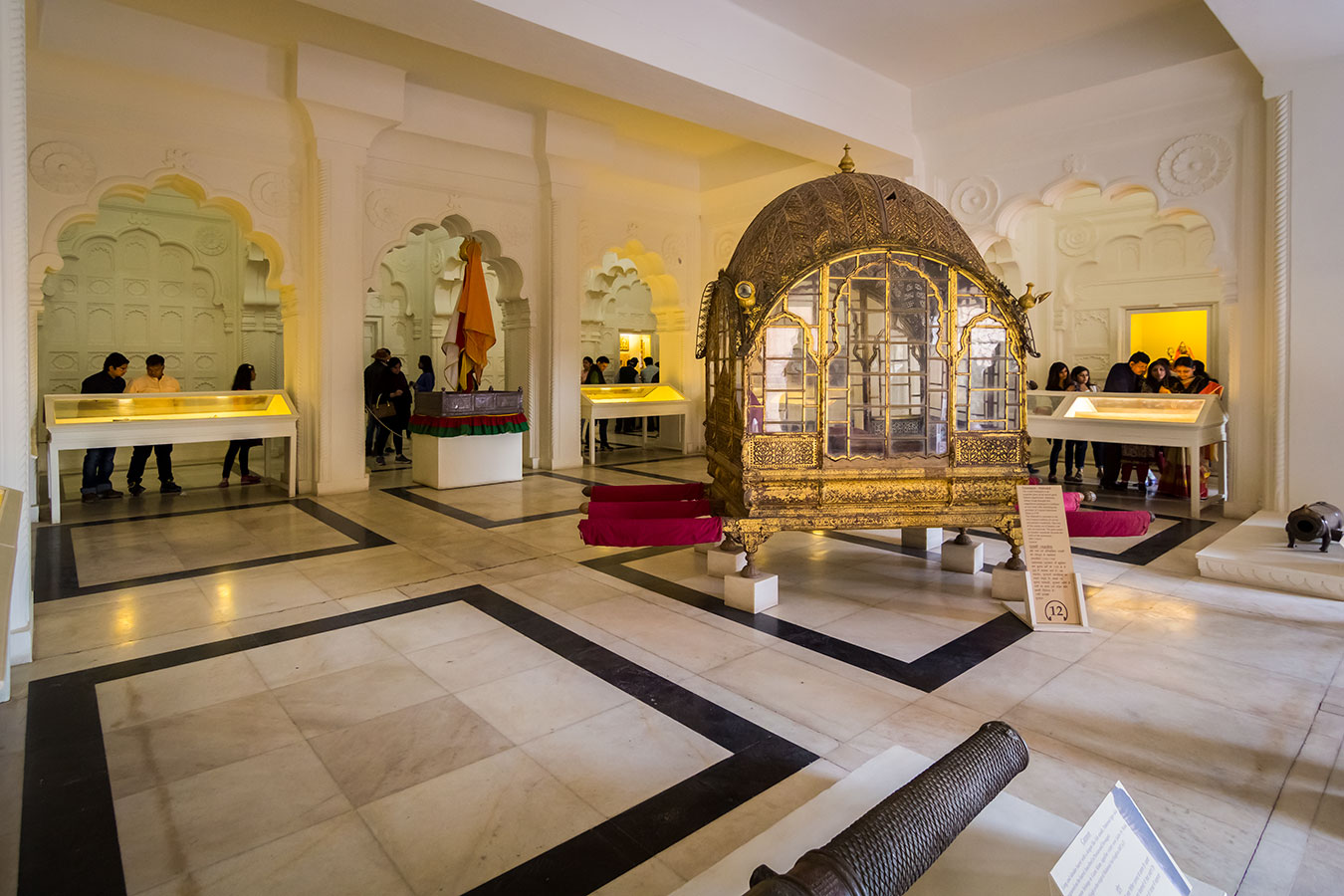 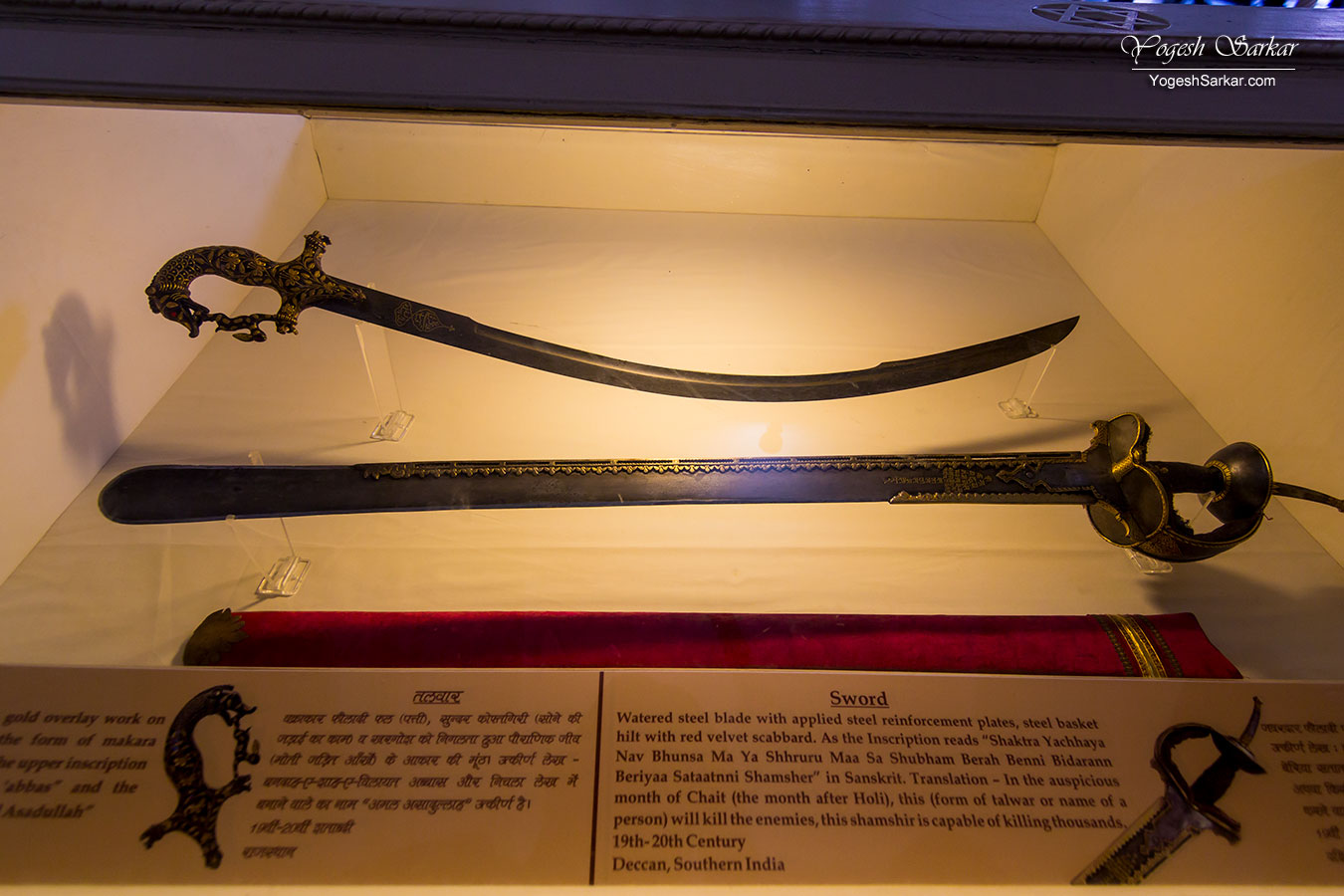 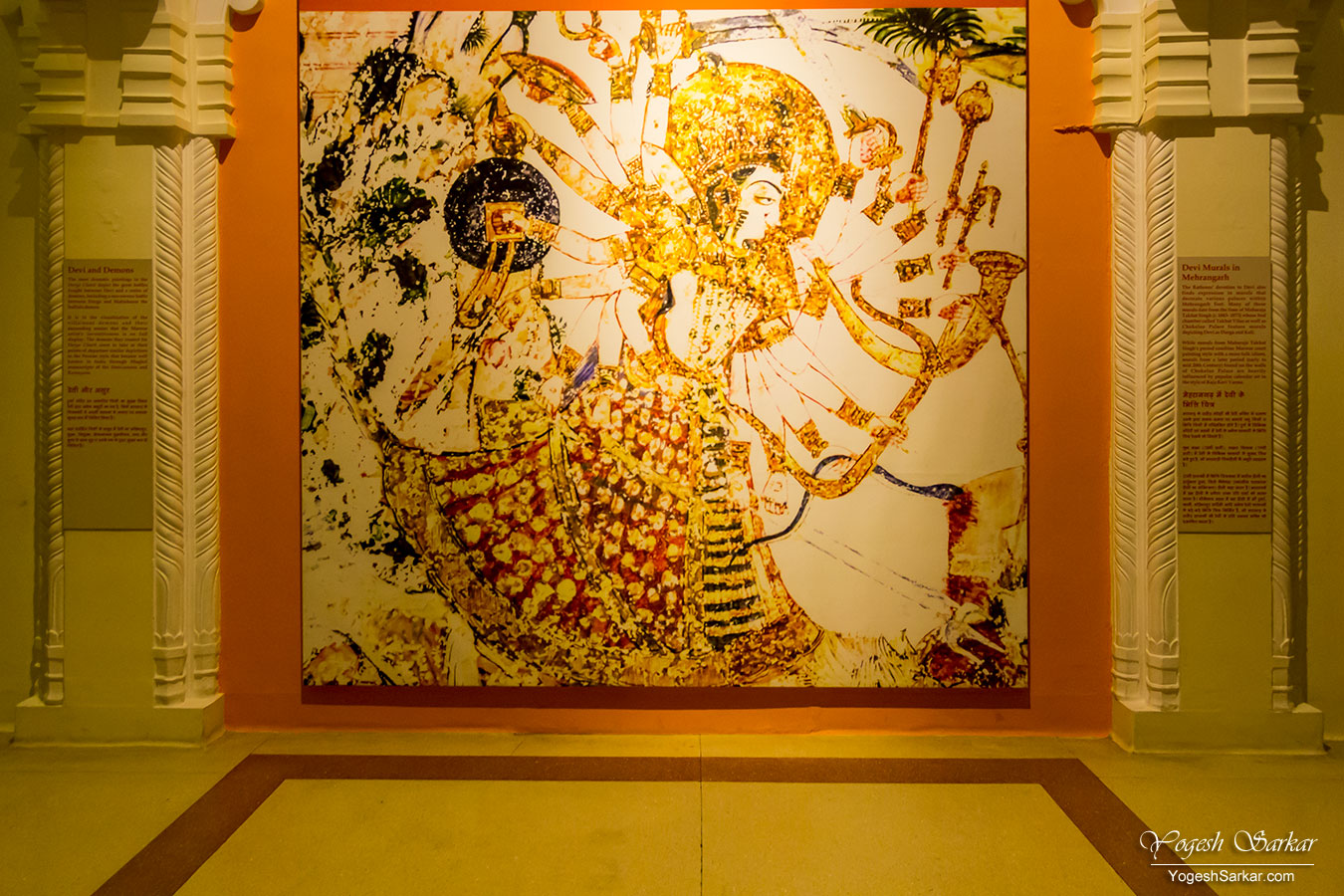 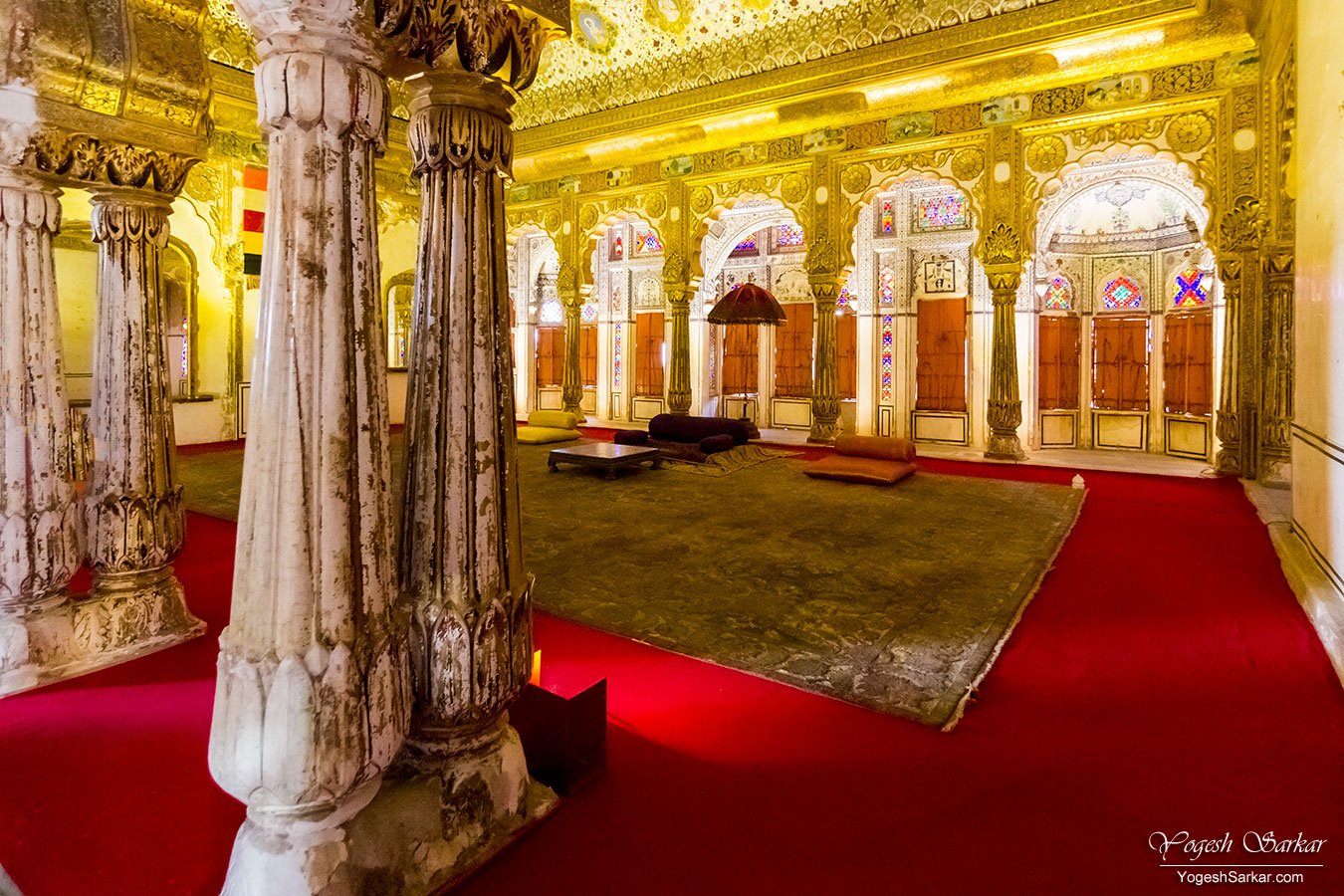 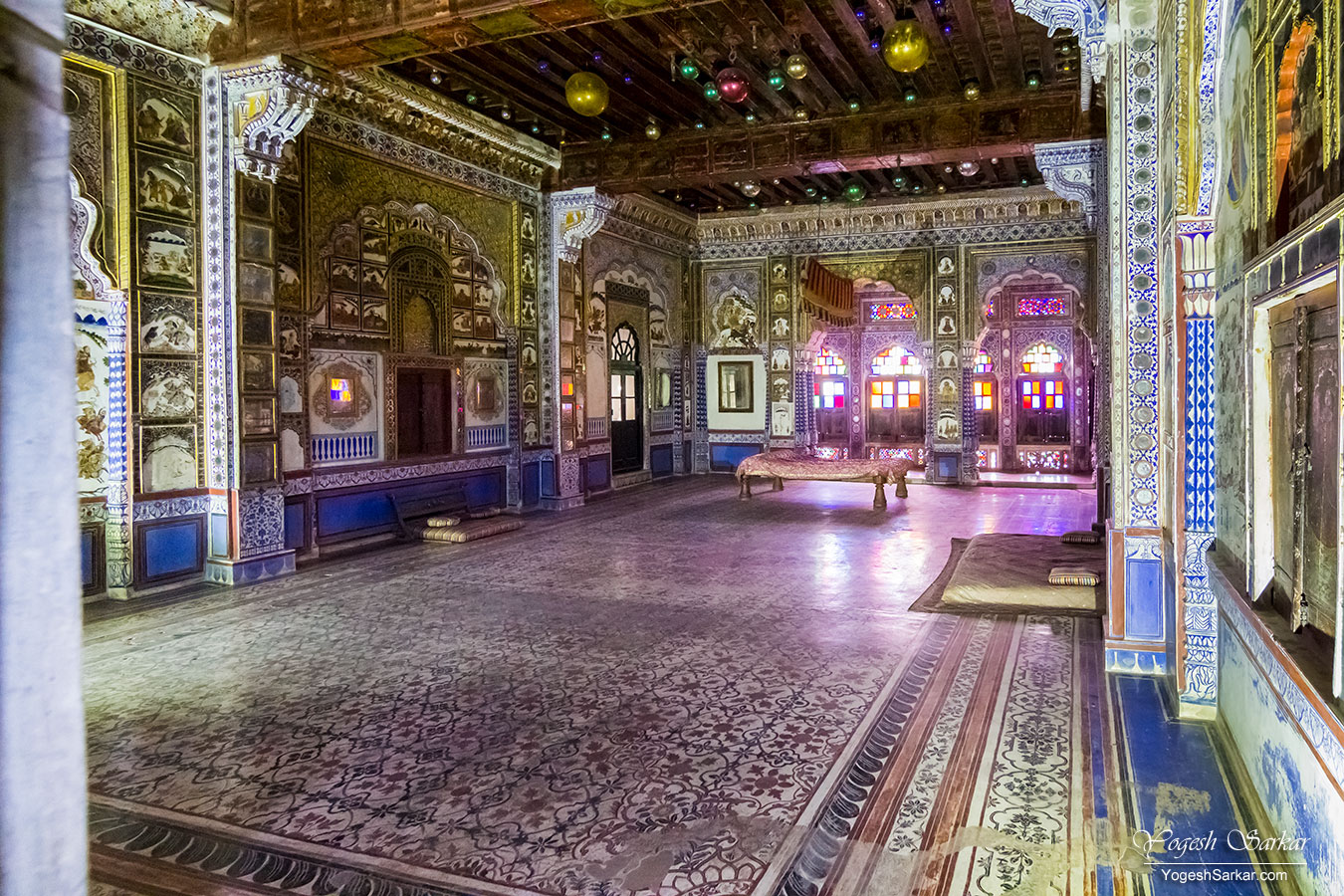 There was a lot to see and do, and not enough time with the Fort supposed to close at sunset, we had just three hours for sightseeing. So we sort of rushed along and even missed the armory, because it had been closed by the time we got there.

By the time we came outside of the galleries, we were greeted by a colorful sky, getting dramatic by each passing moment. 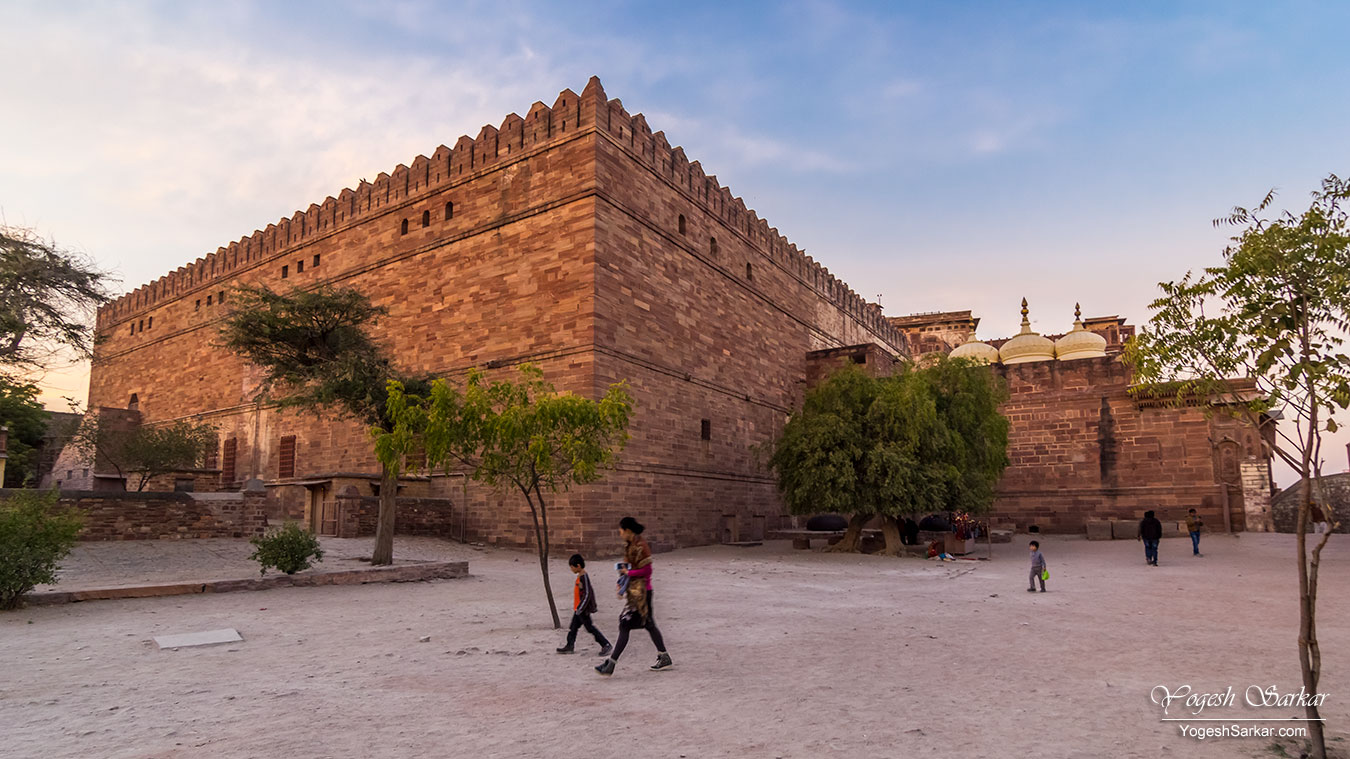 By the time we got to the Chumunda Devi Temple, the sun had set the sky on fire! 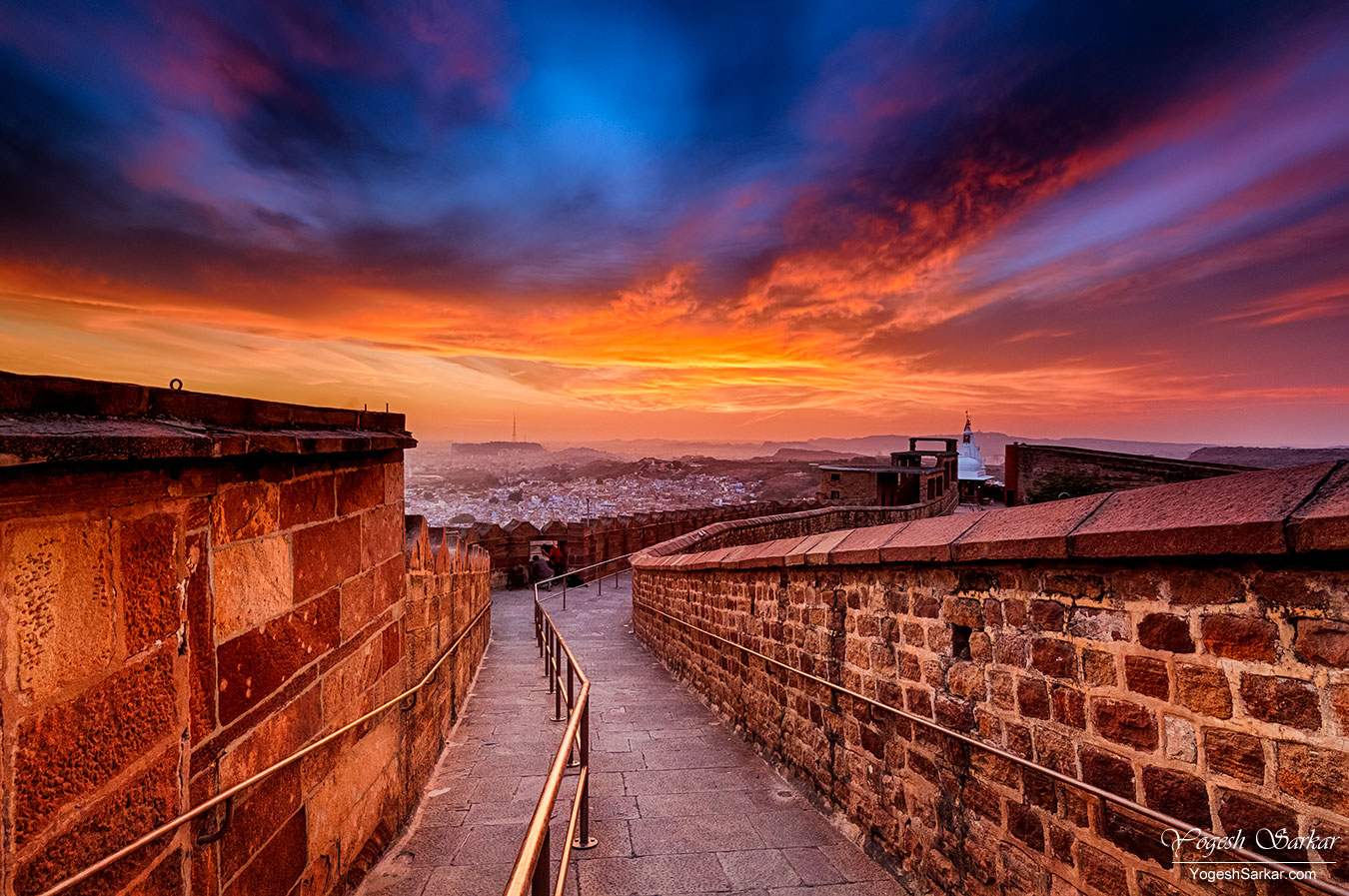 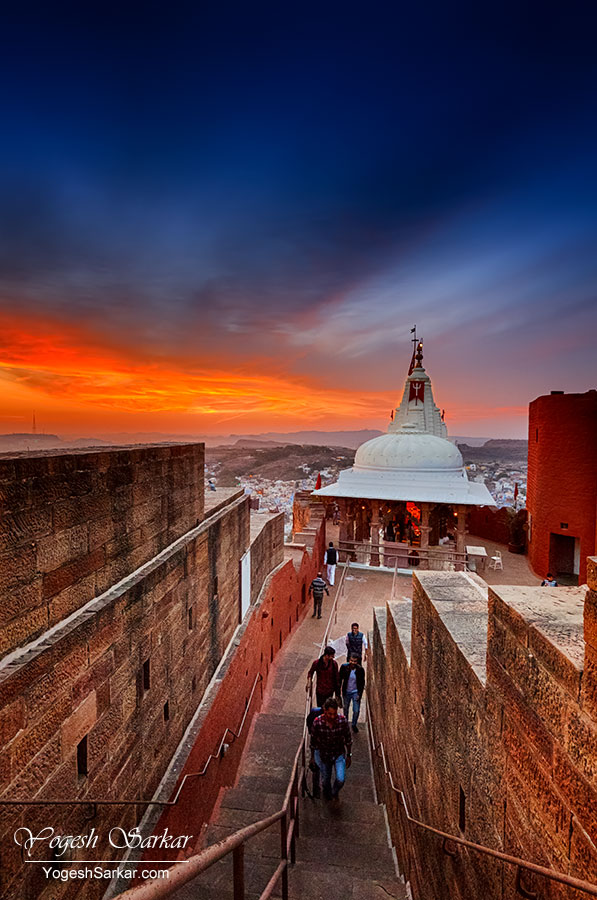 Even the Jodhpur City looked beautiful contrasting it's blue with the orange of the sky. 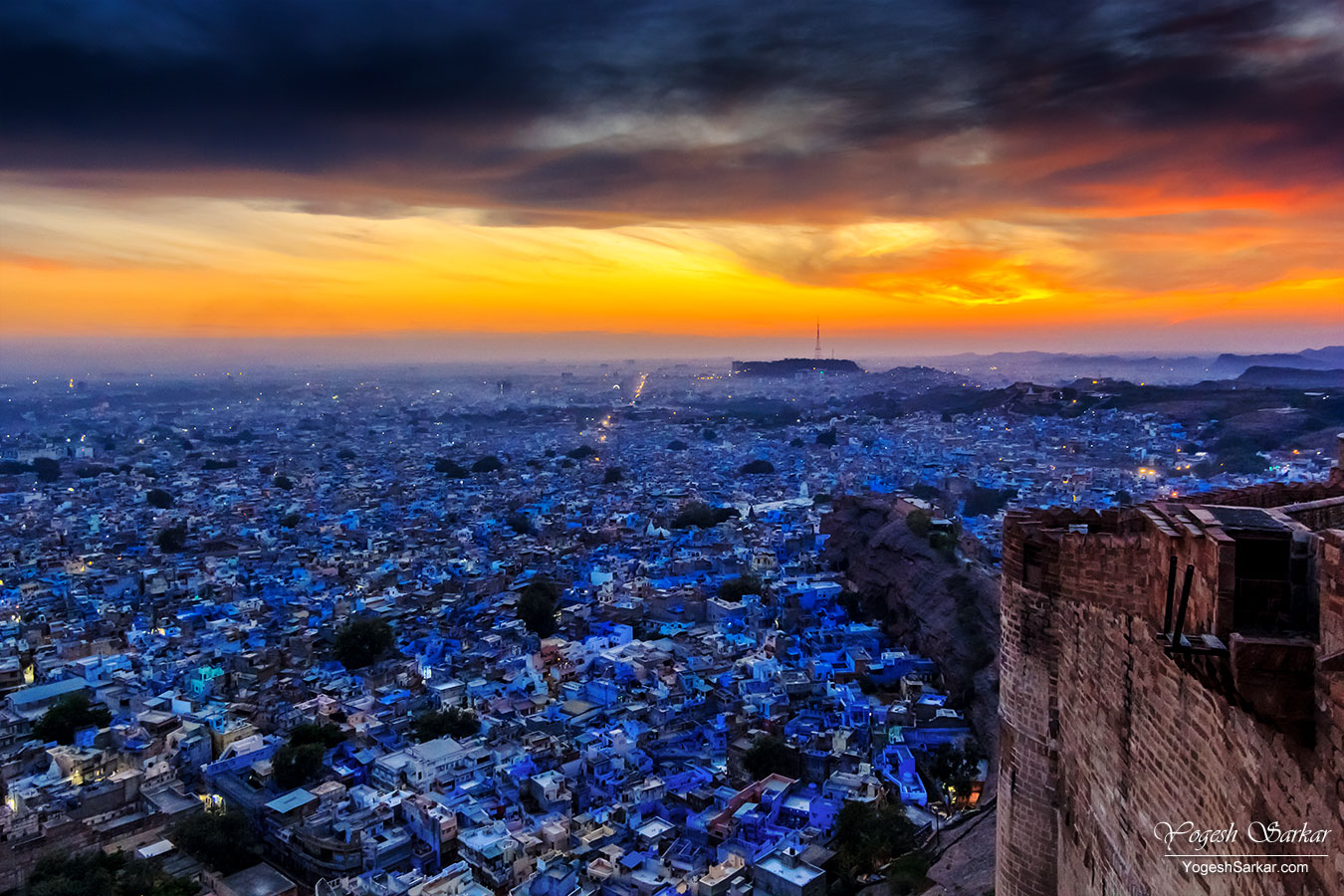 While I was taking photographs, a guard was politely asking us to leave the fort, since it was closing time. We got a few extra moments from him, to click a photograph of the gang against the beautiful sky. 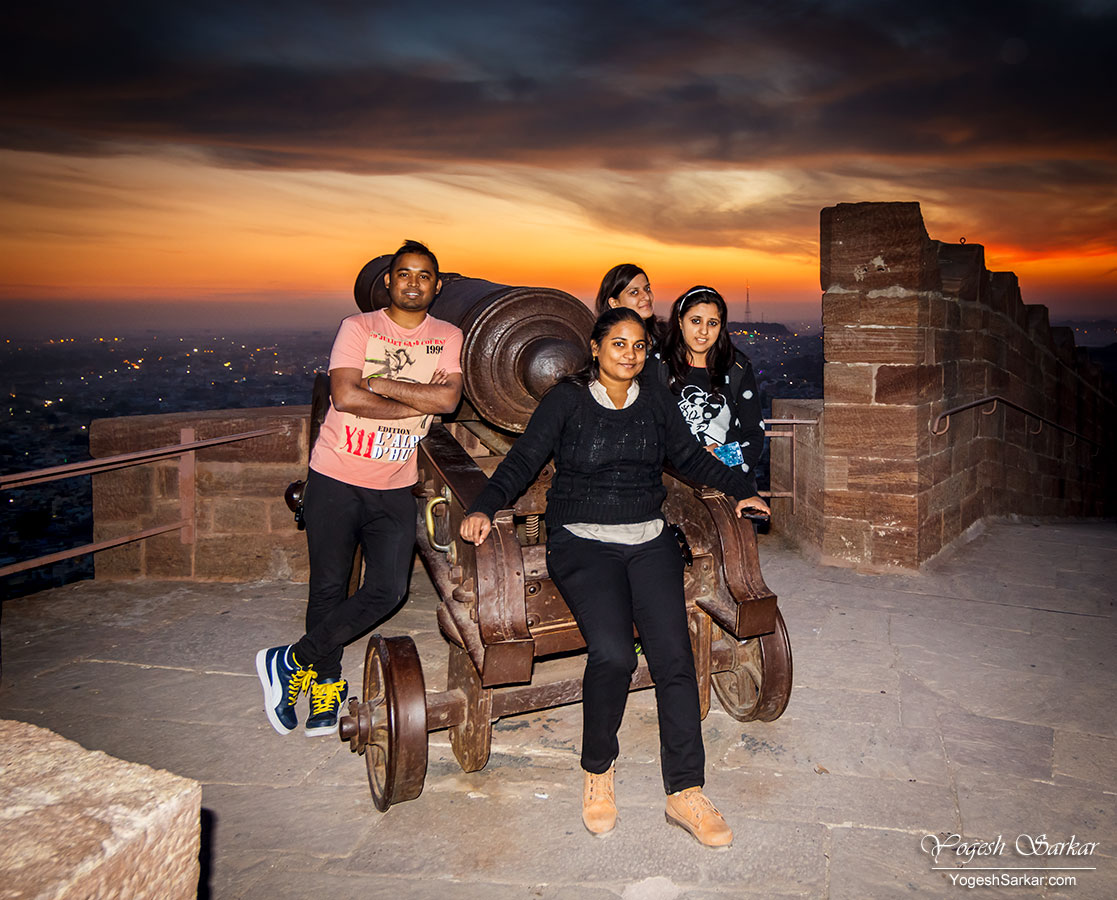 As we were walking out, Mehrangarh Fort was getting illuminated for the night tour, and fighting hard to keep the darkness at bay, which seemed ever so eager to engulf it. 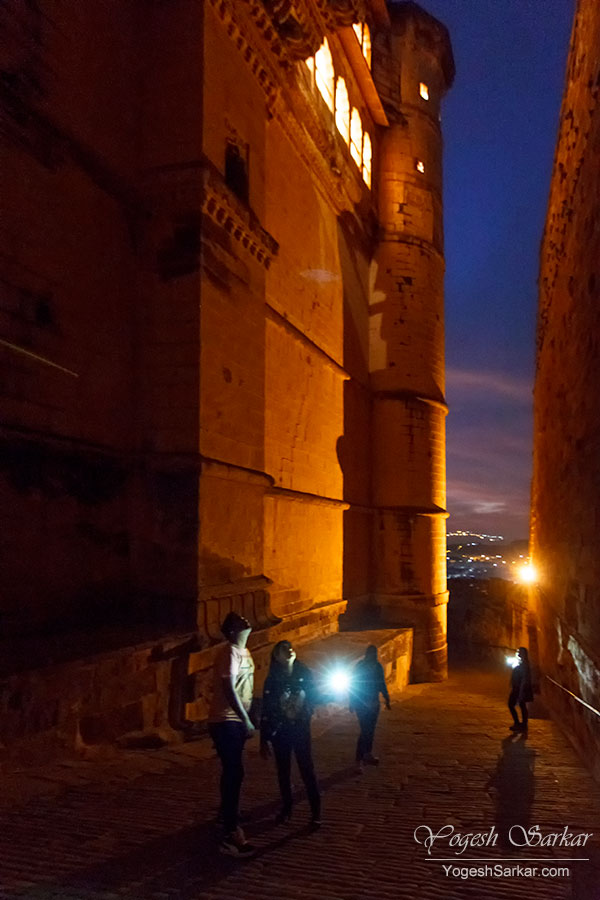 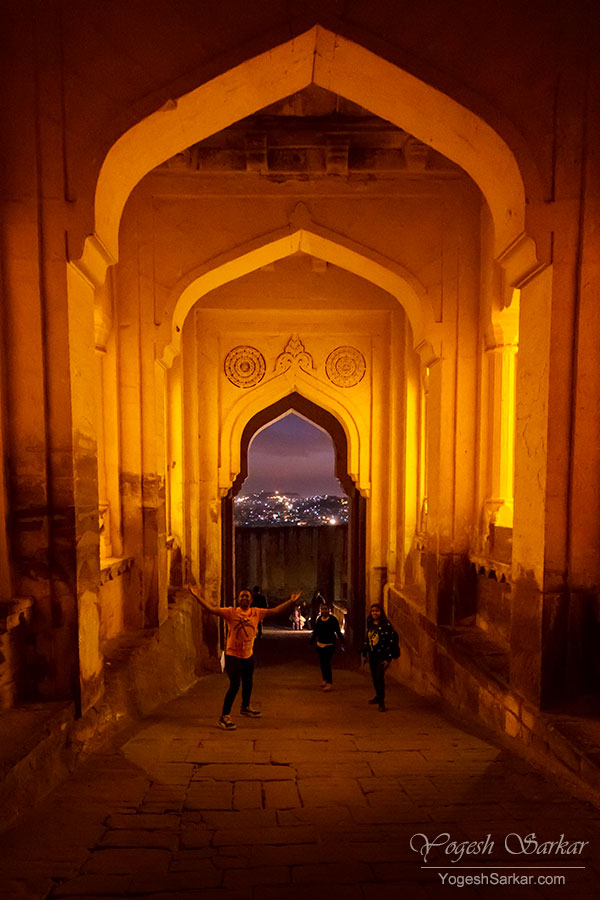 Light from flash attracted the attention of the security guards, who wanted us out from the parking lot. Since as per their claim, it too was the property of the fort and we couldn’t take photographs there!

By that time I had already gotten the shot I wanted, so we left the fort with sweet memories and this wonderful photograph. 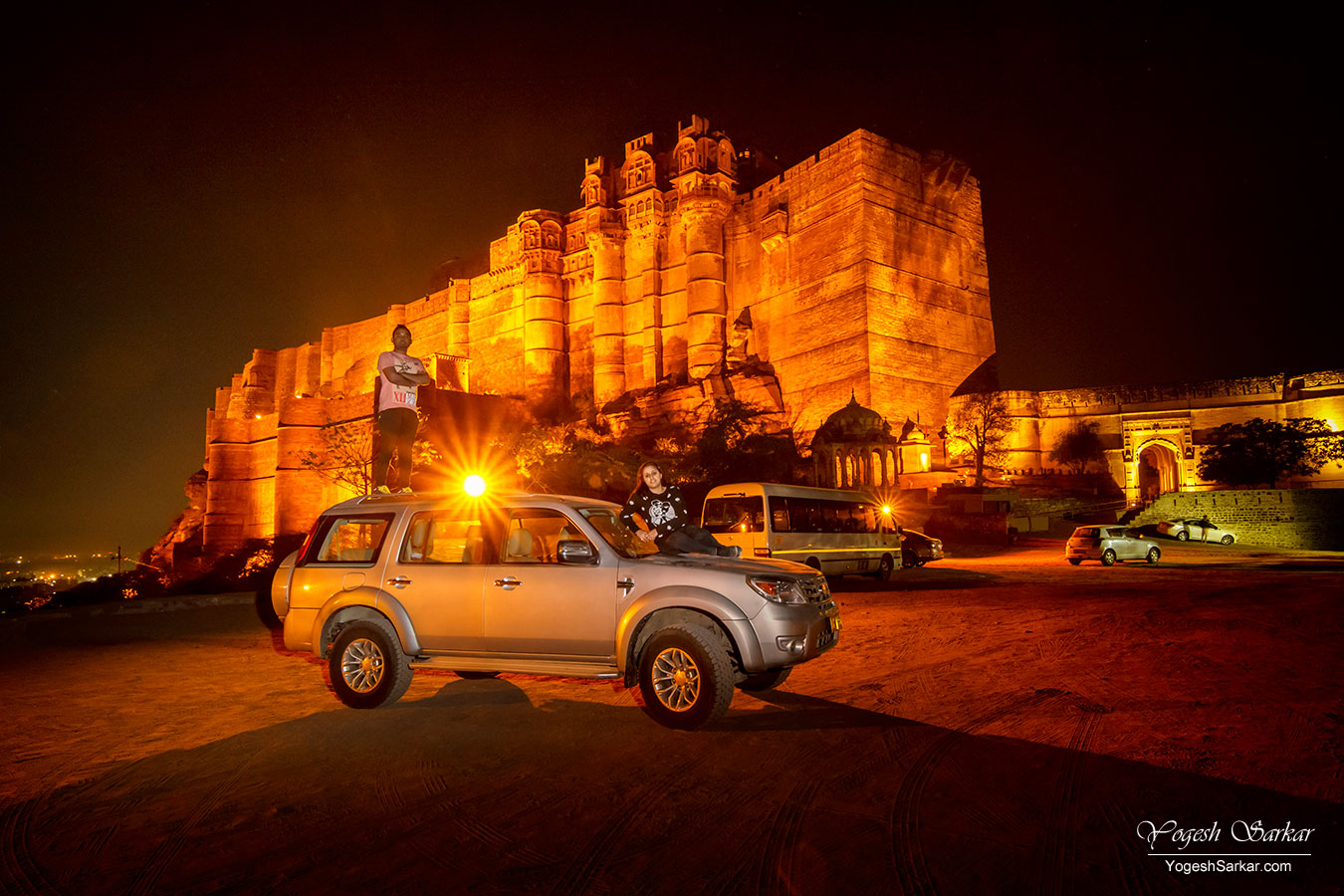 Since we wanted to have dinner at a garden restaurant, we asked for a recommendation from the hotel staff. Out of the recommendations we got from them, RAAS Haveli stood out. It seemed like a perfect place to have our last dinner at Jodhpur.

We took the help of Google Aunty and set on finding Raas Haveli. She, in turn, thought Ford Endeavour was nimble enough to fit through the narrow streets of old Jodhpur, which aren’t too different from Chandani Chowk’s inner streets and got us in a jam when an autorickshaw came from the front and there was no room for it to pass. Soon two-wheelers and autorickshaws queued up in front and behind us. After about 15 minutes of honking, we finally managed to get out of the mini-jam we created thanks to Google Aunty and eventually managed to reach our destination.

Sadly though, one needed a prior reservation to have dinner there and all the tables were already booked. So we decided to head to Kissan Bhojnalaya instead and once again had delicious food.

Once back at the hotel, we played dumb charades and had a karaoke session till late in the night, before falling asleep.

Meena_Rider said:
I too need permission.....

Sent from my Redmi Note 4 using Tapatalk
Click to expand...

You're most welcomed to use any image as wallpaper.