To the Land of Momos, Maggi and Omlette - Photolog :)

No rides happening... Not even breakfast rides...

Badly needed to ride somewhere and none other than Leh Ladakh came to my mind. Had been there in 2012 but was not able to cover most of places because of some unforunate events. During the 2012 ride, my photography skills were not that good. Had bought DSLR just days before the ride and all the clicking was done in P mode and Post Processing in Picasa editor. Itch to cover most of the places was increasing and so also the Shutterbug inside me was screaming

Had discussed Leh Ladakh plan with Romil long back in 2015. Called him up and casually asked him... Nigga, Leh Ladakh ride karna hai kya and his reply was quicker than speed of light... lol

He said his leaves will be sanctioned and he is in. Checked with Sanjeet but he opted out as he had joining in new company. Discussed with Shekhar and he screamed with joy like a 4 years old kid gets his favourite Ice cream / candy

I know he was planning this ride since so many years but wasn't able to make it but this time he was determined. Got approval from Home Minister (read wife ) and his leaves too approved from his boss.

Shared plan with Milind and he was also in but his boss was not in a mood to grant him leaves. Milind had recently availed leaves for his Goa trip so there were less chances of him getting the leaves granted for the ride. Plan was to ship bikes via VRL to Amritsar and start riding from there.

Dates were finalised... draft plan was in place... everyone's leaves approved except for Milind's. We had to book flight tickets so told Milind to have word with his boss again. He agreed but on condition that Milind has to complete all pending work before leaving. So everything sorted and we booked the tickets to Amritsar for 24th June 7.30 am.

Unfortunately Romil had to opt out as he had some upcoming family function :cry:There was no refund available on the flight tickets, so he decided to fly with us, visit Golden temple and return to Mumbai.
All required shopping was done well in advance and everyone got their machines serviced. All stuff was packed and loaded day before reaching to VRL and we were all good to go.

Thanks mom and dad for allowing me to ride

Thanks my would be wife for understanding my passion

Thanks Sushil Ayarotil for the Saddle bag, tail bag, Stanley Kit and other misc useful items.
Thanks Vishal Mayekar, Rohan Gholam, Sushil Ayarotil, Kshitij Hunari and all NHT members for helping in prepping and finalizing the plan.
Thanks Vishal Mayekar for the foot pump.
Thanks Deven Patil for accompanying with us to VRL logistics and helping us to get some discount
Thanks Vikram Shirur for your support, Vinaay Makhija for extra memory cards

and Free Souls for the encouragement.

Coming Next... Day 0 details along with pics

DAY 0_10th Jun 2017 -> Shipping bikes via VRL - Bhiwandi (Thane) to Amritsar ​
We were in touch with VRL contact Mr. Chavan (+91 99202 95214). Finalised the cost and date for shipping. We had to start riding from25th so we decided to ship bikes well in advance to avoid any unexpected delays. Decided to meet by 9 am post IRB toll post. Shekhar was stuck in the Fountain Hotel traffic and Milind was riding slow as rains attacked him enroute. Finally both reached and we started towards VRL warehouse. Kshitij Hunari and Ashish Akulkar had already reached VRL for shipping their bikes. They were riding with their wives so they had lot of stuff to be carried

Kshitij's father also accompanied them in car to the warehouse. They were also starting from Amritsar on 25th but our flights were different.

Here's glimpse of our plan and some moments from Day 0. Pardon the quality as all snaps are clicked by cell phone. Enjoy 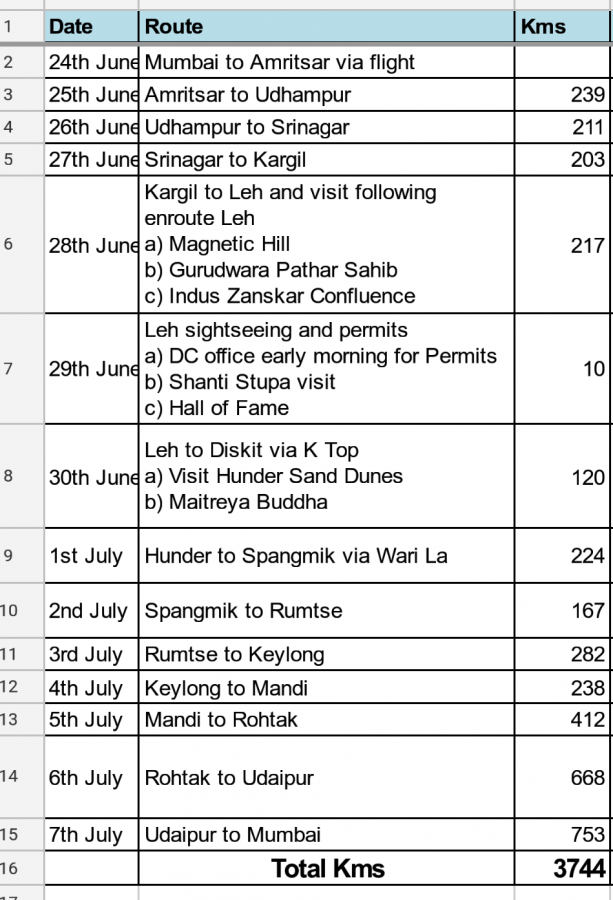 Me waiting for Shekhar and Milind 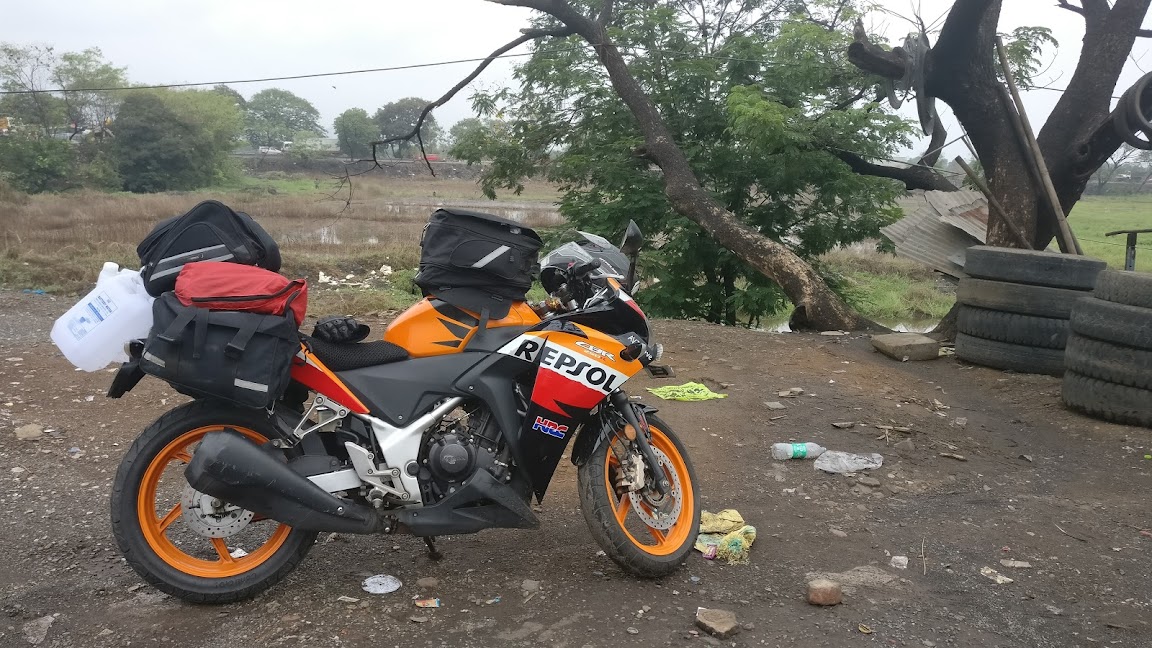 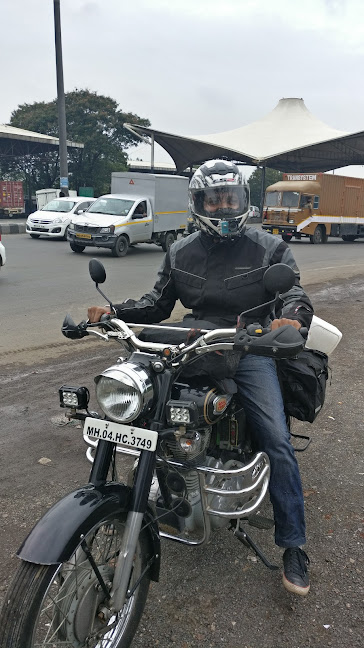 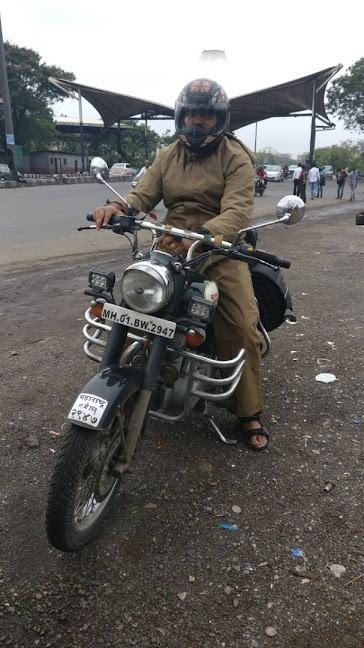 All set and ready for riding to VRL office 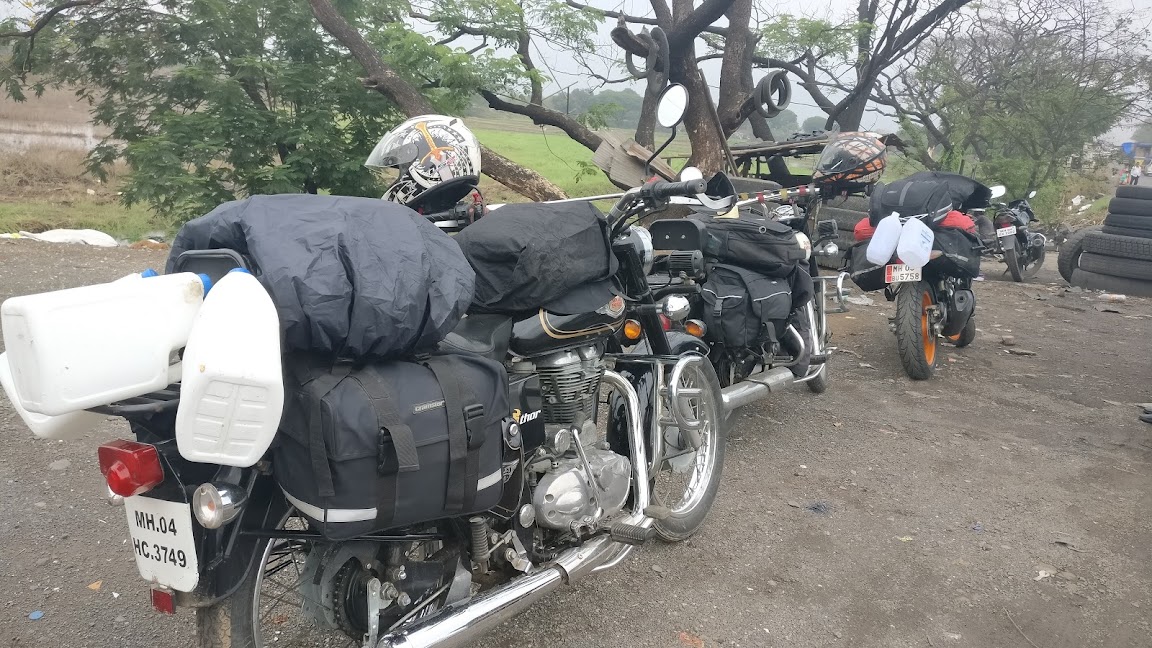 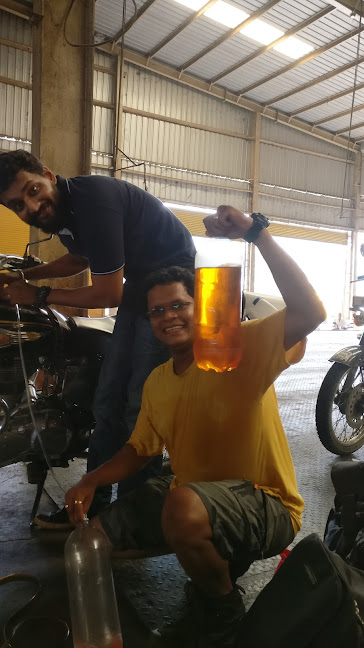 Happiest person who got all the fuel... Kshitij's dad 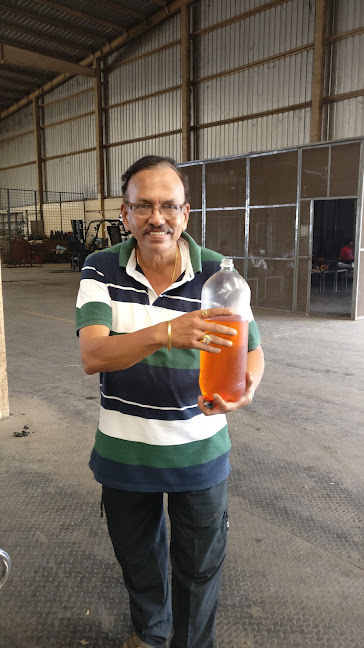 Kshitij's bike was 1st to be loaded 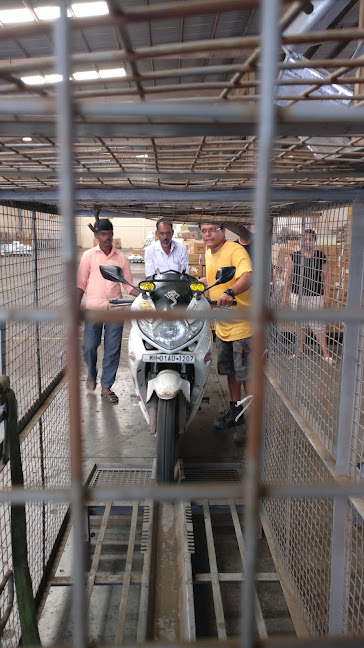 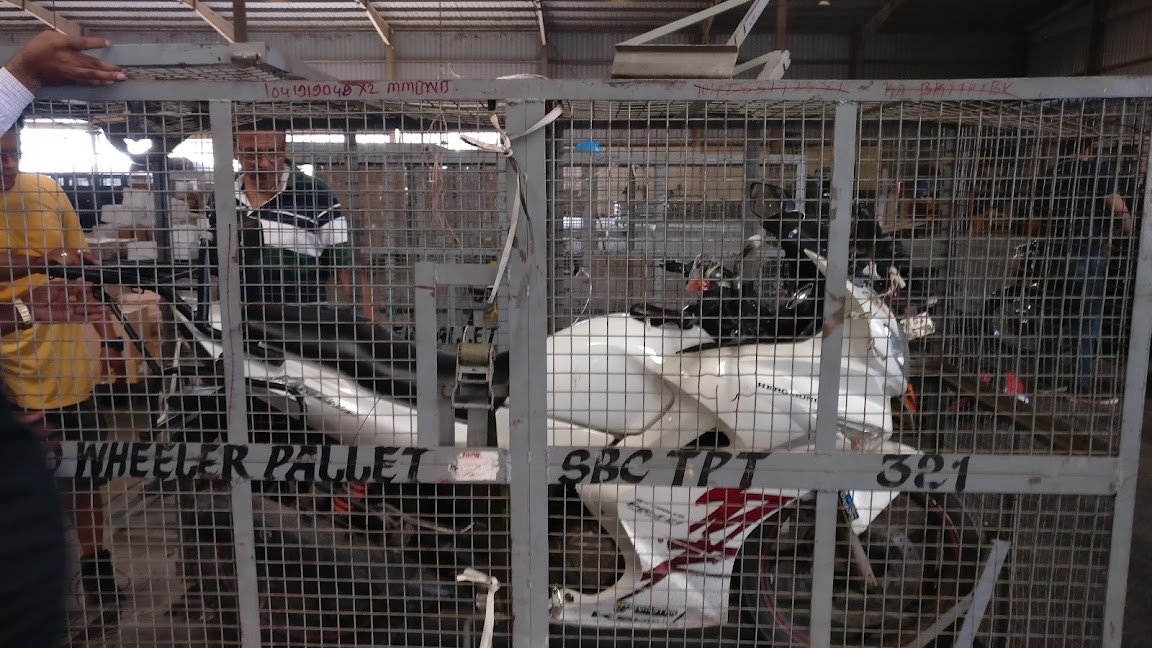 Kshitij and Neha's Hashtag for the ride 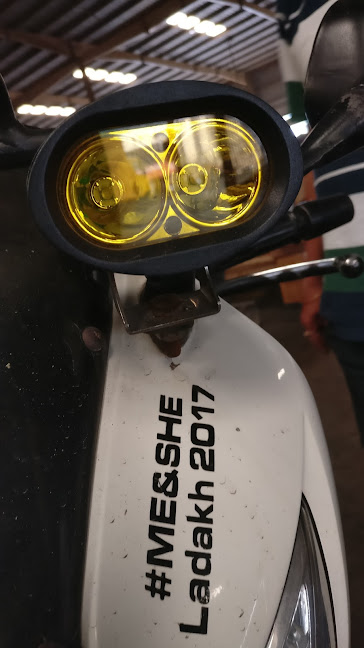 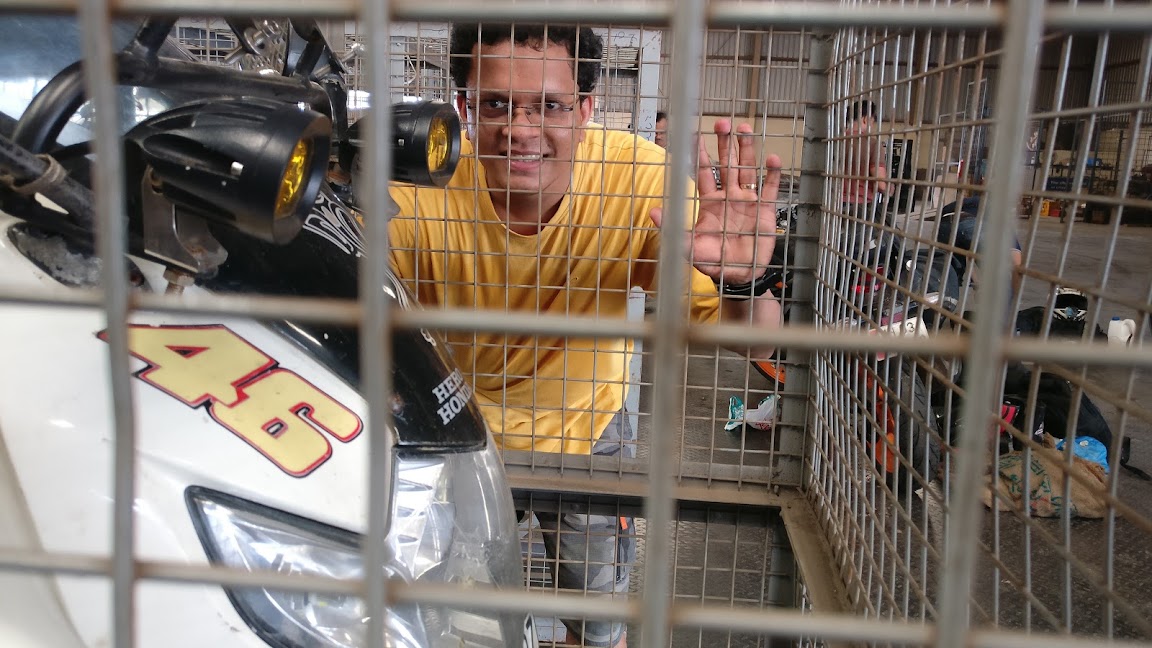 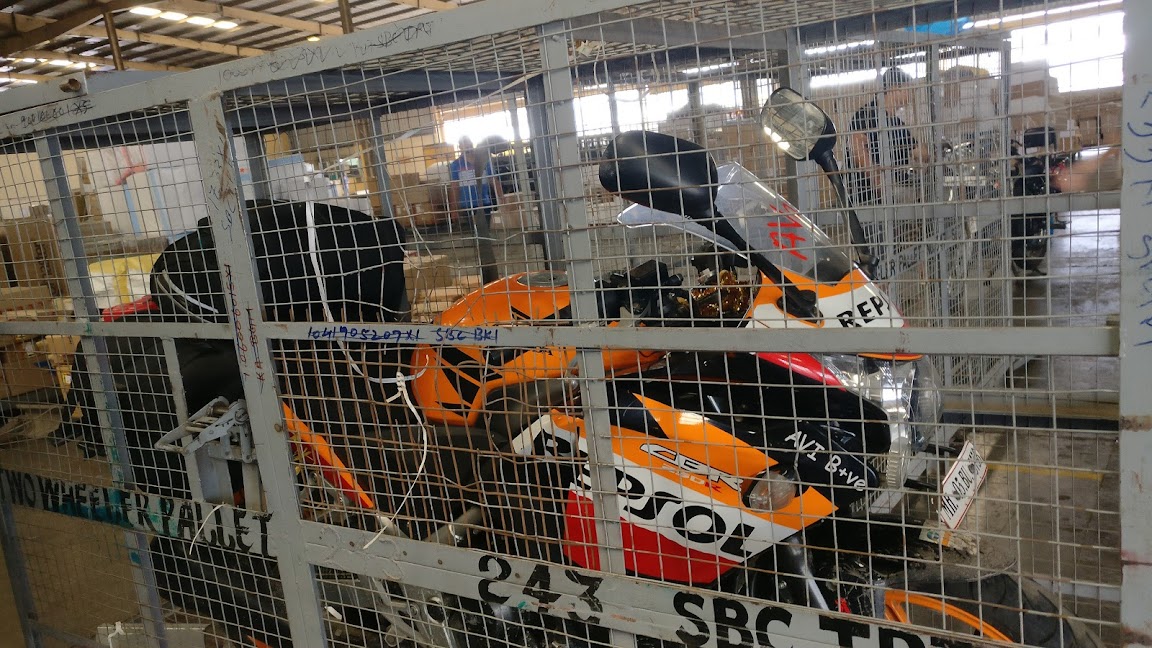 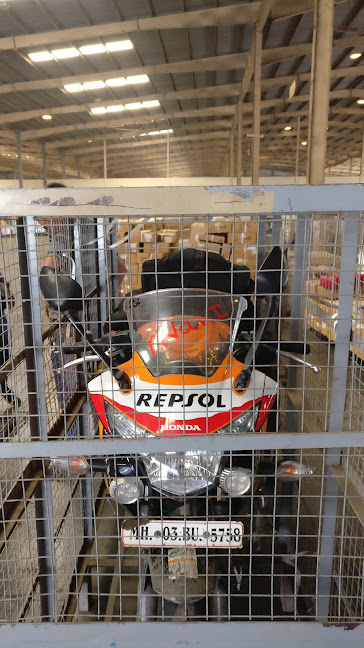 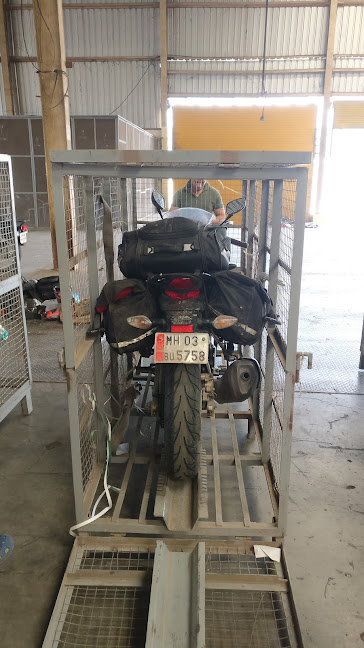 All REs handle bars had to be taken off as they were not able to fit into pallets...

Finally Ashish's bike is in 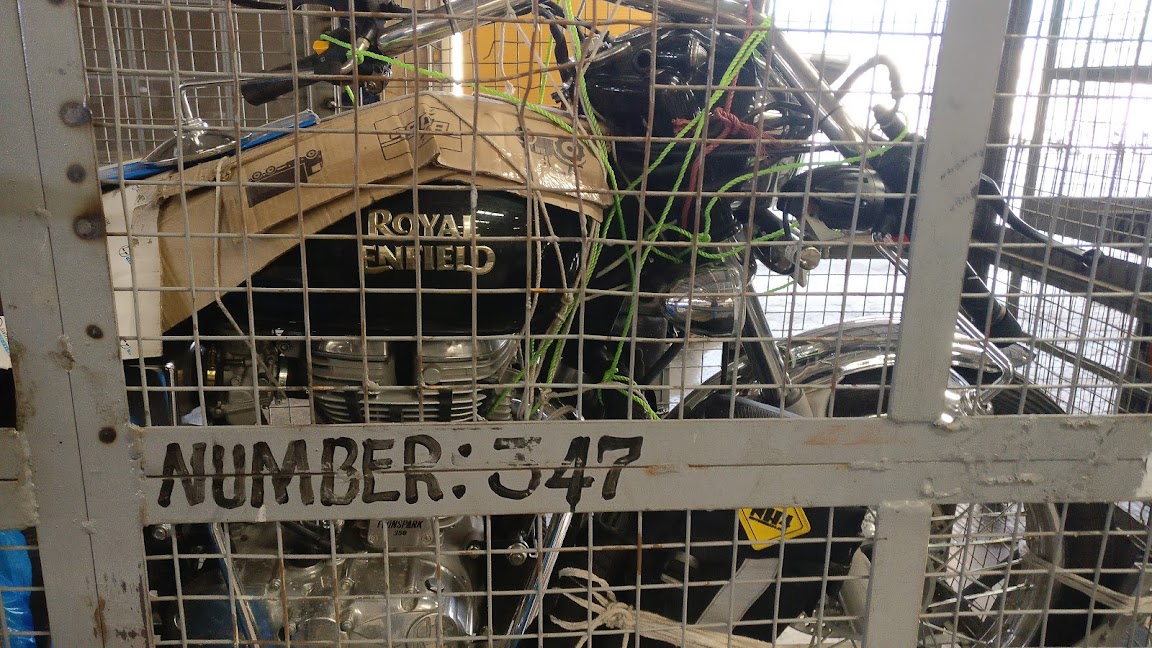 and Shekhar's bike also in... 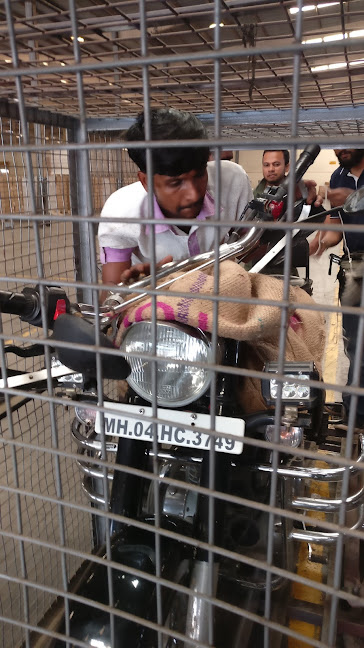 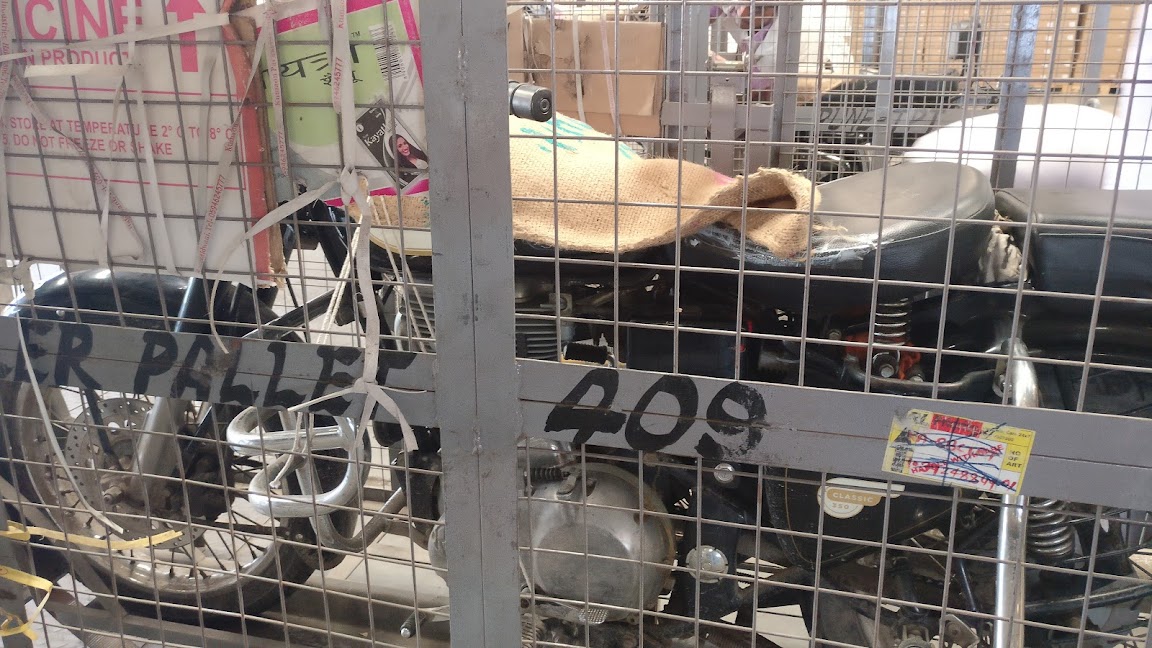 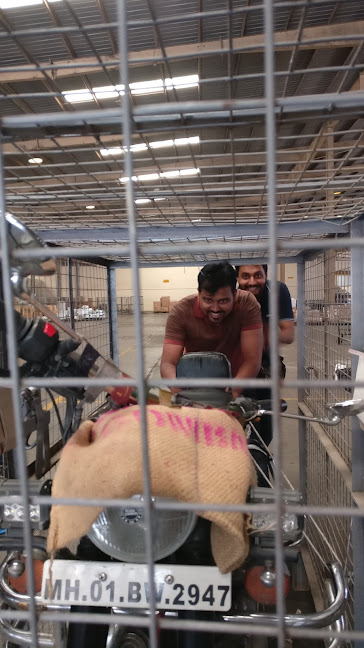 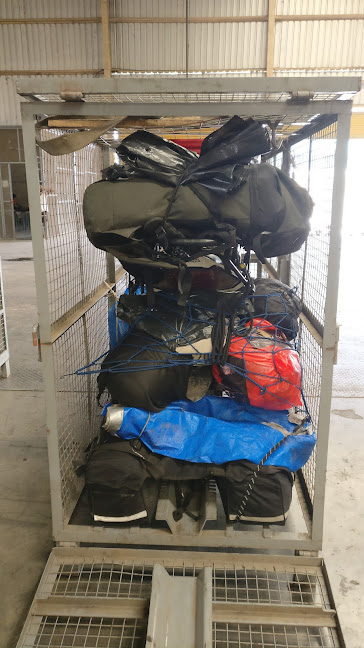 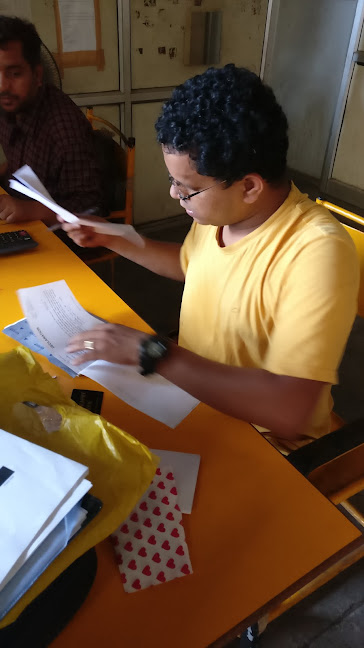 All set and ready to be shipped 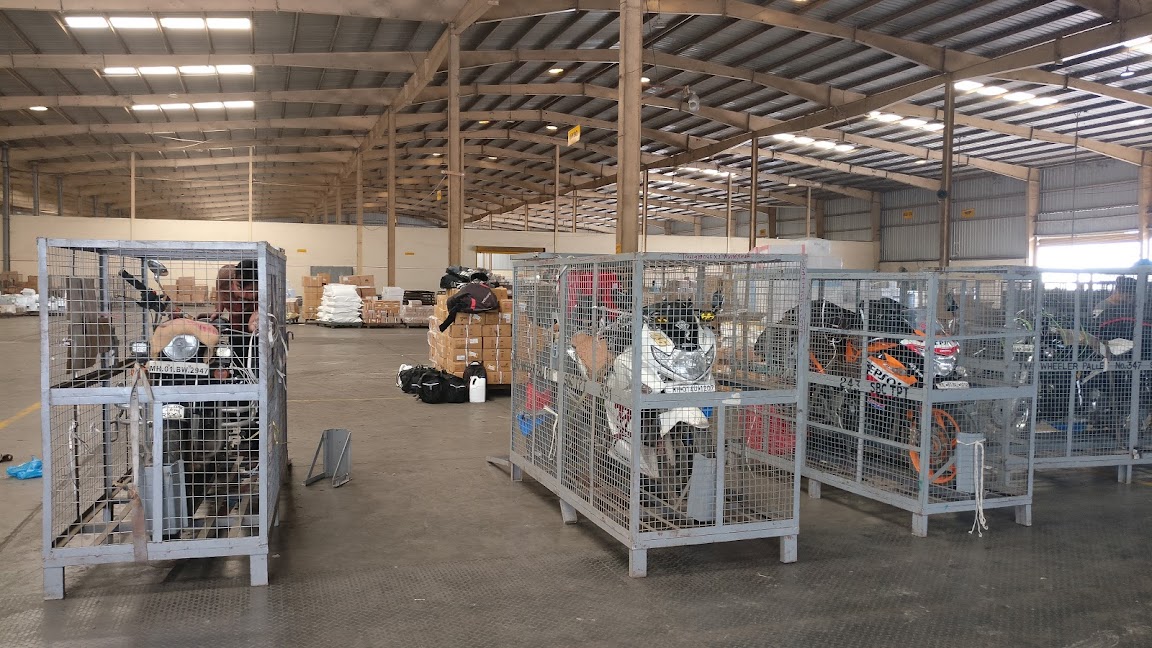 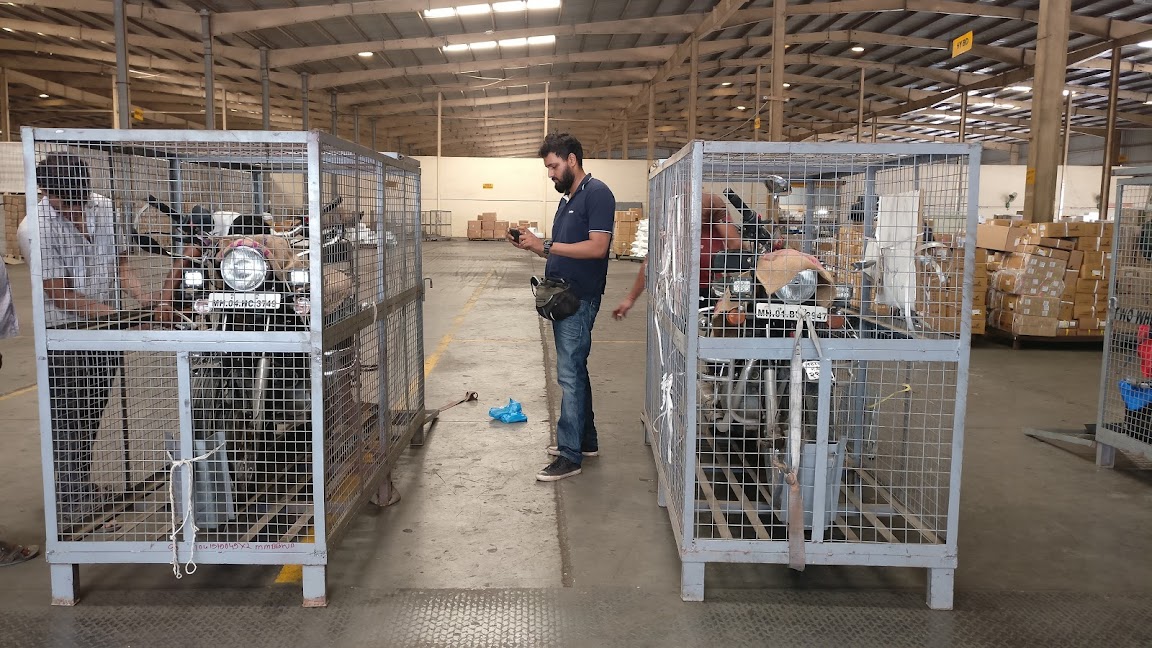 Sent from my ONE A2003 using Tapatalk

Sent from my ONE A2003 using Tapatalk
Click to expand...

Waiting for the ride to begin