Two years back, I was just casually surfing the net and reading random travelogues posted by numerous trekkers, I was just hoping across the logs then came the moment when my eyes glued on one such image which totally blew my mind. I just got curious and shazamed google to get to know more about it.

It was Keeda Jadi or Yarsa-Gumba 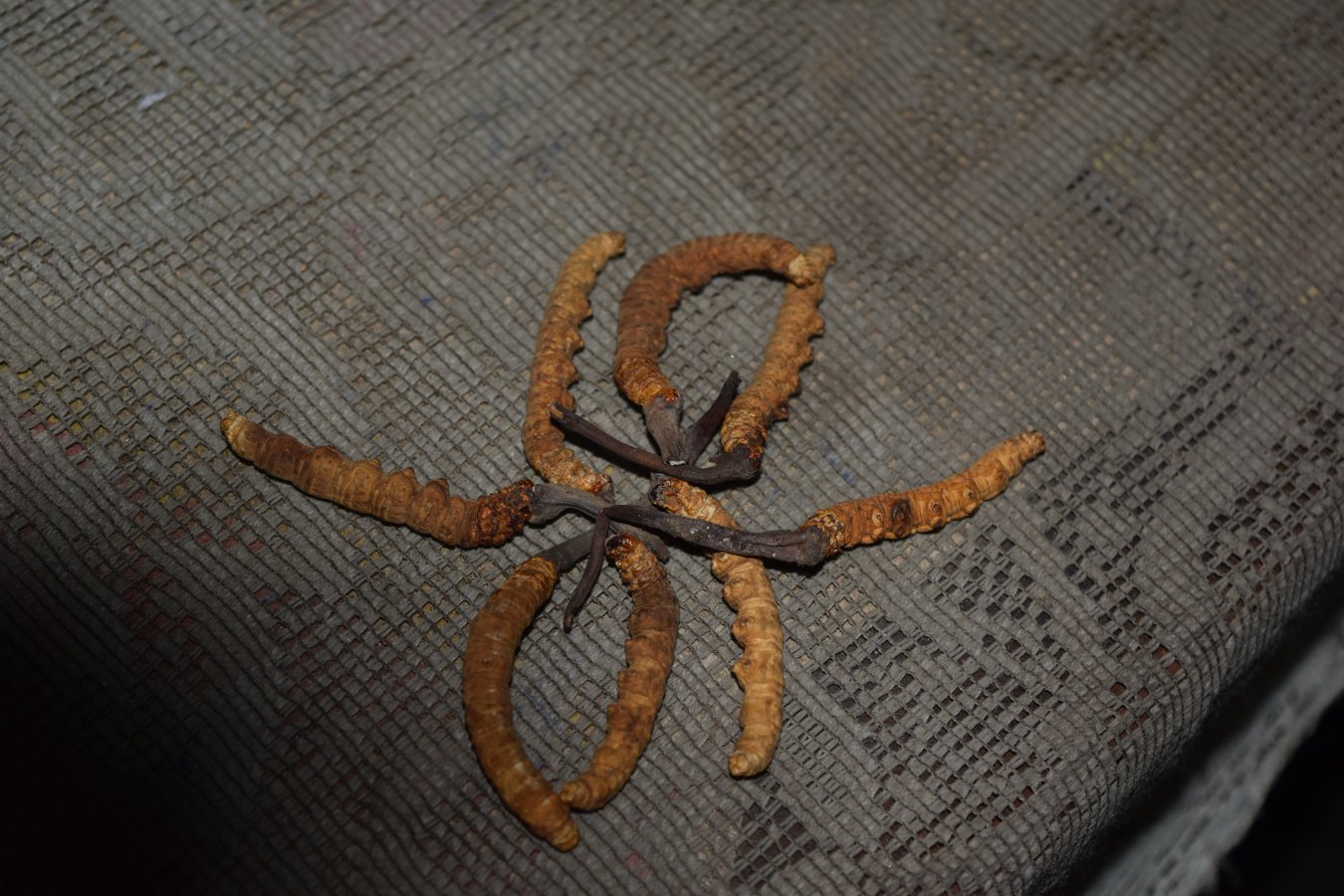 --In India, Darma valley was one such area where Keeda Jadi can be found in abundance, that too around Panchachuli Peaks. When I closely looked at the amount of trek it takes to get to that place, I quickly shrugged off my idea of travelling/trekking to that region. It was a total trek of 61 KM one side.

To me, Panchachuli peaks always looks very fascinating and they Indeed are. I always had this curiosity to be at the base of those peaks and shout out loud as an act of showoff "Boss I am at the base of those peaks which you can see from the windows of every corner of your Houses in Kumaon". Making/Trekking up to that place was like a dream Until last year when I came across with one such Beautiful Hindi Blog on Darma Valley. From the writer of that blog, I immediately inquired about the place and how tough it was to reach to the base camp. He told me that the new road has been constructed from Sobla till Dantu-Dugtu (Last Two Villages of Darma Valley). Now, panchachuli base camp will only be a two hour trek away (3 KMs - Zero Point).

My mind quickly snapped that statement which otherwise works abnormal. So the plan for Panchachuli ignited and I got successful in making one on (19th-20th-21st-22nd October-2018) with three of my college buddies.

Road from Dharchula to Dugtu-Dantu Village , follows the same road that goes to Kailash Mansarovar, but gets diverted from Tawaghat towards left and enters the beautiful and picturesque Darma Valley. 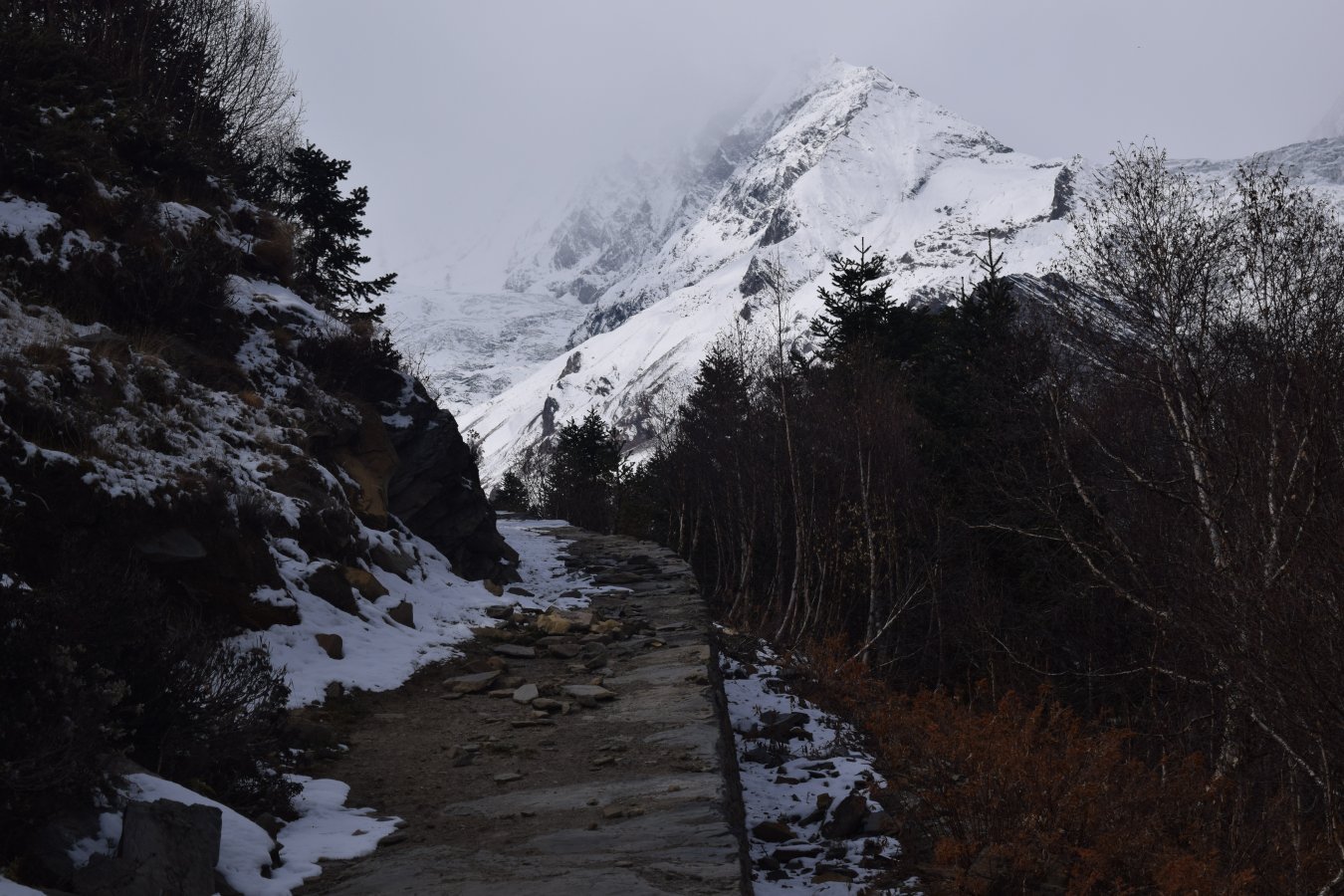 Lovely teaser to start things, waiting for the main course.

Saw and held the keeda for the first time during my Munsiyari trip.

Amazing start. Eagerly waiting for the rest of T-log.
Looks like this is one trek where you can get to see a relatively tall peak without availing packages like TTH/Indiahikes etc.

Google failed to make me reach from Tawaghat to Dantu !
LOL !

Sorry, we could not calculate directions from "Tawaghat, Uttarakhand" to "Dantu, Uttarakhand 262545" 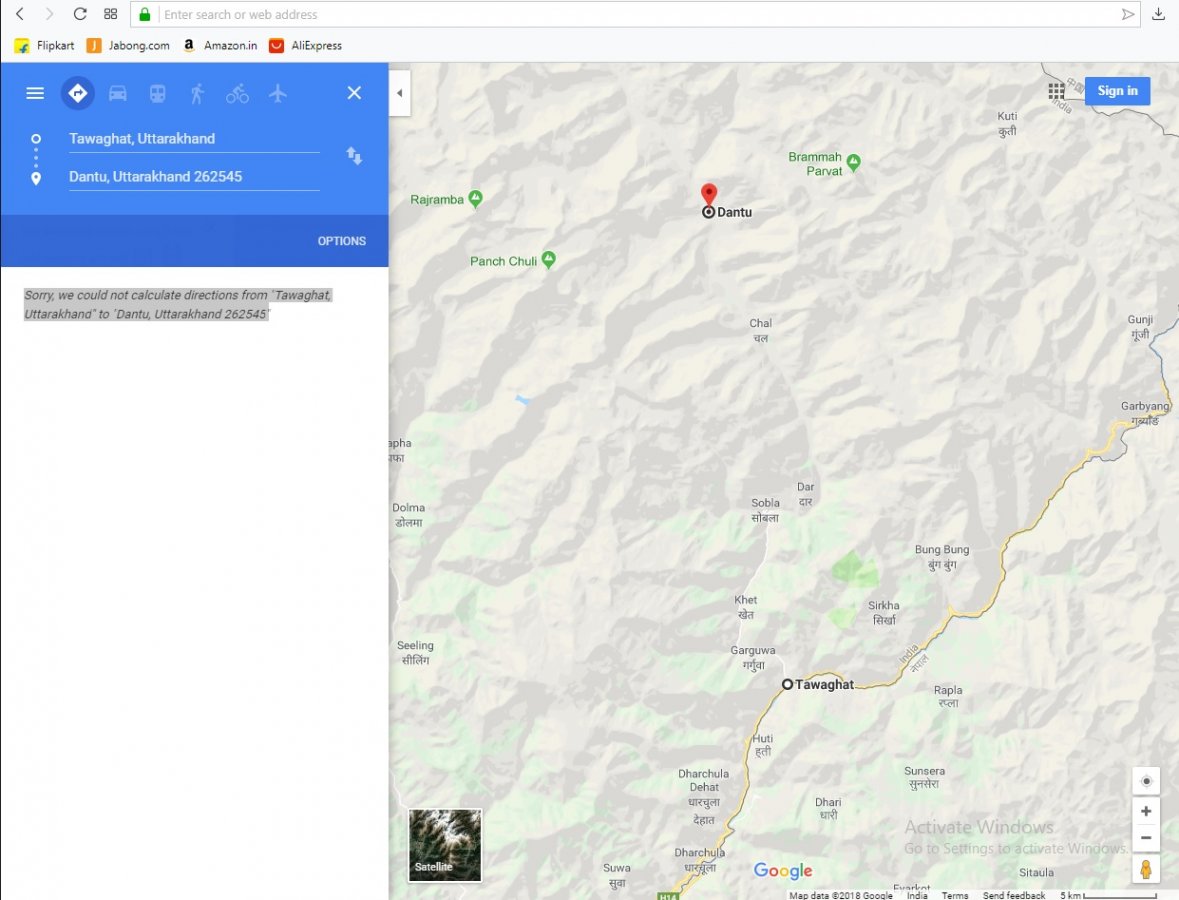 On normal map Google shows road till Sabla only.
Even Chal is not reachable / showing not accessible by road !

Saw and held the keeda for the first time during my Munsiyari trip.
Click to expand...

Thanks YS, will soon be completing it. Sorry for a Major Delay

Thanks Alok bhai.. Will do it ASAP.


subru_traveler said:
Amazing start. Eagerly waiting for the rest of T-log.
Looks like this is one trek where you can get to see a relatively tall peak without availing packages like TTH/Indiahikes etc.
Click to expand...

Thank you. You are absolutely correct. Before 2018 we need packages and proper trekking equipment for this trek. Now there is no need because of the construction of the road till Dantu.