Visiting Rashtrapati Bhavan at the capital was in my wish list for long time. A couple of years back, the change of guard ceremony which happens every Saturday was open to public viewing and that was added to my wish list. Nearly 100 Saturdays have gone by ever since the public were allowed to witness, but I could never manage to be there due to various reasons. Finally, I made plans to be there on the last Saturday of September 2014, so that I could take my cousin’s family along who were here for vacation. My cousin was to visit Delhi in September last week

One need to have a prior permission to enter the President’s palace and thankfully the process is very simple. It will continue to remain simple till our tour operators and touts start exploiting them. To me it appears like most of them are still not aware of this. The permission may be obtained by applying online through Welcome to the website of The President of India and only through online portal. All that is needed are basic information and identity proof. An entry fee of Rs 25 is collected per person, which has to be paid during the online request. The approval happened for me in less than 24 hours with confirmation coming through mail and SMS. The mail had detailed instructions along the route map. As of now print out of the confirmation is mandatory.
One may enter the Presidential palace through Gate 2 from the Rajpath side (the easiest access) or through Gate 37 on the Dalhousie Road. The parking is situated near Gate 4, which is pretty spacious. The instruction clearly mentions that gadgets and cameras are not allowed but for the change of guard ceremony, they actually let us carry them along.

The timing of the ceremony varies with different seasons and for August to November it is between 9AM to 9.40AM. It is very important to reach there on time so that the action is not missed.

Change of guard - Our Experience

I submitted a request about a week earlier and got approval within the same day. On 27th September 2014, we reached Gate no 2 through Rajpath. Our confirmation was verified with the list they had and we were let in. There were guards to guide us to the parking. We were led by the officers to the seating area after routine frisking. They let all the visitors carry cameras/mobiles along. Just that one has to switch on the camera and show them. The number of visitors for the parade is limited we were told.

We reached just on time for the parade. There was a detailed explanation of the event through audio in both English and Hindi. This helped us follow the sequence of events with better understanding. The event was simple, but superb. The event begins with a musical band (by army) while two sets of President’s body guards line up on either side of the Jaipur column. The old set of guards march in from one side followed by the new set of guards from the other side. The commander in chief inspects the new set of guards followed by the identification parade. This is followed by a scintillating display by the President’s body guards on the horses. The end concludes with national anthem. I must admit it was such a wonderful feeling to be there at the highest house of our democracy and singing national anthem while watching the tricolour fly high. What made me enjoy the event more was the effective way the audience were managed and the hospitality of the guards. I have been to the famous Wagah retreat ceremony as well and I would rate this parade much higher than the Wagah retreat simply because the way the event is managed.

No loud noise, no unruly audience, no disrespecting of anyone, no commercial interests, detail briefing of events and above all the visitors being treated like guests have made write this blog. With permission from the commander in chief we managed to have ourselves photographed with the whole bodyguards’ contingent. 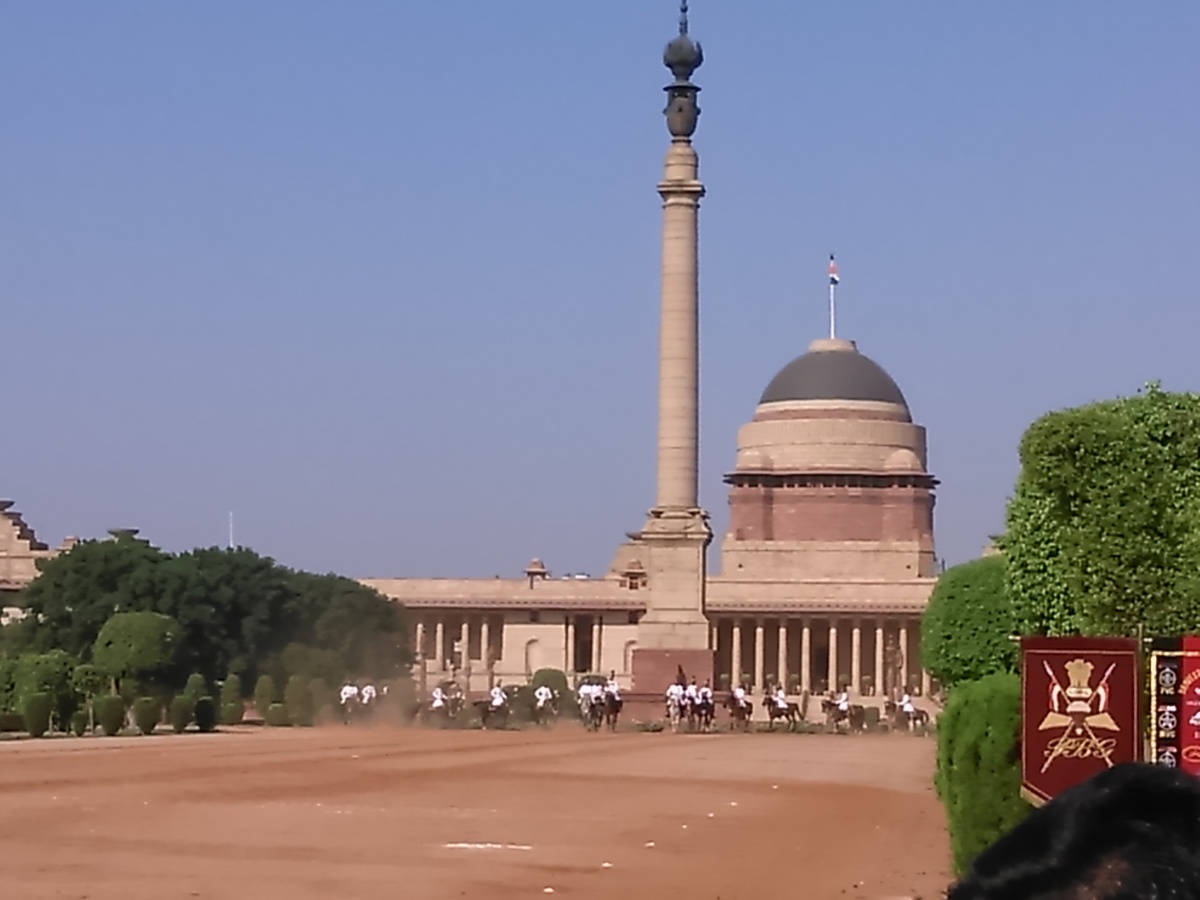 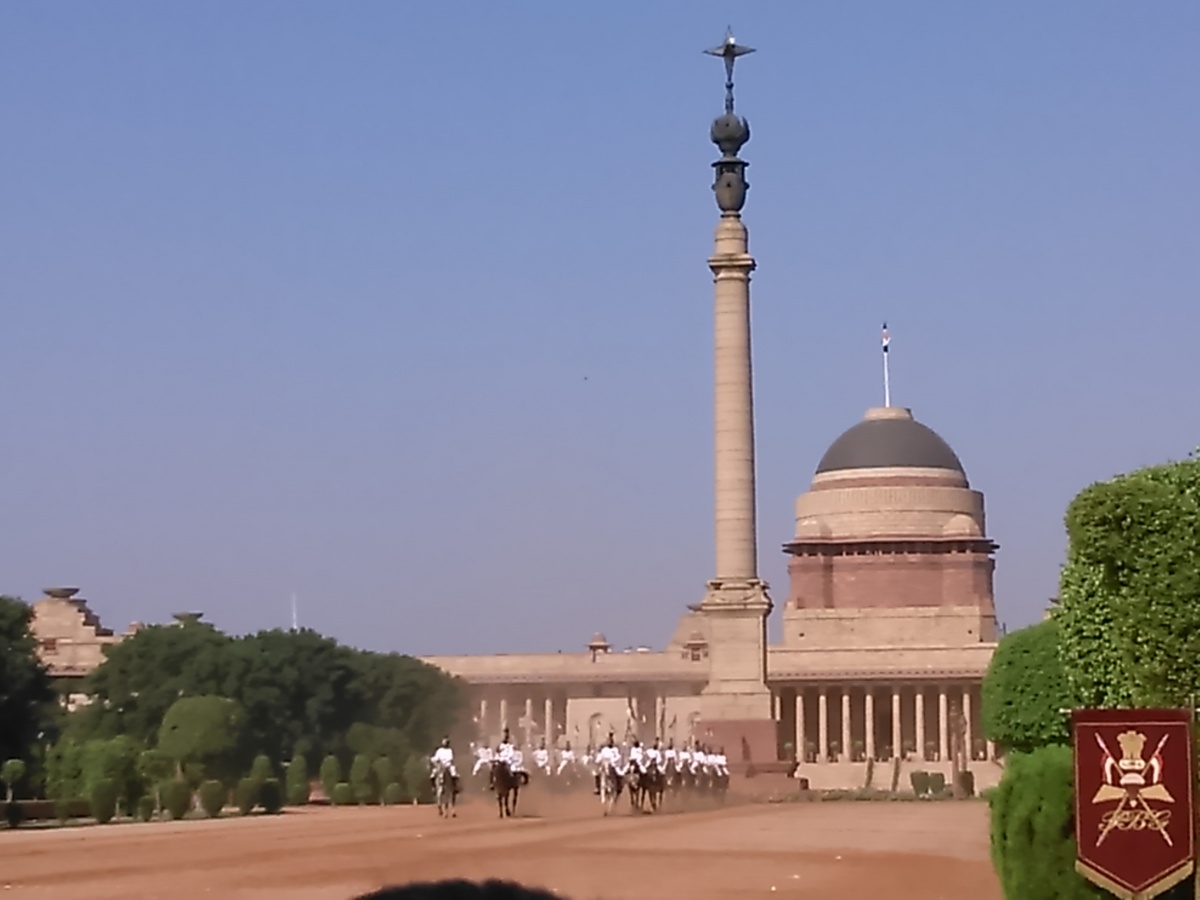 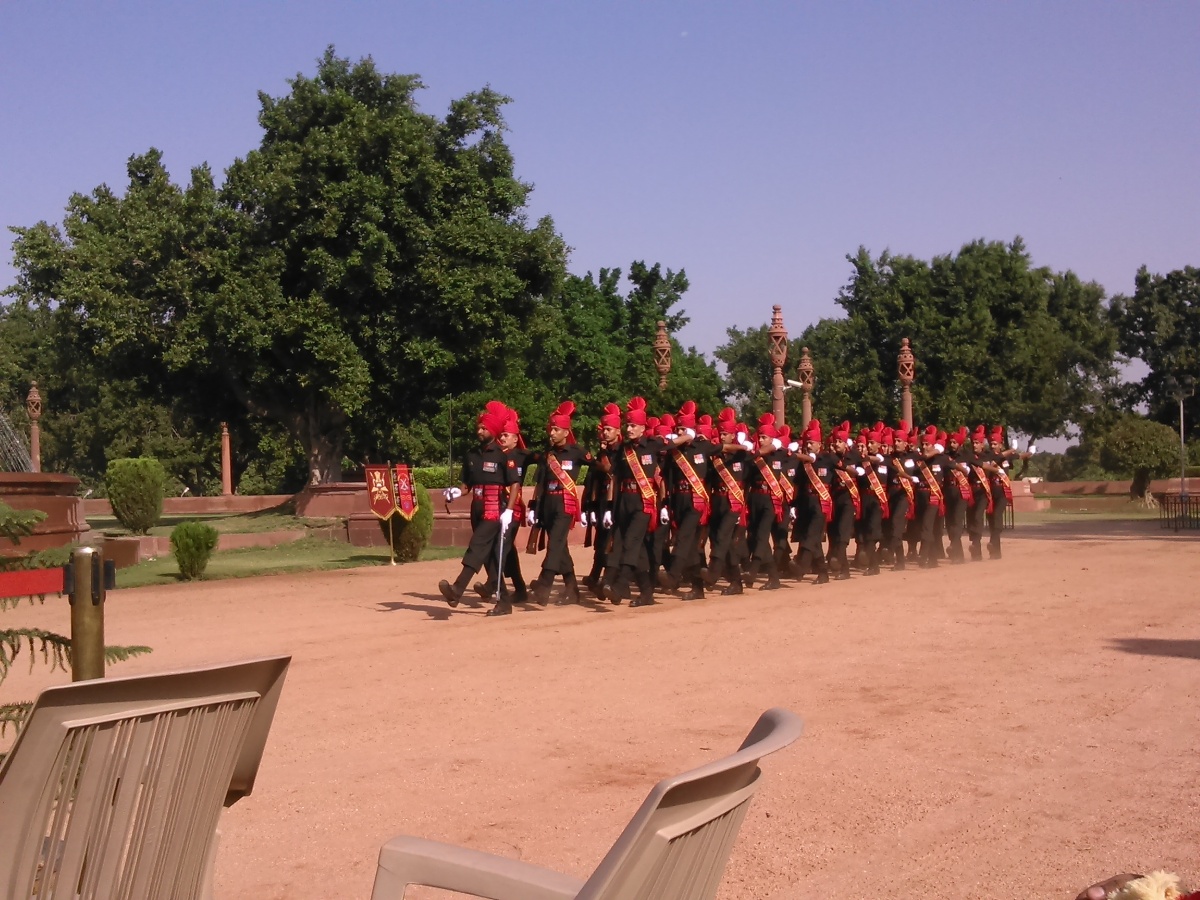 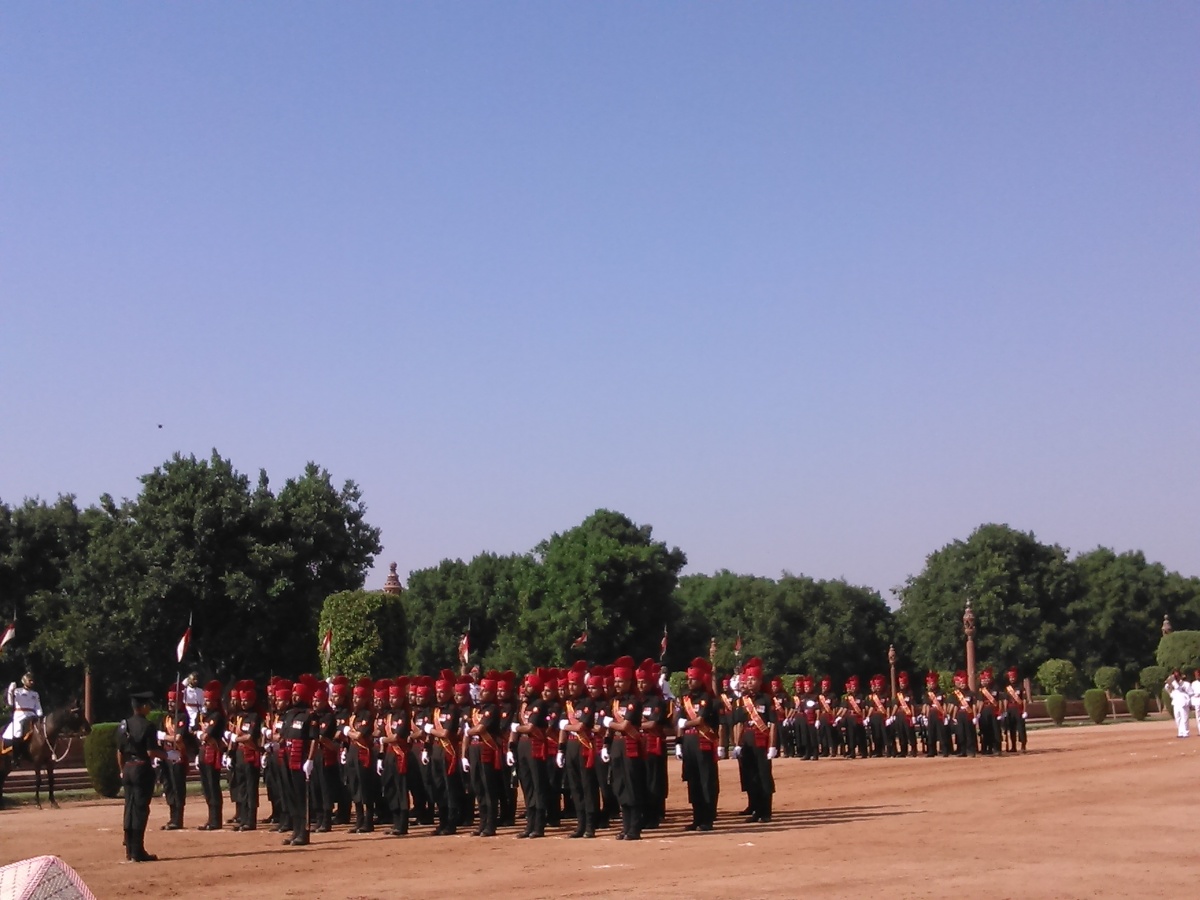 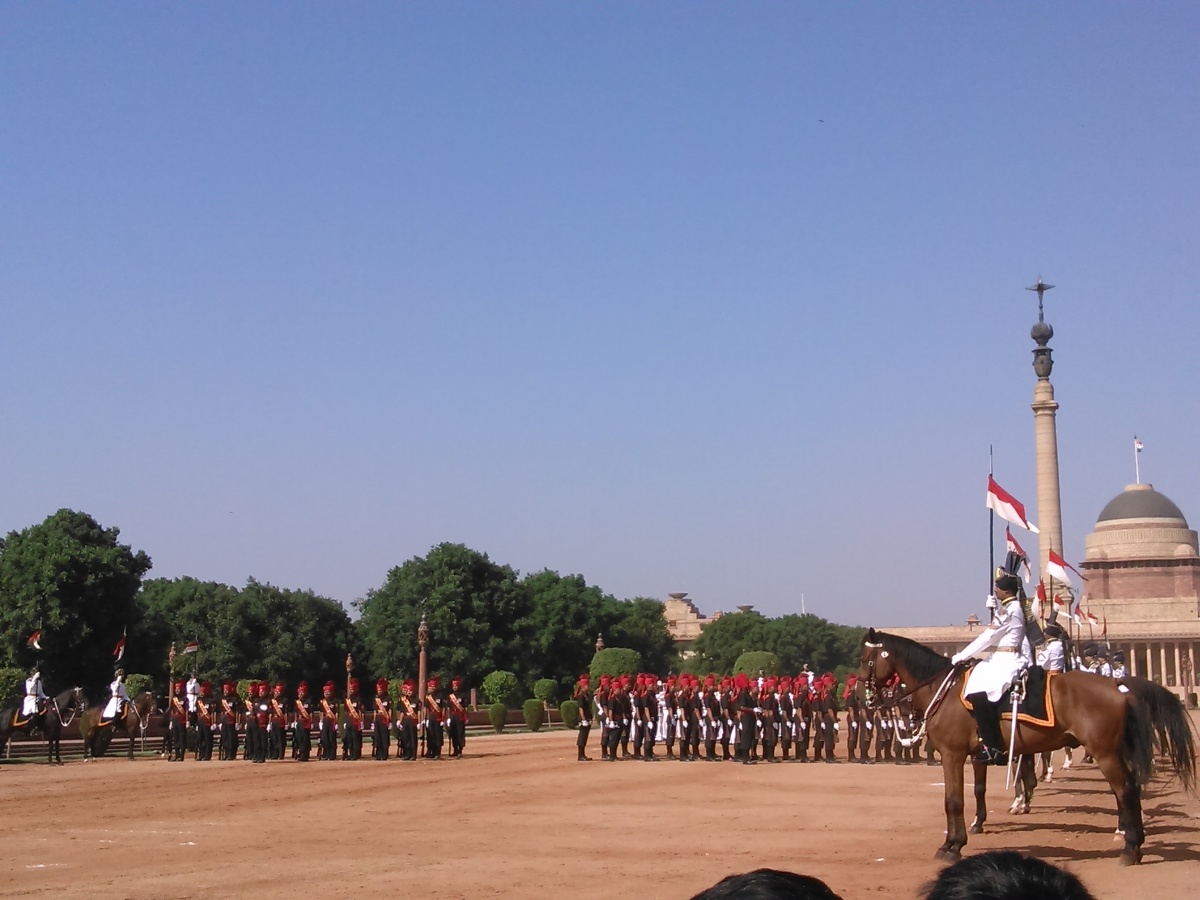 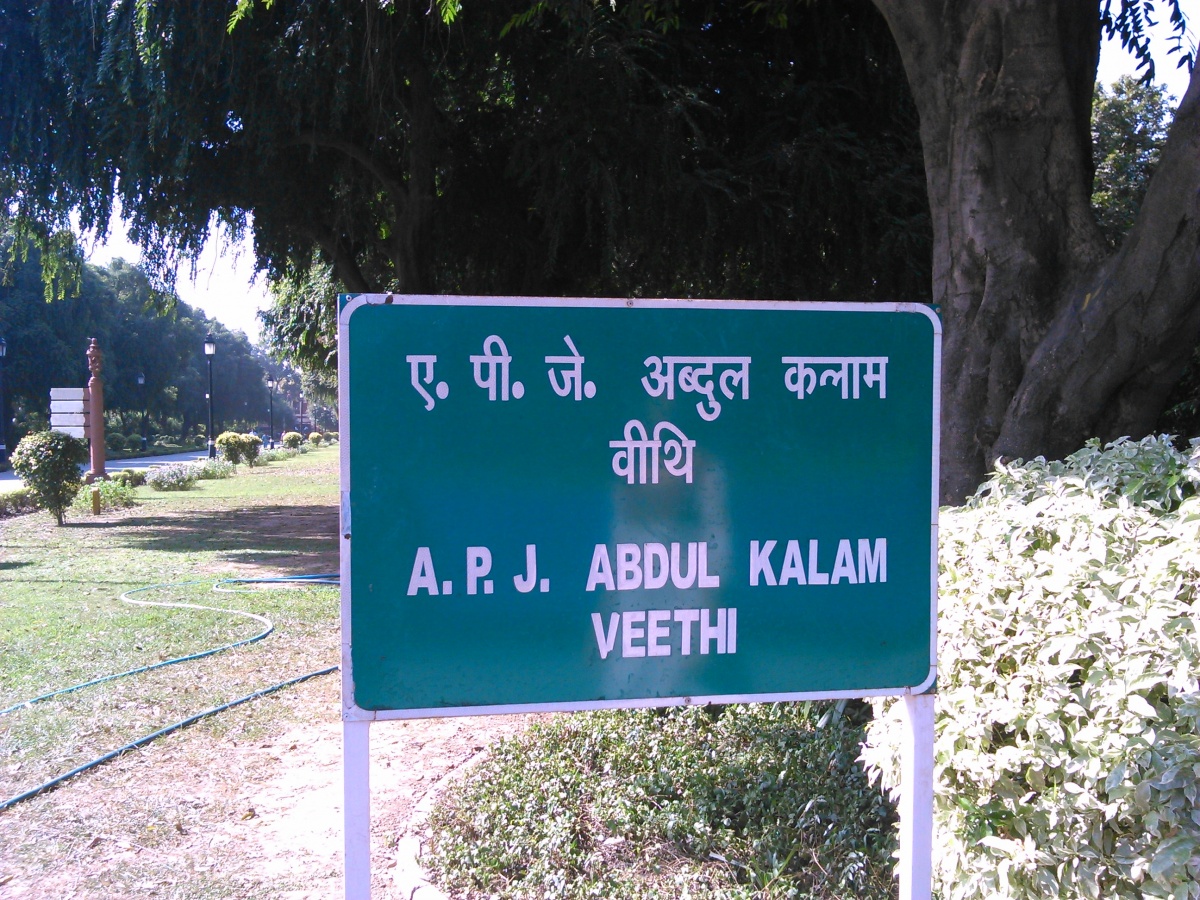 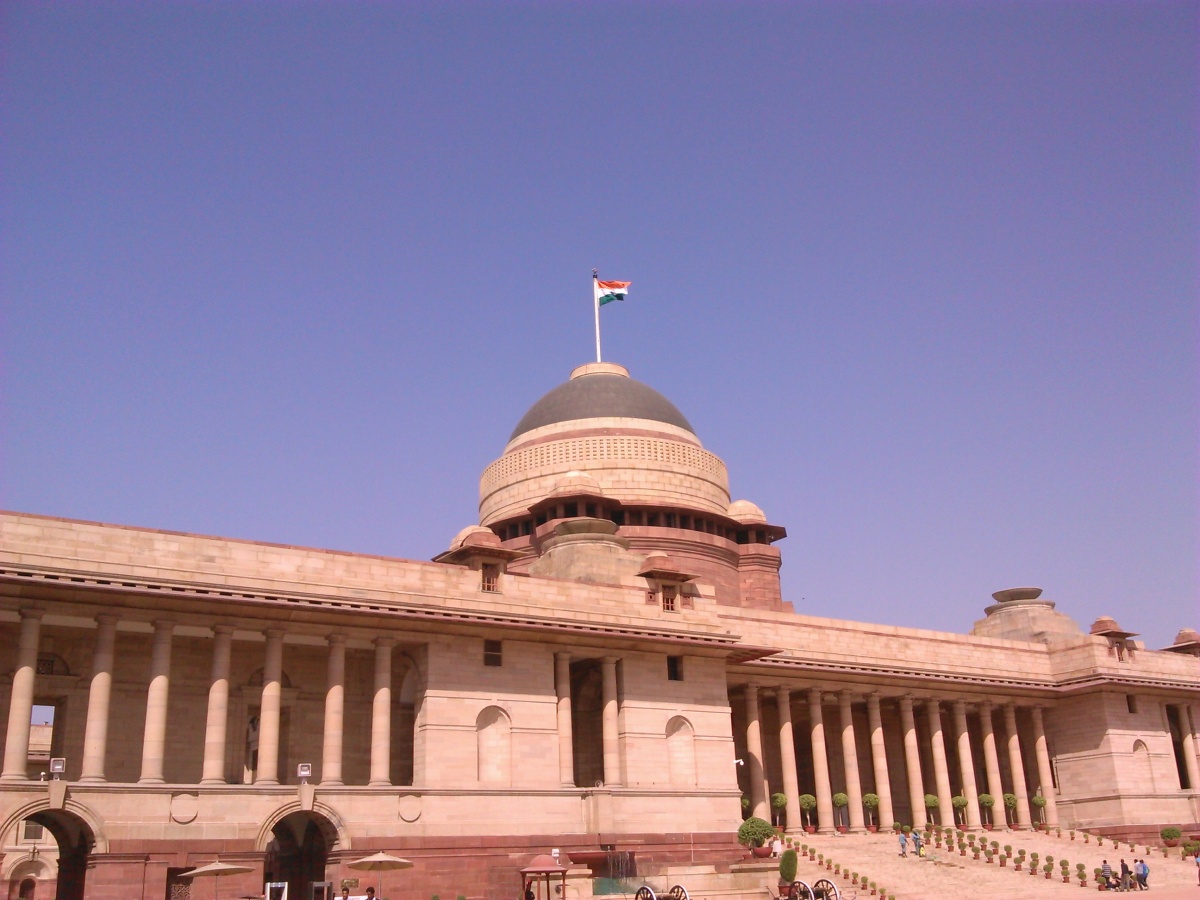 Following the parade, we visited the President’s palace. The passes are issued at the reception counter in the palace. An identity proof is mandatory for the visitors. Cameras and mobiles are not allowed beyond this point. Visitors have to deposit their belongings there. Each tourist group of around 20 is assigned a guide who takes the visitors around the palace. The visitors are taken around the Marble hall which is dotted with paintings of various viceroys and governors, the large and unique banquet hall with one of its kind lighting arrangement for serving, the durbar hall under the Dome of the palace which houses one of the largest chandelier lamps that I have seen, the Ashoka hall, the north drawing room, the study room (museum) and the Buddha statue with 1000 mudras made of Plaster of Paris.

The changing of guard ceremony is surely worth watching for it is one those few military traditions that we get to witness. From now on it is one of the must visit places as far as I am concerned and would recommend it for anyone touring Delhi.
You must log in or register to reply here.
Share:
Facebook Twitter Reddit Pinterest WhatsApp Email
Top