Is there any afternoon bus service for Kanhangard to Bangalore route??? Is the Karnataka KSRTC evening Airavat are new buses or old ones??? Whats the seat number near emergency exit (Will it have extra legroom similar to Scania) ???

Volvo Buses during Snowfall at Manali

krupakarmn said:
NO, emergency exit is towards the end.Even Bng mumbai B11R has same layout and Mangalore B11R has similar layout.
Click to expand...

Karnataka CM flagged volvo bus service to shikaripur.. his hometown... I guess it is B8R. But that bus is not yet listed in the website for reservation. Any idea when this service will start??

bus.traveller said:
Karnataka CM flagged volvo bus service to shikaripIt is already listed ur.. his hometown... I guess it is B8R. But that bus is not yet listed in the website for reservation. Any idea when this service will start??
Click to expand...

It is already listed and in operation,it goes to Soraba after shikaripura.The bus is B11R 14.5M one. 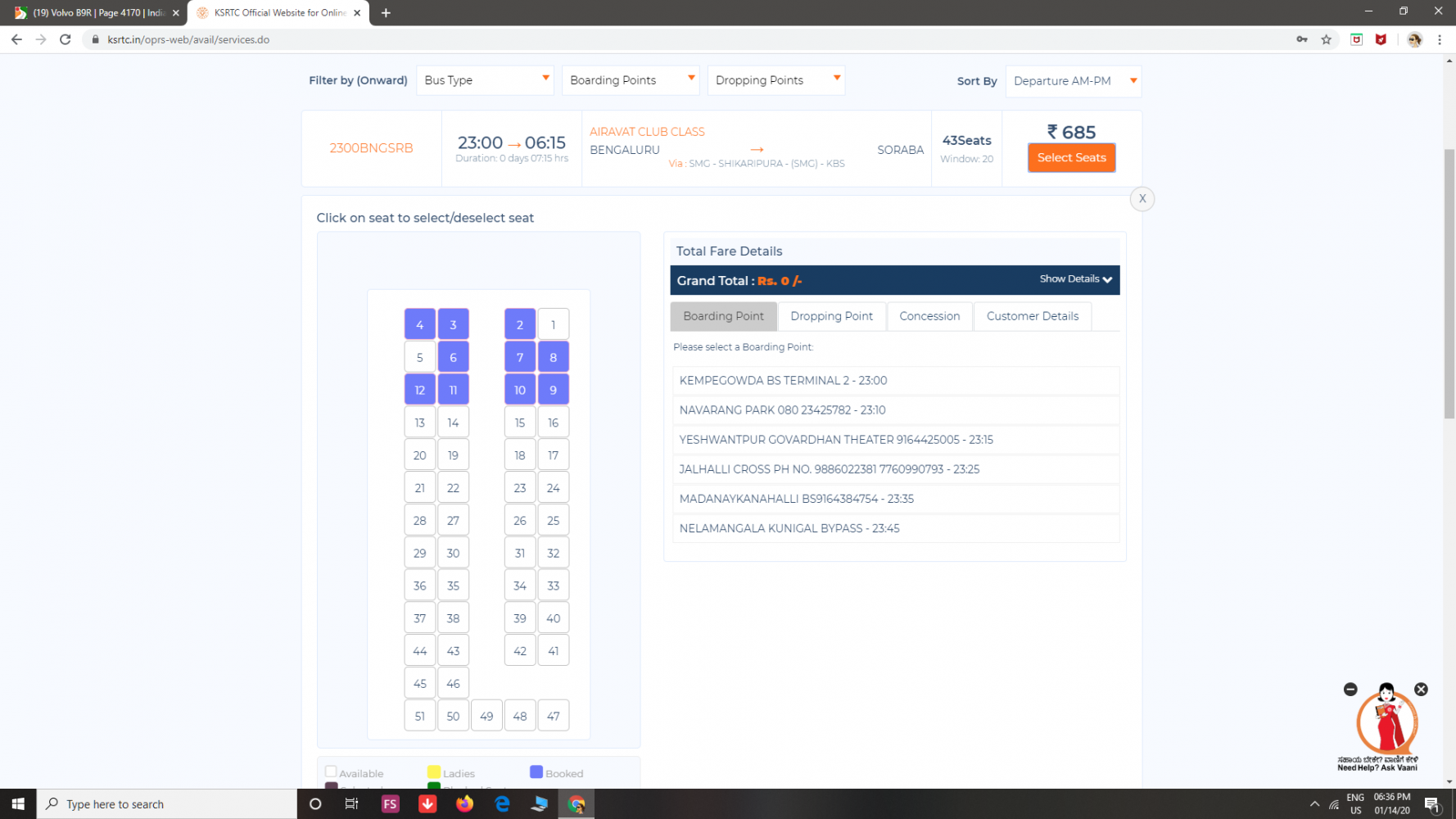 Srihari said:
It is already listed and in operation,it goes to Soraba after shikaripura.The bus is B11R 14.5M one.
Click to expand...

thanks Srihari... for the information.
D 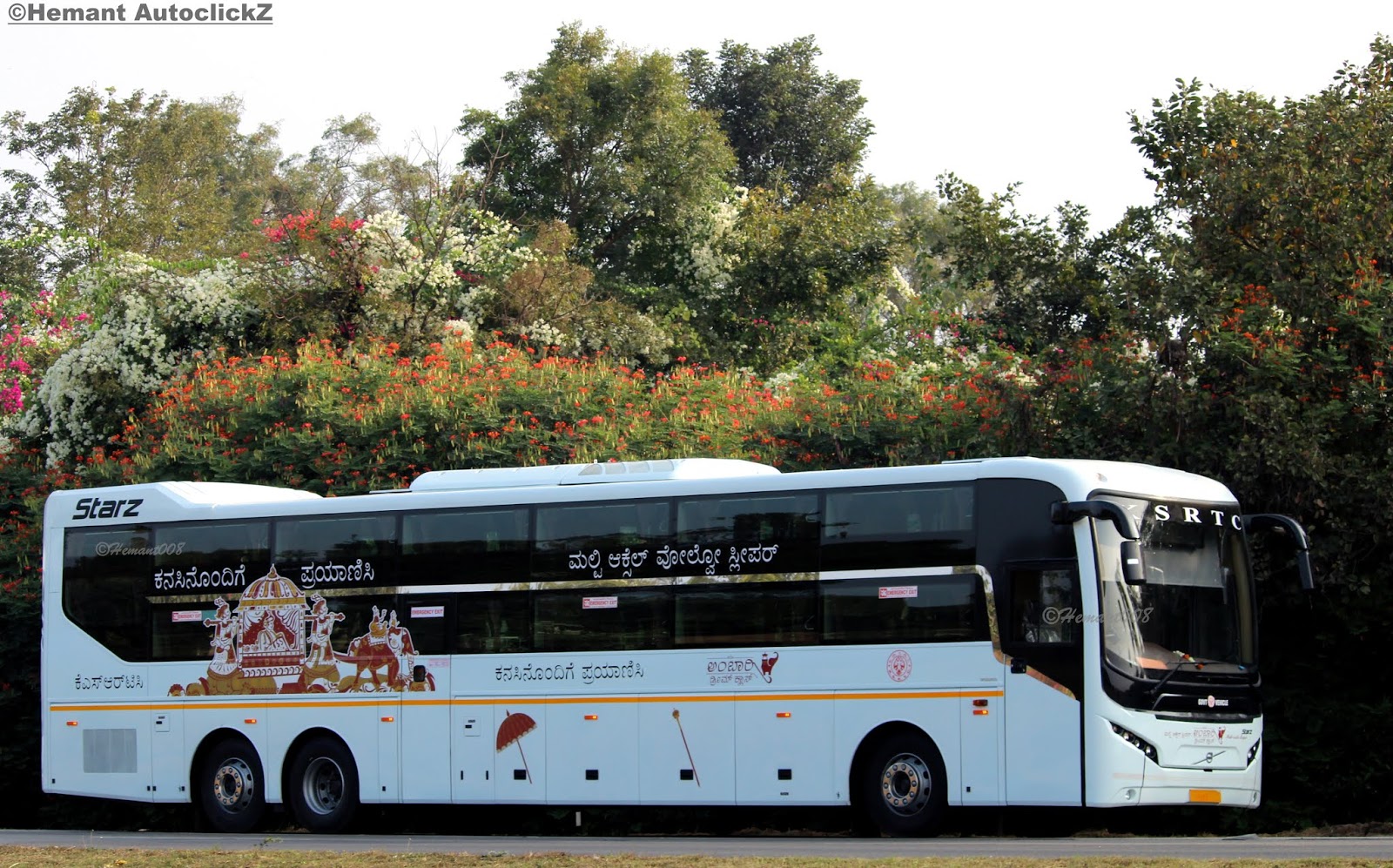 [The permit is the same. But the permit is given for specific bus numbers. So, the permit is issued for the Scania is valid only for the Scania. They can send a spare bus when the bus for which the permit was issued is having issues. And the spare bus needs to have a 'spare' permit.
[/QUOTE]
+++++++++++++++++++
So when Registration number is indicated in the permit, so are the seats locked?
It is only that between states they are not stringent. RTC can change and send Spare buses during breakdown.
Only when new buses are deployed, a declaration will be provided citing these are replacing old buses per the route agreement.

MSRTC is putting enforcement to comply to rules as they're frustrated with KSRTC offering competitive rates at par with Private bus and MSRTC buses are having higher fares are undergoing losses.

Due to MSRTC, KSRTC is not able to launch Bangalore - Ahmedabad service as they are not giving the requested concession.
D

venkyhere said:
The B11R chassis comes out in 3 forms that I know of (any more ?)
- semi sleeper
- sleeper 'celeste'
- sleeper MG starz

Which of these three has the best NVH insulation ?
Is there any difference in ride-quality across these three ?
Click to expand...

Due to weight Celeste have upper hand, I do not know. Crew of Mangalore to Hyderabad, route with maximum number of speed breakers indicated that Celeste is comfortable to drive than B11R Semisleeper [could be due to Steerable Tag Axle].
You must log in or register to reply here.
Share:
Facebook Twitter Reddit Pinterest WhatsApp Email
Top