With the corona cases slowly decreasing across the country, and the states opening up their borders, it was time to plan for a trip (with all safety measures). Firstly, I wanted to test my vehicle after I purchased it few months ago. Secondly, it was my wife's birthday and thirdly, I am on WFH.

After considering the suggestions received from fellow members, I've decided to visit Jaipur in this weekend. Since, its monsoon time and its not too far from Delhi, it will be a perfect choice to kill 3 birds with a same stone in 2 days!

Before continuing with the details, posting a teaser picture for the tradition... 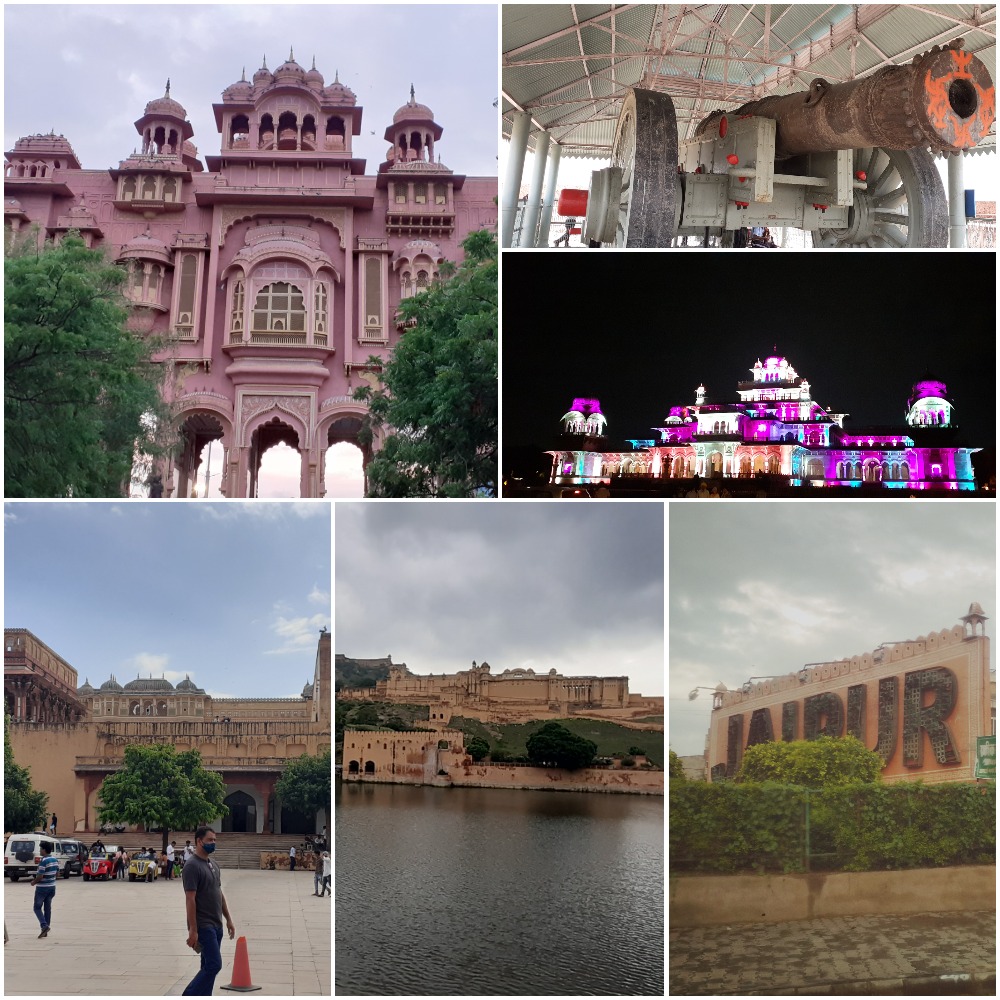 Man proposes, god (or wife) disposes!
I was expecting to start at 4:00 AM but couldn't start until 6:00 AM due to her.
We slept very late in the previous night. I was almost sleepless and managed to doze only for ~ 2 hrs. Firstly, it was my first trip with my new vehicle and secondly, I've planned to take it till Amer Fort top.

Starting early has its own benefits ...
I was at this filling station (H5HF+3W) in 25 minutes which usually takes ~1 hour!

After filling the tank, we continued our journey. I've managed to keep the speed at 60 kmpl (and >50 kmpl also, due to speed restrictions in city limits). Was careful not to exceed beyond 60 while crossing HR! Nothing much to write about while passing through Gurgaon, Manesar, Bawal etc.

Our first stop was at this place - Hotel Highway King (Plus Code - F3P2+RW Neelka, Rajasthan). Mainly due to its location and clean washrooms. Didn't spent too much time here except having a light breakfast and a much needed break for the legs!

Below are some images to give some idea about the place ...

(pardon me for the inverted foto!)

After this, its a non-stop ride to Jaipur.

While entering Rajasthan (HR border), farmer protest site was visible on the border itself but without any farmers. All the tents were empty. Due to this, incoming vehicles were using the service lane instead of Highway. This made the vehicles to crawl ... but we are moving (at-least!).