When I Went Walking To Tibet - Kailash Mansarovar Yatra-2011

Thank you so much for the detailed information.

You can be a good story writer
D

We were quite lucky with the weather all along. It either rained or snow before or after we reached.

yes we did manage to catch 3/4th of OM Parbat!!


rkbharat said:
your both Mansrover logs can be combined as a ready and complete reference for mansrover yatra.


Before we continue, here is a map scanned from KMVN brochure depicting the Kumaon region. The area covering our journey is marked with a red line. This is to give you an idea of the route we took. 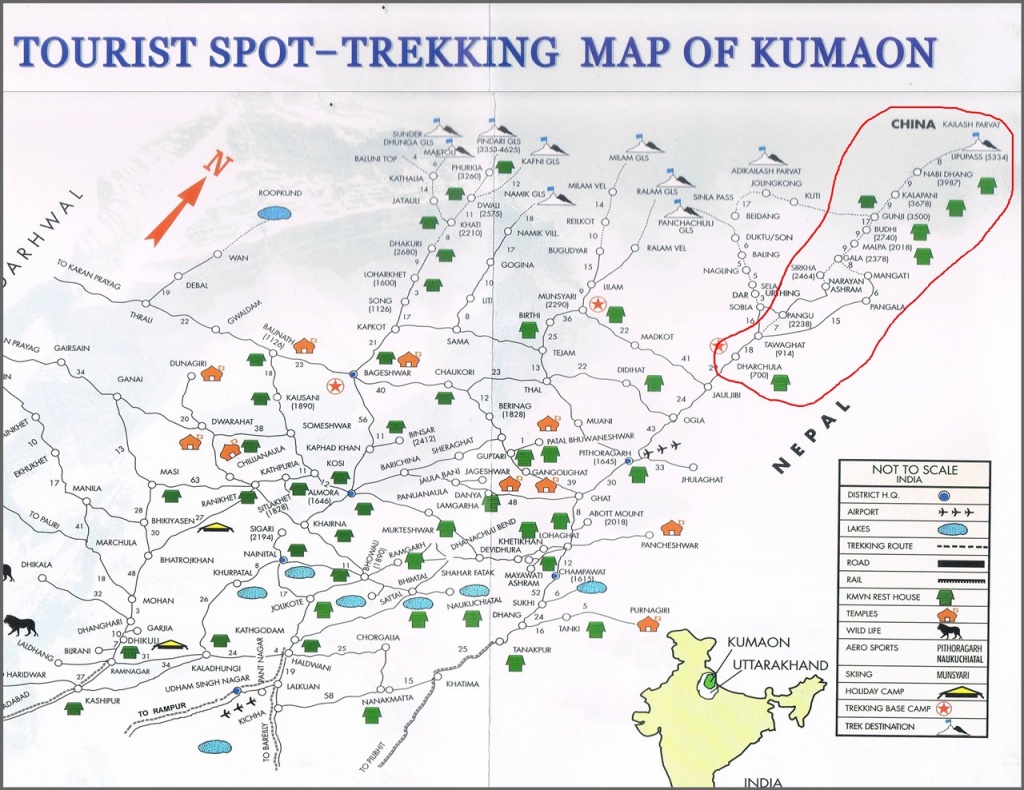 It was again an early morning start from Dharchula. It had been raining the whole of previous night but luckily iy had stopped now but the skies were still grey. River Kali was flowing along the KMVN guest house in full force. It was greenery all around and with the rain it looked all so fresh and clean.

I had no time to enjoy the scenery but had to get to work immediately. I being part of the luggage committee had to count the bags, weigh the bag, label the bags properly and hand them over to the luggage contractor. So my day along with the other members of the committee started 1 hr earlier than the rest of the group.

By 0600 hrs the rest of the group was ready after breakfast. Those yatris who had not made up their mind for a pony or a porter during the journey could still do so and order for them with the LO.

Today we would be travveling approximately 44 kms by jeeps and then approximately 13 kms by foot to reach Sirkha. With the bags loaded in a truck and yatris in jeeps we were ready to leave

Route from Dharchula to Narayan Ashram on google map 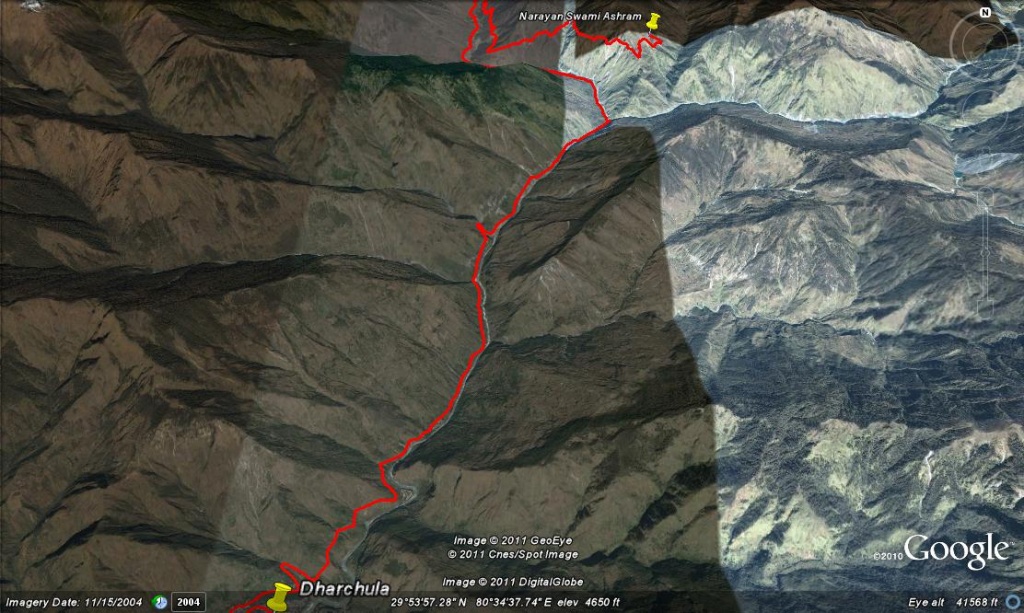 The route all along the River Kali was very scenic. There were plenty of water crossing en route which were flowing at their full strength due to the continuous rain fall thru out the night. Rain fall also meant landslides and we were kept waiting at a few places for them to be cleared all along the route.

At a place called Tawaghat we left River Kali and started going along Dhauli Ganga. Initially the route was along Kali till Mangti (refer the above map) but this route has been changed now due to lots of landslides here.

The new route is now from Tawaghat to Sobla and then to Narayan Ashram. There were quite a few hydel power stations on this route and the biggest one was on the river Dhauli Ganga.

After about 3 hours of traveling by jeeps we finally stopped 1 km before Narayn Ashram. Though the motor able road is till the Ashram but due to landslide we had to cover the rest on foot. Nobody did mind that as the rest of the journey hence forth would be on foot/pony only.

Narayan Ashram is known for its picturesque, scenic and mesmerizing beauty. It was built by Shri Narayan Swami Jee in the year 1936 and it took 10 years to complete the Ashram. In earlier days this Ashram was one of the key rest points for the Yatris travelling to Kailash on this route.

After some Bhajans at the Ashram Temple, some snacks and mind blowing Suji Ka Halwa it was time to continue towards Sirkha.

As mentioned earlier there would be no motor able roads hence forth and everything would have to be done on foot or by Pony.

The route from Narayan Ashram to Sirkha. 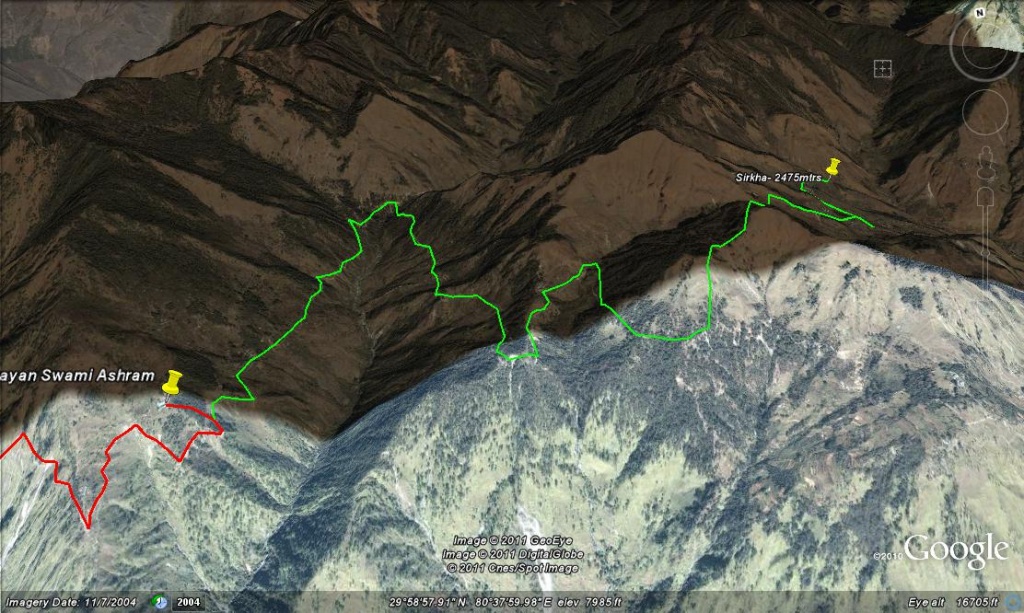 Approximate elevation of the route travelled 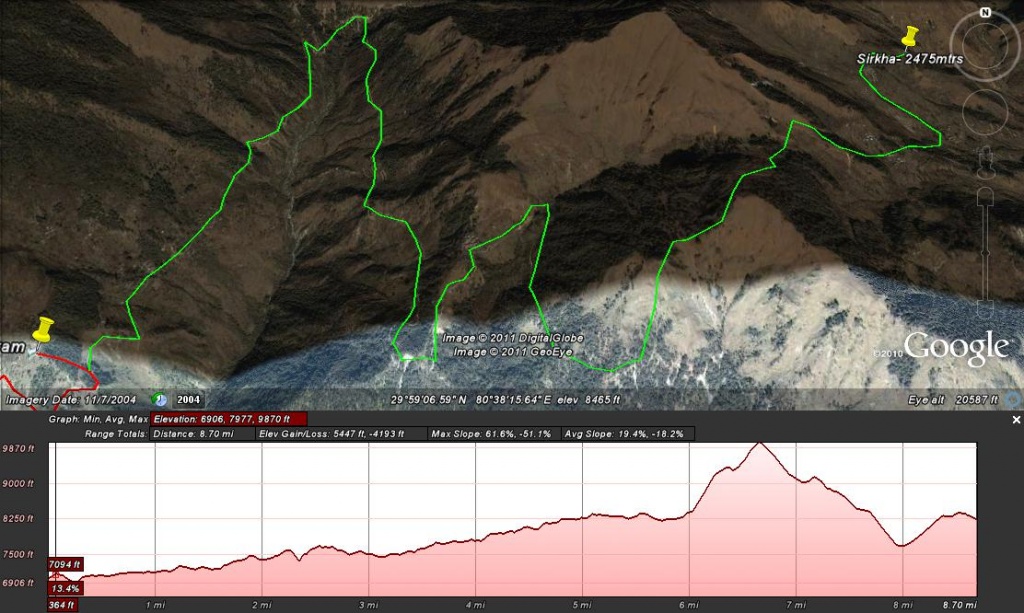 Those who had elected for a pony or/and a porter were allotted here. I had opted for neither a pony or a porter so I took my bag pack and my walking stick and started towards Sirkha.

Also its necessary to mention here, that the Uttrakhand Police deputes two men to walk with the group. Both the men have a 2-way radio and one stays right in the front (head) and one stays right at the back of the group (tail) There is also a doctor from the govt. who stays with the tail. This is to make sure that no one gets lost during the trek.

The trek was as beautifull as it could be, nature was at its best and the cloudy weather made it ideal for walking. Initially the trek was a gradual ascent but after some time it got steep. We had to cross a small hill and on the other side was Sirkha village.

Walking after a long long time it was rather difficult crossing the small hill also. We huffed and puffed and somehow managed to come across the other side of the hill. On the other side we could see the village of Sirkha at a distance. Slowly and steadily we reached Sirkha KMVN by 1400 hrs.

Lunch was served here and everyone decided to have a nap. We would not be getting our luggage today so the evening was spent with Bhajans. We got electricity for 2 hours during the evening so everyone had 2 hours to charge their cameras etc etc

Dinner was served and it was time to sleep

Early morning view from our hotel balcony in Dharchula 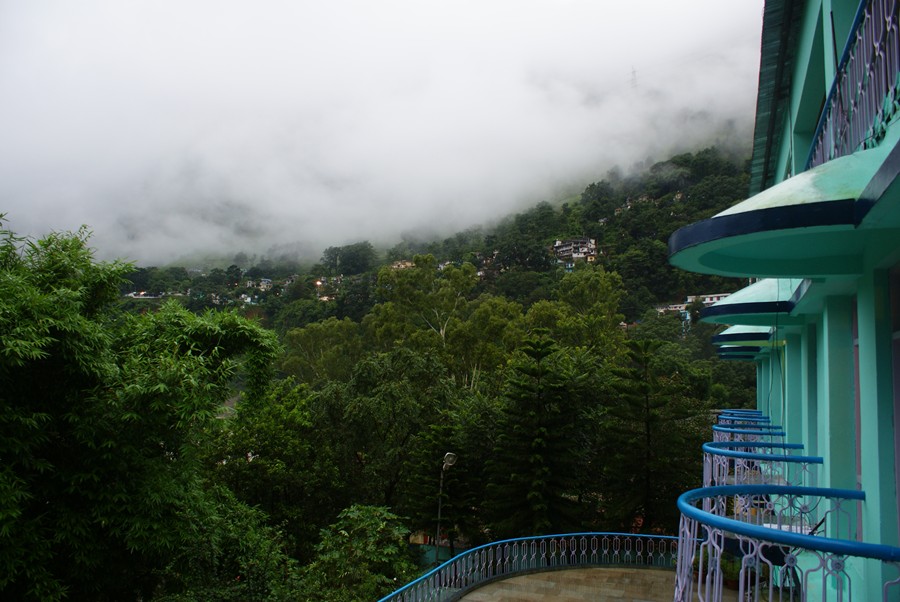 On our way to Narayan Swami Ashram in Jeeps 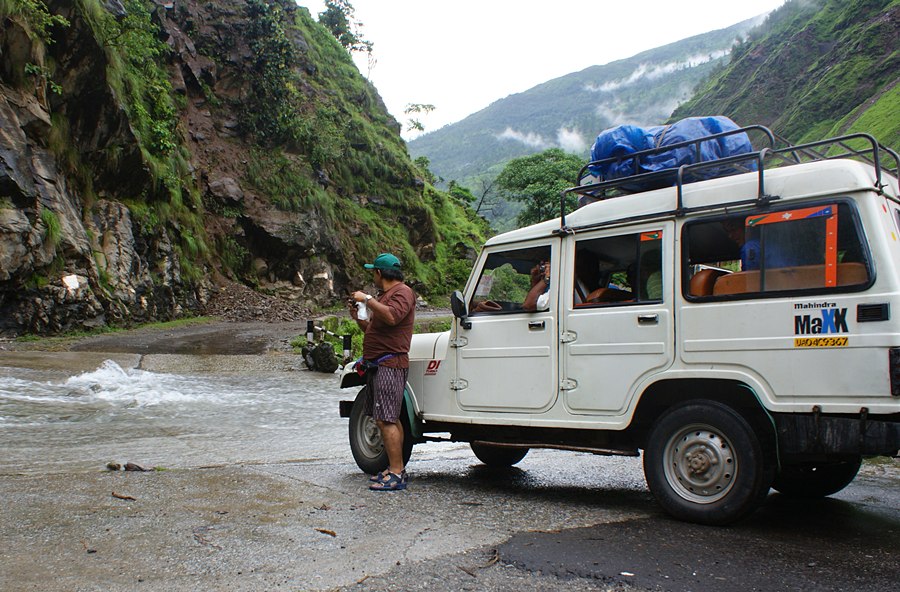 Streams at their best 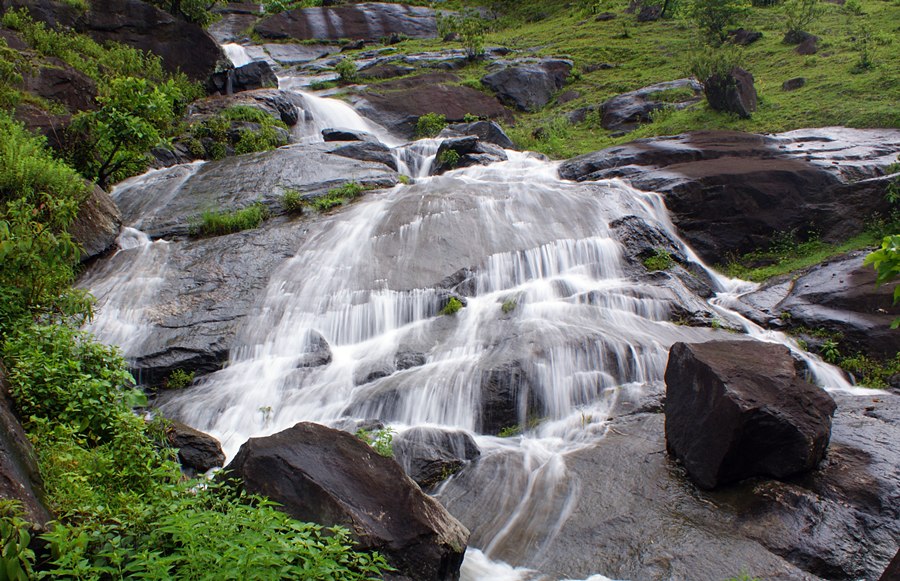 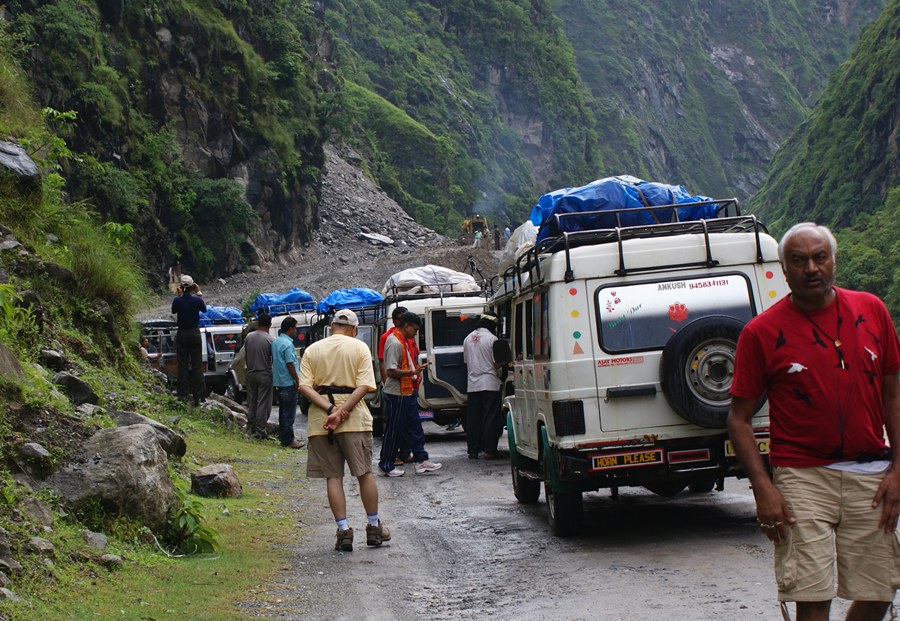 A dam on Dhauli ganga River 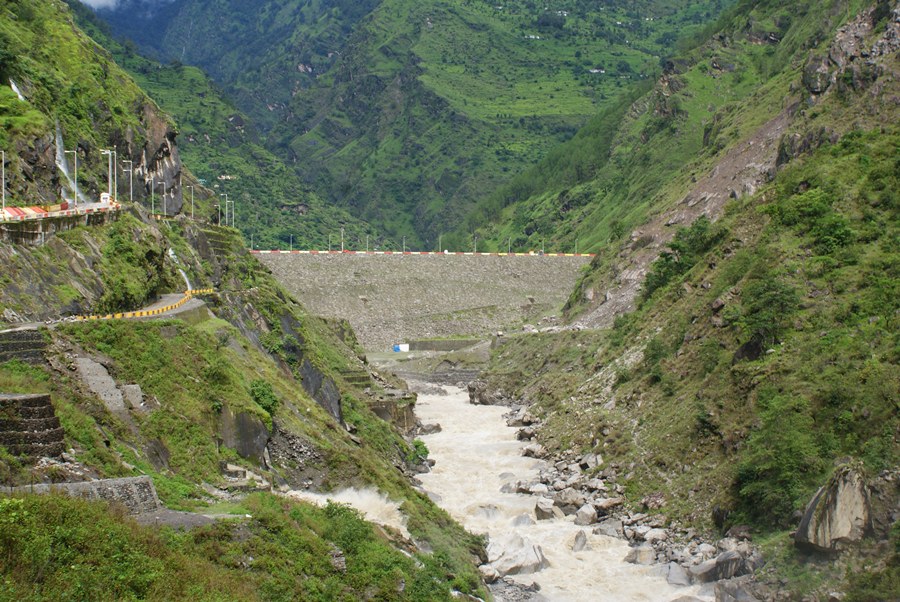 No more motor-able road due to a landslide. Its on foot from here on 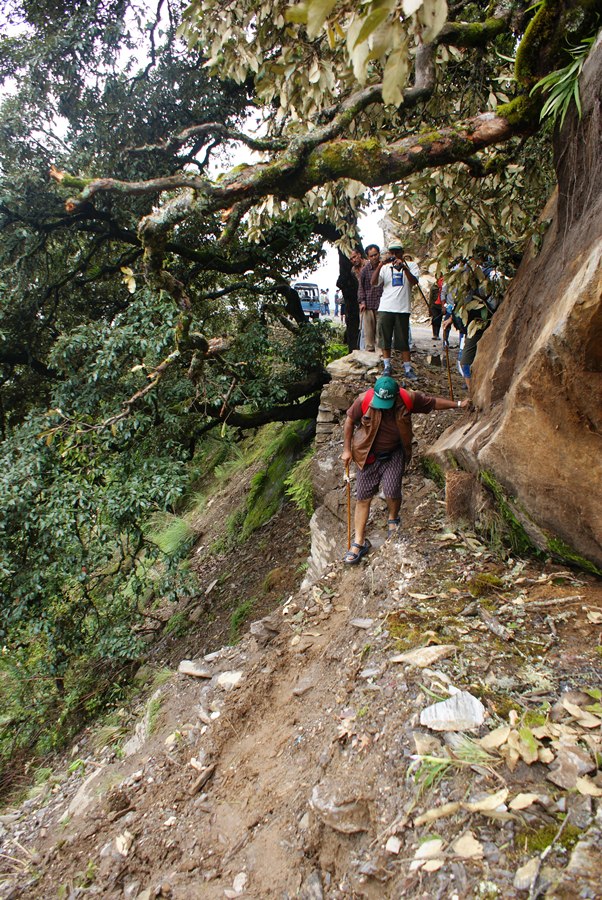 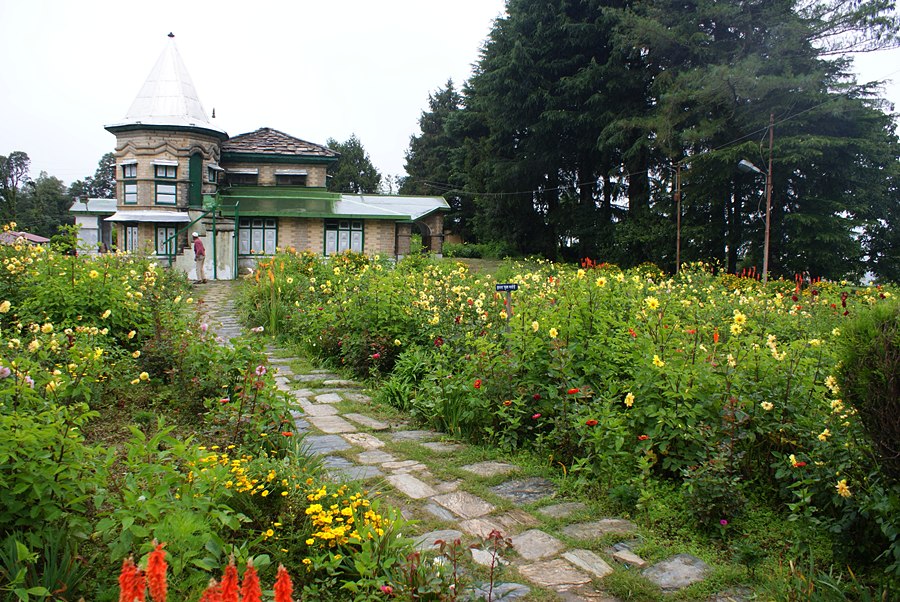 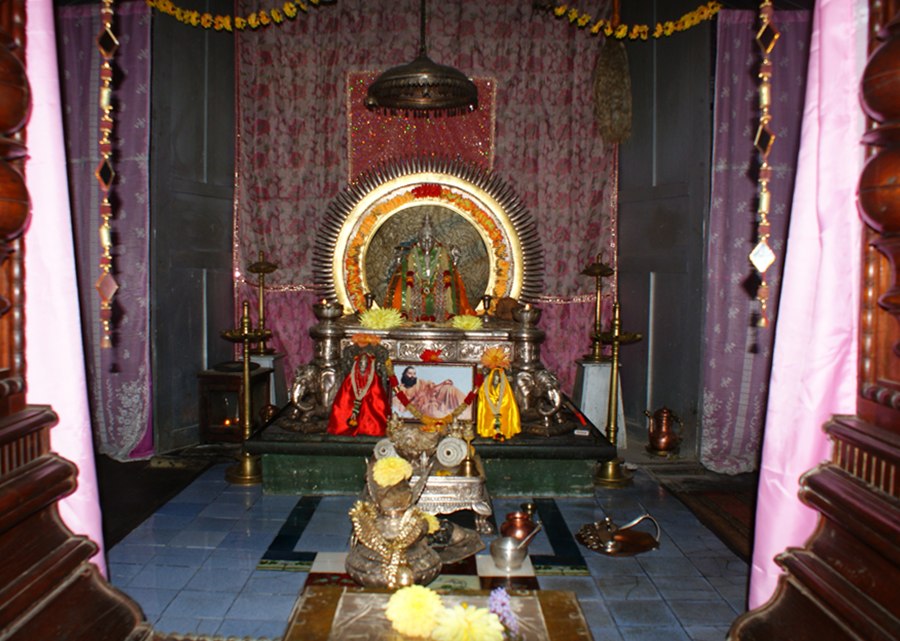 Porters and ponies were allocated here 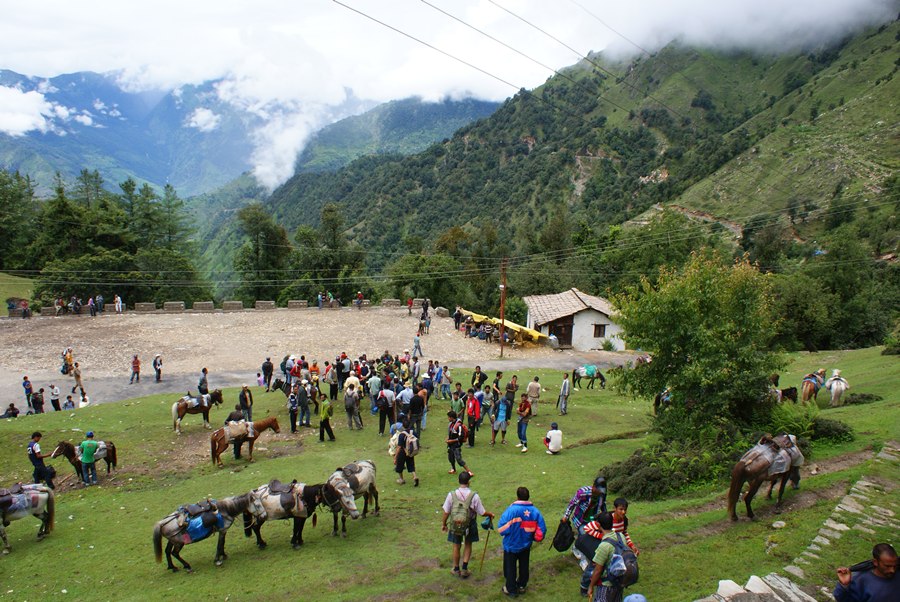 The journey on mountain tracks begin 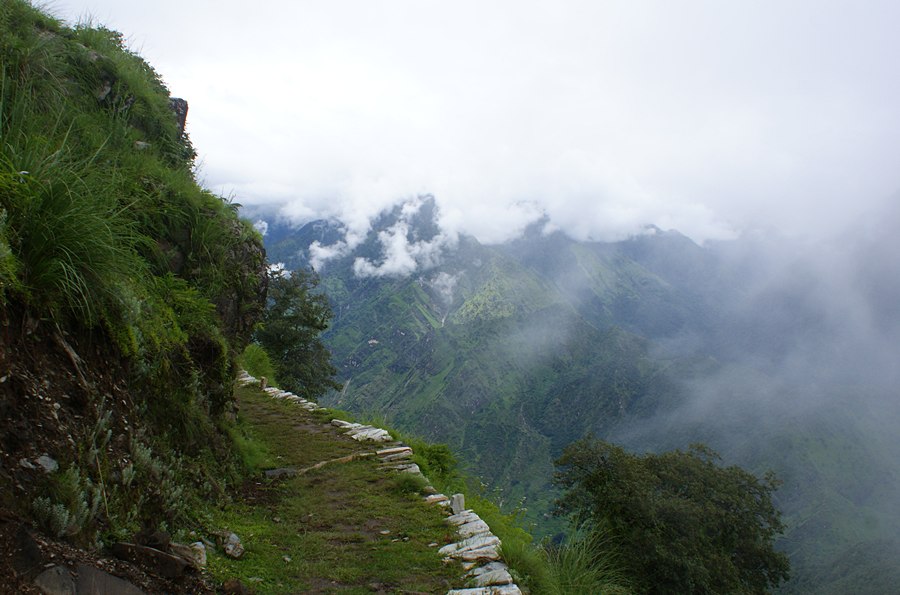 Every point is a photo opportunity 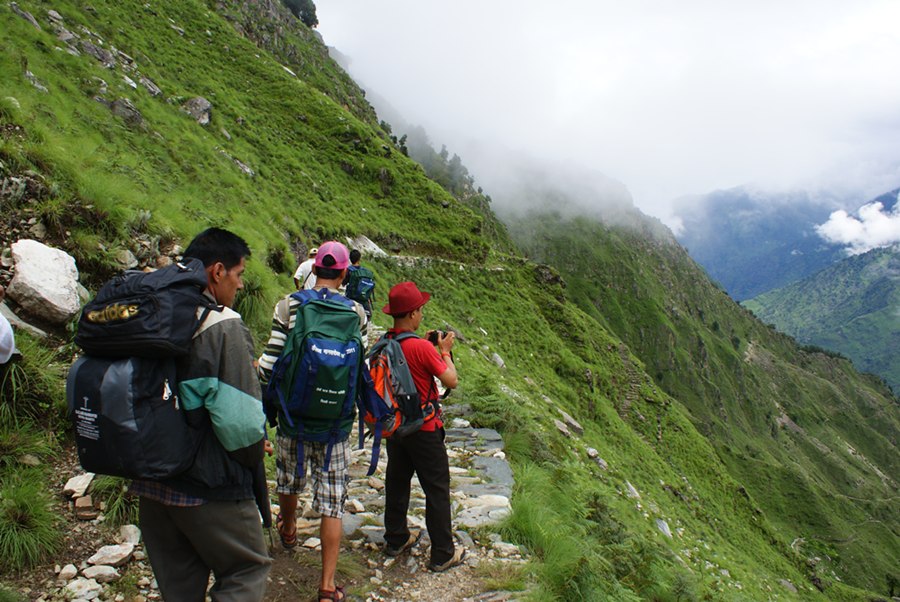 Initially the whole group used to be together 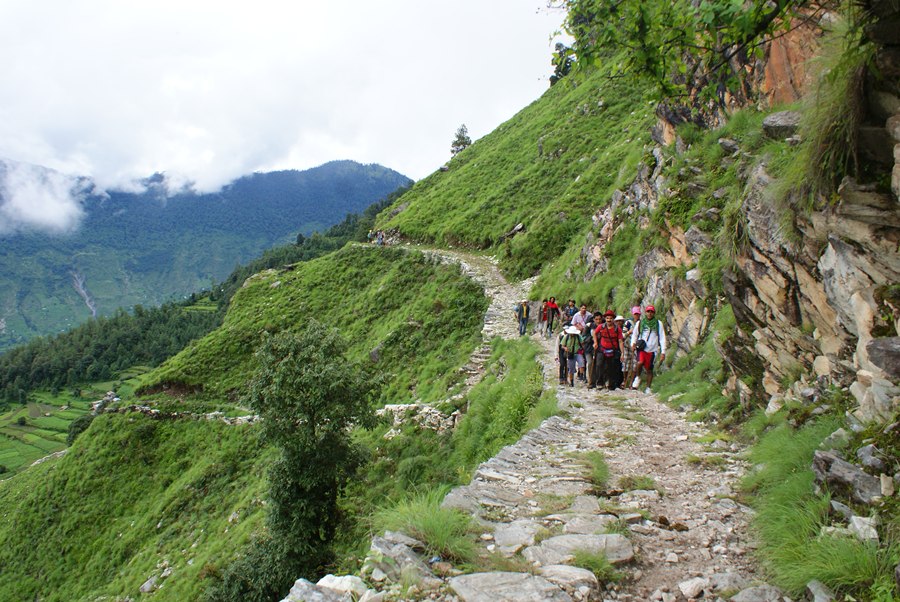 But slowly it stretched out 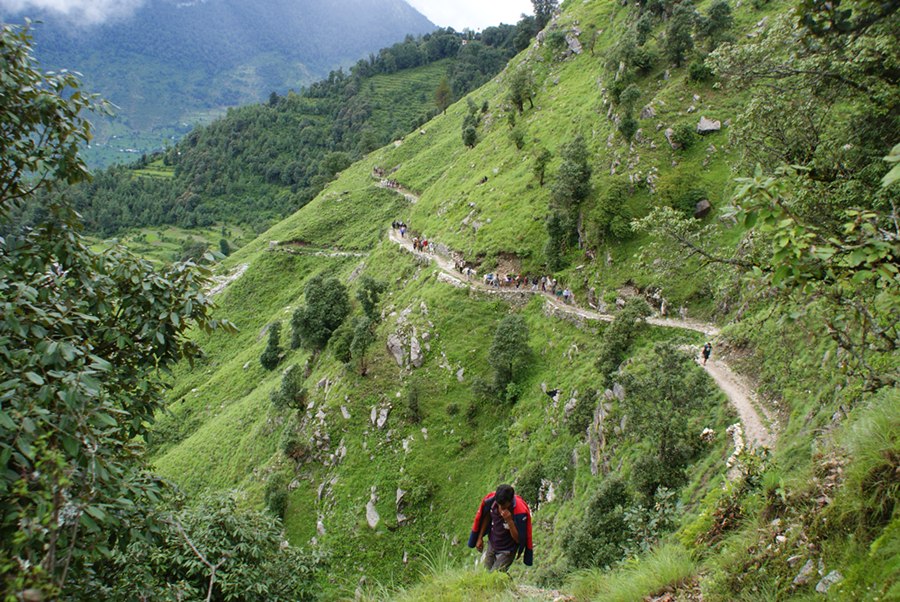 Live landslide happening on the other hill 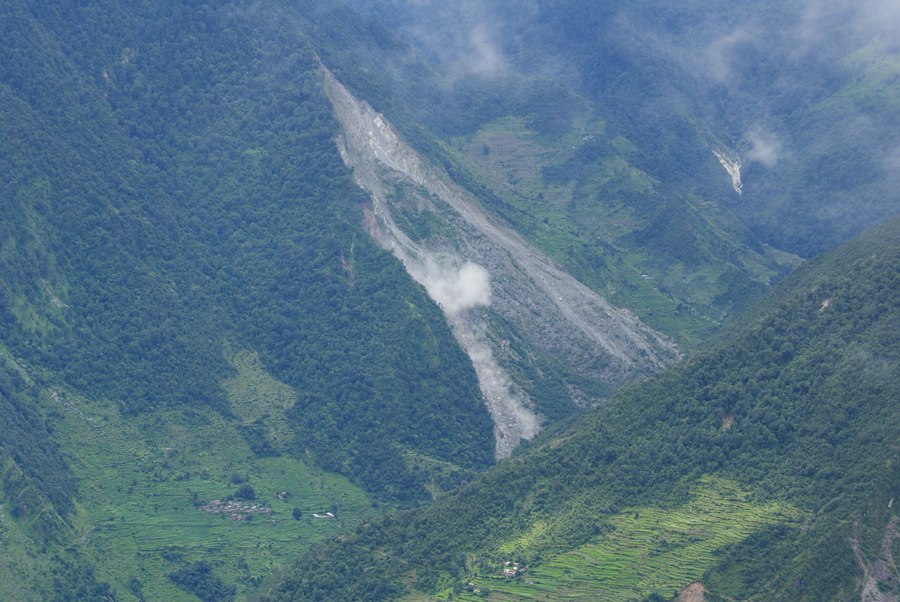 Sirkha Village at a distance 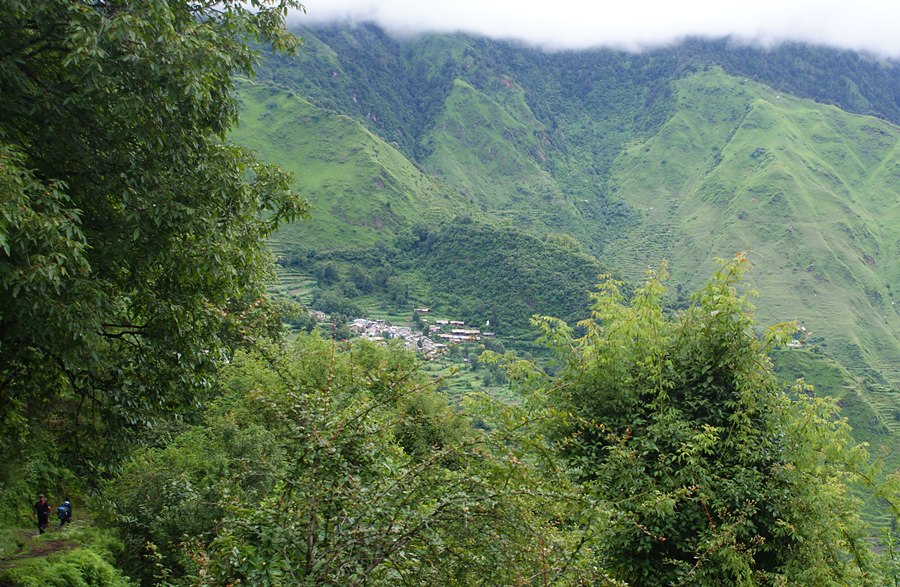 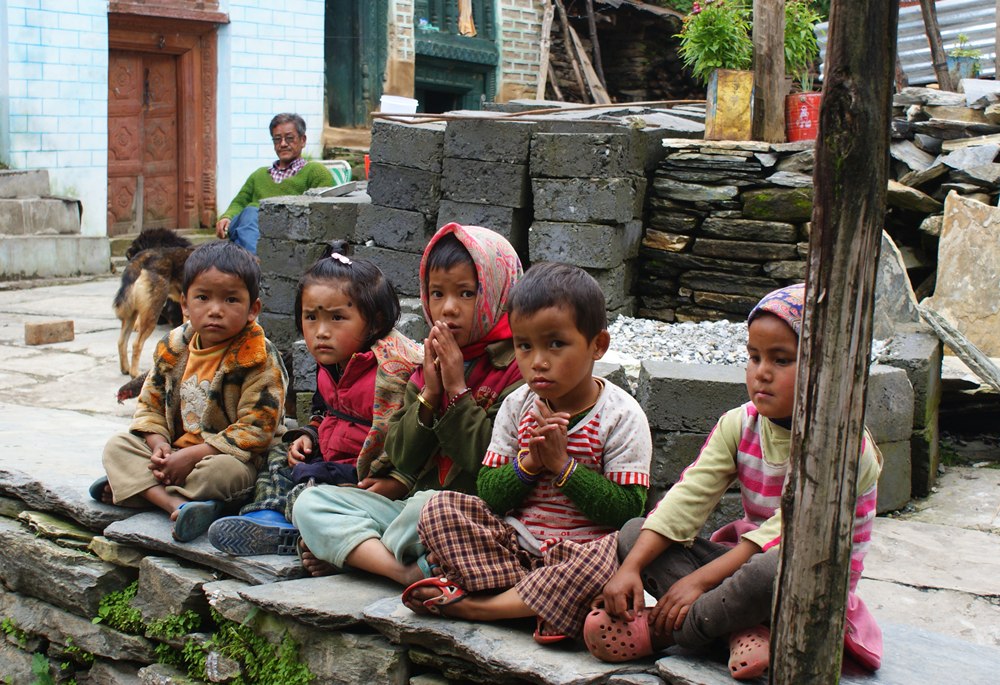 Our KMVN guest house in sight 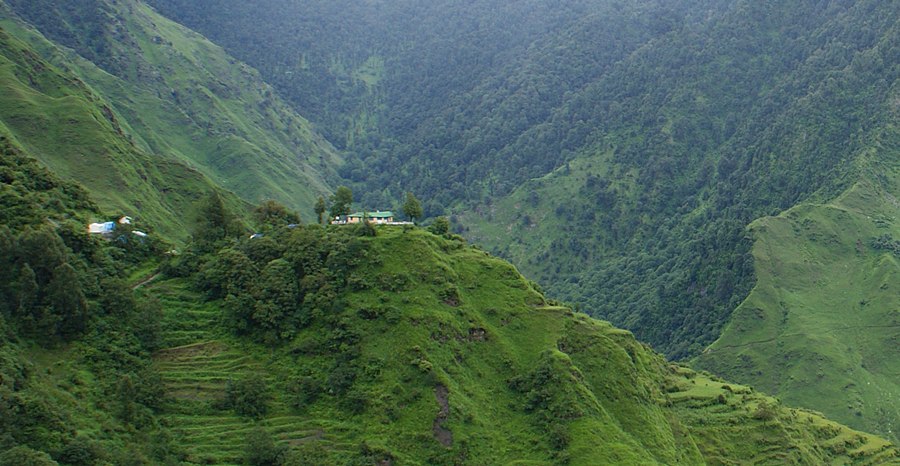 A day scene at Sirkha 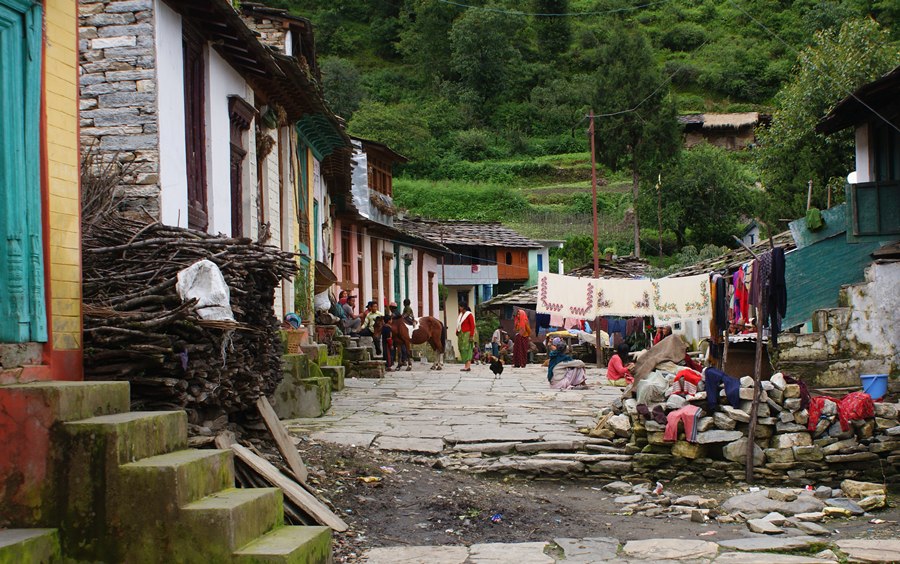 Biggest chameleon i have ever seen 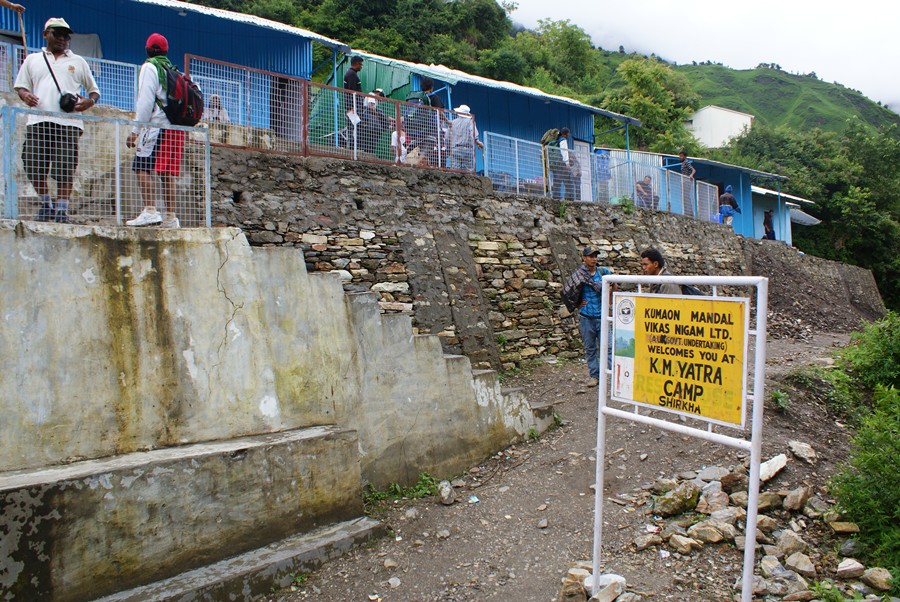 View of the mountains from Sirkha 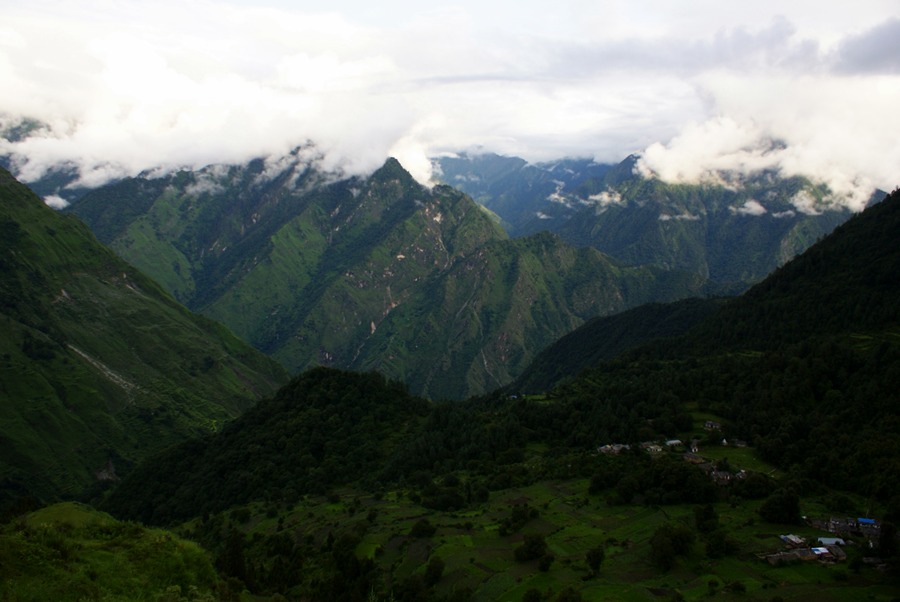 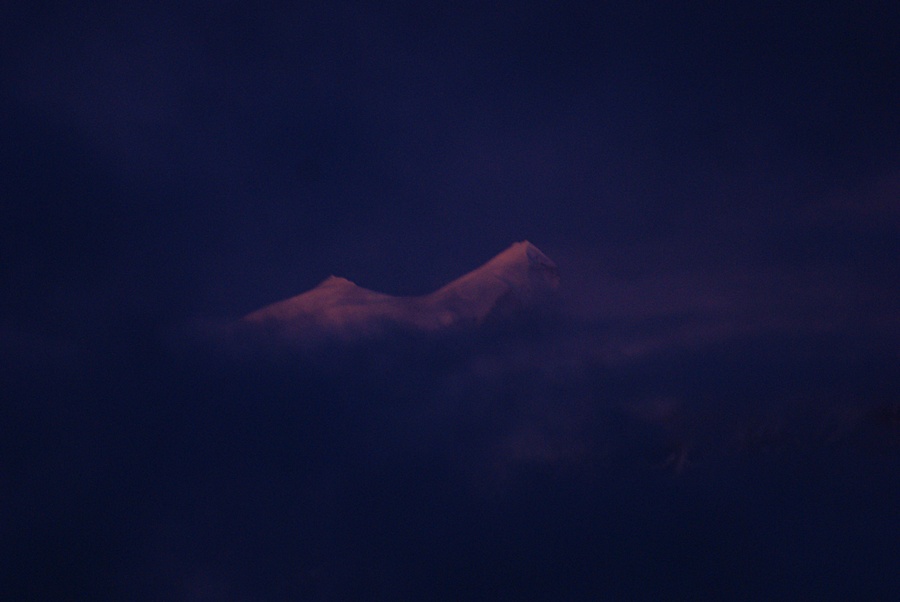 I loved reading your travelogue. Keep Up
V

Was waiting for this. Great narrative as usual. This will be a great reference for anyone who plans the journey
Rated 5*

tarun04104 said:
I loved reading your travelogue. Keep Up
Click to expand...

bulldozer said:
Was waiting for this. Great narrative as usual. This will be a great reference for anyone who plans the journey
Rated 5*
Click to expand...

Thank you all for the appreciation and the ratings!!

1. KMVN takes care of all the accomodation for the yatris on the Indian side

2. Till Dharchula (except Gujrati samaj) they have small proper hotel rooms where 3-4 people can be accommodated per room. There are some double rooms also so couples may get a room to themselves. Also till here attached bathroom with geysers are available.

3. After Dharchula mostly yatris have to put up in dormitories. 8-10 yatris or sometimes even more have to sleep in one room. As these camps are primarily used only for 4 months of KMY hence these are temporary structures but pretty well built. KMVN has been constantly improving and the accommodation here is getting better each year.

4. Bed linen is Ok'ish. Could have been cleaner, but I understand washing plus drying linen where it is just raining and cloudy all the time can be a huge ask. So if you are very finicky. then the best is to carry a sheet and a pillow cover of your own.

5. Enough blankets or quilt is available all the time at all camps

7. The Chinese authorities take care of the accommodation at Tibet side.

8. Stay at Taklakote and darchen is at proper hotels with all the basic amenities like, tv, attached toilets, 24hrs hot water, spik and span bed linen etc etc. usually they are 2-3 bedded rooms

9. Stay during Kailash Parikrama and at Mansarovar is again at guesthouses with 8-10 yatris in a room. Open toilets have to be used here

1. KMVN is again responsible for all the meals at the Indian side.

2. Food is simple but when had warm is very tasty. Usually there is a sweet for dinner at all the camps

4. Only the food served during Taklakote stay in China, is part of the package. For rest of the 8 days the yatris have to buy their own food material and hire cooks.

5. The memebers of the food committee buy dry ration from India and carry it with them as common luggage. fruits and vegetable is bought at Taklakot and cooks are also hired from Taklakot. Common fund is used for this.

6. Utensils for cooking are available at the hotel in Taklakot so there is no need to buy them. Also no need to take any plate or spoon of your own as wherever you eat they will provide it (its mentioned in the MEA guide book to carry)