Where is the origin of river spiti?

It shows on Google map that the river takes a U turn before kunkum pass but after crossing NH 505 it is shown as river spiti tributary.
Hope to get clarity on this here. 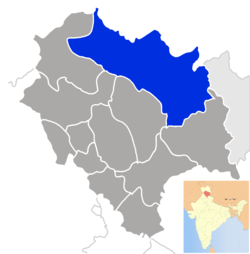 The district of Lahaul-Spiti in the Indian state of Himachal Pradesh consists of the two formerly separate districts of Lahaul and Spiti. The present administrative centre is Keylong in Lahaul. Before the two districts were merged, Kardang was the capital of Lahaul, and Dhankar the capital of Spiti. The district was formed in 1960, and is the fourth least populous district in India (out of 640).[1]

The two valleys are quite different in character. Spiti is more barren and difficult to cross, with an average elevation of the valley floor of 4,270 m (14,010 ft). It is enclosed between lofty ranges, with the Spiti river rushing out of a gorge in the southeast to meet the Sutlej River. It is a typical mountain desert area with an average annual rainfall of only 170 mm (6.7 in).[4] 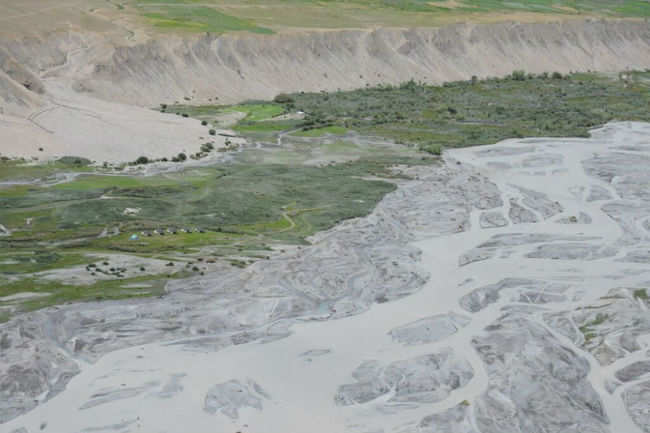 
The Spiti River nurtures the beautiful valleys of Lahaul-Spiti district of Himachal Pradesh. It originates from the Kunzum Range of the Himalayas in a way that it divides Lahaul and Spiti. Many Himalayan streams, including the Pin River, feed it. As this part of the Himalayas are desert areas with almost no rains, the river gets no rain water and all its water comes from the melted glaciers of the Himalayan ranges. Almost all human settlements in Spiti Valley are located on the banks of the Spiti River, such as Tabo, Dhankar, Kaza and Rangrik. Most of these places have existed for at least 1000 years. Many monasteries overlook the river as if drawing their spiritual strength from the water element of the nature around. I believe that the river looks the prettiest between Kaza and Rangrik, the part that is visible from Key Monastery. The vast expanse of the river with big and small channels almost looks frozen from a distance, and they do freeze during the winter season. It is when you go close that you see the river flowing quietly. Some hotels organise mud bath in Spiti Valley if the weather permits, and you can, of course, swim in it under guidance.

What is that water body near Chandratal?

The lake of the moon and the Spiti Sprint! 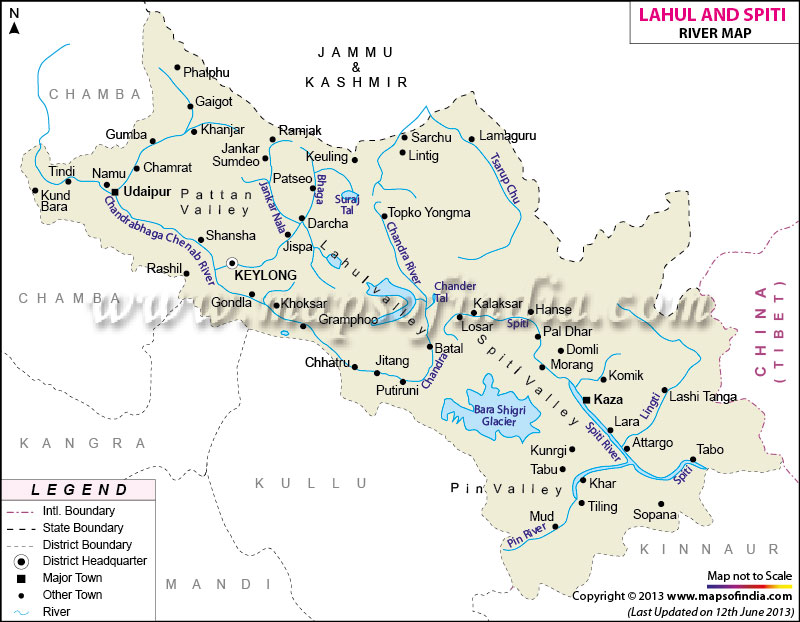 vishwa said:
It shows on Google map that the river takes a U turn before kunkum pass but after crossing NH 505 it is shown as river spiti tributary.
Hope to get clarity on this here.
Click to expand...

Check above Map and ask what is your question ?

Or give some map images to make your point. 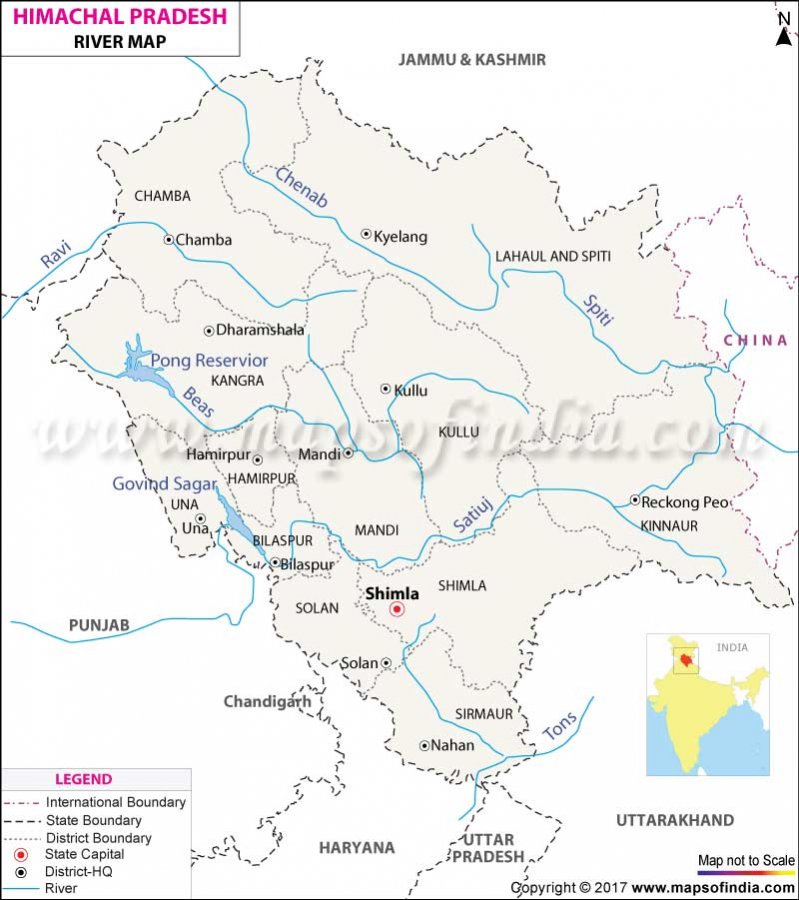 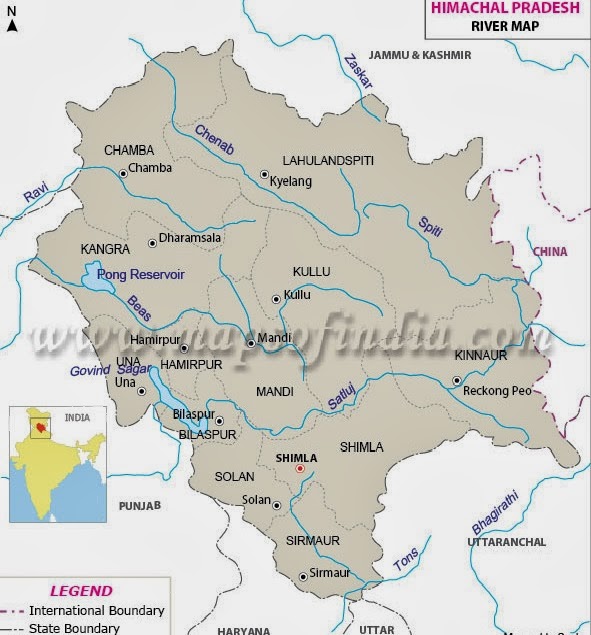