Thats contains only picture no information

@IJS may have some idea.

Chowkidhani Sonipat is almost similar and has lots of activities, i have been there twice. Lohaghar is on on the expensive side compared to Chowkidhani.
Almost similar activities rides , games , dances, food etc etc.

I have visited lohagarh farms. Its a nice place to hangout. But a bit costly thats what I felt. But for once its a good experience. Buffet is nice.

Sent from my ONEPLUS A6000 using Tapatalk

Another Incident in UP !

UP is Ulta Pradesh : 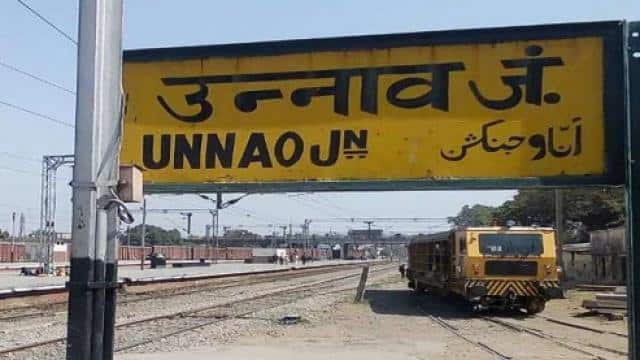 cat said:
Noted Huawei boss here said 4G will continue to be more important in Africa than 5G, 4G network development must continue. (imo, all the talk of 5G, we see by "experts" and tech-news websites is silly, it is not so relevant to this internet access we are talking about.)
btw, one of the things they talk about here with 5G, they say SA is behind in roll-out of 5G because government has not sorted out the spectrum allocation.

Also, when we talk about the cost of data, here or other countries in Africa, that are less developed, have very less infrastructure, it is actually *mobile* / 3G, 4G that we're talking about.

For many years, >=middle class people have been using ADSL, ADSL modems and routers, that uses Telkom copper/landline infrastructure. The main concern for them is always video/tv streaming...Netflix and so on. That means contracts.
Now, for several years, implementing fiber networks to replace that...talking lonnnnng...they will say ok, fiber is now there to your block/district, but then people still waiting for months before they actually get a connection for the house.

I don't care much, I stick to mobile because i will not get into contracts and debit orders.
Click to expand...

In 5G marathon, India decides to sit back and mourn as China, US, Europe race ahead
If the 2G fiasco stemmed from corruption, the death of 5G-enabled telecom revolution even before it began stems from stupidity.
TUSHAR GUPTA 6 December, 2019 2:57 pm IST 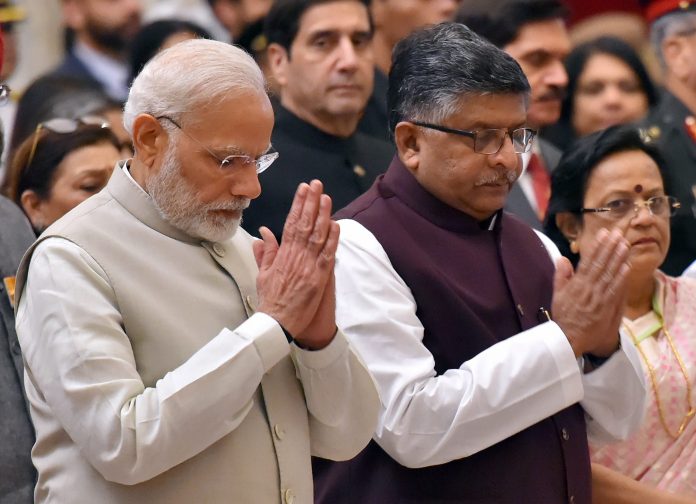 A file photo of Law Minister Ravi Shankar Prasad and PM Narendra Modi | PTI
Text Size: A- A+
As Europe and China witness the rollout of 5G, the future generation of telecommunication, India can sit back and mourn the end of its next telecom revolution even before it began.
The final nail in the coffin of the already stressed telecom sector came earlier this week with the disbanding of the Committee of Secretaries (CoS) set up to suggest relief measures for the sector.

While companies were hoping for a settlement on the AGR payments, all they got was a two-year moratorium on spectrum payment, amounting to the relief of about Rs 42,000 crore.
As per a report in the Economic Times, Vodafone-Idea and Airtel together face AGR dues amounting to more than Rs. 89,000 crore, payable within the next few months.
To put things in perspective, Airtel registered a loss of Rs. 23,000 crore in the September quarter, accounting for the AGR dues. The loss exceeded the consolidated revenue from operations, which were around Rs 21,131 crore in the same quarter.
However, it’s Vodafone-Idea that is hanging by a thread. Accounting for AGR, their September loss was around Rs 50,900 crore. Their revenue from operations in the same quarter was around Rs 10,800 crore, almost one-fifth of the loss.
The lack of any debt relief has added to the existing problem of lack of spectrum quantum. As per this report, India’s telecom operators are planning to push back 5G network deployments to as late as 2025 due to high base price, lack of spectrum, and absence of any new bands for auction.

The author is a senior sub-editor at Swarajya. He tweets at @tushjain15. Views are personal.
This article was first published on Swarajya.

In 5G marathon, India decides to sit back and mourn as China, US, Europe race ahead

Qualcomm is using with Reliance Jio services for building new 5G use cases
There is no technological reason for the slow deployment of 5G: Qualcomm
5G is expected to launch in India by 2022

At a time when tech giants across the world are keeping a close eye on India’s ambitious 5G plan, San Diego-based chipmaker Qualcomm is playing a substantial role in finding new solutions for the services in the country.
According to a Financial Express report, Qualcomm, on Wednesday, said that the company is working with Mukesh Ambani-backed Reliance Jio and ecommerce giants Flipkart and Amazon India to build new use cases for 5G.
Highlighting the need for the Indian market for early adoption of 5G, Alex Katouzian, Qualcomm’s senior vice-president and general manager of the mobile business unit, reportedly said that India could be instrumental in building new use cases for 5G.
On how Qualcomm is working with India’s tech ecosystem, Katouzian added that the company is using services of Reliance Jio and is involved with it on a fairly active basis for building new 5G use cases.
Related Article: India’s First 5G Video Call Demoed By Ericsson, Qualcomm At IMC
Speaking on the sidelines of Qualcomm’s annual Snapdragon Summit in Maui, Katouzian further said that the company is also working with Flipkart and Amazon India for 5G.
Qualcomm is currently leveraging services provided by Flipkart and Amazon India for bringing innovation in the 5G ecosystem, Katouzian told reporters at the event.

While the deployment of 5G is going at a slower pace around the world, Cristiano Amon, president of Qualcomm reportedly highlighted that there was no technological reason for 5G not to be deployed.
Amon, dropping a hint that 5G deployment in many parts of the world might be facing a roadblock because of government policies, further urged that it is very important for governments across the world to put the conditions for 5G deployment to occur.
According to the Ericsson Mobility Report, 5G will make inroads in India by 2022. While 5G is expected to cover around 65% of the world’s population by 2025, India would be able to only register 11% 5G subscriptions in the country, the report added.
The challenges behind this slow growth of 5G in India can be seen as a result of a lack of infrastructure and slow adoption of this technology by telecom players. However, with Qualcomm working Reliance Jio, Flipkart, and Amazon India, deployment and adoption of this fifth-generation network might witness a boost.
5G Digital India Government Policies

Note: We at Inc42 take our ethics very seriously. More information about it can be found here.

As India is still awaiting 5G, Swedish telecom company Ericsson and American telecom equipment maker Qualcomm, on Tuesday, collaborated to demonstrate the first 5G video call in the country on millimetreWave (mmWave) spectrum at the ongoing India Mobile Congress (IMC) in Delhi.
The companies also demonstrated India’s first 4K video streaming and cloud-based gaming using sub-6 GHz and mmWave using 5G commercial devices
mmWave is a 5G network that ranges from 28 GHz to 39 GHz spectrum. The network is currently being used in North America, and advanced countries such as Japan and Korea are awaiting its launch.
Related Article: TRAI Chief Expects Speedy Action On 5G Network Rollout From Modi 2.0
“5G will form the backbone of emerging technologies such as the Internet of Things (IoT) and machine to machine communications and will provide India with ‘smart infrastructure’ that will open up new opportunities for the country,” Ericsson South East Asia’s head Nunzio Mirtillo said.
As a part of the demonstration, Ericsson’s Nunzio Mirtillo made a video call to Qualcomm India vice president Rajen Vagadia. The two companies have been working together to develop technology to push 5G networks around the globe.
The demonstration was completed using a Qualcomm’s smartphone based on Snapdragon 855 mobile platform and Ericsson’s 5G platform. The Snapdragon 855 Mobile Platform was also equipped with Snapdragon X50 5G Modem-RF System, whereas the Ericsson’s 5G platform included 5G NR radio, RAN Compute products and 5G Evolved Packet Core.

Mirtillo added, “Over the past few years we have been working with several stakeholders to build the 5G ecosystem in the country. Today marks an important step in India’s journey towards 5G.”

Redmi K30 4G will be cheaper than 5G variant with Snapdragon 765G, will use 64MP Sony IMX686 camera
Xiaomi has confirmed it will bring a new 4G variant of the Redmi K30 to global markets as an affordable alternative to the 5G variant. That means the Redmi K30 5G will be expensive.
ADVERTISEMENT 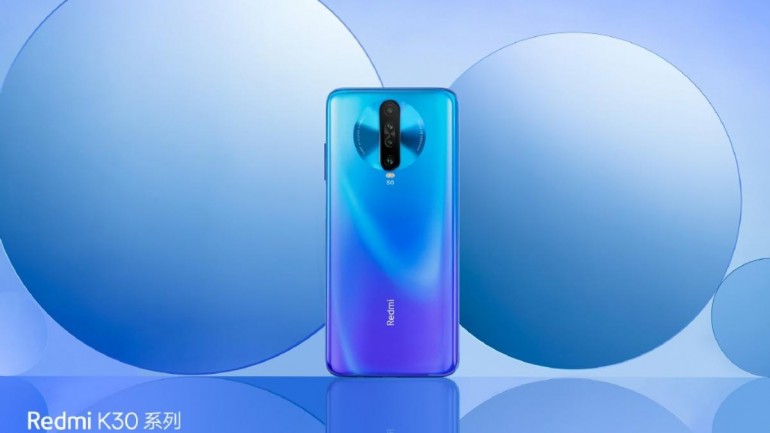 Xiaomi's upcoming Redmi K30 is presently all over the web, with leaked posters and more details about its specifications. The Redmi K30 will be the successor to the Redmi K20 and it could eventually make its way to India soon. The buzz associated with the Redmi K30 is 5G connectivity and Xiaomi has confirmed that it's going to use Qualcomm's latest Snapdragon 765G chipset. However, that could end up being expensive and Xiaomi, knowing that, has another plan up its sleeves to come up with ana affordable version.
In an official post on Weibo, Xiaomi VP Lu Weibing confirmed that there will be a cheaper variant of the Redmi K30 that won't feature 5G connectivity. The phone will only offer 4G connectivity and if you relate it with the leaks, chances are that this is the variant that will be powered by the Snapdragon 730G chipset. The Snapdragon 730G doesn't have support or 5G connectivity and hence, it could be much cheaper than the 5G variant of the phone.
Just a few days ago, Xiaomi confirmed that it's going to use Qualcomm's newest Snapdragon 765G chipset for the 5G variant of the Redmi K30. The Snapdragon 765G comes with the Snapdragon X52 5G modem and offers up to 36 per cent improvement in graphics performance over the Snapdragon 730G. However, leaks suggested that the Redmi K30 will have a regular and more affordable 4G variant that will rely on the older Snapdragon 730G chipset.
It is highly likely that Xiaomi may bring this 4G variant to the Indian market and it will benefit massively with this variant in India. India is yet to get 5G connectivity, which is why bringing a 5G compatible phone to the country currently won't make sense. On top of that, the 4G variant will be cheaper to manufacture and sell. Hence, Xiaomi could offer the Redmi K30 as a successor to the Redmi K20 for almost the same price. 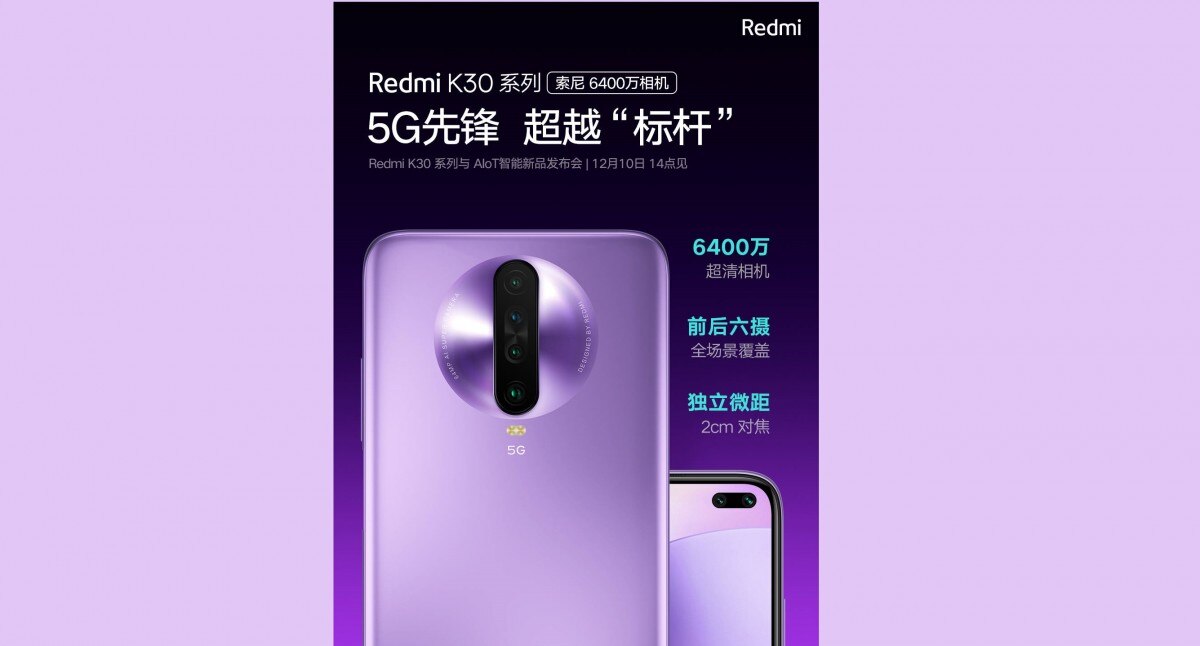 The Redmi K30 will have a couple of new features up its sleeves, including a fast 120Hz refresh rate display and a new 64-megapixel camera. The camera is the focus for the Redmi K30 and Xiaomi has now confirmed that in a recent teaser. The Redmi K30 will use Sony's brand new 64-megapixel IMX686 sensor. The camera will have a 1/1.7-inch sensor and 1.6um pixel size. Not much is known about this sensor yet but most 2020 flagship phones could end up using this same camera sensor.
The Redmi K30 is launching on December 10 in China along with a RedmiBook laptop as well as a Redmi smart speaker and Redmi router.