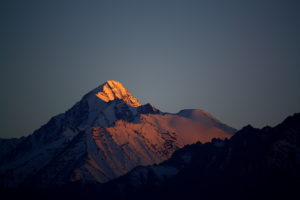 One of India's highest trekking peaks, Stok Kangri will be closed for the entirety of 2020-22. The Outdoor Journal reached out to the Indian adventure industry for comments.

WRITTEN BY
The Outdoor Journal

On Friday 6th December, The Outdoor Journal received news that Stok Kangri, the highest mountain in the Stok Range of the Himalaya, in Ladakh, Northern India, would be closed for trekking and climbing for three years, due to unmanageable overtourism. The news came following a meeting held last week between key people in the All Ladakh Tour Operators Association (ALTOA). The outcome was clear, “Stok representatives are sure about closing Stok Kangri for trekking and expeditions from 2020 onward for 3 years”.
Stok Kangri (6,153m/20,050 feet) is one of the highest trekking peaks in the world, and attracts an increasing number of tourists every year. For years, it has been considered as one of the highest “achievable” mountains in the world – This perception has played a big role in leading this area of amazing natural beauty into a poor state that now needs attention and recuperation courtesy of the governing bodies.
Whilst we are still awaiting an office notice courtesy of the Indian government, we have been advised that this should be considered the final outcome of the meetings on Stok Kangri. The mountain will be closed to trekkers and climbers in 2020, 2021, and 2022.
The news is not a surprise given a notice that was distributed across the industry in July of 2019 to all members of the Adventure Tourism Operators Association of India (ATOAI). This notice advised that “Stok Nambardar village committee comprising of Stok villagers had been raising concerns over the pollution of their drinking water source and also shortages of irrigation water owing to over-tourism and global warming. Stok Kangri is a very popular trekking peak and over the last few years, we have observed it falling prey to over-tourism.” 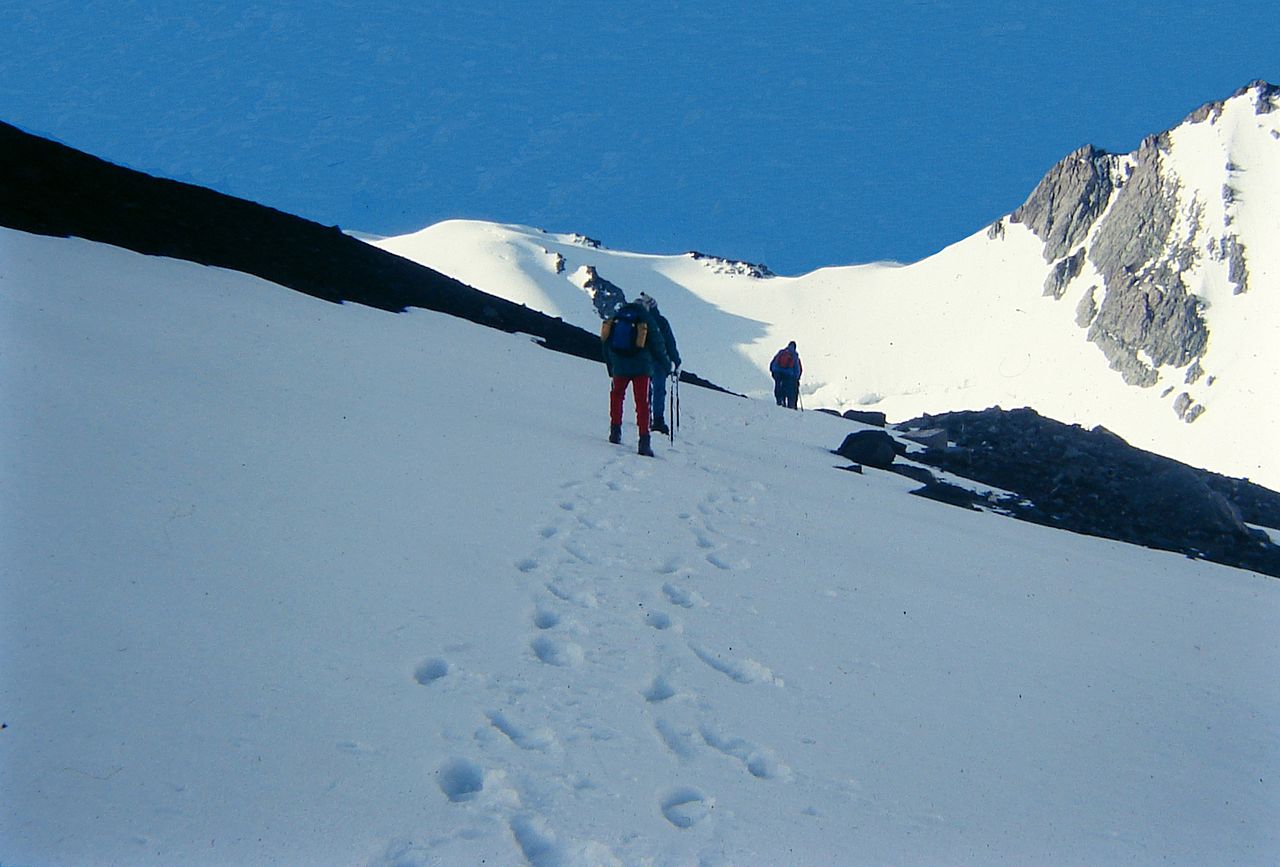 HIKING TOWARDS THE SUMMIT OF GULEP KANGRI, STOK KANGRI’S TWIN PEAK. 19357FT, STOK, LEH, 1995. PHOTO BY BISWAJIT MAJUMDAR
At the time, the committee had decided to “close the Stok Kangri peak for trekking for five years starting 2020 onwards”. However, an urgent meeting was requested with the committee to suggest a European-esque approach that allows expeditions at annual intervals so that the area can “recuperate”. Clearly, the committee felt that greater action was required and such an approach would not suffice. Instead, they have decided to close the mountain for three years. 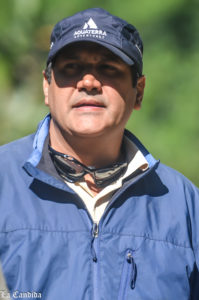 VAIBHAV KALA: COMMITTEE CHAIRMAN OF ADVENTURE TOUR OPERATORS ASSOCIATION OF INDIA AND FOUNDER OF AQUATERRA ADVENTURES, RANKED AS ONE OF THE WORLD’S BEST ADVENTURE TRAVEL COMPANIES BY NATIONAL GEOGRAPHIC.
This does not come at a surprise to Vaibhav Kala, from Aquaterra Adventures. In September of 2018, Vaibhav wrote an article for The Outdoor Journal entitled “Mass Trekking in India: A Disease For Which We’ll All Suffer“. Vaibhav spoke of unreported deaths, unsustainable human activity, and environmental degradation – It was a call to action as “India’s national heritage is at stake”. The article stirred the industry. Later that month, The Outdoor Journal published its own investigation “Adventure Tourism in India Leading to Deaths and Massive Environmental Degradation“. We later captured much of the local conversation and expert opinions in The Adventure Tourism Industry Reacts.
Over 12 months later, this groundswell appears to have failed to achieve any real change. When The Outdoor Journal reached out to Vaibhav for comment on the Stok Kangri closure, we were met with a frustrated tone, very similar to the way Vaibhav spoke in the Autumn of 2019. “It’s an unchecked, uncontrolled price war. Cost-based pricing, instead of value/safety based pricing, leads to the massification of the mountain. Rising deaths and accidents due to neglect, tourists rushing up without the proper acclimatization and rampant neglect of the environment”.

Vipin Sharma, the Founder of Red Chilli Adventures, speaks from his experience as a trekking guide for over 20 years. Whilst he shares the opinion of Vaibhav Kala, specifically that “having a large number of people crossing Stok Kangri Glacier every day and night during the season multiplies the melting process”, he does not ignore that fact that this isn’t the only reason. Vipin points out that climate change has played its part too in the immediate gravity and significance on the region – “Locals of Ladakh are dependant on water from glaciers. This is their only source of water at that altitude and if glaciers disappear from the land, so will the people, no one will be able to live there without water.” 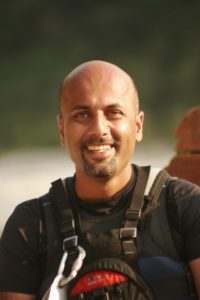 Akshay Kumar, ATOAI’s former President with decades of experience in adventure tourism governance in the region told us that “heaps of non-biodegradable garbage had been left behind,” along with “Irresponsible climbing, lack of safety and no intervention or support from the local government”. Given Akshay’s background, we wanted to understand if he agrees with ALTOA’s decision and whether there were any other viable alternatives.
The Response

“As long as it takes outfitters and regulating agencies to wake up!”
Click to expand...

Compassionately, Akshay told us that he had to “support this move because the local village had taken a call to protect the region, even with the prior knowledge that this move will hurt the local economy and its jobs. Not just in the short term either, as Akshay went on to explain, “this closure will force the government and trade to look at other routes and peaks resulting in dispersing the crowds even when they reopen”. Had Akshay been making the call himself, his approach would be a match for how Vaibhav Kala has been preaching, “limit numbers, levy a high entry fee that discourages the masses, only allow companies recognised with a good safety record to operate, strict removal of all non-bio degradable waste with heavy penalties in case of a default.”
Vaibhav Kala told The Outdoor Journal that this move to close Stok Kangri was possibly “necessary in the short term… to jolt everyone into some semblance of care and order. However, unless proper regulations are made, the same situation will now spread to Kang Yatse, the new Stok Kangri.”

“this Stok closure is not something we should have allowed to come to a point where it became necessary!“
Click to expand...

It’s this point about regulations and governance that informed commentators refer back to. As Akshay puts it, “[Tourism] needs a complete overhaul on the thought process of the local administration and operators. They have to decide on what kind of tourism they want in the long run. After becoming a UT they are all making the right noises as they have realised the long term damage being caused through unregulated tourism. They also have support from the Ministry of Tourism/Government of India who is pushing for quality and not quantity tourism”.
We asked Vaibhav how long it would take for the region to recover – His answer was to the point “As long as it takes outfitters and regulating agencies to wake up!” 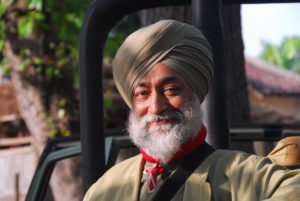 MANDIP AT THE KANHA NATIONAL PARK, MADHYA PRADESH, INDIA
Following the publication of this article, The Outdoor Journal heard from Mandip Singh Soin, Founder and Managing Director of Ibex Expeditions. Ibex was one of the first adventure travel experts to launch a company in India in 1979. Mandip started by stating that “this Stok closure is not something we should have allowed to come to a point where it became necessary!”
Much of Mandip Singh Soin’s comments echoed those of Vaibhav, Akshay and Vipin. When asked about alternative measures that could have perhaps been suggested, Mandip argued for better management of groups. “We could have also tried to limit the peak to perhaps one trip of 6 people every fortnight, being conducted under strict eco-friendly guidelines. With a goal to avoid scaring potential trekkers and avoid closures that can be extended again, and again as per the Nanda Devi biosphere. This would have needed a lot of coordination and cooperation amongst the tour companies and Government departments.”
Finally, when asked how tourism in the area can become more environmentally friendly and sustainable, Mandip advised that “Adventure tour operators need to take a pledge and follow eco guidelines that can be specifically developed by the Ecotourism Society of India, in cooperation with the Adventure Tour Operators Association of India. We also need to investigate a strict guideline on the number of people that can climb per day as it will enhance eco-friendly tours, in addition, to navigate any safety issues. A reduction of plastics, an increase of biodegradable products, an absolute return of all garbage, be it biodegradable or not (Ladakhs altitude and climate allows for very slow degradation) and also not to sell the trips to Stok at ludicrously low prices that allow no margin for eco actions like garbage removal, that cost money!!”
Cover photo: Stok Kangri as seen from the Shanti Stupa in Leh, Ladakh, India. Photo by Aksveer 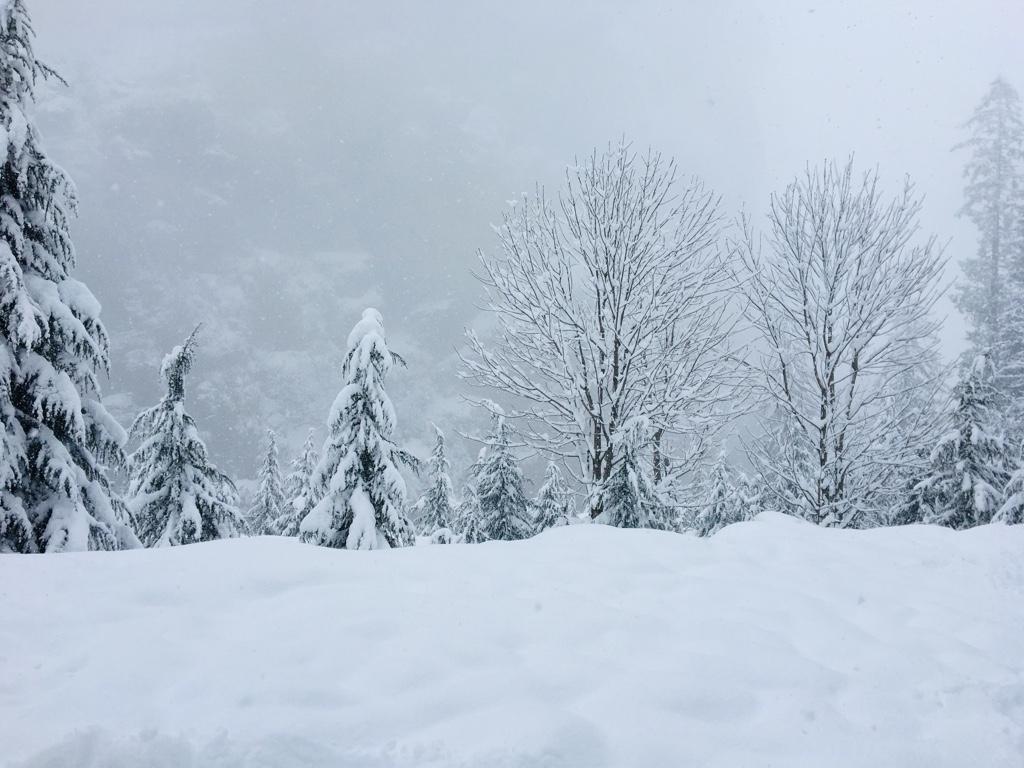 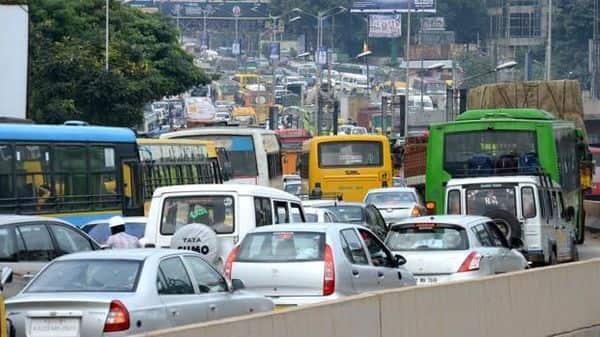 Bengaluru has the worst traffic in the world: Report

Bengaluru:
It's official. Bengaluru is the world's most traffic congested city. According to a report by TomTom, the Netherlands-based global provider of navigation, traffic and map products, India’s startup hub beat 415 other cities across 57 countries to earn the title in 2019.
“Bengaluru takes the top spot this year with drivers in the southern Indian city expecting to spend an average of 71% extra travel time stuck in traffic," TomTom said in the ninth edition of its annual Traffic Index.
The live tracking system indicated there are currently 291 traffic jams in the city, running up to 145.7 km. In 2019, a commuter spent an additional 243 hours in traffic while driving during peak hours. The report said during the time spent on roads, these people could have planted 244 trees, watched 215 episodes of Game of Thrones or watched 139 football matches.

Manila in the Philippines came a close second, with a similar average time spent by commuters in traffic.
Mumbai, Pune and New Delhi were the other Indian cities that also featured in top 10, taking fourth, fifth and eighth places respectively.
The report said Bengaluru recorded the least traffic on 6 April and the highest was on 20 August when it recorded 103% congestion.
The worst rush hours are reserved for Fridays between 7 PM and 8 PM. “Travelling after 8 PM on Friday could save you up to 5 hours per year (for a 30 minute commute)," the report said.
With never-ending construction to improve public infrastructure, Bengaluru has witnessed a steady decline in the quality of life due to dust, pollution, rapidly eroding green cover and toxic lakes among other problems.

The company said traffic congestion had increased globally in the last decade. The 239 cities that TomTom included in the new traffic index report showed increased congestion levels between 2018 and 2019, with only 63 cities witnessing a measurable decline .
“This global increase in congestion, despite being an indicator of a strong economy, is understood to cost economies billions," the report said.


Bengaluru has the worst traffic in the world: Report