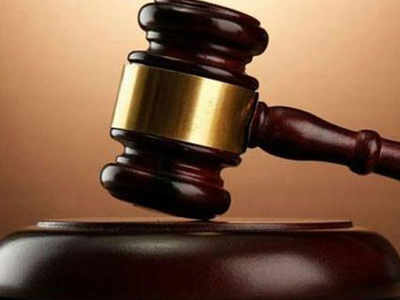 Image used for representational purpose only

MUMBAI: Bombay high court, in view of the extended lockdown, has directed that all interim orders operating till Thursday would be extended till April 30, and earlier demolition or eviction and dispossession orders passed by any court in the state would be held in abeyance till then.

The court also said arrangements for video-conferencing had been made since a week, and an e-filing facility was available. HC Chief Justice B P Dharmadhikari along with Justices A A Sayed, S S Shinde and K K Tated, passed the order on Thursday.

Early morning ppl, or a goodnight for me

Sent from my iPhone using Tapatalk

mountain lioness said:
Early morning ppl, or a goodnight for me

Sent from my iPhone using Tapatalk
Click to expand...

How to Survive 10 Nightmare Scenarios
Ever wonder how it feels to get attacked by a shark? Spend seven weeks lost in the jungle? Get buried by multiple avalanches? Brace yourself for 10 of the hairiest survival stories ever told—and the life-saving tips you can learn from them.

Mauled by a Cougar
Ihad never seen a mountain lion before, but I had always wanted to. I'd been told that if you saw one, you could just make noise and they would run; they don't want anything to do with you. But every now and then, you meet one that does.
Could You Survive?
Do you have the knowledge and wherewithal to survive truly life-threatening scenarios? Take this quiz and find out.

I was walking ten feet ahead of my 71-year-old husband, Jim, taking in the beauty of Prairie Creek Redwoods State Park, on the Northern California coast, when I heard this horrible, horrible scream. Men don't scream like girls do. This was a call of terror. By the time I turned around, Jim was already on the ground, and the lion was on his back with his head in her mouth. The next thing I remember, I was holding a heavy, eight-foot-long redwood branch. I was afraid of hitting Jim in the head, so I swung at the cat's body. I'm 66, but I swim a mile three times a week, play tennis, and hike. I'm strong for an old lady. But I hit her with all I had and she didn't flinch. So I screamed and kept hitting her while yelling at Jim to fight. He reached up to poke the lion in the eye and twisted her nose. She didn't let go until he grabbed her tongue. Then she locked her jaw on his face and shook. Each time he fought, she fought back harder.
"There's a pen in my pocket," he said. "Get it and stick her in the eye." We were both so hopped up on adrenaline, I wasn't surprised that he could manage to speak. I just knelt down and pulled the plastic ballpoint out of his pocket. I thought it would go right into the soft part of the lion's eye and that would do it. But when I tried, the pen just buckled. She held on. My shoulders ached, but I picked up the log again and jammed the jagged point straight into the lion's snout. She let go and turned on me. She crouched down, ready to attack, snarling. Jim's blood was all over her face and chest. I waved the branch above my head and screamed, and she turned and walked off the trail, disappearing into the ferns.
Jim's arms and face were torn, his scalp was down to the bone, and he was bleeding profusely. I needed to get him out. I helped him to his feet and started yelling at him to walk, tears running down my face. He was weak but did a good job of moving. In a third of a mile, we reached the parkway. I lay Jim down on the road, with his head on a T-shirt. The cellphone didn't work. I grabbed two logs and waited by his side, in case the lion returned. A car came and I ran into the road and pointed at Jim, screaming. They swerved around and passed. Five minutes later another one came, and I jumped out in front of it. They went for help.
Jim spent three weeks in the hospital, enduring four surgeries and a life-threatening infection. He still has stiffness and pain in his right hand, but it hasn't stopped us from hitting the trails. We celebrated our 50th wedding anniversary a month after the attack. Still together, telling people never to hike alone.

Expert Analysis: “I probably wouldn't hike in lion country without pepper spray or a knife. But the best thing they did was hike together. That fact saved the husband's life. And she did the right thing by yelling and making herself look larger. When you do that, mountain lions tend to want to get away.

“But they were also lucky. I helped with the necropsy on that lion, after she was captured. She was a juvenile, just 68 pounds. Females can reach 100 pounds. And they didn't know this, but there was a male lion in the area, too. If he had also attacked, it would've been different.”

—Jim Banks, wildlife pathologist with the California Department of Fish and Game
Click to expand...

How to Survive 10 Nightmare Scenarios

Stranded in the Snow for Eight Days
The snowmobiles passed me twice. I was only five feet off the road, but I was in a tree well, where I'd taken shelter under a blanket of branches. Snow from a blizzard the night before camouflaged my tracks.
I had been stranded for eight days. My core temperature had fallen to 88 degrees, I was dehydrated, and I'd lost 35 pounds. No strength to yell.
I had gone cross-country skiing near Steamboat Springs, Colorado, and was going downhill in a meadow. I wasn't moving fast, but I was moving quickly enough to make turning tricky, especially in snow that was rotting under the April sun.
My right ski punched through the crust and locked. There was no audible sound. It just felt like hitting your funny bone. But I pulled up my pant leg and saw the lower bones in my right shin twisted beneath the skin.
I grabbed an herb called arnica that I always carry in my pack to prevent shock, then I took a moment to think. It was Sunday. I had told my neighbor where I would be skiing but not when to expect me back. I had matches, a magnesium bar, a lighter, a whistle, some nuts and dried fruit, two energy bars and some chocolate, a half-full CamelBak, two knives, a hat, four layers of wool clothing and a nonwaterproof shell with a hood.
I put on all my clothes, then wrapped a knee pad around my broken shin and used my backpack as a splint. I wanted to get off the snow, and there was dry ground back in the meadow, but there would be a better chance of snowmobile traffic along the road.
From a sitting position, I worked out a crawl using my left leg and right elbow, and about 20 minutes after the fall, I started to move. Two hours and 500 feet later, I saw a deep tree well just off the road. It would soon be dark, and I needed shelter. I crawled in and spread some branches on the ground. I drank all my water, then built a fire, which lasted through most of the night. I got cold, but surviviving that first night gave me confidence.
Then the pain came. My leg muscles cramped and the bones ground together whenever I moved. I tried to build another fire, but I was out of matches, and the plastic lighter melted when I held it down too long trying to light wet leaves. I still had the magnesium bar, but the shavings scattered because I was shivering so badly. I discarded what I had heard about not eating snow, because I needed water. My neighbor was supposed to go out of town on Tuesday. So by Wednesday I realized she hadn't reported me missing.
Over the next few days, I inchwormed more than half a mile. One day I crawled for 13 hours, convincing myself not to give up by thinking of the anguish others would feel if I died. I spent the nights in tree wells, but the shivering made it hard to fall asleep.
My neighbor came home Sunday night and called search and rescue.
When I heard the engines stop the next morning, I blew my whislte three times. I saw someone and waved from beneath the tree. He said, "Are you Charles Horton?" I said, "If I'm not, are you gonna leave me here?"
—Charles Horton, as told to Joe Spring

Expert Analysis: “Never go out alone without telling someone where you're going and when you'll be back. As for supplies, the whistle was key. In those temperatures, it would have been pretty easy for him to use the sun and the supplies he had to melt snow for water. Everyone should learn how to do that.”