Agra administration all geared up to demolish locust invasion
4 views
•May 24, 2020


#India #Agra #UttarPradesh #HornofAfrica #COVID19 #NaturalDisasters
Agra (Uttar Pradesh), May 25 (ANI): The Agra administration is all geared up to demolish locust invasion in the district. The agriculture department has geared up to spray chemicals in order to prevent damage to the crops. “We have procured almost 1,000 kilogram pesticides and arranged 205 tractors to demolish locust invasion,” Ram Pravesh, District Agriculture Officer said. Beside this, an advisory has also been issued to the farmers. Amid the COVID-19 pandemic, response to natural disasters is expected to be tested again this summer when a giant locust storm from the Horn of Africa is expected to attack farmlands.

SpaceX Crew Dragon will carry its first astronauts on Wednesday

You can now add nostalgic app icons to your iPhone 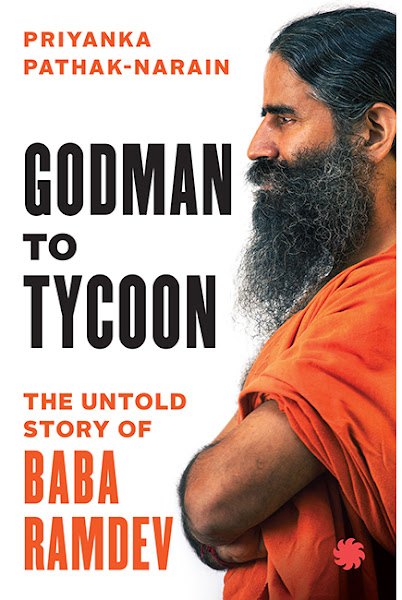 Priyanka Pathak-Narain is a journalist who covered religion and business for the newspaper Mint for several years. In her book, Godman to Tycoon: the Untold Story of Baba Ramdev, Pathak-Narain covers his rise from a yoga guru in Haridwar to founding and running what is now India’s second-largest fast-moving consumer good, or FMCG, company—the Patanjali group. She writes about how he secured prime slots at devotional channels such as Aastha TV; his role in the anti-corruption movement of 2011; as well as the crimes that appear to surround him—including the mysterious deaths of his two associates, Rajeev Dixit and Swami Yogananda, and the disappearance of his guru, Shankar Dev.
Pathak-Narain writes in the book that Ramdev can be credited in large part for the revival of the Ayurveda practice in India. This revival has brought him colossal profit—the Patanjali group’s revenue recently crossed Rs 10,000 crore, leaving behind giants such as ITC, Godrej and Britannia. At the core of Ramdev’s business is a “swadeshi” outlook—he relies on the idea that Patanjali’s products are made from indigenous sources, and not only incorporate ancient Indian secrets to good health, but weaken the hold of foreign multinationals over Indian consumers. But these claims may be unfounded, Pathak-Narain writes. In the following extract, she recounts a conversation with SK Patra, a former chief executive officer of Patanjali Ayurved, in which he says that Ramdev’s famous “cow ghee” may not be cow ghee at all.
Update: On 4 August, a district court in Delhi granted an ex-parte injunction—in which the publishers were not asked to present their side—against the book. Juggernaut's response to the injunction, which includes a list of sources and interviews Pathak-Narain used for the book, is available here. The injunction was lifted on 28 April. Subsequently, the Delhi High Court restored the injunction order on 10 May.
By the time 2013 rolled around, Patanjali Ayurveda factories were churning out 500 products, and hundreds of new products were being tested. Thirty scientists at Patanjali laboratories were innovating food products, Ayurvedic medicines and cosmetics every day. A steady stream of products went into Ramdev’s office for his personal inspection and approval.
Then, according to SK Patra, the CEO who helped lay the foundations for Patanjali’s phenomenal growth, came a big bang—honey. “We simply bought honey from many different suppliers, refined it, processed it, packaged it, put our label and sold it. As Patanjali honey was the cheapest it quickly swept up the market,” says Patra, explaining that it was the success of honey that made him think of ghee—a product that was destined to catapult Patanjali into the big league.

When he found a ghee producer (who worked earlier for a competing brand, Gowardhan), Patra hired his plant at first. It took him only days to realise the demand was explosive. “We needed to expand production within days! We started sourcing white butter . . . in truckloads . . . A few hundred tonnes was produced at first. Now, every day, Ramdev is manufacturing 100 tonnes of ghee. Can you imagine? And every ghee bottle is giving him a profit of fifty to sixty rupees. Each one,” says Patra.
Startlingly, according to Patra, what Patanjali often sells as “cow” ghee is not cow ghee at all. It is actually ghee that is made from white butter that is, in turn, made of the milk of various animals, not just cows, that is procured from small and marginal producers in various parts of the country, including Maharashtra and Karnataka. (White butter precedes ghee in the production process and is not as nutritious. While white butter contains butterfat and milk solids, ghee contains only butterfat. If white butter is cooked until all the milk solids are caramelised and strained, you get ghee. Ghee, now proven to be lactose- and casein-free, is not only a stable, nutrient-rich fat, but also a source of good cholesterol.)
Nandini, for instance, a milk brand owned by the Karnataka Co-operative Milk Producer’s Federation, is reportedly one of the largest suppliers of white butter to Ramdev. It collects milk from 23 lakh milk producers in 22,000 villages of the state and does not separate milk based on its source (as cow milk, buffalo milk or goat milk).
So the white butter that reaches Ramdev’s factories is derived from the milk of not just cows but buffaloes and goats too. All that Ramdev does to it is melt the sourced white butter, strain it and add some herbs to it to convert it into ghee. Ramdev “claims this is all cow’s ghee . . . but who knows? Is it cow ghee or buffalo ghee or goat ghee . . . even Ramdev does not know! He cannot know! But there it is . . . 1500 crore of his business,” remarks Patra.

Ramdev goes one step further. He sells his ghee as desi cow ghee. The distinction of the source of milk is important and has far-reaching ramifications on health. According to Keith Woodford, professor of farm management and agribusiness at Lincoln University in New Zealand and author of Devil in the Milk: Illness, Health and Politics of A1 and A2 Milk, there is a clear link between the milk we drink and a range of serious illnesses such as diabetes, heart disease, autism and schizophrenia. Woodford asserts that mixed breed cows, such as jersey cows, contain the A1 beta-casein, which triggers an adverse reaction in the human body when digested. On the other hand, the milk of many herds of Asia (including local Indian pure breed cows such as the Bos indicus) contain A2 protein—which is safer for human consumption.
Yet when Ramdev sells a kilo of what he calls “Desi Cow Ghee,” not only can he not be sure that it is “desi”—he cannot even be sure that it is cow ghee.
Ramdev’s vision for Patanjali is that he wants to produce everything that an ordinary Indian needs from sunrise to sunset. Patanjali Ayurveda even produces salt. Salt is a 10,000-crore-rupee organised industry in India. Under Patra, Patanjali Ayurveda tied up with a salt producer in Gujarat. Ramdev began to buy in bulk from them, iodise and pack the salt, and sell it. Today while a one-kilo packet of Tata salt costs Rs 20, Aashirwad Rs 18 and Saffola Rs 31, Patanjali sells it for Rs 12.
So what’s their secret? According to Patra, “Baba never cared about what the market prices were. For any product pricing, he was personally involved. He would ask how much it had cost to produce something. Then with a slim margin—he just wanted to sell.” Gunendar Kapur agrees, “He doesn’t seem to care much about the money, he cares about his own legacy. His margins are very, very low. For formal companies a profit after tax of less than 15 per cent is too low. Their investors will not be happy with that kind of a performance . . . Ramdev does not have such a limitation.”


This is an excerpt from Godman to Tycoon: The Untold Story of Baba Ramdev by Priyanka Pathak-Narain, published by Juggernaut Books. The book is available in stores and on www.juggernaut.in.

Priyanka Pathak Narain graduated from Columbia Journalism School in 2007, and wrote about the business of religion at Mint between 2007 and 2013. She won the CNN Young Journalist Award for her coverage of the Setusamudram channel project in 2007. A contributing writer for Dharavi: The City Within, she occasionally writes for the New York Times and the Condé Nast Group.

AT ABOUT TWO IN THE AFTERNOON on 23 January, Parminder Singh received an email from a prospective client in Spain. From behind a desk in his office, a converted apartment above an inner lane of Delhi’s Patel Nagar market, he turned his computer screen around to let me see it. The client wanted to buy a “spy wallet”—a leather wallet with a tiny camera planted inside. Singh was just the person for the job. He copied product and pricing details over from an old file, and shot off a reply.

Patel Nagar market is the unofficial capital of India’s burgeoning spy-device trade, and Singh, cheerful and middle-aged, is its most prominent figure. Singh’s company, Action India Home Products, offers GPS trackers, minute Bluetooth earpieces described as “exam cheating devices,” audio and video recorders of various sizes and shapes, and much more—and handles both individual and wholesale orders. Many of the dozens of smaller spy-device retailers in Patel Nagar told me they sourced their merchandise from Singh. Action India’s web team runs twenty-odd retail websites, and the company’s clients, Singh boasted, have included corporations such as Star, Reliance and ITC. Singh also enjoys a degree of personal fame—following a 2012 video sting that caught several domestic cricketers admitting to foul play, he was invited to demonstrate the latest spying technology on several television news shows. With his domestic empire secure, Singh is rapidly taking his business global.

“Most of the business is now done online,” Singh said. “The actual footfall is very less.” “Only yesterday we received one for Rs 2.5 lakhs,” his secretary volunteered. Singh handed me his phone, which rang constantly, to show a payment of almost $2,000 that had just landed in the company’s PayPal account. His biggest order so far was from the United States, for Rs 7 lakh. “Check if that Pakistan order has come through,” he called out to a member of his dozen-strong staff in an adjoining room. Stacks of boxed products crowded the office.