Reliance Jio is planning to launch a 5G smartphone for less than Rs 5,000 and gradually reduce the price to Rs 2,500-3,000 a unit when it scales up the operation, according to a company official.

Jio was the first company that launched 4G mobile phones in India free for consumers where they were required to pay a refundable deposit of Rs 1,500 for a Jio Phone.
Reliance Jio is planning to launch a 5G smartphone for less than Rs 5,000 and gradually reduce the price to Rs 2,500-3,000 a unit when it scales up the operation, according to a company official. The company will target 20-30 crore mobile phone users who use 2G connection at present. “Jio wants to bring the device for less than Rs 5,000. When we scale up the sales, it can be priced in the range of Rs 2,500-3,000,” a company official said on the condition of anonymity.

An email query sent to Reliance Jio did not elicit any response. At present, 5G smartphones are available in India in the price range starting from Rs 27,000. Jio was the first company that launched 4G mobile phones in India free for consumers where they were required to pay a refundable deposit of Rs 1,500 for a Jio Phone. At 43rd Annual General meeting, Reliance Industries Chairman and managing director Mukesh Ambani had asserted to make India “2G-mukt” (free of 2G connections) and emphasised on the need to accelerate migration of 350 million Indians (currently using 2G feature phone) to an affordable smartphone, at a time when India stands at the doorsteps of the 5G era.
Ambani had also announced Rs 33,737 crore investment by Google for a 7.7 per cent stake in Jio Platforms, and said Jio will partner with the US tech giant to build an Android-based smartphone operating system.

The company is also working on its own 5G network equipment and has asked the Department of Telecom to allocate it spectrum for testing before exporting these products. The government is yet to heed to the request of Reliance Jio.


At present, India does not have 5G services and the government has not even allocated spectrum to telecom operators for running field trials aimed at promoting domestic ecosystem for the next generation technology.

Reliance Jio is planning to launch a 5G smartphone for less than Rs 5,000 and gradually reduce the price to Rs 2,500-3,000 a unit when it scales up the operation, according to a company official.

#TheTechieGuy
Need to get faster wifi and faster internet? Is your gaming lagging and your zoom buffering? Whats a Mesh WiFi and WiFi 6 anyways? Don't worry - I got you.
Here is where I show you all you need to know about faster and better connectivity with best router settings, wifi optimization, wifi tips and internet bandwidth performance tricks and even boosting speed apps.
If you also want to know about which phone you should buy, I got that for you too!
The latest Samsung Galaxy S9, S20 Ultra, Galaxy Note 10, or Google Pixel 4 XL? or perhaps the Apple iPhone 11 vs OnePlus Pro? If you also want to know the best cell tips and tricks then you are definitely in the right place!

My name is Liron Segev, aka TheTechieGuy, and I make tech simple for everyone to understand - I answer your technology questions making so you are more productive more efficient and getting more out of your phones, gadgets, and apps

So you think you have this whole "computer" thing handled? Think again.

Train services across India could halt for 2 hrs on Thurs

Unions announce biggest strike in 46 yrs if the Centre does not pay bonus to workers .

services across India could come to a halt for two hours on Thursday, October 22, if the railway ministry decides not to pay PLBs, or productivity-linked bonuses, to railway employees, union leaders have warned.

If the strike goes ahead, it would be the first time that railway services across the nation have come to a halt in 46 years - “Better jail than rail,” the then leader of the railwaymen’s union, George Fernandes, declared in an effort to galvanise railway workers in 1974, following which soon Emergency was declared.

“If bonus is not declared by October 21, we will be forced to repeat the history of 1974,” said Shiv Gopal Mishra, general secretary of the All India Railwaymen’s Federation (AIRF). “This will be the first time after 1974 when wheels of all trains across the country will come to a stop.”

Bonus was a prominent issue included in the Charter of Demands placed during the historic railway workers’ strike in 1974, a senior union official told Mirror. “The government finally approved it in 1979. Since then this variable bonus has been given to railway staff every year before Durga Puja,” he said.

“If the authorities do not take appropriate decision by October 21 [Wednesday] about the bonus, the whole railway staff, including those responsible for essential services in Mumbai, will stop movement of trains for two hours on October 22,” said Venu Nair, general secretary of Central Railway’s National Railway Mazdoor Union (NRMU).

The NRMU is affiliated with the AIRF, one of the largest trade unions of Indian Railways.

“The unfortunate callousness shown by the railway ministry to declare the bonus to railwaymen for the period 2019-20 has created strong resentment among the staff. The NRMU and AIRF took up this issue for detailed deliberation during the standing committee meeting of the AIRF, held on October 16, 2020,” added Nair.

“The best efforts of railway staff, which has contributed to the excellent performance of the railways in terms of revenue generation for the year 2019-2020, was analysed in the meeting and their continued efforts even during this Covid-19 crisis are apparent in the results,” said another union leader.

“After detailed discussions, the standing committee of the AIRF unanimously decided to give a call for observance of All India Bonus Demand Day on 20-10-2020 whereby the railwaymen across the country will be explained the contemporary situation and the lethargic attitude of the railway ministry to address the issue. It is also decided that if a positive decision is not taken by the concerned by October 21, 2020, the whole railway staff of the country will stop the movement of trains for two hours on October 22, 2020, as an indication of future struggle movement to achieve the non-compromizable rights of railwaymen,” Nair said.

On October 17, Dr M Raghavaiah, general secretary of the National Federation of Indian Railway Men, sent a letter to the chairman of the Railway Board stating that if the bonus was not paid by October 21, railway workers would be forced to take “direct action”. 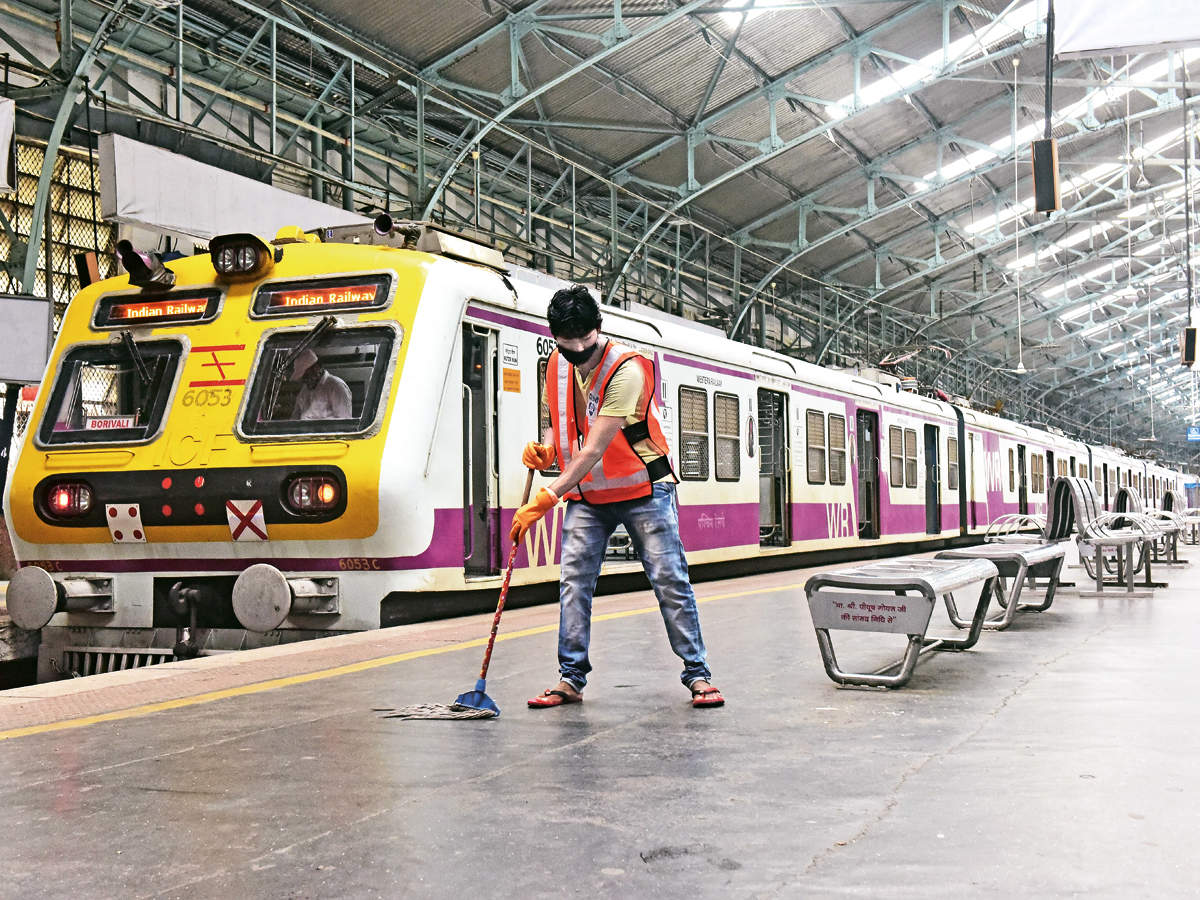 Train services across India could halt for 2 hrs on Thursday

Train services across India could come to a halt for two hours on Thursday, October 22, if the railway ministry decides not to pay PLBs, or productivity-linked bonuses, to railway employees, union leaders have warned.