Here is a good read for you. (A blog I follow, mostly very good, and lovely photos.) (And reference to Chennai always gets me!)

Wandering Lenasia with the Purple Pimpernel 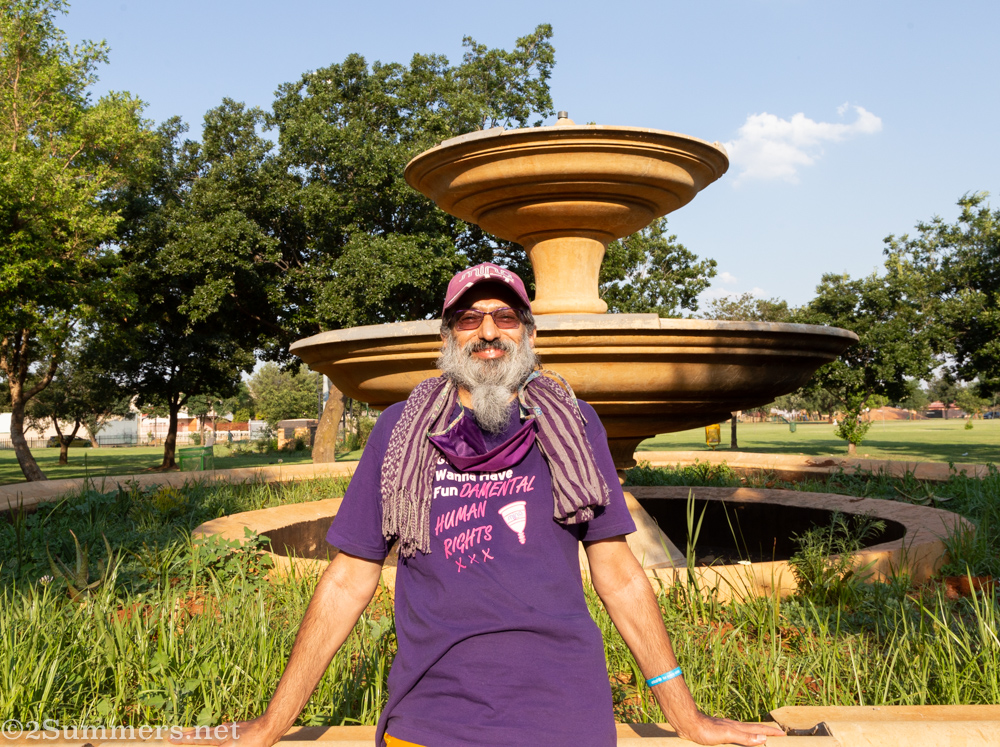 "Faarooq is one of those people who makes me happy I live in Joburg, as I wouldn’t meet someone like him in any other place. Faarooq is — or has been at some point — a virologist, a U.S. government employee, an artist, a dancer, a cultural guide/city explorer, an anti-apartheid spy, and a spokesperson for the Mina menstrual cup (yes, you read correctly). I imagine he is many other things too but he hasn’t had a chance to tell me yet.
Faarooq’s nickname is the Purple Pimpernel; I asked him why and the answer was a magical, meandering story about ballet and life in Soho is the 1970s. I can’t recount it here but I recommend asking Faarooq if you ever meet him."

Researchers Found One Way That Long-Term Marriages Get Happier
Lighten up. Have a laugh. It’s worth it.
Quartz 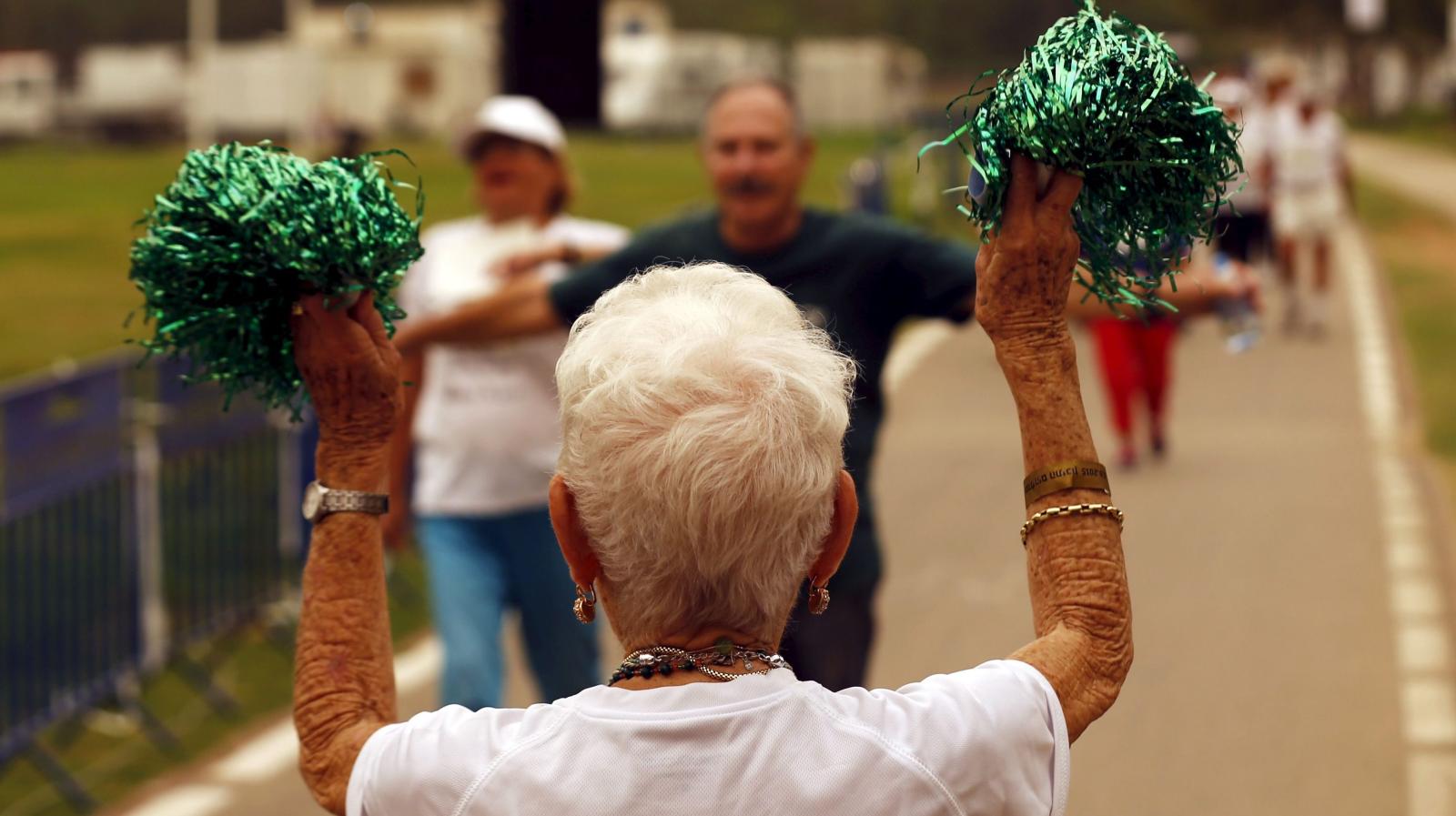 Try jeering from the sidelines. Photo from Reuters/ Baz Ratner.


It turns out that a long, happy marriage resembles a slow-moving rom-com, one that plays out over decades.
The first few years of a marriage are rife with conflicts, but the emotional weather eventually changes, according to a 2018 study by psychology researchers at UC Berkeley. In time, humor—friendly teasing, jokes, and silliness—becomes more prevalent, and bickering and criticisms decline.
These findings, which must be among the sweetest to enter the crowded field of relationships research, were reached after psychologists analyzed videotaped interactions of 87 couples who had been married 15 to 35 years, and followed them over 13 years.
The study’s conclusions contradict an existing theory that positive emotions fade over time in a long relationship, point out the co-lead authors, Robert Levenson, a UC Berkeley psychology professor, and Alice Verstaen, a postdoctoral fellow at the VA Puget Sound health center. However, they align nicely with other recent longitudinal studies that show a U-shaped pattern of happiness in lengthy marriages. The questions of how unions change, and what triggers different twists and turns, are not settled, they write.
Importantly, jokes and gentle humor were not the only heroic behaviors that showed up in greater abundance in the marriages they followed. All the positive ways we can behave toward someone became more evident as the years passed, but primarily humor, enthusiasm, and validation (actively listening to and understanding your partner). Criticisms dropped off, as did the truly toxic, divorce-courting habits like stonewalling. Men demonstrated less anger, and women less contempt.
One outcome of the study was more in keeping with grimmer perceptions of marriages: Older couples were not more affectionate with each other. They either exchanged about the same number of caring statements and compliments through the years, or, wives offered fewer of them. But there was a silver lining here, too: Those trajectories, the researchers write “offer support for the idea of love evolving as adults age.” Psychological studies—and, I’m guessing, anecdotal evidence from the long-married couples you know—have proposed that couples start off with a sense of passionate love that morphs into “companionate love” in time. Humor, they say, is arguably an expression of the second kind of devotion.
It’s worth keeping in mind that the study had several limitations, including a relatively small sample size, and a limited representation of marriage. It did not include same-sex marriages, for instance, or couples going to marriage counseling. It also only dealt in averages.
And of course companionable humor is no guarantee of a relationship’s longevity. Anecdotally, it’s easy to point to couples that survived decades without a hint of shared laughter or goofiness, or ones that ended despite a healthy quotient of humor and compassionate behavior.
However, the study’s strengths, compared to similar research, give it credence too: The couples’ interactions were coded by an observer, so the results didn’t rely on self-reported measures. Also, the team quantified behaviors, not subjective constructs like “satisfaction” or “happiness.”
Perhaps the main takeaway is that everyone is taking themselves a bit too seriously. It’s worth remembering that the next time you find yourself in a spat with your significant other—and trying to look for the humor in the situation. Perhaps your weekly argument is just an inside joke waiting to happen.

Lila MacLellan is a reporter for Quartz at Work, covering leadership, wellness at work, and management topics.

Are you still happy with your Note 9? / Would you still choose it again now?

Amaazingggg experience, definitely was proud that we made it till this point!
Want to know more check it out !!