Vikas Sachdeva
5.99K subscribers
Edited by me on Filmora X This vlog is all about an amazing village (Chehni) and a historical structure (Chehni Kothi) in Tirthan valley. How did we get there after damaging our car.? How did we manage to stay there on karwachauth without any hotel or airbnb? Watch full video to know everything. Please Like and Subscribe to support our channel. Our Instagram - https://www.instagram.com/vikassachdeva - https://www.instagram.com/aakankshakh... Our Facebook: https://www.facebook.com/vikas.sachdeva2 https://www.facebook.com/akanksha.kha... Twitter: https://twitter.com/Vikassachdeva1 Music from : Epidemic Sounds To get one month free trial, Click on - https://www.epidemicsound.com/referra... Business email: [email protected]

In August 2019, we went to Valley of Flowers, Uttarakhand. This gem of nature's beauty is located in Chamoli district, about 4 km from Ghangharia village. We reached Haridwar by bus, and from there took 10 hours drive to Joshimath. From there we went to Govindghat and started a 10 km trek to Ghangharia. The next day, we started the trek to Valley of Flowers. Don't miss this beautiful place and share your feedback.

No Google Android: e OS Claims No Tracking, Popular Apps and Good UI, But Does it Succeed?
Shouvik Das 6 hours ago


Earlier this year, big data researcher Douglas Leith of Trinity College, Dublin published a set of findings in partnership with Ars Technica, where he claimed that Android phones pinged Google servers with user telemetry data about once every 4.5 minutes. He further went on to claim that Android collects almost 20x the amount of data as Apple. While Google (as well as Apple) objected to Leith’s findings, his data is considerably well corroborated in numerous reports. One such party is the /e/ Foundation, which states that Android phones have active trackers that ping Google at up to 90 times per hour, especially when a device is active. It is this severe level of data collection that the non-profit foundation’s privacy centric /e/ OS aims to make people aware of.


What is /e/ OS
Founded by the creator of Mandrake Linux, Gael Duval, /e/ OS focuses squarely on privacy and on replacing Google from a smartphone. It is backed by the /e/ Foundation, the holding non-profit company that has kept all of /e/ OS’ developments open source. The central promise of the operating system is to help you prevent Google from being able to see where you are and what you do, all the time. It is a fork of Lineage OS, a similar AOSP operating system, and it claims to give plenty of apps, a good, helpful user interface, chat-based support and reduced tracking.

To do this, though, /e/ does require the user to make a number of compromises. For one, it’s not available for all phones, so unless your phone is within the list of those that /e/ supports right now, you’re out of luck. If you do have an eligible phone at hand, you will then need to go through a fairly complex process of rooting your phone and installing the new OS on it. There are a number of complications in this process, and this itself can limit the general accessibility of this tool. The final compromise is the biggest of all – if you are heavily dependent on Gmail for your everyday stuff, /e/ OS won’t quite be your thing.

The promise of privacy
The central issue that /e/ OS addresses is the sheer amount of data that Google collects on average from an Android phone. Numerous reports have cited the data collection practices that Google employs, even though the company vouches that it doesn’t take more data than necessary, and treats that with ample safety, too. However, the truth is that any data collected from you is commoditised and sold off to advertisers for commercial gains – be it by Google or by Facebook.
To this extent, /e/ OS does a fairly decent job of reducing what Google can know about you. It starts with location tracking – as part of network and overall telemetry data, key identifiers of your location are often included in data packages relayed to servers. While any network provider would do this to ping the nearest cell tower and keep you connected, privacy advocates have argued that handing the onus to a corporate entity such as Google gives it lopsided power over your, and the society’s collective data. With /e/ OS, a large part of this data collection is avoided, or at the least, reduced.
Reports and reviews of /e/ OS on numerous forums have undertaken data package analysis to reveal that /e/ OS does largely limit data that is sent over to Google servers. A big part of this privacy claim is /e/ OS’ switch to third party apps from default Google apps. To offer popular apps, /e/ uses microG – an open source mobile service. The /e/ app store largely features third party apps that are scrolled from Clean APK or APK Pure (more on this later), and this means that despite not having Google services, /e/ OS does have plenty of the most popular third party apps – such as Netflix, Uber, Signal, WhatsApp and so on.
This, though, is /e/ OS’ biggest conundrum – which the OS itself does not ping Google to send data, most of the third party apps are looped into using Google and Facebook’s APIs. Hence, if you wish to use some of the most popular apps, it is practically unavoidable to retain complete privacy from Google’s prying eyes. The /e/ OS claim is, therefore, largely relative – it does make things partially better, but the use of most apps mean that at least some amounts of intermittent data will be sent to Google. It does, however, relieve some amount of round-the-clock surveillance that using a standard Android build brings.

The good and the bad
Beyond privacy, /e/ OS is a mixed bag of appreciable points and factors that are work in progress. For a start, the /e/ OS app support gives you access to plenty of popular apps. A number of India specific apps are missing, such as banking and digital payment apps, but for general, globally popular apps, there’s plenty on offer. /e/ also keeps the software regularly updated with security updates, making things more reliable.
Then, there’s the interface. The /e/ OS usage experience is actually quite good, being more than usable and often actually quite ergonomic. It is easily to personally configure, and makes for a pretty good smartphone experience to have. It does not feel like a scratchy AOSP build, which is its biggest strength. The OS also offers its own email account and cloud storage and data sync via NextCloud, therefore giving users an easy option to sync its data across multiple devices.
The difficult bits, however, are present in parallel. For one, /e/ OS does not let you uninstall or hide its default apps, even if you never use them. Then, there is a big question mark over the third party apps that are available on the /e/ app store. /e/ lacks clarity in the sourcing of the third party apps, and it is not quite clear if the apps are offered by the developers directly, or even assigned regular software updates and patches. Given the present cyber security climate, this can be a major, alarming point to consider.


Final verdict: is it worth it ?
To be honest, it is. All shortcomings considered, /e/ OS makes sure that the over-dependence on Google is reduced to a large extent. It does not send much of your data to Google arbitrarily, which makes the overall usage much safer. On top of that, you get access to most of the popularly used apps, which you can download and use if you really need to. The presence of cloud sync means data shifting and backup is pretty usable, too.
/e/ OS does miss out on key aspects such as verification of apps on offer, a complicated setup process and a limited number of devices supported right now. However, if you can make do with these compromises, /e/ OS is definitely worth it if you’re concerned about the growing threat to your privacy today.


No Google Android: e OS Claims No Tracking, Popular Apps and Good UI, But Does it Succeed?


A man from Mumbai had quite a lucky day earlier this week as he placed an order for mouthwash from Amazon and received a smartphone instead. Twitter user Lokesh Daga tagged Amazon India in his post and shared a screenshot of his order as well as a picture of the Redmi Note 10 that he had received in place of his original order.
Lokesh Daga had placed an order for four Colgate mouthwash bottles, priced at Rs 396 on Amazon, on May 10. The Redmi Note 10 that he received is worth Rs 13,000.
"Hello @amazonIN. Ordered a colgate mouth wash via ORDER # 406-9391383-4717957 and instead of that got a @RedmiIndia note 10. Since mouthwash is a consumable product, returns are restricted and am unable to request for return via the app," Lokesh Daga said in his post on Twitter.

Also, he added, "However, on opening the package, I can see that the packaging label was mine but the invoice was of somebody else's. I have emailed you as well to get the product delivered to the right person."

Lokesh Daga's post swiftly went viral with several likes and retweets while social media users shared their thoughts in the comments section. Some of the comments, in fact, are quite hilarious.

Lokesh Daga on Twitter: "Hello @amazonIN Ordered a colgate mouth wash via ORDER # 406-9391383-4717957 and instead of that got a @RedmiIndia note 10. Since mouth was in a consumable product returns are restricted and am unable to request for return via the app(
1/2) https://t.co/nPYGgBGNSR" / Twitter 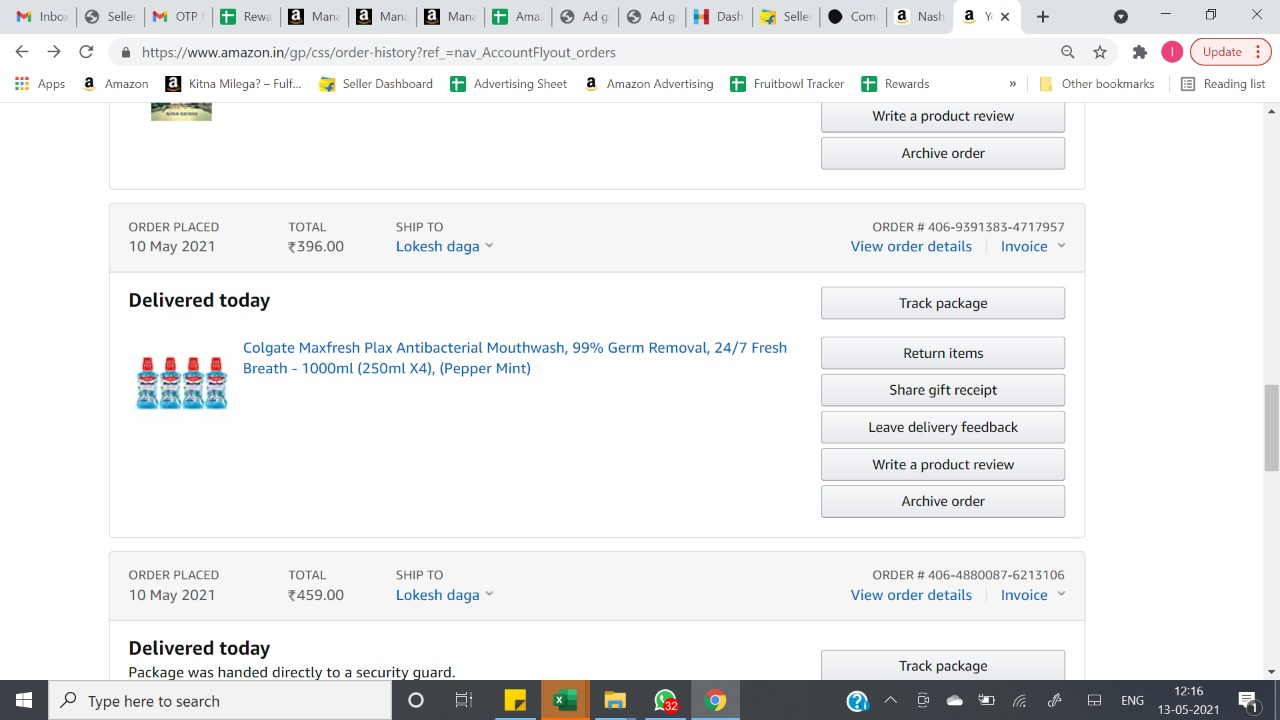 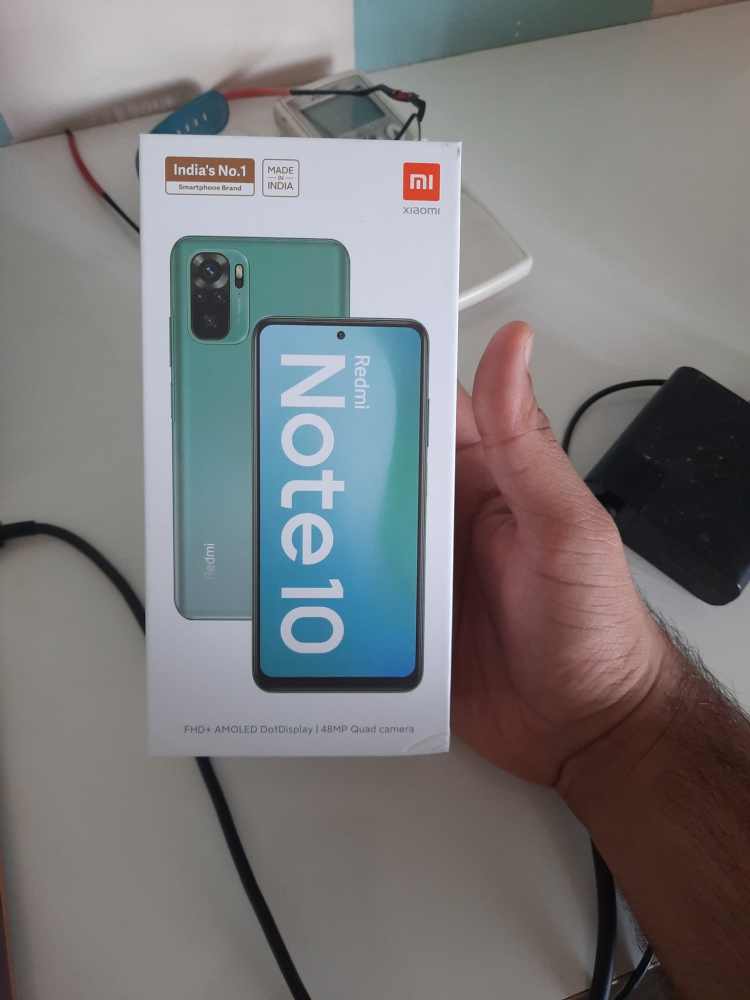 
However on opening the package I can see that the packaging label was mine but the invoice was of somebody else's. I have emailed you as well to get the product delivered to the right person. 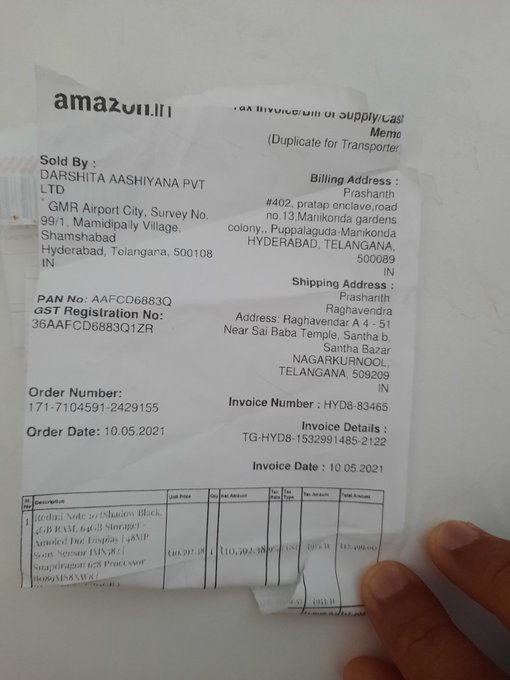 The sheets and sites are all getting updated everyday.

Lake Berryessa is the largest lake in Napa County, California. This reservoir in the Vaca Mountains was formed following the construction of the Monticello Dam on Putah Creek in the 1950s. 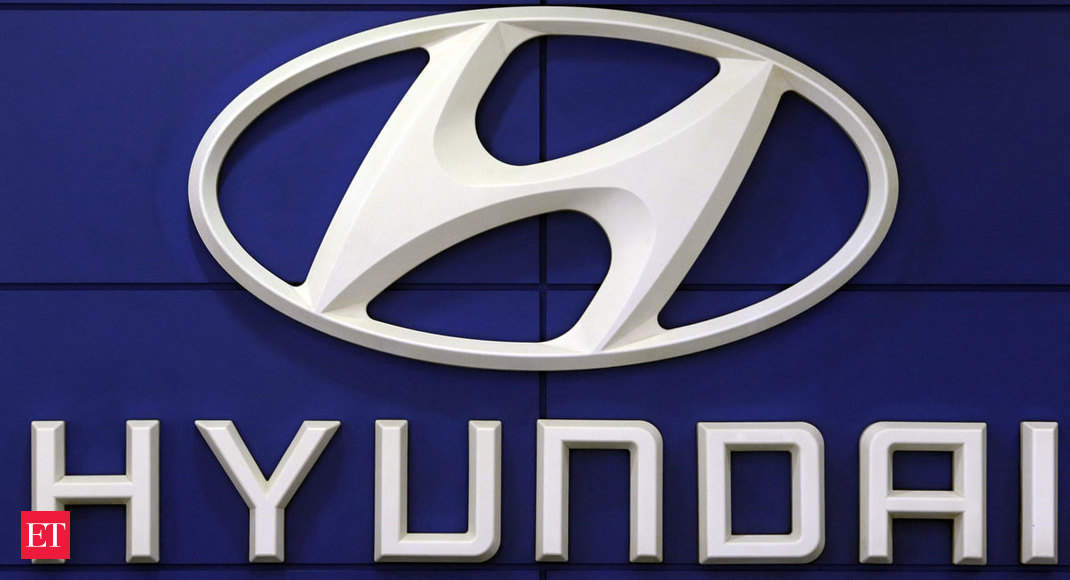 The initiative has been taken in line with the automaker's support to customers across the country during these challenging times, the company said in a statement.