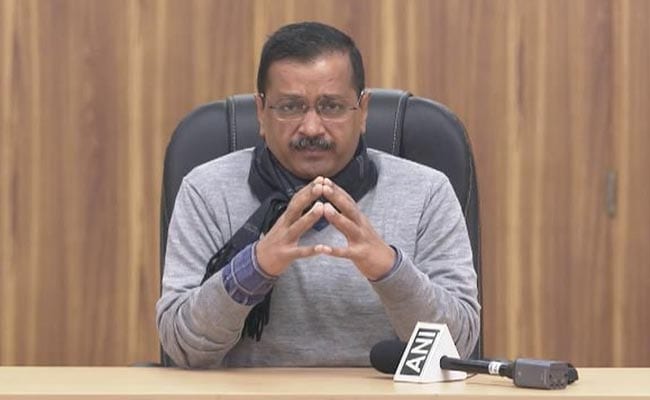 New Delhi:
Delhi government will hoist 115-foot tricolours at 75 locations across the city on January 27 to celebrate the 75th anniversary of the country's independence, PWD Minister Satyendar Jain said on Tuesday.
The installation of the high-mast national flags is being done by the Public Works Department (PWD) under Delhi government's "Deshbhakti Budget" to celebrate India's 75th year of independence.
"To celebrate the 75th anniversary of the independence, the Delhi government, under the leadership of Chief Minister Arvind Kejriwal, has decided to hoist 115-ft high tricolours at Delhi's 75 locations. This step will instil the feeling of patriotism among crores of people of the country," Jain said in a tweet in Hindi.
He attached a video along with the tweet in which the process of installing the flags and their importance is shown.
A Delhi government official said an inauguration ceremony to mark the occasion will also be organised on January 27.
A PWD official said the project entails the installation of high-mast tricolours at 500 locations across Delhi of which 75 will be hoisted a day after the Republic Day and the remaining by March 31.
The official said the flags will come up at public places like parks, school buildings, market complexes, residential complexes, and open grounds.

He said the spots where the flags will be hoisted have been selected meticulously to ensure that they are visible at every two to three kilometres.
These high-mast flags will be set up on the lines of the 200-ft high tricolour at the Central Park in Connaught Place.
In March last year, the Delhi government had announced its annual budget -- themed on patriotism and named "Deshbhakti budget" -- under which ₹ 45 crore was set aside to install high-mast tricolours at 500 locations across the national capital.

Later in September last year, the Aam Aadmi Party (AAP) government increased the budget and approved an amount of ₹ 104.37 crore for the project.

Nirmal Dhaba Location: on National Highway, just 5 minutes before Sirhind if you are going from Rajpura side.
Google map location: https://g.page/Manjindersinghji?share

-----About Bhooka Saand-------
Pujneet Singh is the owner of this food channel Bhooka Saand. Pujneet by profession is a techie and working as IT Head in a US firm in New Delhi. Monday to Friday he devotes his time to his well-established IT job and on Weekends he works for his YouTube Channel.
Facebook: https://www.facebook.com/bhookasaand Instagram: https://www.instagram.com/bhookasaand Email: [email protected] Whatsapp: +91 8287131456 (Only chat - not for calls)

Covid restrictions in Delhi will be lifted soon, Chief Minister Arvind Kejriwal said today. Some traders had met him last week and requested that weekend curfews - from 10 pm on Fridays to 5 am on Mondays - and the odd-even rule for the opening of shops be lifted, he said. The capital will record a 10 per cent infection rate today, he added. The maximum was 30 per cent, on January 15.

Road Status:
1. Dalhousie-Khajjiar Road is completely closed for all kind of vehicles
2. Banikhet-Dalhousie road is open only for 4*4 (4WD) vehicles
3. Pathankot-Chamba road traffic is being diverted at Nainikhadd and Goli via Samleu for all vehicles
4. CHAMBA-PATHANKOT NH is very slippery due to snow around Banikhet
All are advised to travel only if really necessary.

Hope u will enjoy